INTERVIEW WITH BRUCE MASEFIELD OF SASSOON 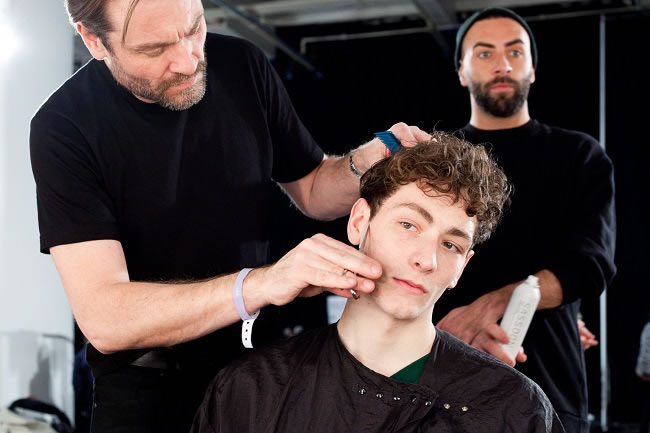 When a buyer sits on the Front-Row of a runway show they aren’t looking at the clothing in isolation, they want to see how the whole look comes together and assess if it fits with their brand and will appeal to their customers. Hair is a crucial element in showcasing a new collection, it helps the audience decipher which era the designer was influenced by and the personality/demographic of the target wearer. The role of the hair director is therefore of paramount importance.

I caught up with Bruce Masefield, UK Creative Director at Sassoon, following YMC’s AW15 runway show to understand how he went about creating the chosen looks, his hero hair products and future trends. Bruce has lead the Sassoon team since 2006 and at the end of last year received his 'Fellow with Distinction' at the Fellowship for British Hairdressing, so it goes without saying that he’s somewhat of a hair legend. 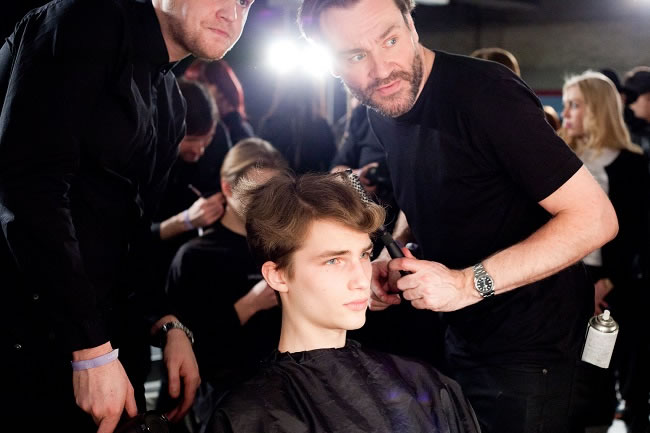 Can you talk us through the look you created at YMC this season?

"There were a lot of hats in the collection so I had to focus on small details and it was really important the hair worked off the face because of the hats. Last season the hair was very undone, this season I wanted it to be a little bit more preppy but still with some natural textures in there as well. There was an element of handsome grooming but slightly off the street to fit with YMC’s look which is very fresh, young and a bit urban with an element of handsomeness. We polished the hair through, blow dried it and then we went back through it to create some texture." 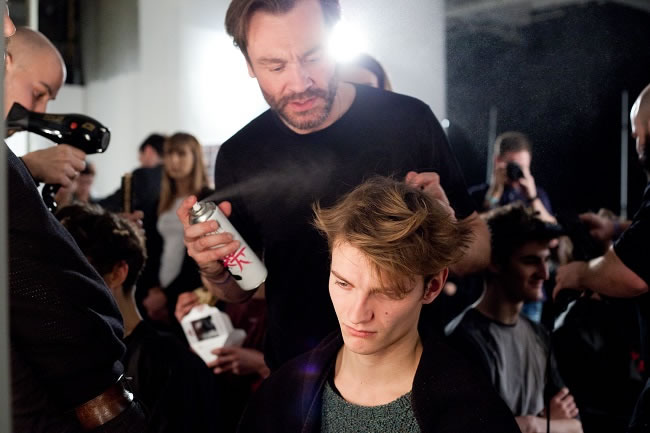 Which products did you use to create the look?

"I used Halo Hydrate by Sassoon, which is a leave-in conditioner that helps make the hair more manageable, and Drynamic by Sebastian, which is a bit like a dry shampoo but has a little bit of styling aid in it too. The aim was to make the hair not look grungy, it needed to be touchable, not too worn in and not too done. And it’s definitely not Saville Row." 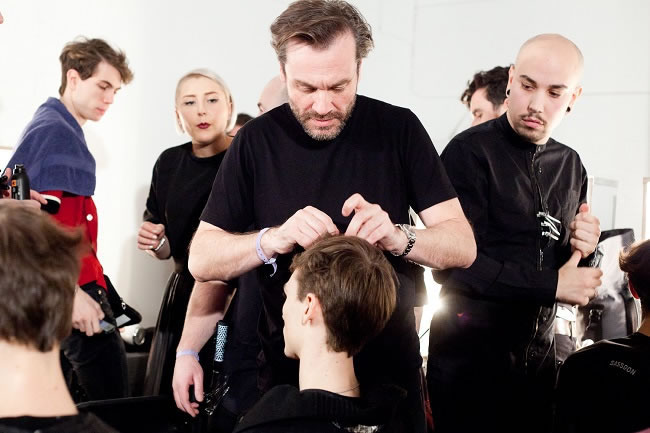 What do you see as the emerging men’s hair trends?

"I like hair off the face and a bit shorter. I like the idea of things being very “dry” looking, there wasn’t anything in the YMC show that was heavy looking at all. There were no gels and waxes, it was all about being fresh and dry. I think that’s really new and where men’s hair is going."

There was variation in the hair looks you created for the YMC, whereas for many other runway shows you tend see all the models sporting the same look, was this a conscious decision? 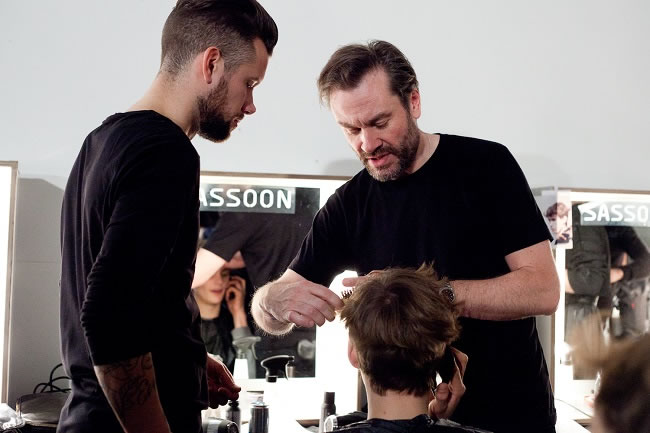 Who is your famous male hair inspiration?

"I wouldn’t select someone today’s world, I find myself looking back at Steve McQueen and Paul Newman. I would go into a hairdressers and say “I want to look like Steve McQueen”, who wouldn’t? My hair looks are never bonkers and really out there, I prefer more a classic look." 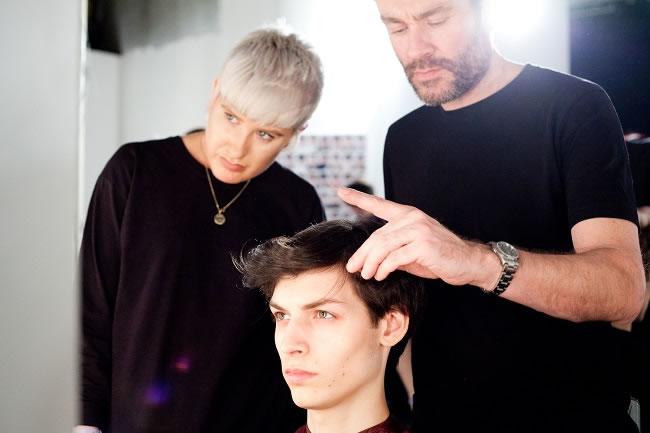 Are you seeing a shift away from the polished look we have seen over recent seasons?

"We’ve seen a massively groomed look lately but I definitely think there’s going to be a move away from this. I did a shoot recently where we did the hair quite sporty and fresh. We’ve definitely seen some people pick up on the long hair look, and you’ll have seen in the YMC show there was a model with long hair, we took it away from the centre parting and styled his hair to the side. I quite like that look, but people always have to catch up with it and it is unique, the man who grows his hair will always be a little bit “out there”. Hair fashion, like fashion, is so open to everything, there is not just one movement at one time. Whilst the beard and the grooming was HUGE, but also, I’m over it now. It is a bit passé now." 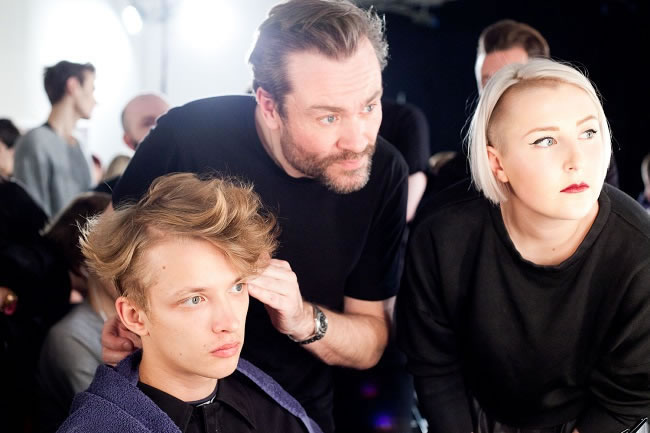 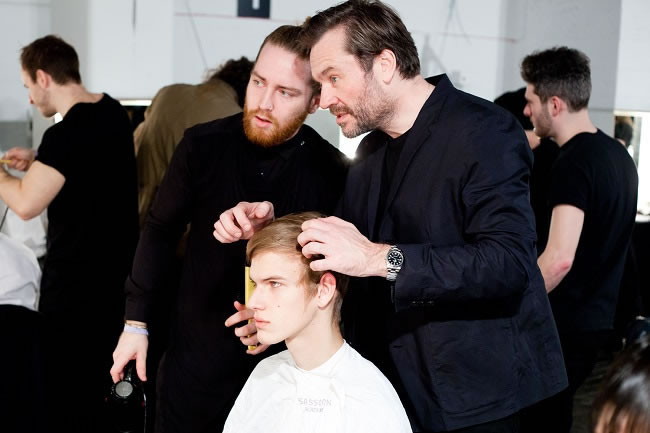 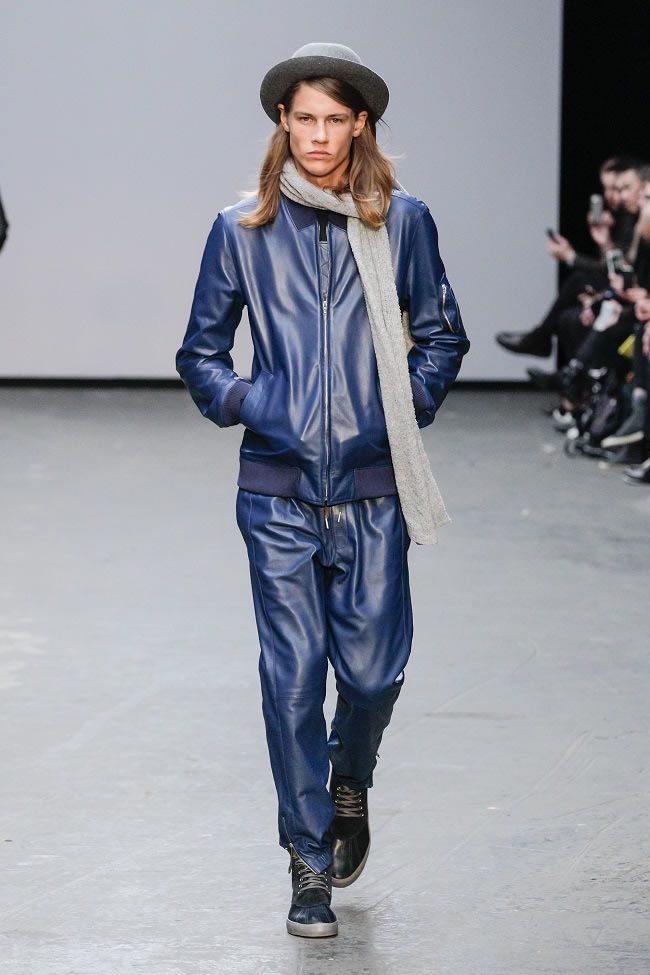