A GUIDE TO MEN'S SANDALS, FLIP FLOPS AND SLIDERS 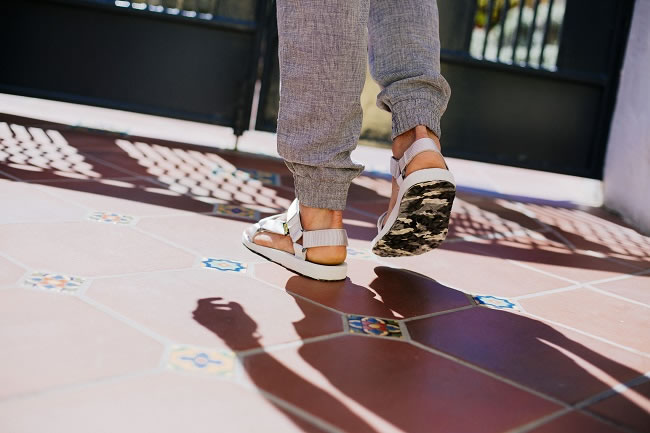 Dating back 10,000 years, we saw the first signs of the shoe which were sandals created by the ancient Greeks to protect the foot from hot sands, rugged stones and rough terrain. Sandals were originally made from plaited hemp and papyrus. Which in turn evolved amongst the Egyptians and Romans in a more military form with leather soles and straps. Today the sandal is still the most popular form of footwear in warmer countries.

That being said, sandals are worn for a number of reasons. Love them or hate them, they're often either a fashion statement or worn for comfort and functionality. Let’s look at this summer’s sandal trends... 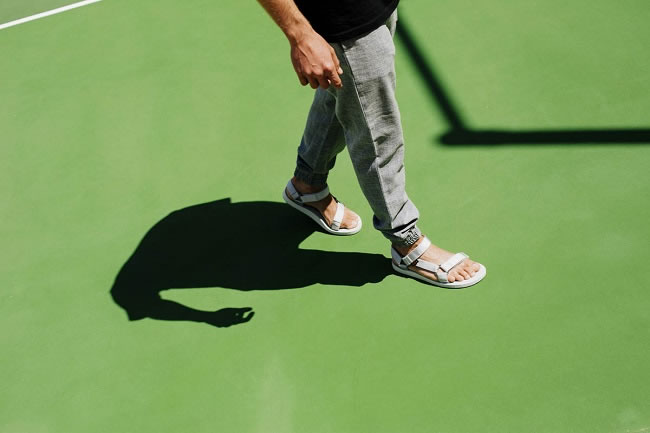 A major market in sandal footwear comes from those with an active lifestyle, whether its active sports or golfing, and of course flip flops are the common choice of beachwear. There are increasingly more appropriate footwear styles being offered to men for use on the beach.

A popular brand which we see quite commonly used for functionality and comfort in sandals is Teva. Launched in 1984 with the ethos that inside every person is "an adventurous spirit" and inspired by a Grand Canyon river guide. The Teva Original came from a simple idea - an old Velcro watch strap attached to a flip flop – but they've since grown to be an icon in active footwear with "strap in and go," spontaneous, go-anywhere, do-anything mentality, not to mention comfort. The latest range see’s a marble and metallic range for an ultra-fresh look, also a premium leather range which are the finest sandals they have ever made. 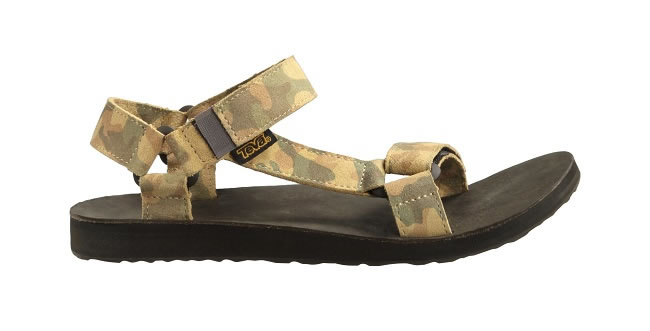 For those who are followers in movements in fashion, pay attention to 'Sliders' - a popular footwear choice for both men and women. Ultimately, they're an easy option when on the go. Adidas and Nike still remain predominant brands for this style, however we see more brands coming through offering leather and metallic strap options for men who want to stay ahead of the trend.

For a smarter look always opt for leather; it will always look smarter and you’ll feel refined. This option can work well dependent on the outfit, we recommend tailored shorts or linen trousers - straight at the bottom and not baggy. Keep the tones neutral instead of choosing black or tan, and why not choose navy with earthy tones for your other summer clothing choices. ASOS.com have a number of styles with cross-over leather straps to help you keep the style modern and understated. 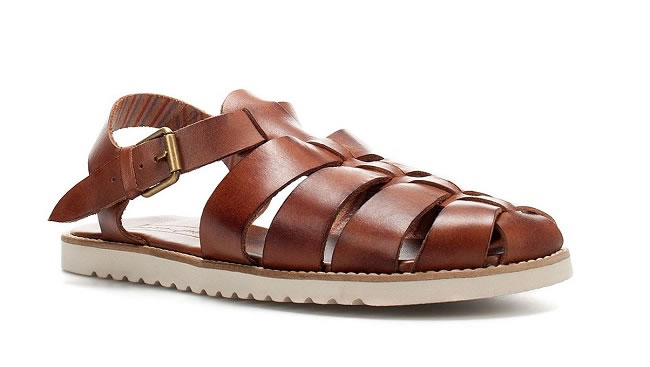 Although sandals are predominantly a casual choice of footwear, you can still wear them with tailoring if worn the correct way. E.g. Bold coloured suit shorts with a smart slim fitting shirt with rolled sleeves teamed with neutral tanned footwear. This is a statement in itself, however you’ll be guaranteed all the right looks.

All this being said, there is still a little stigma attached to men wearing sandals. So as a word of advice on how to not to wear them... with socks! Some may see this as a fashion trend but if you want to create a natural sense of style, wearing them with socks will not go down well. Secondly, have a good pedicure beforehand, no one wants to see badly looked-after feet in a pair of expensive sandals.