Written by Tamara McCleary in Get the Look on the 21st April 2015 / Daddy Cool: Two Generations of Style 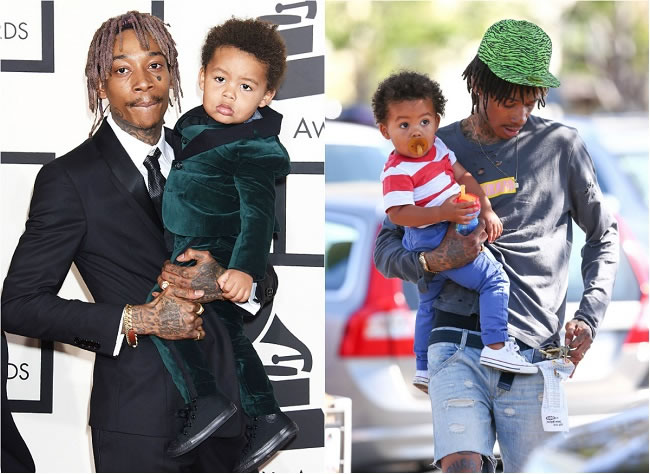 Nowadays it’s pretty common to see children looking just as good or sometimes better dressed than their parents. If you’re a Dad in search for something for yourself and your son so you both look slick, here are some polished looks by celebrity fathers to inspire your new wardrobe.

Sebastian has a seriously enviable wardrobe. His father Wiz, names Pharrell Williams and Mick Jagger amongst his style influences, and Wiz’s own personal style is eclectic and cool. With an eye for fashion, it’s hardly surprising that Sebastian is equally as well dressed. On a recent trip to the Grammys, Wiz wore an Armani suit and a skinny tie, whilst Sebastian looked like the perfect gentleman in an velvet emerald green three piece, and a pair of black converse.

With parents like David and Victoria it’s a no-brainer why the Beckham kids are setting trends. Romeo modeling for Burberry, Harper playing dress up in Prada, and Cruz sitting front row at fashion weeks. 16 year old Brooklyn is no exception. Brooklyn has been following in David’s fashionable footsteps, and both Father and Son have mastered how to wear the skinny jean. This is an easy yet effective look to recreate, especially if you like to keep your style casual. Consider a neutral colour palette, navy, grey, white etc. Team a plain tee with a pair of black or indigo skinny jeans and then layer up by adding a pop of colour with a plaid shirt. 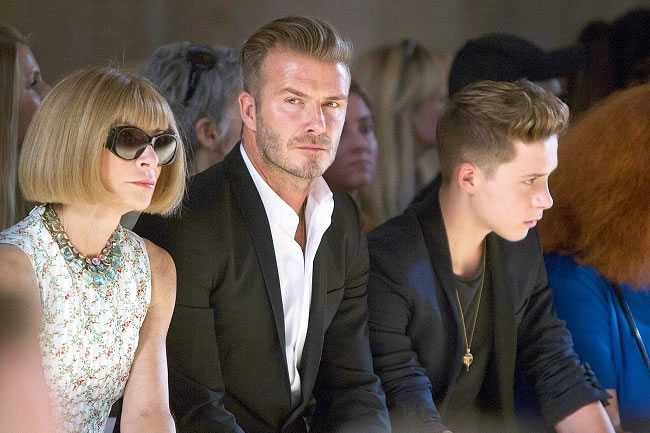 Charlie Sullivan is an incredibly cool kid. His Father Nick has mastered sartorial style and he always looks classic and credible. As the fashion director of Esquire, Nick’s approach to fashion is well-tailored and well thought out. It’s evident that his sense of style has been passed down to son Charlie. Nick has stated that his love for fashion was initially sparked as a kid growing up in 1970's Dorset, he had a desire for originality and authenticity. As a child the first item of clothing he ever wanted to own was a pair of Levi’s jeans. 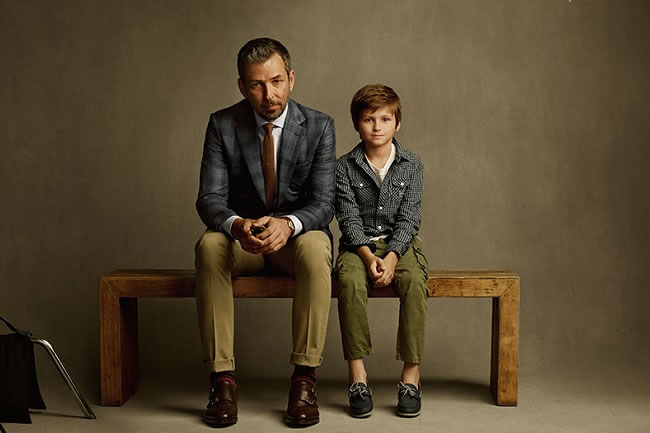 Scott isn’t just a family man, he’s also a businessman. But being incredibly busy hasn’t made him sacrifice his style. Often dressed as the quintessential gentleman, Scott, who refers to himself as Lord Disick, is rarely seen without a suit. Both Scott and Mason were spotted looking equally dapper on the streets of Manhattan. Mason’s look features a Burberry scarf, and a pair of moccasins; Scott’s suit is accessorised with animal print shades. The trendy duo both approach style with class, quirkiness and comfort. Scott is often seen channeling modern prep, sporting a Ralph Lauren shirt as one of his staple pieces. He isn’t afraid of wearing bright hues and pastel tones and states that "Real men wear pink." 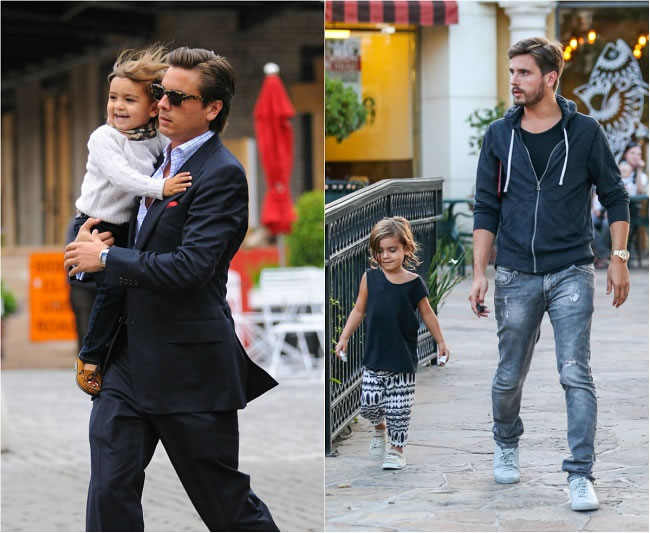