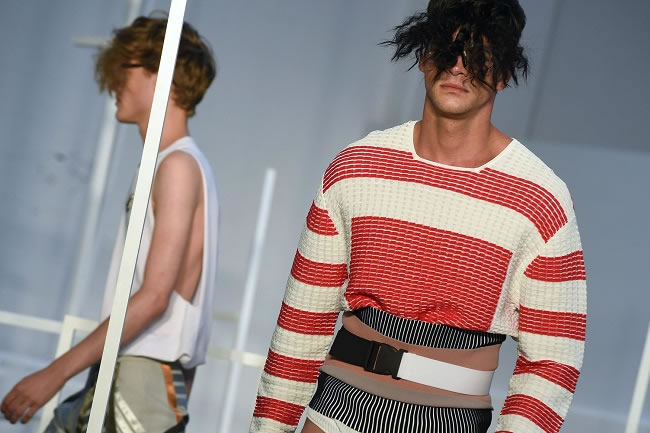 The last show I attended at New York Fashion Week: Men’s was that of Malaysian designer Edmund Ooi. His runway show took place in the fashion oriented Meatpacking district at the foot of the Highline and in the shadow of the newly opened Whitney Museum. Inside a very large white bare space, almost like an art gallery, the models crisscrossed each other following an imaginary path between tall white light metal structures resembling contemporary art installations, creating a very strong visual effect very far from the usual cat-walks in fashion shows.

At the young age of 19 Edmund Ooi left Malaysia to seek a venue where he could fulfill his passion designing clothes and find an “in” in the fashion industry. After a stint at the Royal Academy of Fine Art in Belgium, Mr. Ooi had his first break when he joined Thierry Mugler in Paris where he further developed his skills and style. But it was when Giorgio Armani selected Mr. Ooi to present his collection during Milano Fashion Week this past January that he reached international popularity. 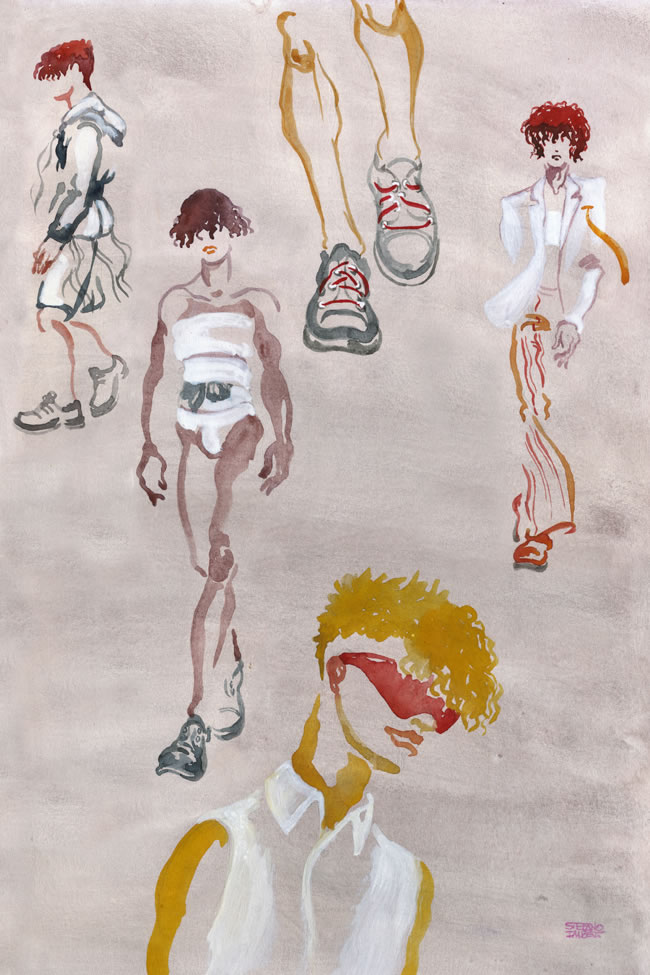 For this S/S 2016 collection, ESA (European Space Agency) was one of the inspiring muses of Mr. Ooi, who, by using unusual fabrics, such as techno lurex and laminated jersey, with straps, infused a sense of “space bondage.” Tight suit jackets constructed to enhance sharp angles were softened by overlaying webbing and lace-like materials. Also seen on the avant-garde runway were colorful tops perforated by geometric shapes and tightened around the waist by elastic straps. Mostly the models just sported briefs instead of trousers, their bare legs ending in colorful bulky lace-up shoes.

And yet, as edgy and avant-garde as this collection looked, this pairing of bondage and underwear brought back memories of pieces presented by Jean-Paul Gautier pour Gibò in 1989. Still Mr. Ooi retains a fresh, highly stylized, and sleek new approach to those iconic looks from 25 years ago.