IS THE HOVERBOARD FINALLY HERE?

“THERE IS NO SUCH THING AS IMPOSSIBLE, IT’S JUST A MATTER OF FIGURING OUT HOW” - HARUHIKO TANAHASHI, LEXUS CHIEF ENGINEER.

Written by Peter Brooker in Tech on the 6th August 2015 / Is the Hoverboard Finally Here? 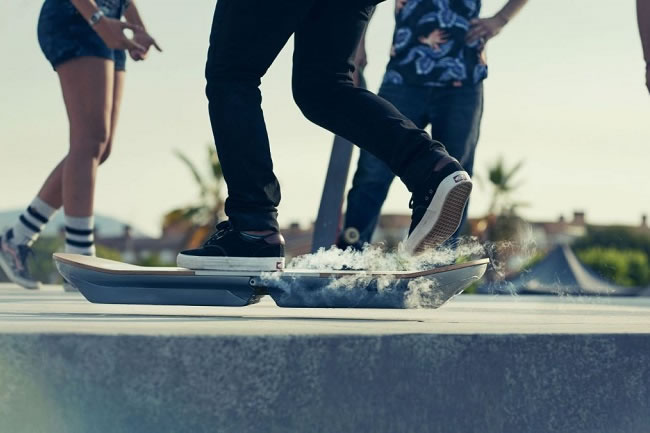 Wise words from Haruhiko there, the brains behind the Slide, Lexus' interpretation of the Hoverboard. Clearly Haruhiko has never tried to get my mate Trev to use a toilet brush after a trip to the carsey. Maybe that could be the next mission for Ethan Hunt and the IMF. Mission Impossible 6: The Porcelain Punisher. It seems like something from the realms of science fiction but Lexus assures us the moment we've all been waiting for has finally arrived. Or has it?

Although the trailer for the Slide is up online, and the product exists, there are currently no plans from Lexus to make this a commercial product. Probably because you'd need a purpose built magnetic skate ramp and a constant supply of liquid nitrogen to hand in order to cool the magnets inside the board (Every ten-minutes!). What this really is, is a very clever marketing campaign from Lexus, who have sneakily stuck one of their own cars in at the end of the promo vid. I'm not saying that we won't be watching Justin Bieber use one of these on the red carpet at the premier for a reboot of the Back to the Future franchise, but the kids of the nineties won't be doing olly-flips with one of these until they're in their late fifties. 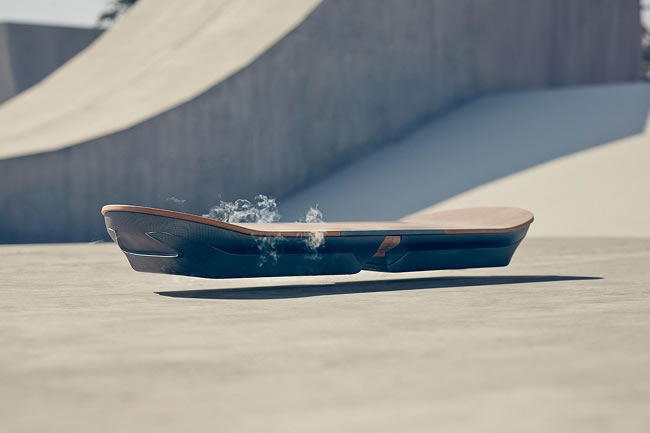 One company that can take a huge sigh of relief is Arx Pax, the guys behind the Hendo Hoverboard that raised over a half a million on Kickstarter to get a Hoverboard off the ground (I won't pardon the pun, that was a work of genius). But not even Tony Hawk could make the Hendo look graceful in the promo video. However we'll take a look at that in October when they plan to release it to the masses, or at least the people that stumped up 10k on the crowd funding site. If you're still looking for some extra kicks down the ramps, then why not invest in the new Zboard 2. It has motorized contraptions in the wheels that allows it to go up to 20mph. However, "Those boards don't work on water, not unless you've got power" - Back to the Future 2.