IN CONVERSATION WITH... ANN FOLEY

THE COSTUME DESIGNER FOR MARVEL'S AGENTS OF S.H.I.EL.D

Written by Andree Latibeaudiere in Interviews on the 17th August 2015 / In Conversation with... Ann Foley 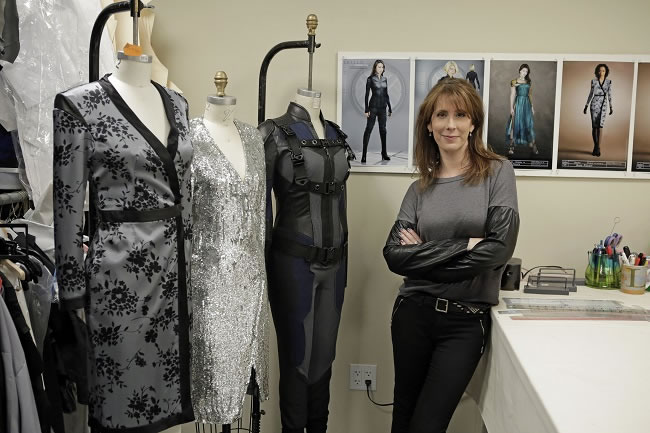 The ability of big and small screen features to transport the audience into a compelling, finely woven world that evokes a whole spectrum of emotions has been the key to continued success of the film industry. Before the first line of dialogue is spoken, hints of the character's mood, motivation, status and personality are already communicated through his dress, style and details. Even clues on the time of year and weather come into play as the audience gets their first glimpse. The sometimes understated role of the costume designer is a crucial one in terms of character development, with the final product presented after hours of rigorous research and interviews.

It's a role which Ann Foley has artfully fulfilled, in films such as Star Trek Into Darkness and Fantastic Four. Most recently, she has worked on Marvel's Agents of S.H.I.E.L.D, a television series about an elite covert group of superheroes working together to neutralise threats from a range of supervillains. Menswear Style caught up with Ann to find out more about what it takes to be a Costume Designer, her new love of British tailoring and the most important pieces the modern man simply must invest in. 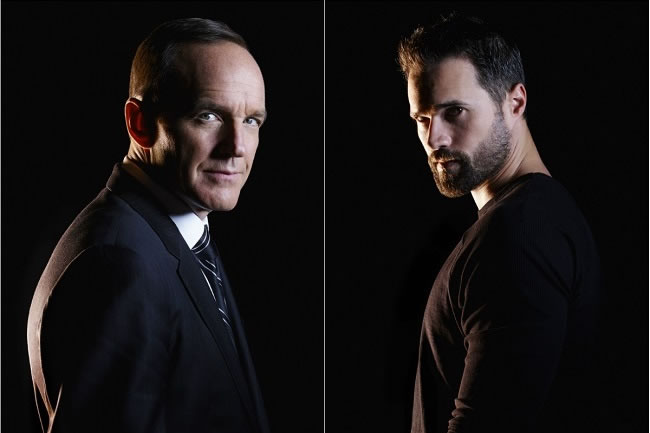 Did you find that your Fashion Merchandising degree contributed to the skills you needed as a Costume Designer?

“Not as much as I wish. It’s been more practical on set experience. I love photography and film which I draw on constantly as references for my work life. I took some photography classes in college and studying photography helps you understand how light affects fabrics and silhouette. I always tell anyone who wants to design, build your references and learn about construction so you really understand how garments are supposed to fit and move.”

Have you always been interested in film and if so, what’s your favourite film?

“I’ve always loved film but never considered it as a career until a film came to my hometown of Savannah, Georgia when I was in college. I basically stalked the production until they gave me a job as an extra. I then decided to ditch the Fashion Merch degree and moved to LA to pursue a film career. I have several favorite films, it’s so hard to pick just one, so I’ll give you my top 5 in no particular order: All About Eve, Annie Hall, All That Jazz, The Bad & The Beautiful and Singing in The Rain.” 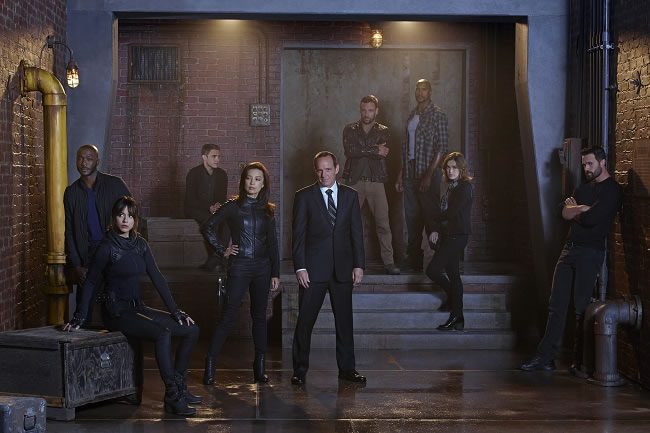 Could you briefly describe the process of creating a character, from first reading the script to filming the scene?

“Once I get the script I sit down with the writers to discuss the tone and direction of the episode. From there I do research if necessary, then we start shopping. If there is a specialty costume involved, I do my research and then start illustrating before we begin to “build” it. Then we start to fit - which is the best part because you get to see all of it come together and watch these characters come to life.”

You've worked on a seriously impressive roster of films, including some of the most iconic action films of the last few years. What do you like best about building action characters?

“I got my first job as an Assistant Costume Designer working with Marilyn Vance on The Mystery Men. That was my first superhero movie and it was an incredible experience. After that I was lucky enough to get to work as an Assistant Designer to Michael Wilkinson, Marlene Stewart, Michael Kaplan, Ellen Mirojnick and Betsy Heimann on some amazing films. They are all insanely talented designers and gave me an invaluable base of knowledge that made me the Designer I am today. And one of the most important things I learned when working on those stunt heavy action films was that the actors and stunt doubles need to be able move freely and not be restricted by their costumes. I’ve become a master at hiding stretch panels in the most unusual places because I learned from the best.” 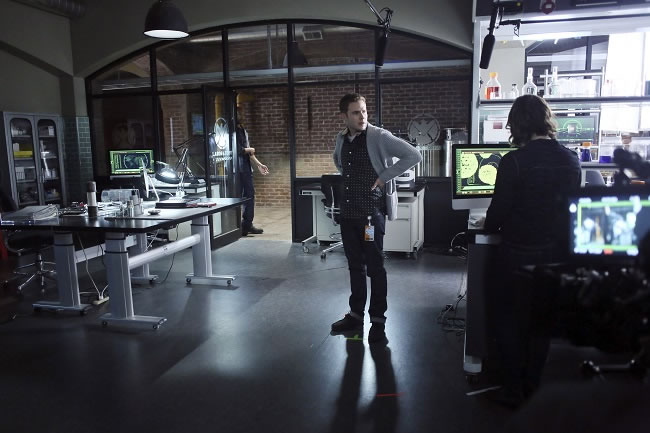 You've mentioned in a previous interview that you found inspiration from Daniel Craig's Bond in Skyfall when designing costumes for Marvel's Agents of S.H.I.E.L.D. What elements did you consciously or unconsciously incorporate into the character’s wardrobe?

“The chase in Istanbul at the beginning of Skyfall is one of my favorite action sequences. One of the things I always loved about Bond was whether he is chasing a bad guy on a motorcycle or fighting on top of a train, he is in a suit and always looking fabulous. In the Marvel films, Coulson was established as a S.H.I.E.L.D. agent and a company man. The idea was for him and the other agents to blend in and not draw attention. When we started Season 1, I changed Coulson’s silhouette and made it slimmer than in the previous films, but kept the traditional S.H.I.E.L.D. palette, which was mostly blue and grey. I didn’t use black on him until season 2 when the show took a darker tone. The basic idea was that his suit was his armor - like Bond.”

Agent Leo Fitz is our favourite character on Marvel's Agents of S.H.I.E.L.D., due to his sharp and fun style. Could you speak about who inspired this character and how his style has evolved?

“Truthfully Iain and his approach to the character was my initial inspiration. Fitz has always had that Heritage vibe which really suited the character in Season 1. I loved mixing texture and pattern with both him and Simmons. But as the show evolved so did Fitz. We had a major shift in tone mid-season 1 with the fall of S.H.I.E.L.D. In the beginning of Season 2 we find Fitz struggling with his neurological injuries, both emotional and physical. We began to strip away some of the pieces that helped identify the character, like the whimsical ties and patterned shirts. Fitz was having problems with his hands so we ditched the ties because he couldn’t tie them anymore. The patterns in his shirts became more subdued and a bit darker to convey the darker mood. We’ll have another shift in Fitz for Season 3 as we watch him deal with the events from the end of Season 2.”

You mentioned a few years ago that your favourite designers to work with include Balenciaga, Alexander McQueen, Rick Owens and Marc Jacobs. Has this changed or evolved over time?

“I love all of those designers! But as the show evolves, so do my tastes. It’s all about what the show needs. This past season we had a wonderful character named Bakshi, played by Simon Kassianides, who was dressed mainly in British designers, specifically Gieves & Hawkes and Turnbull & Asser. With Bakshi I discovered my love for British tailoring.”

Can you watch films without noticing the costume design?

“Yes and no - it really depends on the film or TV show. Our job as Costume Designers is to help tell the story by creating memorable characters through the clothes. So sometimes the hallmark of great costume design is being able to get lost in the story and not be constantly distracted by the clothes. The first season of True Detective comes to mind - those costumes were such a big part of aesthetic of that show, very understated and all about character. They helped create that amazing world and swept us all away. But then you see a film like Cinderella where we’re all waiting for that gorgeous, show stopping dress designed by Sandy Powell to appear and when it finally does it’s mind blowing!” 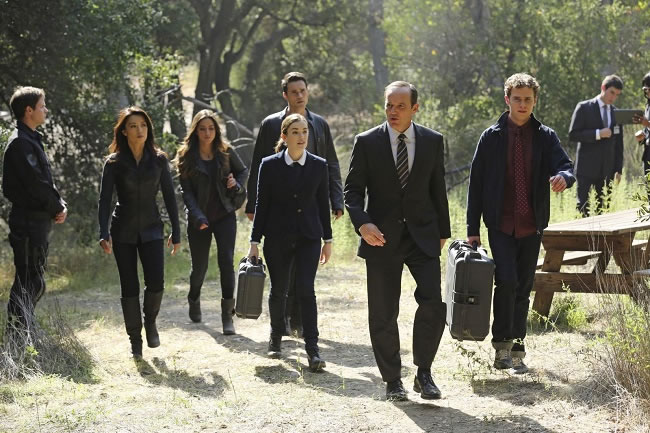 Do you prefer working on film projects or on television series?

“They are very different animals. I grew up working in film and that’s where I was trained. MAOS is my first foray into television and it’s been great. Everything I learned from working in film I apply daily on the show. That said, TV moves at a much faster clip than film, so sometimes I do miss that slower pace!”

Functionality is, of course, an important part of any costume, particularly if the role if very physical. Do you have any advice for the busy modern man, on what to look for when choosing garments?

“It’s important to know your body and what looks good on you. But it’s equally important to have classic key pieces in your closet like a great blazer, leather jacket or even jeans. Splurge on the shoes and shirts!”