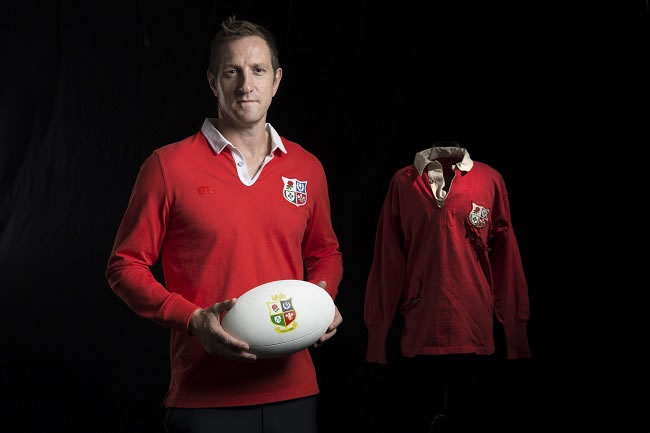 To put it extremely lightly, things didn't quite go to plan for England during the Rugby World Cup. Should we talk about it? Will it become a very large over-sized elephant in the dressing room? Probably not. There has been huge speculations as to what went wrong; the management, the coaches, the RFU, the players themselves. It will probably be discussed for a long time to come but for now I think it is probably best for everyone if we try and move on from it, let the RFU sort themselves out, and start to focus on something POSITIVE for a change. The Six Nations is just around the corner, which after the thrilling performances of Wales and Scotland, it could turn into the most exciting Six Nations yet! Another tournament, which will be kicking around inside the minds of the players, is the British and Irish Lions tour in 2017. This may seem like a long way off but with the amount of negative press recently, rugby as a sport needs a bit of a pick-me-up. So the other day Canterbury made the exciting announcement that they are officially taking over from the 18-year partnership with Adidas, as sponsors for the tour and therefore have redesigned the kit for 2017.

As part of the launch I was invited down to the Arch hotel, in central London, to go and interview legendary ex-England player Will Greenwood. There was no doubt it was incredibly tempting to fire questions about recent events but it was clear the attention was on the launch of the re-invented 1959 shirt. Rightly so. The deal with Canterbury means they have the rights over both the match and training kit and it seems their focus for the design has been on the historical link between the sports brand and the tour (In 1959 the kit famously got destroyed and so Canterbury swooped in to create a new strip). Will walked in confidently wearing the vintage style red shirt with the classic crest of the four nations. A calming peppermint tea in hand, we sat and chatted about what's so great about the sport, the importance of the tour and what needs to be done to win.

Why is the branding of the Lions tour so important now after the result of the World Cup?

"It is a great time to announce the next tour with Lions facts, shirts, sponsors etc, because it is like a transition, baton to baton. That is the beauty of rugby. Four years a World Cup, four years a Lions tour, to go every alternate two years. It is a wonderful time for the Lions with going to the home of the World Champions in 2017. The Lions has always been about being your ‘Everest’ as a player. We’ve won 5 in 125 years and if you put it into context, then to have to go to New Zealand, it makes it very exciting. As a player you want to be remembered as a Lion. Not solely as a Lion, but be known as a winning Lion. I was there in 1997 as a mid-week player. I never played in the test series but it is that wonderful close-knit community of players that come from England, Scotland, Wales and Ireland. You have to come together after basically being sworn enemies for 201 weeks and then having 7 weeks of being the closest best friends ever, and it is the best of the best in terms of players. That is what Canterbury pride themselves on. Their hashtag is ‘best of the best’ and they represent total commitment to the game. They’ve been around forever." 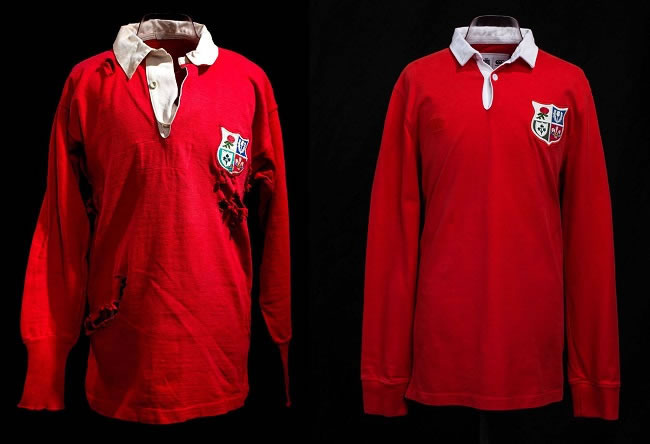 Do you think it’s a pretty poignant move for Canterbury taking over to produce the kit?

"Absolutely. I am wearing the 1959 replica jersey and everyone assumes it is a new relationship but in 1959 Canterbury rode to the rescue of the tournament. It is staggering to think that in 1959 they had 33 test matches. You would be away for months! It is totally different today. I have a long been associated with Canterbury and it is great because they pride themselves on allowing the player to feel good, to look good and to play well."

What do you think we need to do to beat New Zealand on their own turf?

"I think over the course of the next two years I am hoping that the coaches of the Six Nations understand not to be worred about losing in the tournament. Allow players to go and express themselves. The best players in the world right now are New Zealand. Our players have to get better. They have to be allowed to get better and live in a culture of no fear. It is a very difficult thing to ask a club coach to allow your players to go and play with speed and pace and opportunity at the heart of it when actually you want to win the likes of the Calcutta Cup. Its a weird juxtaposition for the Lions coach, as yet unnamed, wanting players to find out what their limitations are, to answer all those questions. As opposed to arriving in May 2017 and not be quite sure who your best team is and who your best players are. We aren't a million miles away, we really aren't. The coach is still to be announced but I know Warren Gatland did an amazing job in 2009 and 2013. So he won't be far from many peoples’ thoughts and Joe Schmidt has taken Ireland to back to back in the Six Nations and Vern Cotter has turned Scotland around. There is a lot of water to flow under the bridge. Hopefully, fingers crossed, England can put in a good couple of years of performances and the coaching staff can do well to allow their names to go into the mix."

Do you think there needs to be more of a 'big game' mentality amongst the players in order to compete at the same level?

"That is a really difficult question to be honest. I absolutely believe our guys do have big game mentality. Australia, New Zealand and Argentina play against each other all the time, so the best get better through experience. We are this little island where the two other nations are catching us up. Then there is Georgia and Japan who are closing the gap. I am trying not to wear an English hat here as Wales had a decent World Cup too. As a player and as a coach the biggest challenge is to put to one side those close allegiances. When you turn up at a hotel in May 2017, everything you know as an English player, you have to leave behind. It has got to be finding the best style of play. Those players in this jersey."

At the World Cup there was huge emphasis on the rose on the England shirts. What do you think the crest on the Lions jersey represents?

"It is simply four into one. Even looking down at it now it brings back memories of being there in 1997. That is one of the greatest challenges as a coach is to bring together the four nations. You see very different styles of play from across the countries. Let's say if 40 are picked, you get 10 from each country who come together and have to find their own style VERY quickly. You can possibly only have 2 weeks together before the first test and all that work can be gone in a split second. As England saw in the World Cup."

You famously had an injury during your tour with the Lions. The Welsh famously suffered multiple injuries during the World Cup. What mentality do you think you need to get over something like that?

"Whether its an athlete thinking about the Olympics or a golfer thinking about the Ryder Cup you have to focus and get fit again. It is nothing to be embarrassed about and it is important to have a target, like getting back into your club jersey. All players whether they work with the psychologists or not have a target and every player, whether it is for Scotland, Wales or Ireland, will be desperate to wear this jersey. So you might not sing it from the roof tops but privately behind closed doors its the next two year target. As a player I would want to win a cup for my club, win a Six Nations title and I want to be on that plane to New Zealand."

Why should we be pushing rugby as a sport right now? What makes it so great?

"The values of rugby are wonderful ones; trust, discipline, respect. The greatest and fastest way to highlight that is when you look at a 5ft 2 referee weighing nothing, not taking a word of insolence from a 6ft 5 20 stone monster who can run the 100 metres in 10.4 seconds. Then you retreat to the car park and whether you've won or lost, a Welshman is sharing a story with an Englishman. My father, who played rugby for England, always said to me, if you have a pair of rugby boots in your bag, you've got a passport to the world. You can turn up to any club in the world and you can immediately have 50 pals who will stand by you and look after you. That is quite unique in sport."

Will Greenwood was speaking on behalf of Canterbury, Official Apparel Partner of the British & Irish Lions who have marked the announcement with a commemorative re-issue of the 1959 shirt.