INTERVIEW WITH YEARS & YEARS AT KOKO 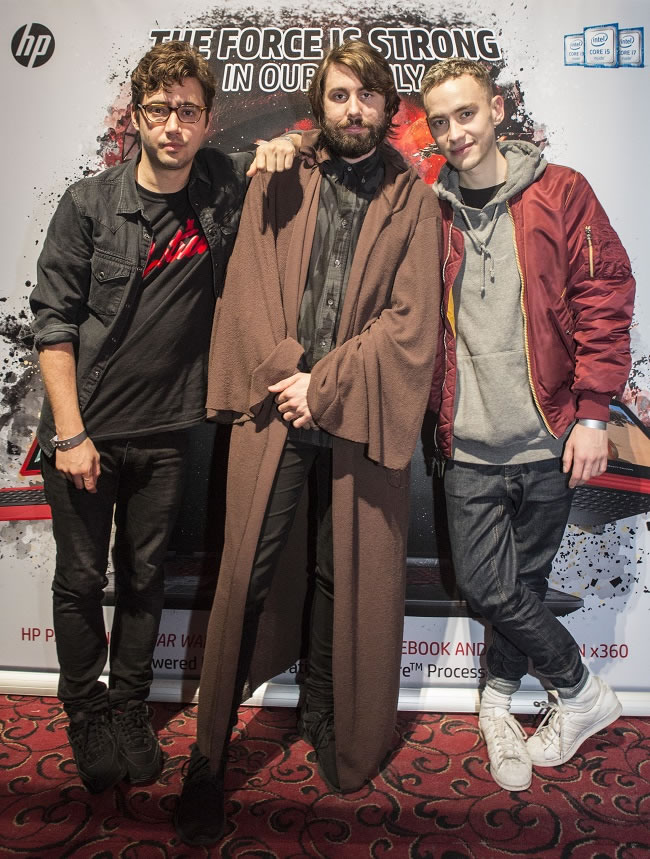 One the biggest films of the year is about to hit the cinemas and to celebrate the launch MWS were invited to hit the dance floor with band of moment, Years and Years! We might not have travelled to a galaxy far far away, but Camden's Koko certainly put on a rather celestial event. Even R2D2, CP30 and the new droid BB8 were all invited to come and party with us. Having your photo taken with the life-size robots definitely proved popular with the crowds! The night was organised in conjunction with HP and the band Years & Years were performing in partnership with HP Lounge.

HP Lounge is a new streaming service where fans can get even closer to their favourite artists with access to their music, behind-the-scenes interviews, videos, VIP experiences and much more. With HP Lounge you are signed up to 12 months of ad-free unlimited radio streaming of Universal Music's vast selection of playlists. It is a great way to really immerse yourself in the music world and discover up and coming bands. 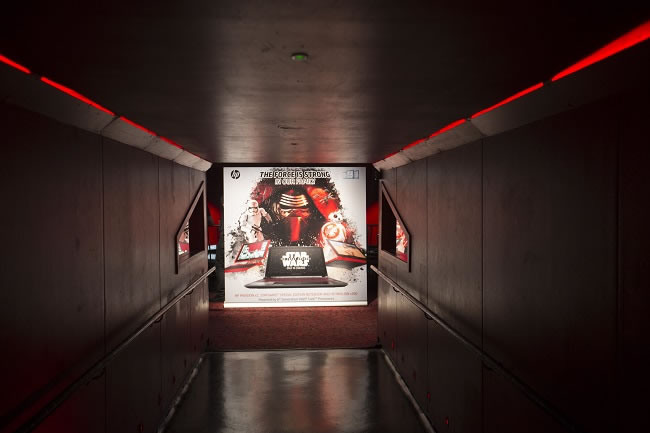 Before the night got into full swing, they introduced us to the special edition Star Wars notebook fully decked out with an extensive amount of galactic detailing. Perfect for any major Star Wars fan! We were then given the exclusive opportunity to have a play with the supposed hit Christmas toy for this year, the BB8. I have to say I thoroughly enjoyed driving the mini droid around the track, even if it was almost impossible. Newcomers Clean Cut Kid started off the musical part of the evening and were then followed by the headliners, Years & Years, who put on an awesome display of some of their well-known songs off their hugely successful debut album, Communion. Prior to their electric performance, I was invited to sit down and have a chat with Years & Years, consisting of Olly, Emre and Mikey. A truly genuine trio who were very happy to laugh away about their musical influences and their love for Star Wars. 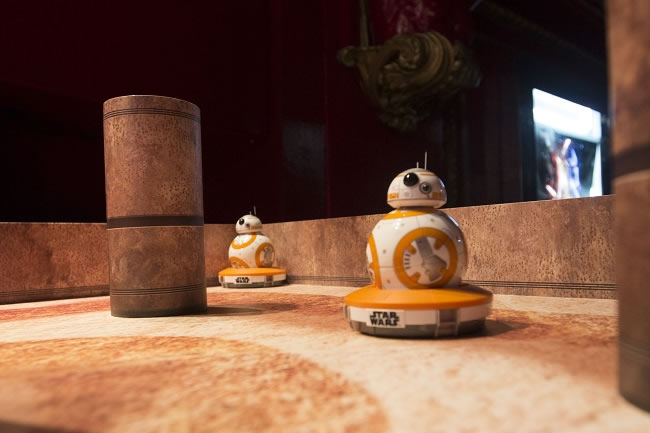 What would you say is the rolling theme of the tracks on your new album?

“What’s the word for when you don’t feel good enough…? Insecure…? Inferior…? Insufficient…? Hmm… no… Where is the thesaurus? I think we just need a thesaurus to make it happen! Basically it is ‘rejection’.”

Who would you say has been a major influence in your music?

“Pitbull. Eiffel 65. Aqua. Baha Men. Yeah Pitbull. Whigfield… and Louie Vega! Peter Andre but the early years. Oh and the later years of Tom Jones - like the Sex Bomb era. All of the greats really. And Holly Valance!”

“I think Take Shelter. King is always fun and it gets a good reaction but it can be a nightmare for me to sing!”

Obviously tonight is being hosted by yourselves and HP. Do you think streaming platforms like HP Lounge are important?

“I think it is good that Spotify doesn’t have a monopoly over it anymore. I don’t think its right that only one company should totally take over. Streaming has changed things a lot, the way people access music is different now. It is a great way to discover new music and especially friends who are on there. Back in the day people were making mix-tapes which was cool but this is far more organic.” 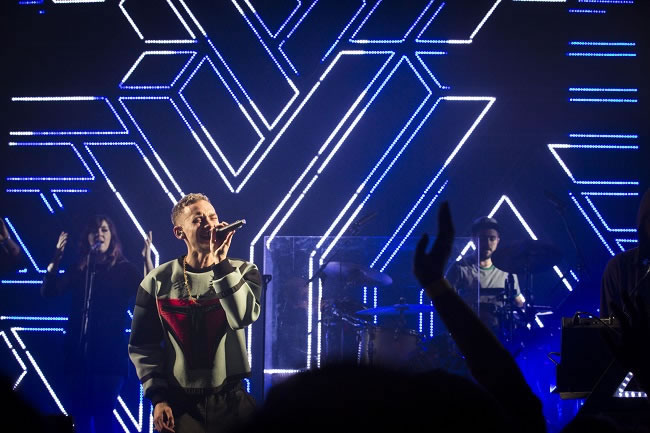 Would you say you guys have your own specific style? Are you allowed to experiment?

“Yeah I reckon so, we pretty much have our own styles. I think it’s only really boy bands nowadays who have to wear what they are told to. Or bands like Slipknot with masks and stuff… If you are Marilyn Manson you can't really get away with just jeans and a tee, you have to jazz it up a bit. Being serious though... I would say we are ‘eclectic’. Fun! Cool! We really should have bought a thesaurus with us.”

Is there anyone you would like to collaborate with?

Do you think music videos are still really important?

“Yeah definitely! Probably more important nowadays. We try to do as much as we can ourselves to make them represent each song and create what we want it to be.” 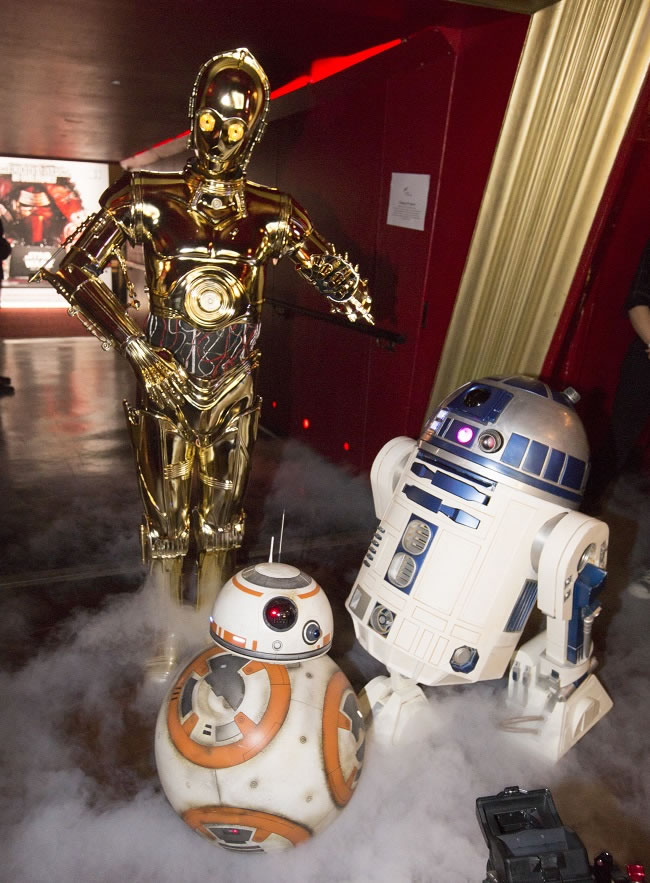 Is there anywhere you haven’t played yet that you like to play a gig at?

“Tatooine. That would be great. Also we also wouldn’t mind doing a gig underwater or on the moon.”

“We would actually really like to do some gigs in Asia. That would be pretty mental. We are going to Japan next year but anywhere in Asia.”

Is there a track on the album you would like to see in a film?

“Any of them! Actually I reckon Eyes Shut should be in a Richard Curtis film. Ah, what would have been amazing was if Memo or Eyes Shut had been at the end of the OC! It would be great to be in a series like that!” 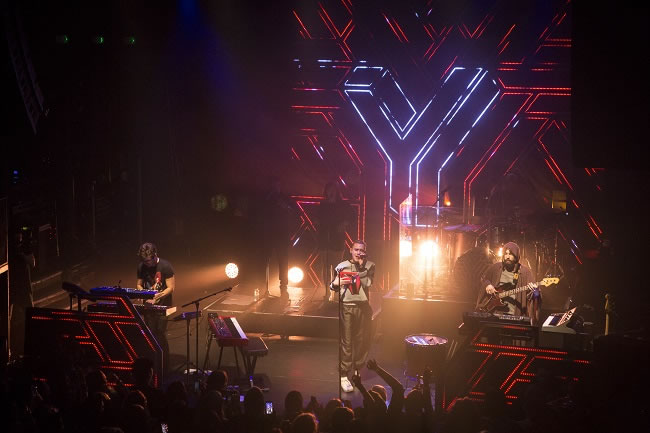 Are you guys going to take a break over Christmas?

“Yeah we are. We are going to Dubai for a bit to do a show but we are mainly going so we can watch Star Wars, as we arrive on the day it opens in cinemas."

I may not have achieved a completely serious answer for every question… but they proved how much they love what they do and are having a lot of fun on their journey. All in all, even though it was quite an unexpected collaboration between HP, Star Wars and the band, it turned out to be a great night and a brilliant way to start the Star Wars madness!