"IT'S DESIGNED FOR WHAT I AM CALLING THE 'EVERYMAN'" - IDRIS ELBA 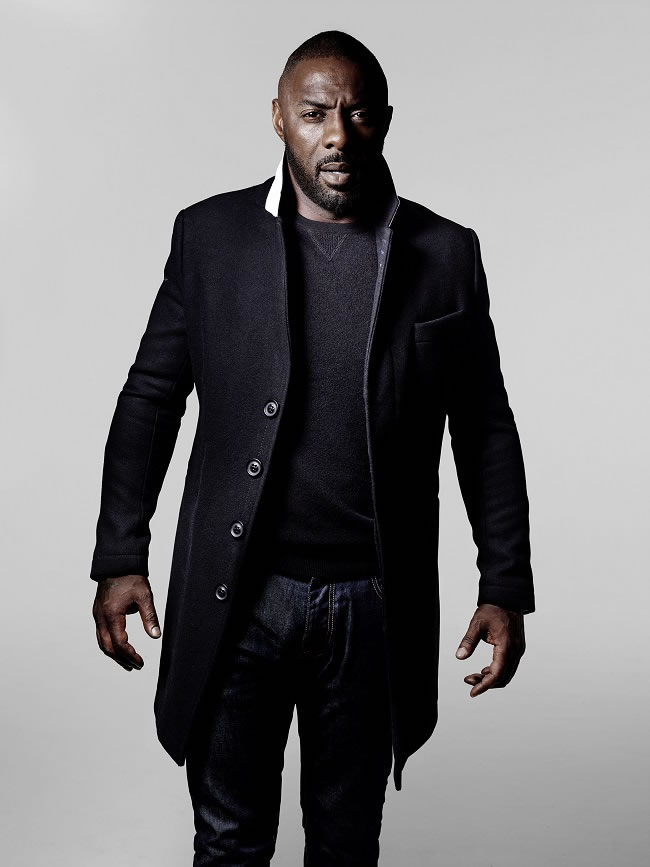 The moment the word had been passed around that the arrival of Idris Elba was imminent, everyone went silent. As soon as he walked in and spoke; "Alright everyone" a huge sigh echoed throughout the store. It was obvious the sort of presence he has on a room full of people! I was part of that crowd as MWS was kindly invited down to the launch of Idris' most recent collection for Superdry and was given the opportunity to have a chat with the man himself.

As many of you probably know by now Idris has his fingers in numerous creative pies. I don't think I need to reel off the list of films and TV shows he has been involved in. It really is quite unbelievable how he manages to do everything he does and so well. He certainly isn't someone to do a job half-heartedly and this is crystal clear with this clever collaboration. At an exclusive view of the collection a couple of months ago and having spoken to Superdry, they explained just how much effort Elba has personally put into the clothing. Numerous meetings at the headquarters in Cheltenham and in the Regent Street flagship store have enabled Idris and Superdry to create a 'luxe' collection which has caused a huge amount of hype. Superdry even attempted a 'social media' first by shutting down their instagram the day before to build up the excitement as much as possible. The queues outside the store proved their success. 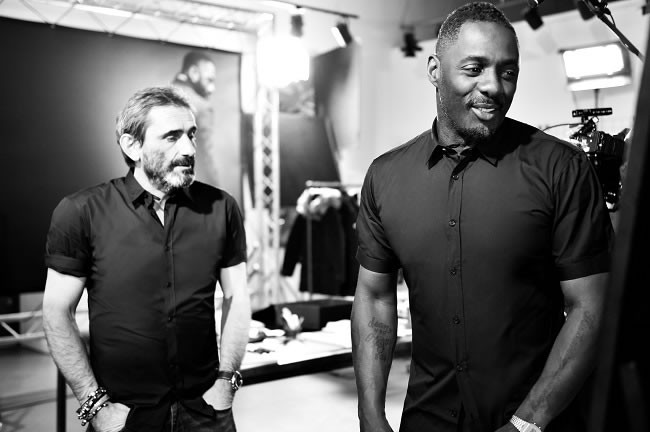 The collection is vast. 250 pieces to be precise. I asked him whether this was intended from the start to which he replied, "Yeah. I mean we wanted to go through the whole wardrobe in terms of casuals, to smart. Superdry wanted to step into what they call 'premium' and step away from too much casualwear. Obviously we have casual wear but the idea was to incorporate coats and premium wear. So yeah it was important to have a big collection and cover all aspects." You would perhaps think that with such an extensive collection, the quality might have taken a back seat, however this is not the case. From everyone's reaction whilst inspecting the numerous rails, it was evident the quality was what really stood out. On top of the quality there is an impressive amount of detail in the designs. For example in the inside seem of one of the pairs of trousers there is some blue stitching which represents a scar on Idris' body! 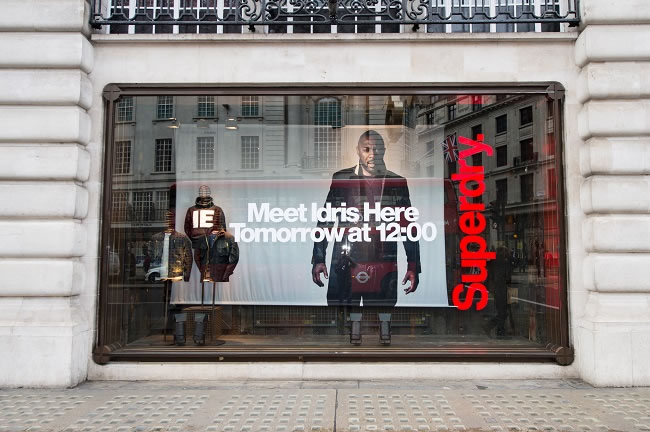 This is definitely HIS collection! As well as the 'IE' sweaters, many of the shirts have his name inscribed on the collars and some of the jackets even have the union jack flag as the lining. This was a key feature which Idris wanted to focus on, he wanted to have a collection which represents the person he is but also reaches out to quite a specific style. The style of the collection fits perfectly into Superdry's target audience. Idris explained, "It is really designed for what I am calling the 'everyman'. It is stuff I like but it is stuff I can visualise other people wearing. Just cool and relaxed. Especially in the UK, we aren't really gaudy. So this collection gives a bit of simplicity."

The key pieces which stood out for myself were the buttery leather bomber jackets and the snug cashmere hoodies. Decked head to toe in the collection Idris made it quite clear which pieces were his favourites, "I like all the knitwear. I spent a lot of time designing that and making sure it was right. I wear a lot of it myself. I'm really into the leather jackets too." The knitwear starts at £85 and the leather jackets peak at £325. 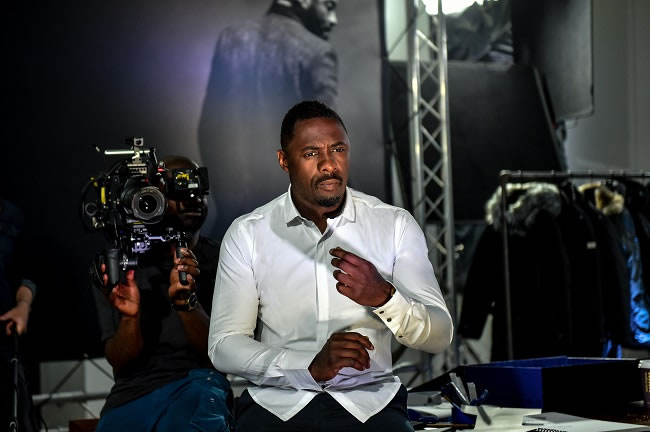 My final question to Idris was the reason why he came together with Superdry in the first place. "The truth is there are lots of opportunities for actors to be the face of a new brand. Just wear the clothes and take a cheque. Superdry and I didn't want to do that at all. It was more a case of 'Idris, we like your style' and I like Superdry so I thought we could come together and create something special. The clothes are affordable, it is quality but I am not trying to compete with high-end brands. I want my fan base to be able to walk in and grab something." The original seed was planted back when his stylist handed him a Superdry coat for a shoot. Ideas have grown rapidly since then and this definitely won't be the last we will see from this collaboration. 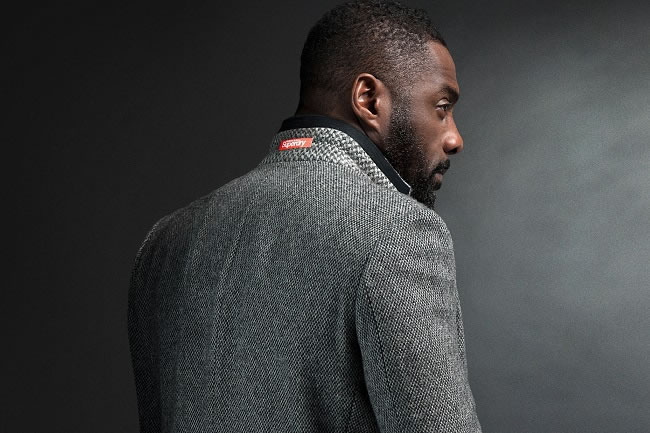 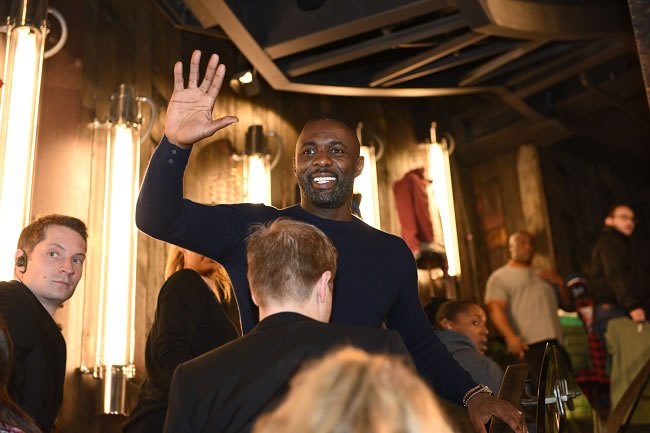 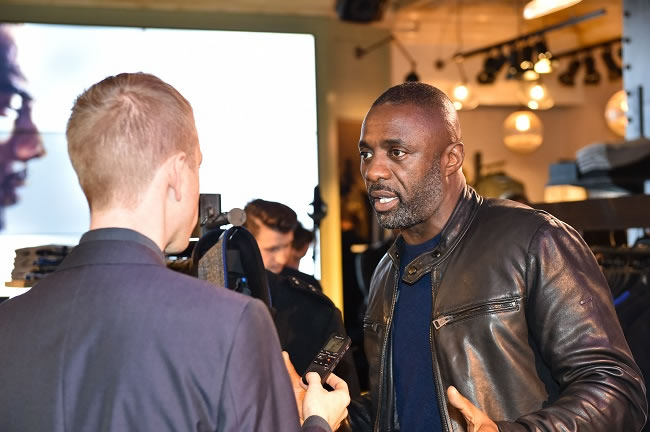 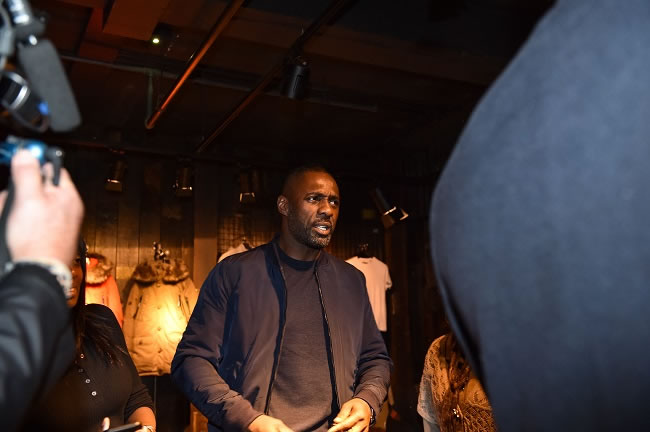 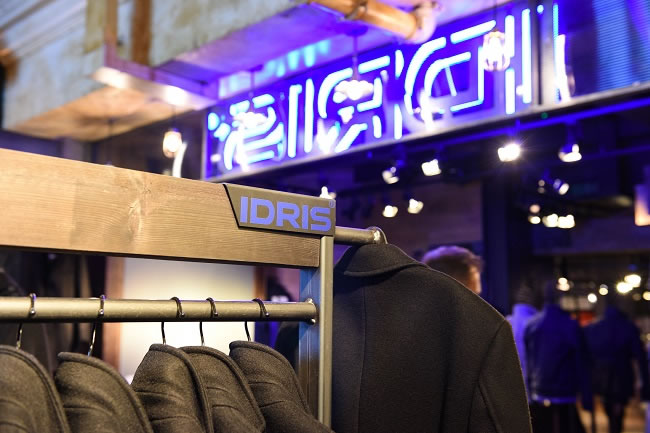