"KIMONO O KIRU" (I AM GOING TO WEAR A KIMONO)

Written by Menswear Style in Fashion History on the 22nd January 2016 / Kimonos and Beards, Questions? 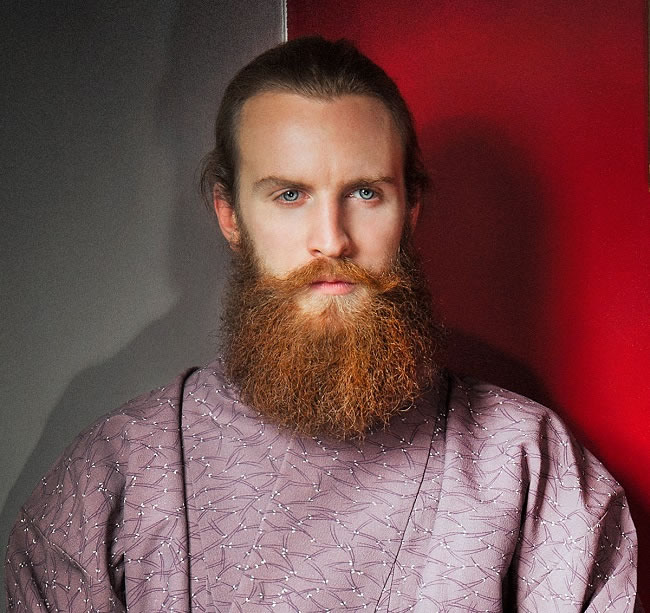 A recent 2016 calendar featuring bearded men wearing Kimonos has taken the hipster world by storm. We spoke to Kate Cooper-Owen and Hannah Murphy, the two women behind the unusual but brilliant concept BeardsInKimonos.com. We asked them to explain how this idea was born:

“To give you a quick history, at the very end of 2014 I was staying with a friend and her boyfriend came into the kitchen for breakfast wearing her silky dressing gown (he has a beard) and the idea for was born... We cast 14 'real' bearded men, sourced a selection of beautiful vintage silk kimonos and secured a series of beautiful locations around London to shoot, including Ruffians barbers in Covent Garden and Hawkhurst Vault tea room on Brick Lane. The photos were taken by the brilliant Thomas Woland, who has shot for Vogue Italia, Cosmopolitan, Elle and many more.”

History of the Kimono

Although the kimono is an iconic symbol of Japan, everyone agrees that its style and design stems from the Imperial Courts of China. During the 7th to 10th Centuries, China was the Asian powerhouse with its Sui and Tang Dynasties being the model of civilisation is the Far East. In the Tang period, Chinese men and women wore robes that resemble the modern day kimono. 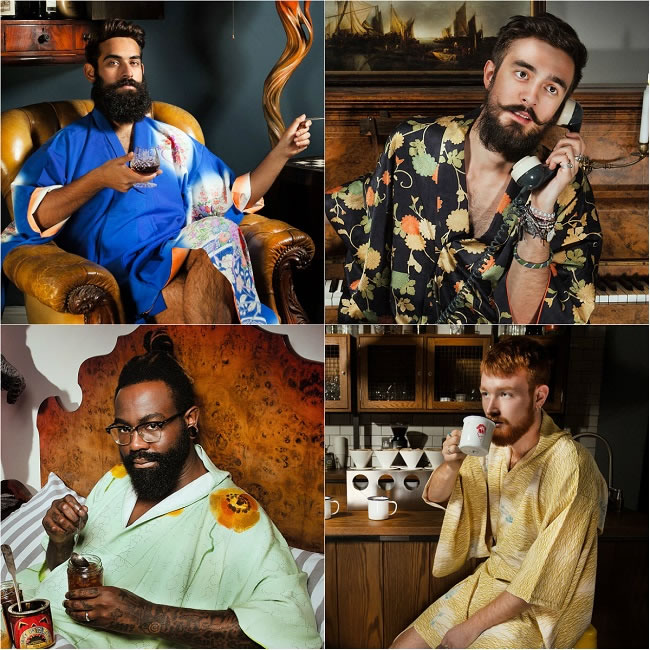 Although influenced by China, Japan wanted to have its own culture and dress was an important part of the way it distinguished itself from other countries. The modern day kimono can really be seen firstly in the Yoro Clothing Code of 718 when the Japanese authorities decided to wrap the kimono left over right and not the other way round as the Chinese has done. In fact, the Chinese thought that left over right was the sign of a barbarian.

This was an important act of individuality and was the start of the Japanese Kimono getting its authentic T shaped design. We spoke to David Oxley, owner of Fine Orient who explains this historic garment:

“A Japanese kimono has 4 main parts – Eri (the neck band), Sode (sleeve), Mihaba (body) and Okumi (overlay material at the front). To make the kimono, a bolt of cloth measuring twelve and a half yards long with a standard width of 14” is enough to make one adult size kimono. Two identical lengths of fabric are used to make the kimono main body which is sewn in the middle and left open down the front. For the Okumi overlay, two half width sections are sewn on each side of the main body. For the Eri neckband a simple strip of fabric is taken and sewn onto the main garment. The Sode Sleeves are then made from another standard width of fabric from the bolt of cloth.” 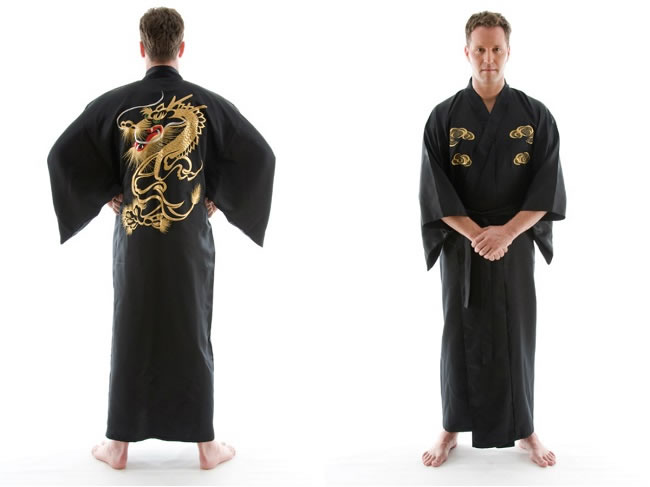 Many kimonos reflect the culture of Japan such as the crane with its association with happiness and longevity or the geisha ladies in their beautiful gardens but there are two kimonos really stand out. The Chrysanthemum is the national flower of Japan and it’s also the name of the Emperors Imperial Throne. The dragon is a symbol of power and authority so for many men this can be their ultimate choice for a Kimono. Men stopped wearing kimonos for everyday appearance around 1880s when Japan opened its country to trade and diplomacy after centuries of being closed. Women stopped wearing Kimonos for everyday use during after the Second World War when many of the Geisha districts in Kyoto were closed down never to reopen again.