A BRAND WELL-KNOWN FOR ITS IMPECCABLE TAILORING 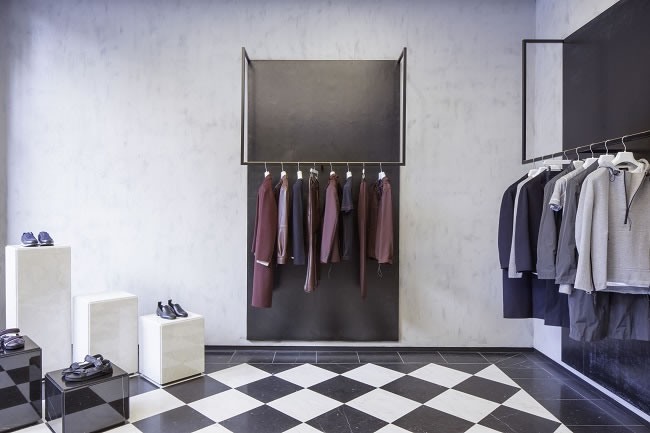 Last week saw the opening of Joseph's first standalone menswear store on non-other than Savile Row and we were kindly invited to join the launch. As Joseph is well-known for its impeccable tailoring, for both men and women, where else better to place their debut offering than on one of the finest streets of Mayfair!

Joseph's menswear department took quite a turnaround in 2014 with the appointment of Mark Thomas as their Head Designer. With Givenchy, Neil Barrett and Burberry as previous posts on his CV, it is safe to say Joseph were on to a good thing and since his appointment, Joseph has seriously made a mark on British men's fashion. Mark Thomas has certainly retained the Joseph ethos with his designs however he is pushing it to become a brand for the fashion forward-thinking man. Whereas in the early stages of the menswear department when it was mainly focused on simple basic pieces, Mark and Creative Director Louise Trotter have massively developed the brand with an evidently rapidly expanding collection. 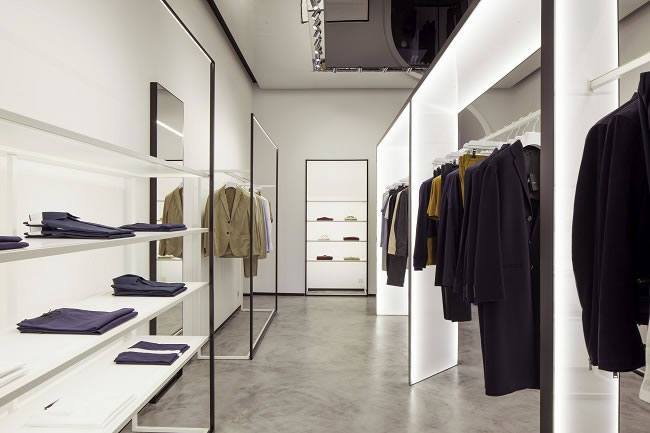 With some familiar faces amongst a large crowd at the opening of the store, it is clear Joseph's menswear already has a well-established following and rightly so. Mark Thomas was quoted in Vogue a couple of years ago as saying he wanted to create a line where 'Joseph women' would be envious of their boyfriends and partners. Having a browse through the Spring/Summer collection, I can safely say I would definitely be tempted to borrow a piece or two! The collection, shown at LC:M in 2015, has an obvious sporty look with performance fabrics abundant throughout but also consists of some more luxurious sophisticated pieces such as their cashmere coats and suede track pants. Easy to wear tones of navy, camel, white and grey have been used, as well as a hint of the colour of the year; blush. 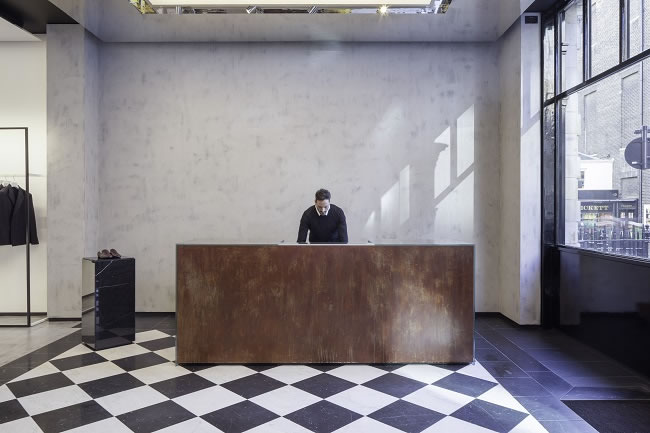 The 1000 square foot store consists of three 'rooms' which successfully create a feeling of a modern art gallery. The architects chosen for the project were Sybarite who have a history or designing some of Joseph's international boutiques as well as other high-end retail clients such as Marni. Each minimalist monochrome room offers decent space to walk around and browse through the current Spring/Summer collection on display. The design of the store mirrors the DNA of Joseph as a brand, where they like to maintain their traditional lines but incorporate modern accents. Cor-ten steel rails have been used to display the clothing which hang over their original parquet flooring, which works in contrast to the contemporary reflective ceiling panels and concrete floors in the middle 'room'. 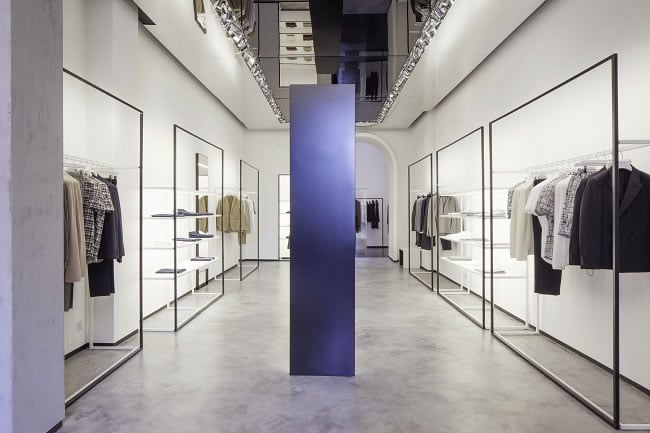 All in all this is the perfect debut space for Joseph's menswear department and a very enticing store for men to treat themselves. It is clear Joseph's aim is to broaden the spectrum of their clientele but with the positioning and design of the store perhaps they hope to invite the more affluent of London shoppers. It is a highly minimal store where I do wonder if a modern piece of sculpture, painting or photography might add to the atmosphere of the space, however I was certainly impressed. The relationship between the concept of the store and the clothing itself has obviously been cleverly thought through. I am sure Joseph menswear will only go from strength to strength from here on out. 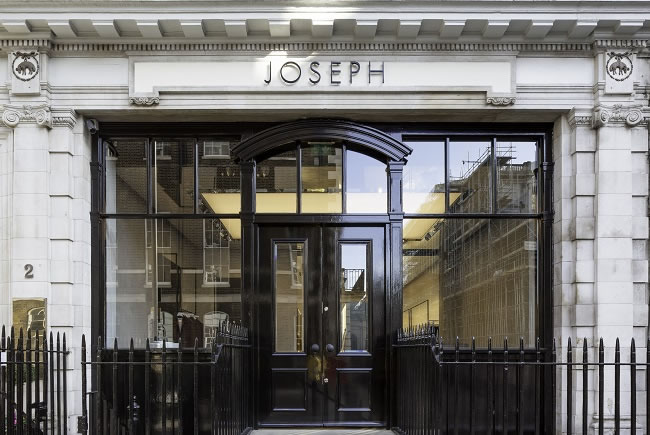 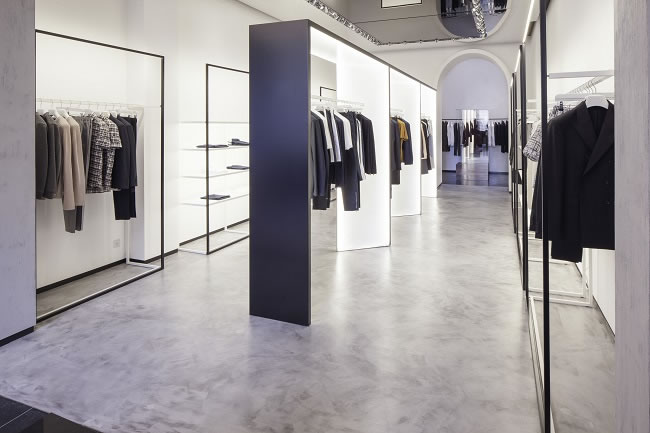 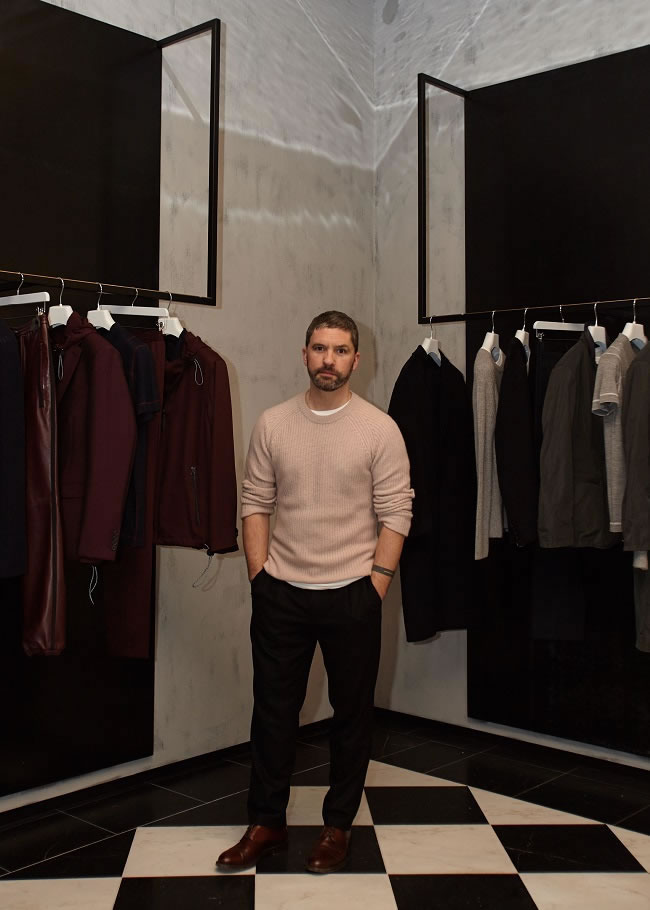 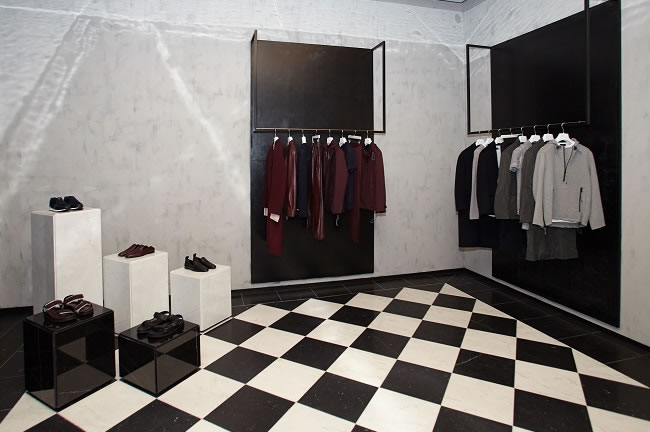