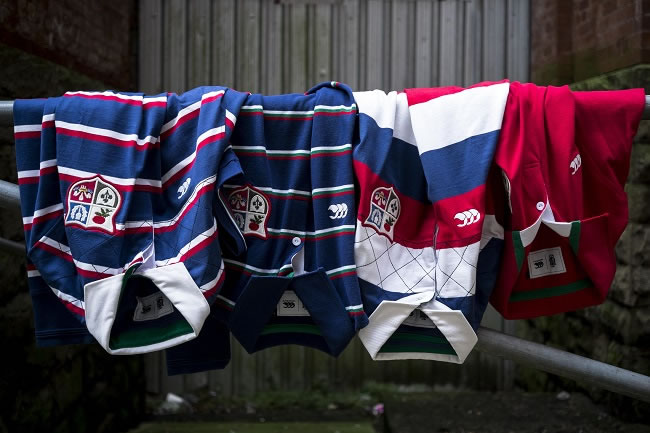 With the Six Nations coming to a close and England successfully gaining the Grand Slam win, rugby is well and truly back at the forefront of the sporting scene. The next major event in the rugby calendar is the British and Irish Lions tour of New Zealand in 2017. As previously discussed on MWS, at the end of last year it was announced that Canterbury have taken over the partnership from Adidas as apparel sponsors for the tour.

To kickstart the campaign Canterbury have launched their 'Since 1888' range. The four piece shirt collection has taken inspiration from the birth of the 'Lions', or as they were known back then 'The British Isles Rugby Union'. The 1888 series of games was the first major tour of the Southern Hemisphere for any European team. They team were primarily identified as the British Rugby Football team, however with a Scottish captain and three other players from north of the border they were from then on known as the British Isles Team. The first Irish players joined the team in 1896. It was originally suggested as just a financial exercise and it was not intended for a so-called 'British Isles' team to be created. However, with a surprising result of the visitors winning 27 games out of 35, the popularity of the sport, and the tour, grew and eventually developed into what is now famously known as the British and Irish Lions tour. 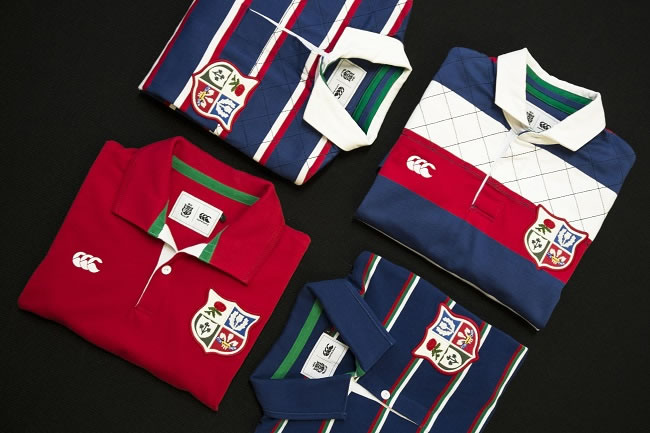 In 1888 the team attended their matches wearing red, white and blue 'hooped' jerseys with white shorts as their uniforms. In honour of this, Canterbury's 'Since 1888' collection replicates the original attire in colour combination and also in style with the wide collar. This fits alongside the classic detailing and designs of Canterbury. The four piece collection consists of two traditional long sleeved jerseys, available in a thin and thick striped, multi-colour way. Definitely suitable for any rugby match! The other two pieces are the more modern short sleeved polo shirts available in a striking red or a striped navy. All four pieces are adorned with the iconic crest of the tournament. This capsule collection certainly makes a nod to the history of the sport and Canterbury are inviting everyone to become a part of that history. All four pieces range from £55 to £80 and are now available online at Canterbury.com