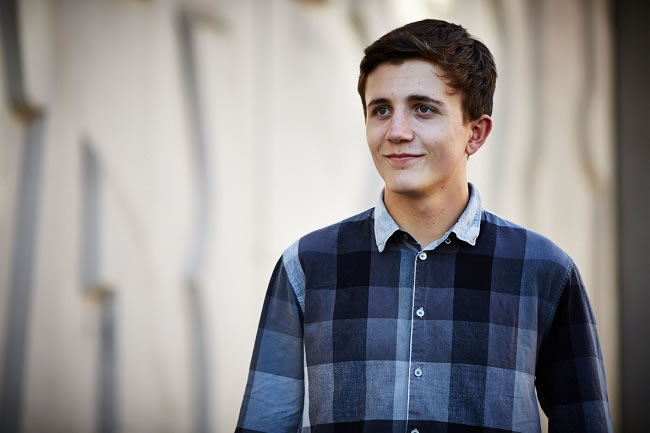 Virgin recently mentioned him as one of the young entrepreneurs to keep an eye on in 2016 and after reading his story of how he has reached the heights of his success, it is no wonder Arran Rice is part of an exciting group of technological minds taking the entertainment world by storm! Arran started his online media business at the unfathomable age of 12, from his bedroom in Cheshire, and since then his ideas and business portfolio have gone from strength to strength. We live in an age now where technology is moving so quickly it is almost impossible to keep up, but if you have the passion and determination like Arran, the sky is the limit.

At the age of 17 and still in college, Arran has developed over 500 websites, over 200 mobile apps and has built an internationally successful business, Wizzed Media Limited, which has around 60 million views a month. Those are some pretty impressive statistics! Whilst it may be thought that he is constantly glued to a computer, Arran is a grounded young man who knows how to enjoy living life as a teenager. It has not been the smoothest of rides getting to where he is now, as there have been low moments of having to sell his initial companies, but the struggles have paid off and he now finds himself in a highly sought after position with many people vying for his attention and knowledge. 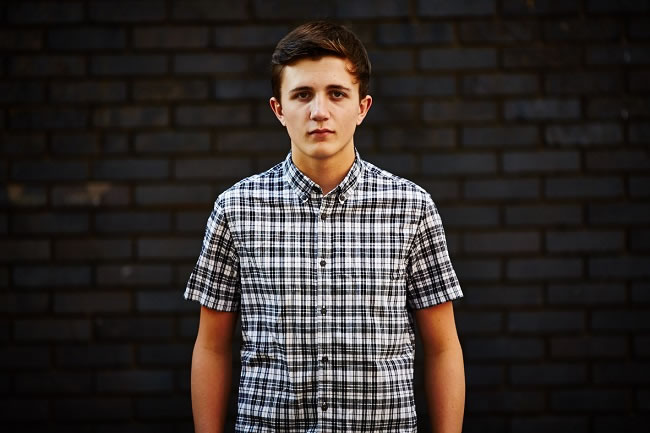 Whilst the obvious choice of life in Silicon Valley sits prominently in Arran's thoughts, he is actually making a move to London to develop his business alongside some of the biggest technology companies in the industry. MenswearStyle caught up with with Arran to find out more and the story behind his enviable success.

So Arran, can you tell us where your passion for technology stems from?

“When I was 11 I was given a laptop for Christmas and I started experimenting on the internet, just as a hobby more than anything. I created a few YouTube channels and started a selection websites – for me it was a really cool concept that other people could go online and see what I was doing. I launched a gaming website in November 2010 and it became popular really quickly. From this moment, I was hooked.”

“When I wake up I check my emails and make sure the sites are all running properly then it’s off to college – I am studying for my A-Levels at the moment. When I get home I take the dog out for a walk or do some exercise before doing college work and catching-up on business emails. Then after dinner, I might have more work to do or if everything is under control will take some time out and relax. I am also in London regularly for meetings - I try and cram in as many as I can to make best use of my time.” 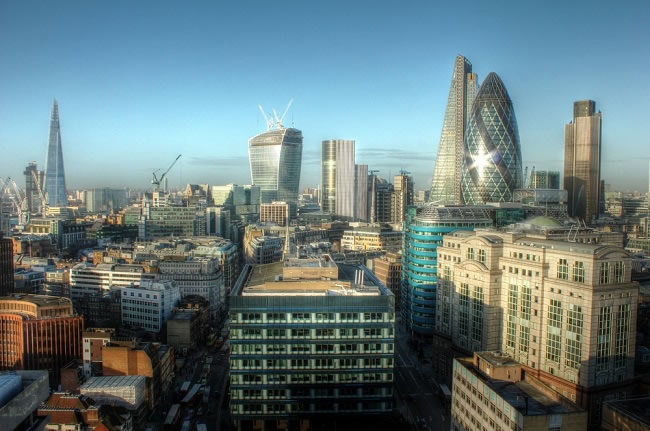 Working so hard from such a young age, do you feel you are missing out on anything?

“No, if anything I think I have gained more from working hard. I have a really great work life balance which means I rarely miss any social events, and as I have grown-up in the countryside I have great memories of being out playing every day and building dens. I am really fortunate that I can travel too – I am off to Vietnam over Easter - which is only possible by my hard work.”

Are there any technology companies that particularly inspire you with your work?

“I think the way technology has grown over the last decade has been crazy – it has allowed us to communicate on a whole new level. I think Facebook is a prime example of this and it has been inspiring to see how it has evolved and taken advantage of new technology.”

There is a huge amount of competition out there with the designing of apps, how do you make yours stand out?

“When I launched my gaming guide apps in 2013 there was not a lot of competition out there so I became a market leader, by doing so I have created a huge user base. People are now trying to compete with me, which is a nice position to be in.” 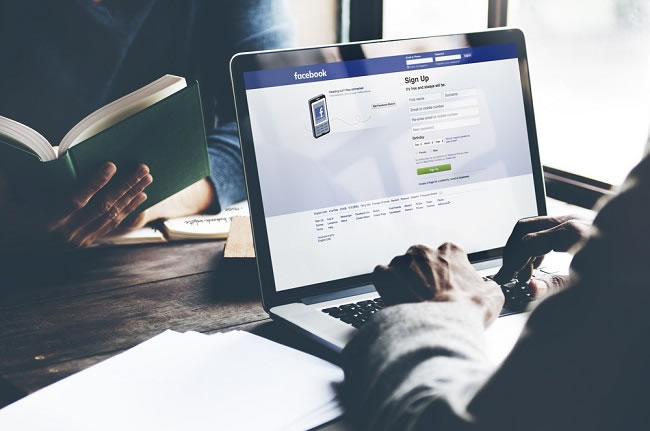 How do you advertise your business?

“I don't advertise my business directly - I advertise my portfolio on popular news websites such as CNN and Mail Online.”

How did you go about finding people to bring into your company to join you on your development of the brand?

“I use freelance websites, such as UpWork, to find new employees, and networking at events held by tech companies, such as Google, have been really helpful in meeting people in my field.”

Is there anything you would have done differently when you first started your company?

“I first launched my Wizzed website in 2013 but closed it down after a month as it wasn’t having much traction. I tried again in 2015 and it’s now my most successful site. I think if I had kept going with it the first time it would have worked but at that point my Minecraft website was massive so I’m not sure how both would have worked. I am a big believer in everything happens for a reason.” 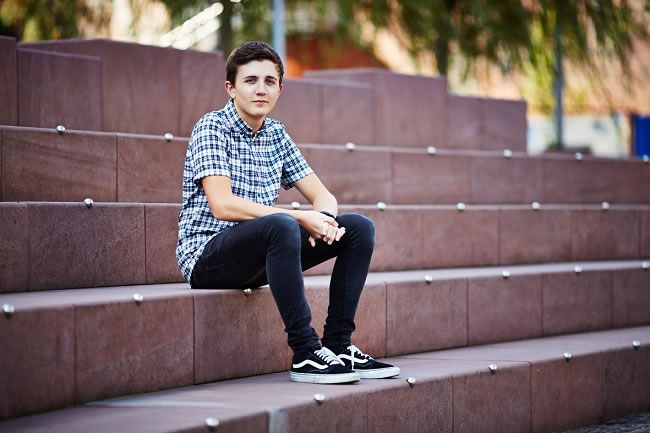 What would you consider to be your biggest success so far?

“The biggest success has been getting my website portfolio to hit 60,000,000 page views in a month. That is 83,000 page views per hour, which is a massive number and a huge achievement.”

What has been your biggest challenge and how did you overcome it?

“I have been able to scale my sites and grow them with no external finance, which has been a challenge, but I put together a growth plan using all of the finance I had to maximise growth which has worked well.”

Originally you had planned to spend this summer in Silicon Valley but have now decided to move to London, why is this?

“I had hoped to spend some time in Silicon Valley but my plans have changed as I am moving to London to grow the business and take advantage of opportunities that have come my way. I have made some really great contacts over the last few months and I now have an opportunity to open a Wizzed office in the city. I am off to visit Silicon Valley but only for a few days on business – I would still like to experience the world tech hub so it’s still firmly in my plans to do.” 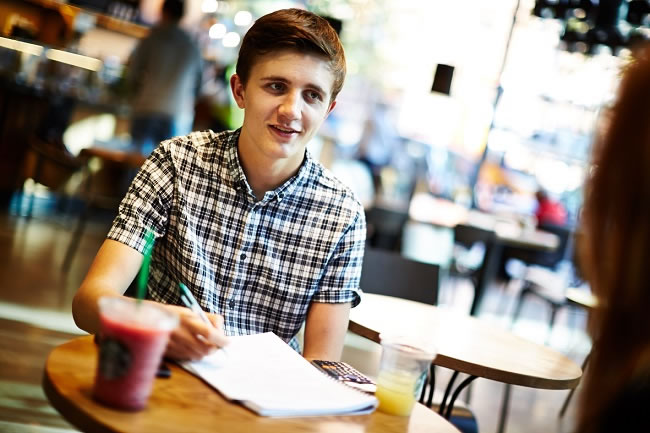 The world of technology is so fast-paced. It appears on social media you love to travel, is that a way to slow down and take a break from it?

“Absolutely - I love travelling as it’s a chance to get away from long hours of work. Even when I am in different places I will spend an hour or two working each day. Although in some locations it’s not as easy to work - for example I was recently in South Africa and the internet access was so poor so I couldn’t actually do anything. But this just meant I was able to relax even more. I love experiencing different cultures and learning more about the world we live in. It has helped shape me as a person and as a businessman.”

What do you see in the future for your business?

“In the immediate future my focus is on the opening of a central London office to really take the business to the next level. There are so many opportunities out there, I am really proud of what I have achieved so far and I am excited for what is next.”