IN CONVERSATION WITH SCOTT SCHUMAN OF THE SARTORIALIST 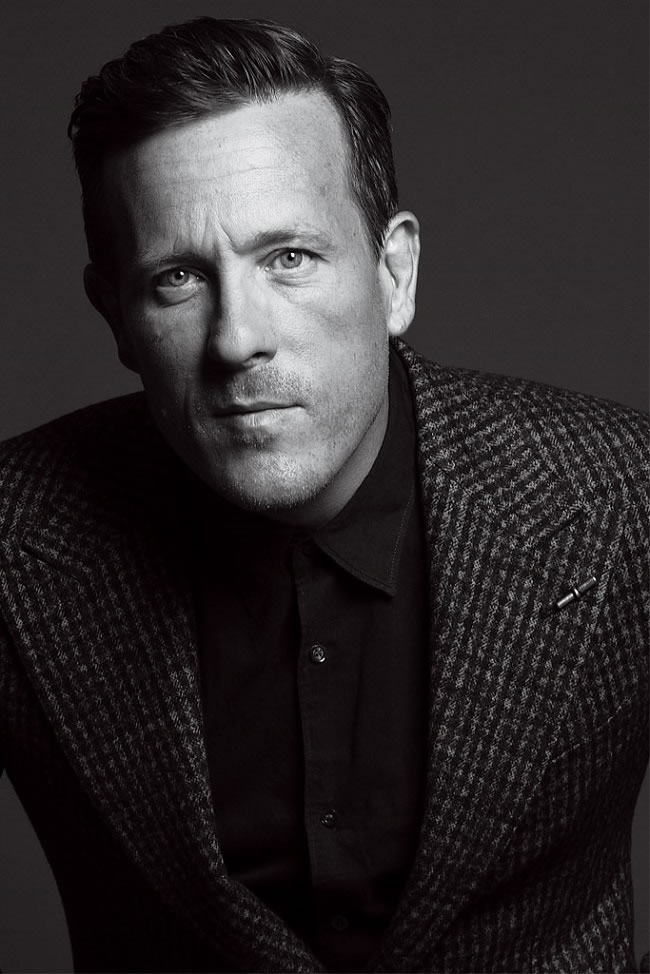 Scott Schuman, the critically acclaimed photographer behind the visual diary, The Sartorialist, is a man unapologetically obsessed with colour. So much so, that the inclusion of colour informed not only his photographical choices, but was a key element in his recent collaboration with Italian shoe brand, Sutor Mantellassi - "I wanted to do something with colour combinations. Really interesting colour combinations that I like, and I think it's very sophisticated." Schuman also marked a decade of observing both fashion's elite as well as everyday people on his blog with the release of his latest collection of images entitled X. Arguably Shuman made 'street style' a discipline in its own right, both for photographers and those who wish to be captured. Most would agree that this is now a key element of the industry and constant source of innovation and inspiration for fashion's top influencers.

As an in-demand influencer himself, the collection for Sutor Mantellassi, seemed to be an extension of what Schuman needs for his professional life. As a previous supporter of the brand, the collaboration was an easy one, but this collection had one caveat: there had to be colour. This was the second time that Schuman has lent his vision and interpretation to the brand, and this time the collection was expanded to include luxury trainers alongside the hit lug-soled brogues from last year. In addition to looking good, the shoes had to be practical and suited to the typical street style photographer's day, which may include running to capture the perfect shot, bike-riding and then attending industry events in desirable locales. MenswearStyle sat down with Schuman at the launch of The Sartorialist x Sutor Mantellassi collection in Harrods to talk about what makes a good photograph, what's missing from the luxury trainer market and of course, colour. 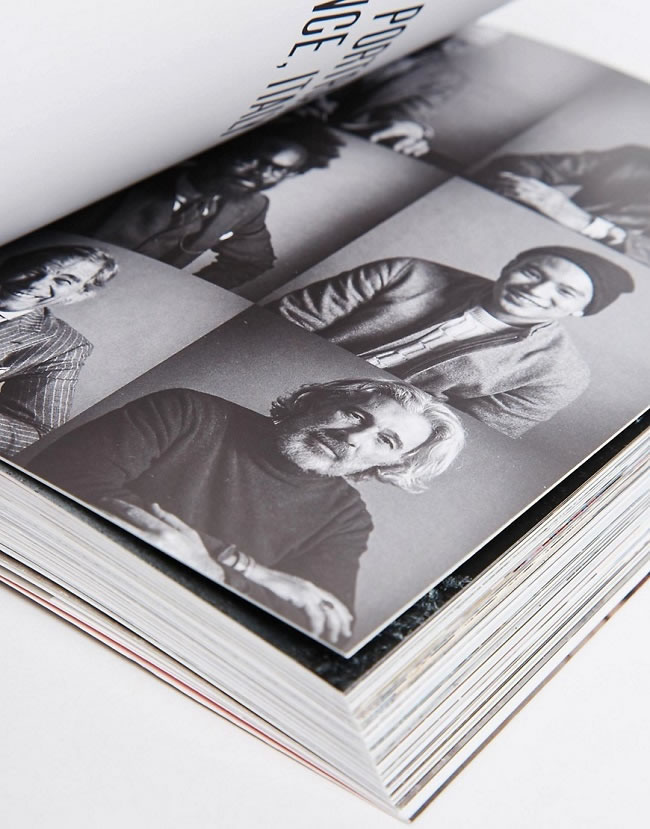 How did the collaboration come about?

“Well, I like fashion and I had worn Sutor Mantellassi shoes before. I'd bought them before. So when they called and said, do you want to design a special shoe, they started to tell me about the brand and I told them I already know about the brand. I wear it. I know it. They've got a shop in New York and in Florence, and I knew it pretty well. So I was like 'yeah, let's do it'. And luckily, with almost everything fashion-wise, I have an idea of something that I want that I haven't been able to find. Basically the idea of a shoe that looks kind of like a dress shoe from the top, with a heavier lug sole, with this kind of lug sole. I've seen other types of shoes, but the lug comes right out to the edge and it's too noticeable, where I like that it's a little more recessed. We did one [shoe last year] and the reaction was so good that we decided to continue the relationship and so I did one more shoe and one sneaker style and again, it's always very good when people come to you, because you can be a little more demanding.”

Yes, absolutely. You can shape how the collection looks and feels.

“Yeah, if they want you then you can say 'alright. If I do this, I want this, this and that within reason. So, I said, we'll do this and you need to build me a whole new sneaker shape. They had done very Italian sneakers but they were more like casual dress shoes. I wanted these to be like real sneakers. Their sneaker are very polished and almost like dress shoes, but like mine, since I wear sneakers all the time when I'm out shooting stuff, I want them to really work. They can really be sneakers and I see what's out in the markets, at the women's shows and all that, and I know that there are a lot of brands who are doing beautifully coloured shoes, but they're solid. Whereas I wanted to do something with colour combinations. Really interesting colour combinations that I like, and I think it's very sophisticated like the one with the maroon and the pale blue and the green. I mean it’s nice that I tried to challenge myself, but I wanted to do combinations that a regular guy would wear, but also pushing the boundaries a little bit. it's not every day that a guy will wear a sneaker with a hot pink suede and red stripe on it, but I think it looks really good and I would wear those all the time. So it was really a natural collaboration in the way we work together. But it helped that I had a lot of ideas.” 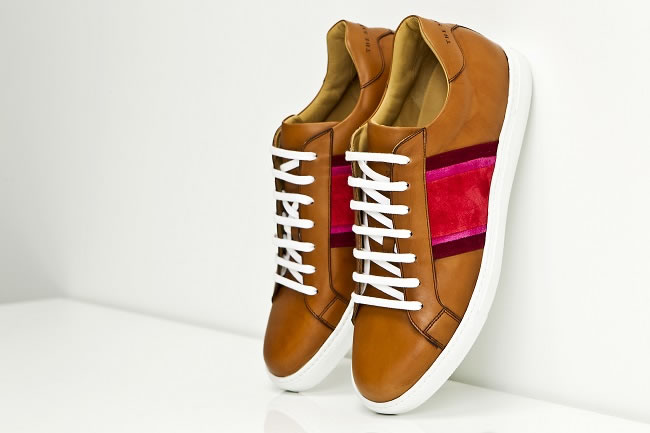 How much has your observational side informed what you wanted to do?

“Not so much, and I think it's similar with most designers that I know. They say when they're not looking at specific ways of copying what they see, it's more that it's abstract inspiration, so for me I would look through the book (The Sartorialist: X) and I'd look at colour combinations or more abstract things. That's even why in the book we did a special section on like one little story and look at the picture upside down. I wanted to talk about this idea that there are so many people saying 'the shows are irrelevant to me, I can't afford those clothes, no one would wear those clothes' and so we turned the picture upside down and I said, 'Don’t think about how much they cost or where you're going to wear them. Look at the beautiful colour combinations. Look at the way they're mixing patterns. Look at the abstract inspiration.' That's why I called this the 'Runway Challenge' and it's the same way I use the book. I don't take it too literally. It's more about imagining who that person is, looking at the colours, and it could even be how the jacket goes with the background of that building. So, my work inspires me the way I think it does most designers, so more about abstract place to start.”

Is that what you look for when you're out shooting?

“A picture is three things; there are three important elements for me to feel like it works. One is the person, one is the clothes and the other is the setting and the light. So maybe that's four. The setting and light are kind of in the cosmos. And if one is off, then too often the picture doesn't work that well. I never really take a picture because the clothes are great or the girl is so beautiful. It really has to be a combination of all those things. The background has to be right, the light has to be right. So when I'm out, I'm just looking to make a good photograph, but I've done it so long, like anyone who has done something for a long time, you don't really have to think.” 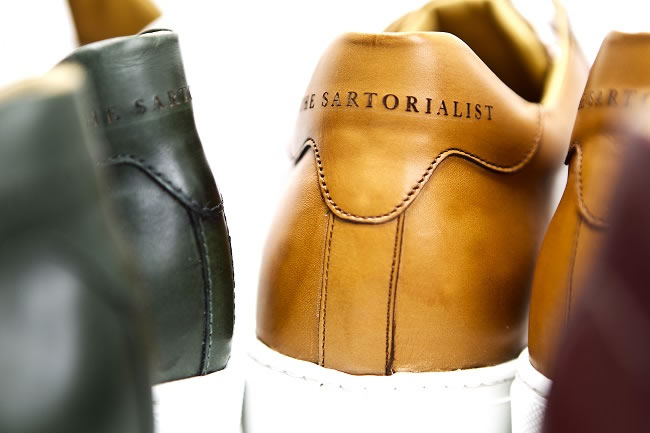 Do you have a thought about who this is for or is this just kind of for everyone?

“Yeah, I think it really goes across to a lot of guys. Just like my blog, it is a certain kind of guy who I think likes design, but is not too precious. I would say that maybe a dandy wouldn't wear it, but I could see someone that's a dandy who could wear it. I wear these shooting all the time and they're incredibly comfortable .I don't wear socks with them most of the time. I think of them as very sporty shoes, so they're dressy and sporty. These are just as comfortable running around all day shooting as the sneakers and I think the guy who would gravitate towards these is a guy who wants something kind of chic. It's beautifully made and the colours are good, the dark greens, the maroons, stuff like that, but they're also cool. They're a little bit cool, they have a little bit of an edge with that lug sole, so you could say the edge is kind of sexy, I think it's also kind of rugged. There's something with the shoe that was very virile and masculine. We still kind of pushed the envelope with the colours and the sneakers and they're really real sneakers. But the colours are a little funkier. You just don't really see those colours. When you look around at the designer sneakers, they're pretty solid for the most part. I think mine are a little more open.”