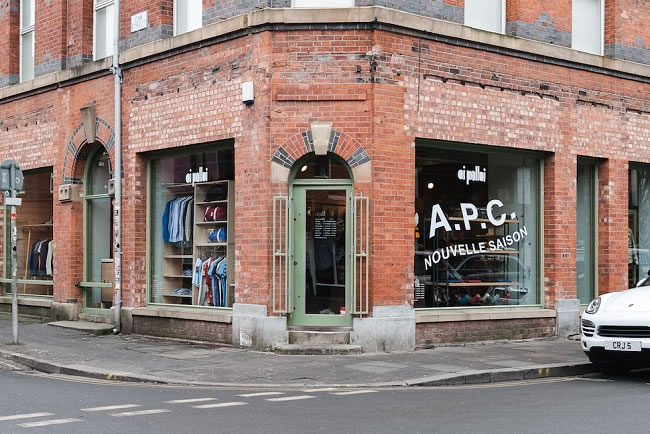 The high street is all well and good for the odd bit here and there. However, if you want to avoid continuously bumping into people wearing exactly the same clothes as you then you’d be well advised to shop for the more important elements of your wardrobe elsewhere. While the Internet can be a good resource for this sort of thing, you do sacrifice the ability to try things on and feel the quality for the benefit of convenience. What you need to do is to get yourself into a proper menswear boutique which stocks independent brands from all over the world, but it can be tricky to find them if you don’t know where to look. We’ve picked what we think are 7 of the best independent menswear boutiques in the country so that you can shop like a pro.

Steve Sanderson and Nigel Lawson have been refining the Manchester style since 2002 with their carefully selected roster of brands. Don’t despair if you’re a bit further south though, as Oi Polloi now have a second, slightly smaller home in Soho, London, which stocks a condensed selection of what’s on offer at the Manchester flagship. You can expect to find a large selection of Adidas Originals footwear in some hard to find colourways; along with brands such as Beams Plus, Engineered Garments, Fjallraven, Stone Island and many more. 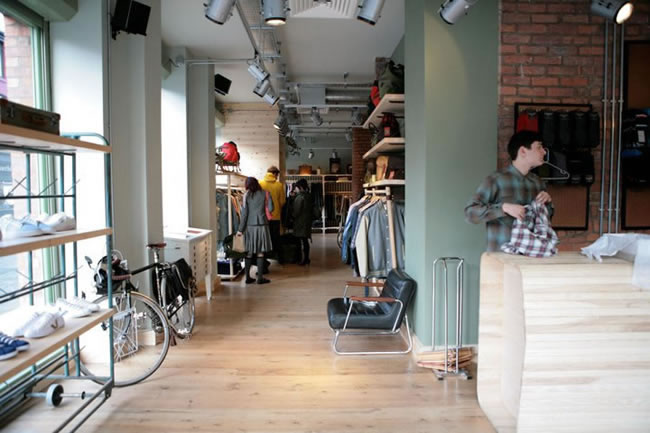 MKI is situated in the Corn Exchange, one of Leeds’ most iconic buildings; and what better place for it, seeing as it is one of Leeds’ most iconic shops. Set up in 2010 by Vikesh Tailor, MKI’s own line of lovingly designed and modestly priced clothes quickly became a big hit amongst the style conscious men of the city. Since then MKI clothes have found a home in some of the worlds leading retailers but this little shop in Leeds is where it all started, and if you nip in for a look you’ll find it difficult to leave empty handed. 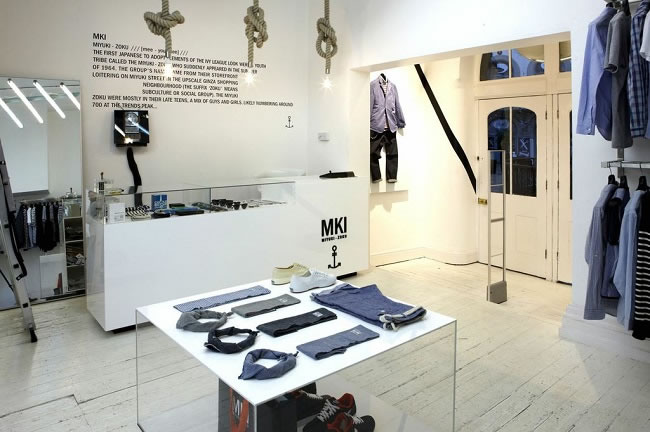 Having first opened their doors all the way back in 1988, Triads have been putting Middlesbrough firmly on the map when it comes for contemporary menswear. With two stores stocking every from Canada Goose to Vivienne Westwood, Universal Works to Stussy, Triads have been kitting out some of the best-dressed men in the north and further afield for almost 30 years. 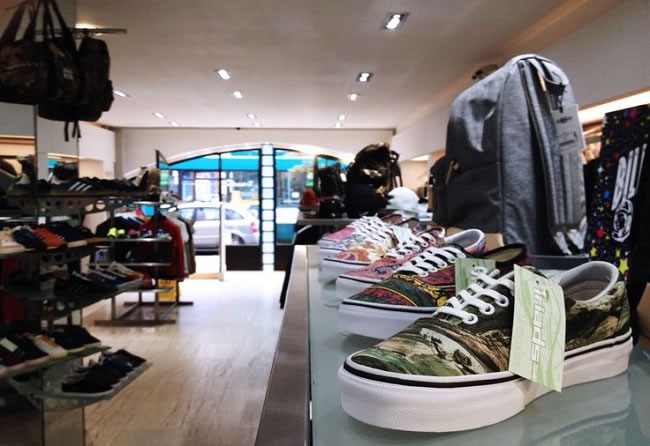 Since Goodhood opened back in 2007 they have rapidly grown into one of the market leaders. The store prides itself on it’s curational buying style and it’s tendency to, as they put it - “follow the flow of culture, rather than the trends of the fashion industry”. It’s also situated in one of the most exciting parts of London and with the new flagship store having opened in recent years, now is the perfect time to drop in. 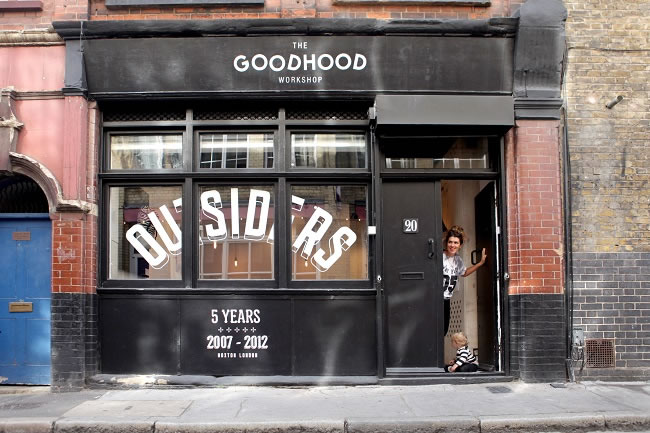 The Hip Store is a longstanding Leeds institution and is well known in the city for bringing new and exciting brands to the north whilst encouraging new talent. Having moved locations twice in the past few years the shop now has it’s home in it’s largest space to date on Vicar Lane, right in the heart of the city’s shopping district. You can expect to find clothing from the likes of Human Made, Lacoste L!VE, Norse Projects, Visvim and Neighbourhood. 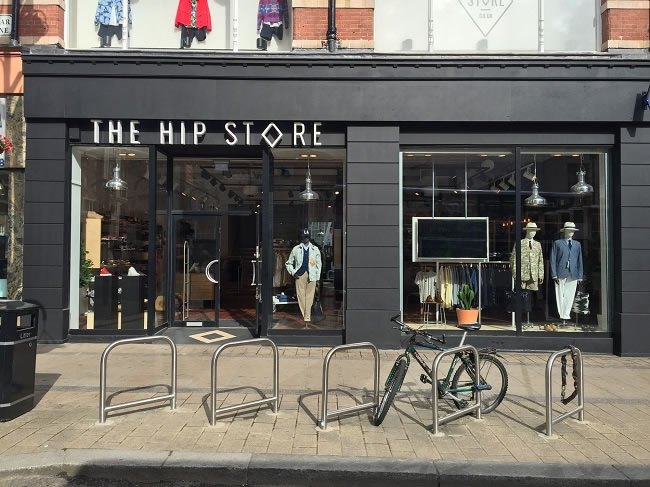 Located on one of Brighton’s oldest roads, Peggs and Son have been delivering the highest quality menswear available from all across the globe for the last 16 years. Aiming to stock the finest internationally sourced items - whether it be Japanese selvedge denim, Scandinavian shirting, hand-made shoes or technical sportswear – Peggs and Son are a one stop shop for any modern gentleman who finds himself on the south coast. 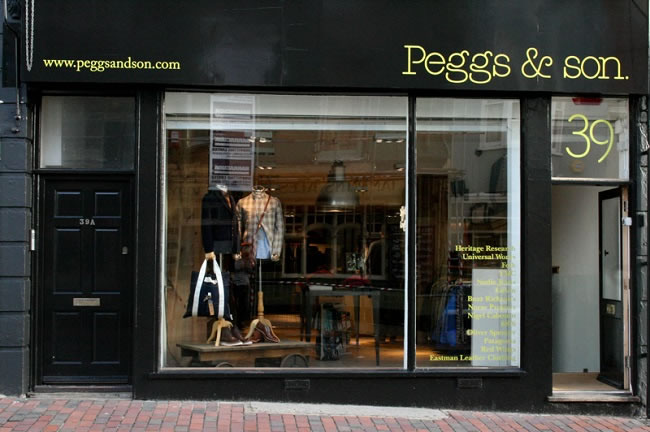 As well as being one of the leading retail forces in men’s fashion online, END also boasts it’s own brick & mortar store in it’s hometown of Newcastle, with plans to open a second venue in Glasgow next year. Previously split into two small stores which sat adjacent to each other down a Newcastle back street, their online growth has allowed them to move to a much larger store a few months back. The new store offers a minimal aesthetic with exposed brickwork and marble flooring and is worth a visit for the interior design alone; but if you’re determined to buy some new threads too then you can choose from the likes of Comme des Garcons, Saint Laurent, WTAPS, A.P.C. and countless others. 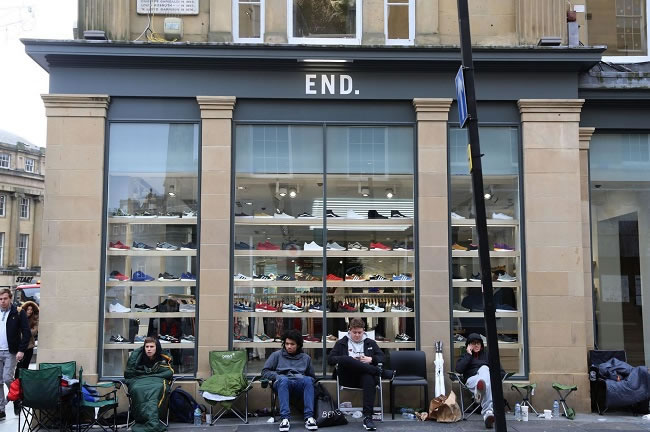