THE KIT SPONSORS OF THE TOP TENNIS STARS

TOP 5 BRANDS THE PLAYERS ARE ROCKING AT WIMBLEDON RIGHT NOW 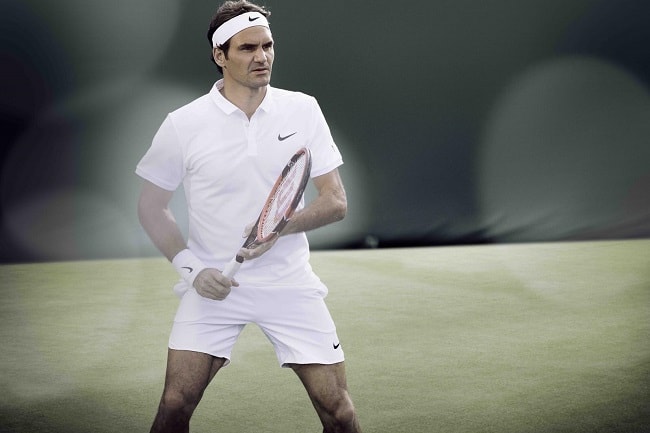 Some might call me thematically predictable for introducing you to the top 5 brands the tennis stars are rocking at the All England Lawn Tennis Club right now, but I like to think of it as timely and informative. Quiet please!

Remember when Nike was on shaky ground when they had the ambassadors in the headlines for all the wrong reasons. Thierry hand-balled against Ireland which meant they didn't go to the world cup. Tiger Woods went on a shagging spree. Well, Federer stood firm. His relationship with Nike is so good they've even let him in the design studios. His capsule collection NikeCourt consist of sleek, masculine cuts with minimalist colours.

That's right, he's British until he loses. But with England out of both the Euros, we really have nothing else to hang our hat on. Andy will be rocking the Under Armour brand. Its secret ingredient is the Charged Cotton fabric which has a blend of hydrophobic and hydrophilic fibres. The result is a game-changing fabric that absorbs sweat from your skin and then speeds it to the surface where it can evaporate faster. Way faster than ordinary cotton. 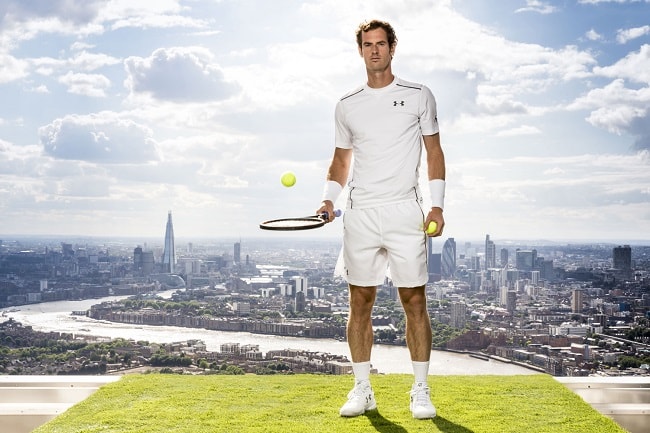 Djokovic was with Italian brand Sergio Tacchini, but after they failed to make bonus payments Novak told them to hit the bricks. He still wears Adidas trainers (reportedly out of choice and not sponsorship), however he rocks Uniqlo mainly due to the apparel brand not being in competition with a big name like Adidas. It's a huge scoop for Uniqlo who are trying to establish a name for themselves in Men's tennis. 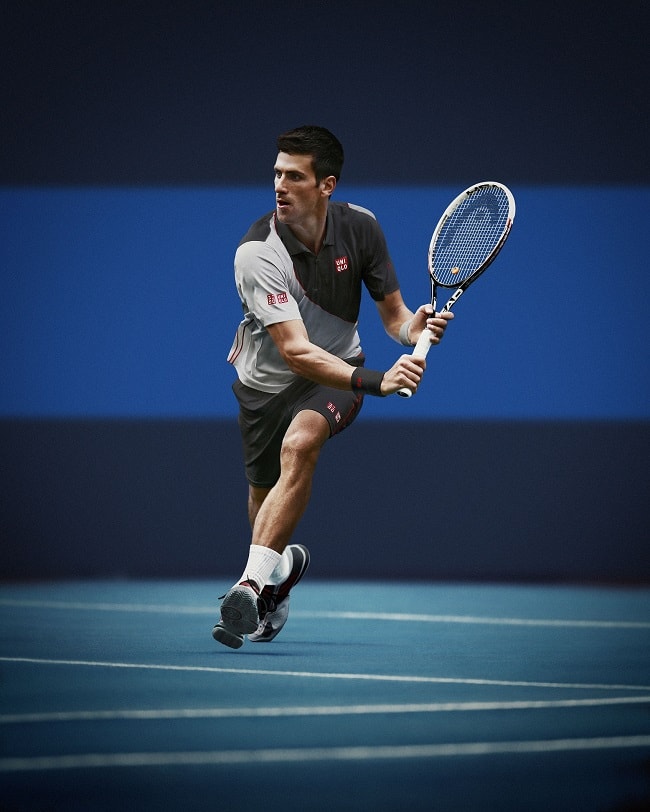 At the time of writing this I've just seen Tomas slip over on court and clutch his ankle. So I hope that not only is he ok, but he picks himself up and goes on to win so that this is relevant to the article. You'll see Tomas rocking the Adidas Barricade collection. Tomas himself favours the brighter colours (sadly Wimbledon only allow white) such as the Adidas Men's Barricade Uncontrol ClimaChill Tee. 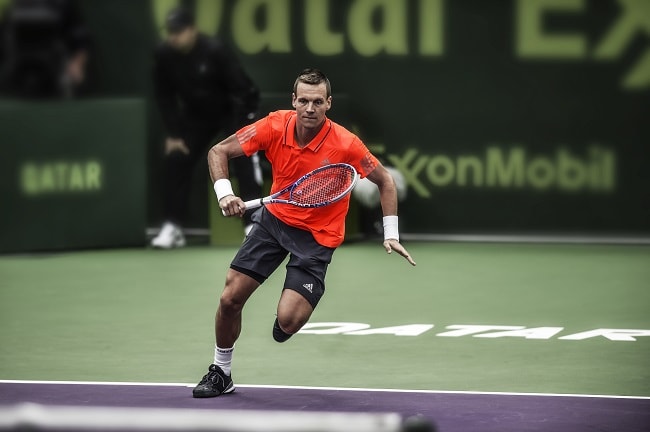 Stanislas Wawrinka, aka ‘Stan The Man’ uses Yonex equipment which caters to his offensive baseline strategy. His highly skilled stroke play and his agile movement is made easy with Yonex Eclipsion shoes. Search for more of his trusted clothing and equipment below. Yonex has entry level pricing and their fabrics absorb heat and perspiration, providing a significant cooling effect during exercise. 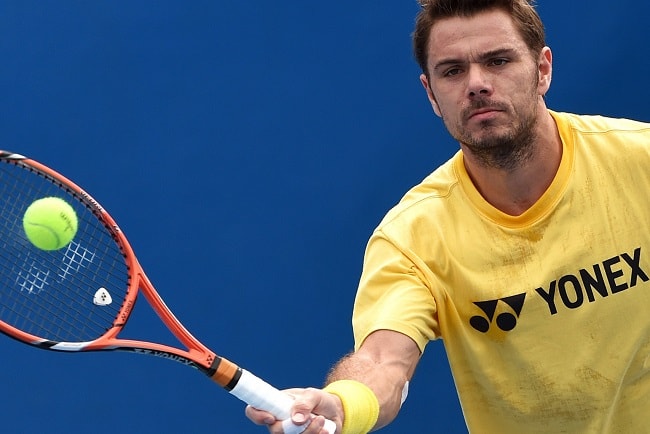