THE 8 BEST NEW BALANCE SPECIAL EDITION TRAINERS OF ALL TIME 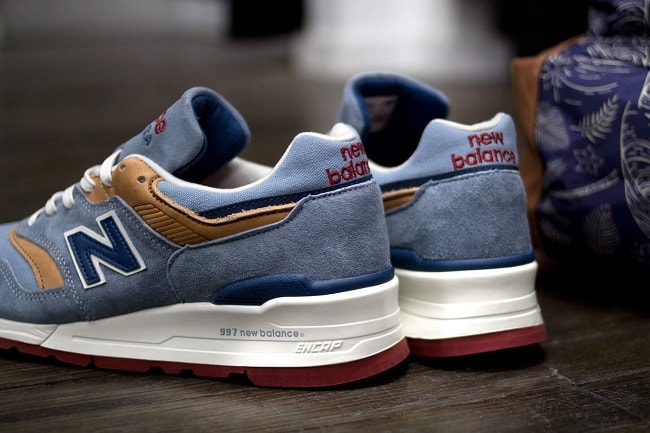 New Balance is a company that has got sneaker making down to a fine art. Based in Boston and with manufacture taking place at outposts in the US, UK and Japan you’re always guaranteed quality craftsmanship when you choose a pair of NBs. They’ve also got their collaborations nailed, and some of their special edition pack releases include some of the best looking kicks we’ve ever laid eyes on. So with all that in mind we want to go back and give you a look at some of the best New Balance collabs and special releases we’ve seen in our time. Be warned though, most of these shoes are long sold out and you’re guaranteed to leave this page wanting most of them. Proceed at your own peril!

The 557 has been one on New Balance’s most popular models since the ‘80s and this pack saw it getting a cricket inspired makeover. The suede versions are especially tasty, we’re sure you’ll agree. 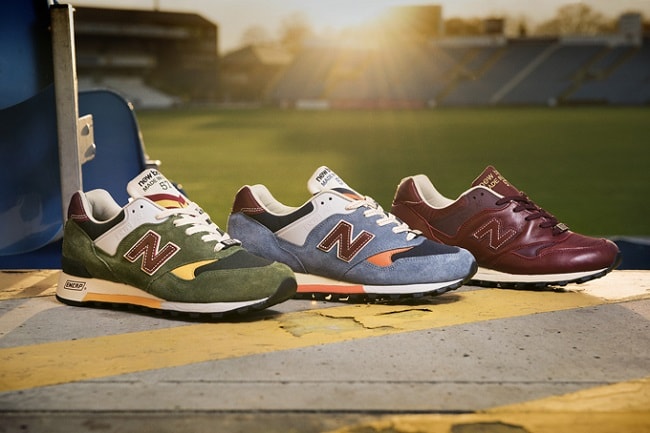 Kith boss Ronnie Fieg stepped up to the plate to collaborate on this colourful reimagining of the ever-popular 1600. The design took 15 months to complete and was inspired by Fieg’s trips to Daytona Beach in Florida in his youth. 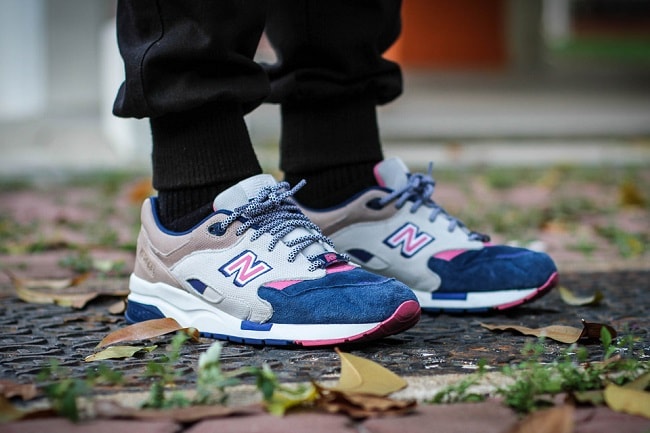 Made up of vibrant primary colours this 998 collaboration is one of several over the years between Concepts and New Balance. Finished off nicely with “Boston 2016” embroidered onto the heel. 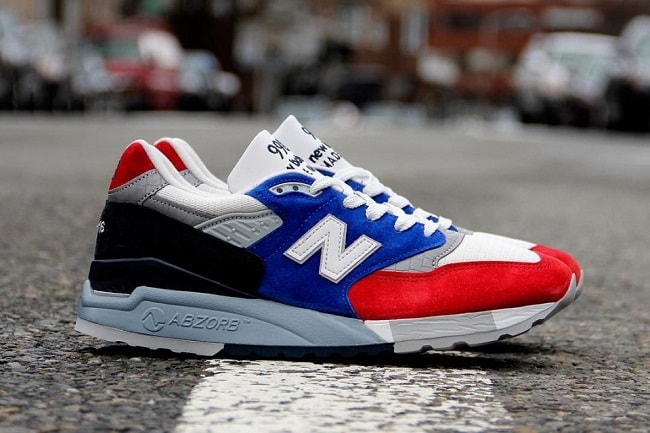 In this collab between the footwear giants and one of Paris’ premier contemporary menswear stores, the 1500 was given a makeover in autumnal colours and finished off with a camouflage footbed. Nice. 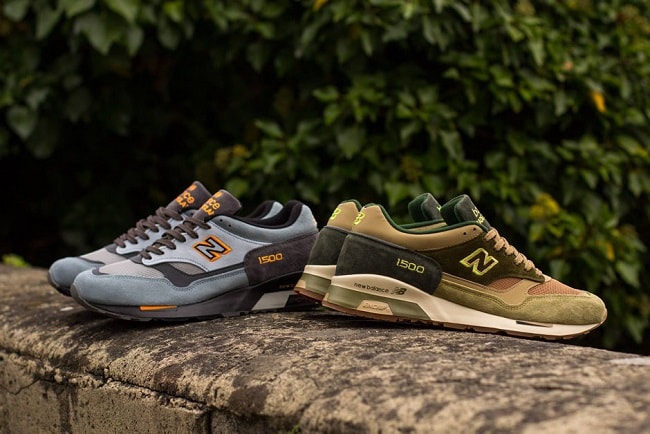 New Balance reworked their made in England 576 in three different colourways for this release, one to represent each of the tallest peaks in the UK: Snowdon, Scafell Pike and Ben Nevis. 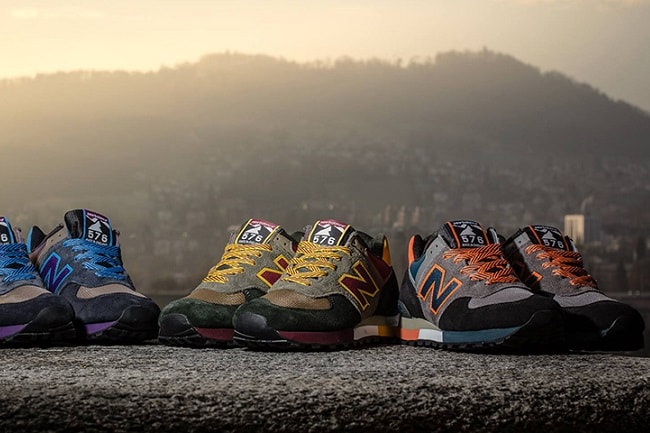 Norse Projects redesigned the 1500 to reflect the autumn Danish weather. The pack consisted of two versions of the sneaker: one in burnt orange to represent the Danish Forests, and the other in Grey to match the rainy skies. 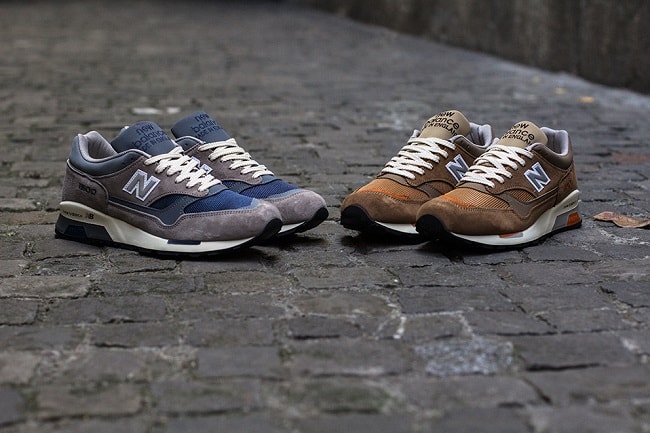 Texas-based sneaker blog Nice Kicks teamed up with footwear heavyweights on this moody reimagining of the 1500. A great understated yet striking design - thumbs up. 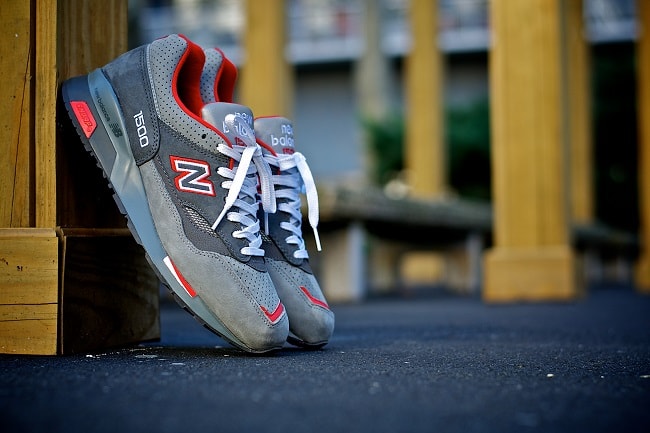 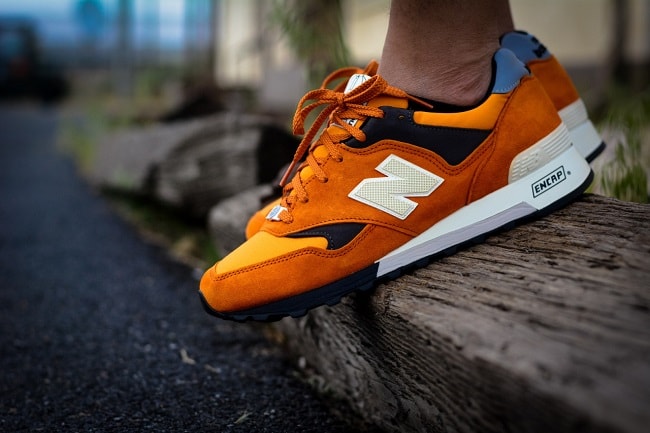