THE WEIRD AND RIDICULOUS WORLD OF THE MALE BEAUTY INDUSTRY 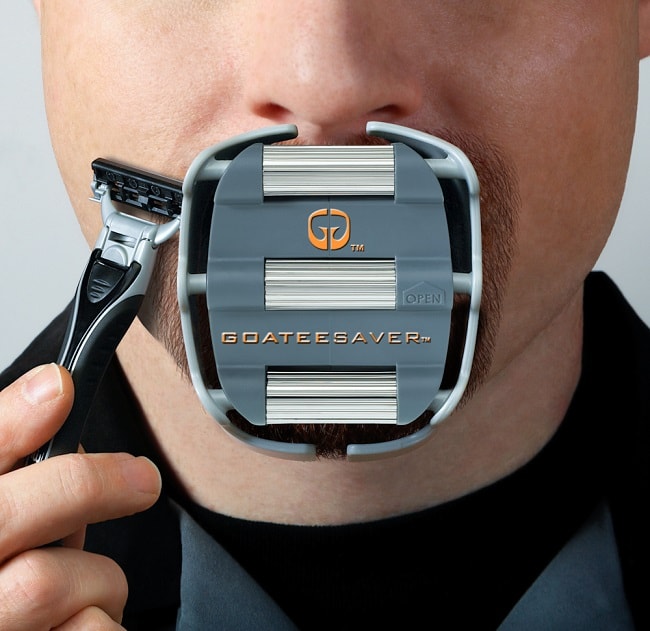 Over the past few decades the rise of ‘metrosexual’ has prompted more and more of us to take our grooming regiments more seriously, with some men even going as far as getting something called a ‘back, crack and sack’ which if you haven’t already heard of it, is every bit as bad as it sounds. But how far is too far? I personally would draw the line directly below the word ‘back’, but there are others who feel differently, as these ridiculous male grooming products go to show.

With the new David Brent film now out the circle beard could be due for a comeback (joking, it’s definitely not), but don’t you hate it when you’re trying to sculpt the perfect goatee in front of the mirror and you accidentally take too much off? Well hold the front page because with the Goatee Saver (Above) that’s a thing of the past.

If you’re going bald there are all sorts of grooming tips available for you, in fact we made a list of them. However, one thing that is quite rightly not mentioned is spray on hair. We’ve said it before and we’ll say it again, if there was some kind of miracle fix then you’d know about it, so it stands to reason that this stuff is best avoided. 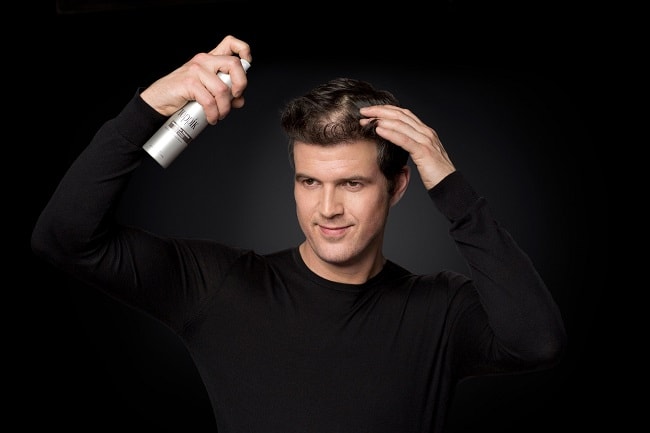 To be fair, this one’s actually pretty useful but it is nevertheless, still weird. The beard bib will catch any hair that would usually end up all over your bathroom sink and floor when you trim your beard. The only catch is that you’ll look absolutely ridiculous while using it, so lock the bathroom door. 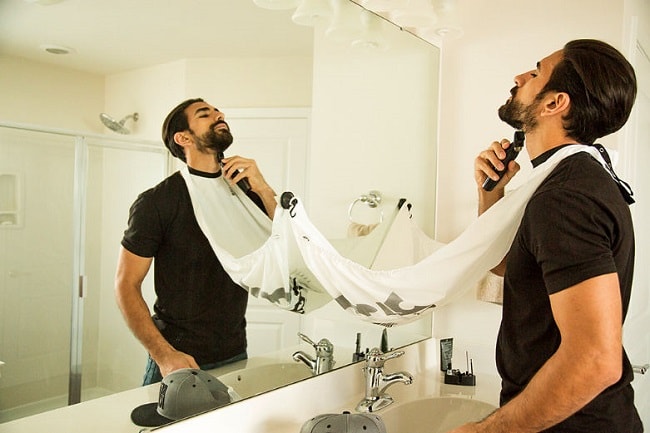 The Clip On Man Bun

Just when you thought an actual man bun was the stupidest thing a guy could ever have on his head someone invented a clip on one. The perfect option for when you need to look like a total plank instantly, without the hassle of waiting for your hair to grow over several months. 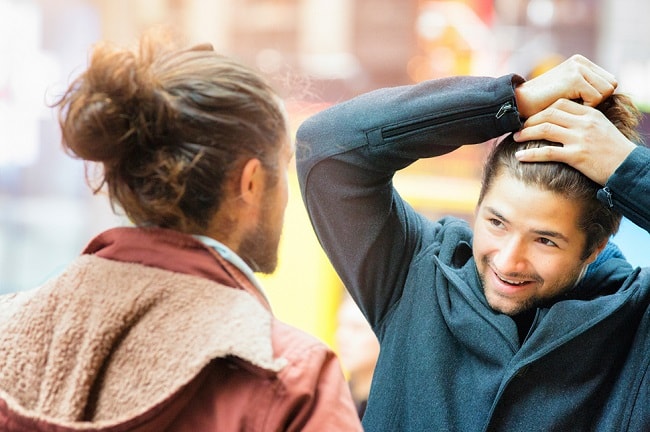 The Clip On Man Bun

Hair? Yeah. Teeth? Of course – but who knew you needed a brush to keep your junk in check too? Well that’s because you don’t. At least not according to anyone apart from whoever invented this ludicrous tool.