THE FUTURE OF URBAN TRAVEL

BREEZING THROUGH THE SUBURBS ON A HOVERBOARD WHILE AVOIDING FLYING DELOREANS 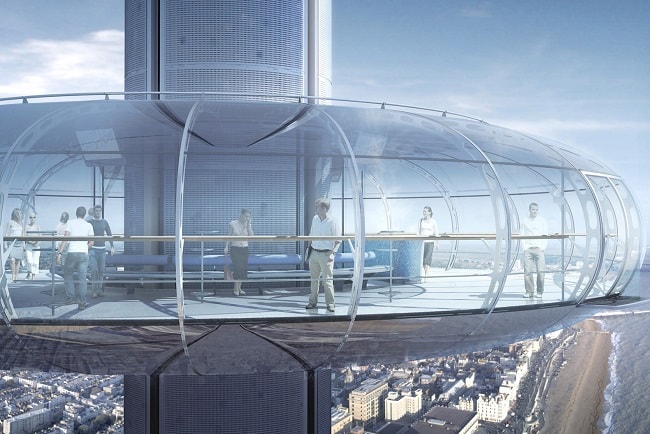 Where were you on two years ago? The chances are high that you weren’t breezing through the suburbs on a hoverboard while avoiding flying DeLoreans and other similar aerial vehicles. That date was glamorised in the movie Back to the Future II, a film created in 1989, and hopelessly wrong in its predictions on travel trends in the 21st Century.

We may scoff (and it wasn’t the only movie to predict hoverboards) but predicting how we will travel in ten years is difficult enough, let alone 26 years later. For example, China is leading the way in public transport with its visionary idea of transporting 1,200 passengers at a time in a bus that will literally be elevated over the rest of the traffic. Cars will pass underneath the bus as it glides along the roads in the most populous country in the world. While appearing to be a pipe dream, it’s possible that they could be in place by the end of 2016. If someone had asked you recently if such a mechanism for travel was possible, and what year it would arrive, one doubts you would have predicted now. 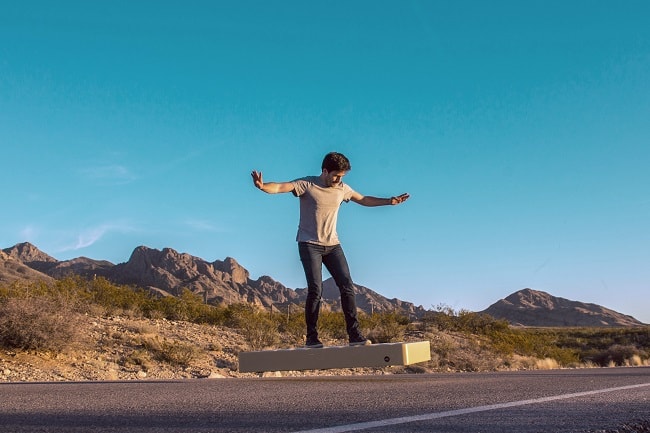 Another future/retro idea is the cable car, which isn’t just restricted to Alpine slopes and The Thames. Yes, the Emirates Air line in London has not lived up to expectations (except for party lovers) and cable cars are somewhat dependent on the topology of the landscape. Such systems are capable of carrying far fewer passengers than tube trains or subways but are regarded as an ecologically sound alternative with far fewer upfront costs. Medellin in Colombia has been serving its underprivileged hilltop neighbourhoods for more than a decade with such a system, while Kampala in Uganda may soon be acquiring its own version. Experts are even considering building one in Jerusalem despite the political atmosphere.

We know what we want from urban transport – efficient, safe, environmentally friendly travel, with somewhere to park and maybe enough space for a family. We’d like to get to work or a show on time, and not be stuck in a snake of hundreds or thousands of similarly-minded vehicles. We’d like to have the choice of walking, cycling, bus, train or sub, and have the option of travelling out to the countryside. Perhaps most of all, we want it to be cheap, and stress-free. 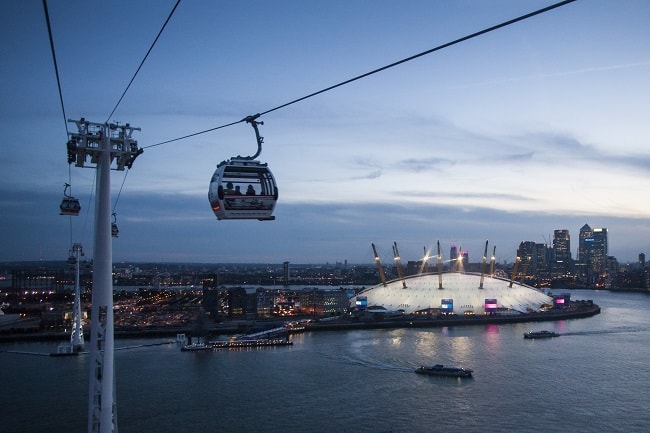 As Travel Weekly argues here, councils spend big money on planning how their citizens will travel both now and in years to come, but rarely do they get issues such as “congestion, noise and uncivil behaviour” correct, for a huge range of reasons. Cycling, skating and ‘walkability’, in particular, are sometimes seen as poorer cousins to using public transport, which in itself is only used by 3% of the world’s population. There are many reasons – not least the fact that users don’t like following other people’s schedules.

However, for the first time in history we have the digital technology capable of solving many of the problems described here, if all of the pieces of the puzzle can be brought together. Let’s take one of the main bugbears of urban travel – congestion. China is taking one approach with its giant buses that will literally travel over traffic, but what if one could literally change the patterns of how people are travelling over a space of a few months, so that the congestion is dramatically lessened? 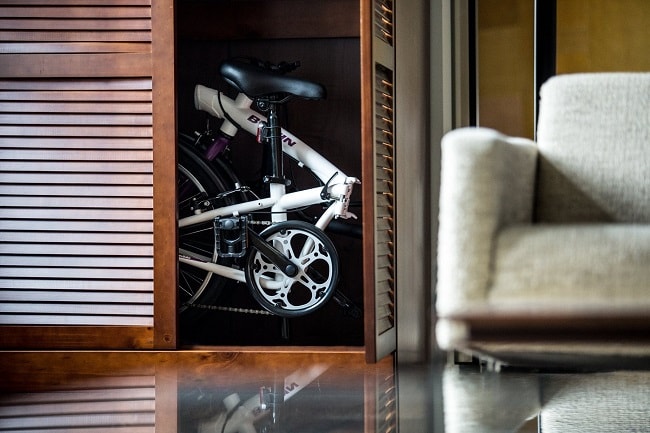 It’s happening - scientists at MIT and Ford Motor Company are developing a system that will instantly take mobile phone location data to infer urban mobility patterns. That data – plotting the behaviour of what millions of inhabitants of a given area do every day for a given period - could then be used to build a model to address ongoing issues.

Here’s another idea that isn’t new, but is making a comeback – trams. Associated with Amsterdam and regarded as a novelty to many, Nottingham City Council decided to implement a levy on businesses and their car parking spaces, to fund transport projects in the city. Despite widespread and long-lasting resistance from employers and unions spanning a decade, the levy finally went through – to great acclaim. That levy of £375 a year paid for two tram lines, an upgrade of the main railway station and more. Anecdotally it has been described as convenient, good value for money and fun to use – exactly the criteria to which successful urban travel should aspire. 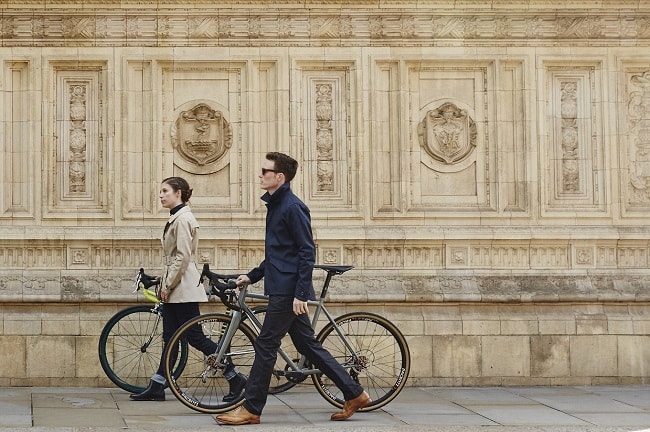 One of the main issues facing public travel is the lack of control a passenger possesses - having to rely on timetables to take a train or bus. Taxis give more control, but at expense. Therefore, it was probably inevitable that a combination of digital technology and motoring technology would combine to give people more control over their journeys, from start to finish. Portals such as JustPark allow homeowners to rent out their parking spaces, while Liftshare and others give people travelling on similar journeys the chance to pool resources by using just one car.

Perhaps more famous still are Uber and other ridesharing apps that are planning their expansion across the world. The company doesn’t own a single car itself, which allows it to put worries about keeping the vehicles fresh to one side while it concentrates on pure expansion. While Uber is available in 425 cities in 72 countries including multiple locations across the UK, it still hasn’t reached cities the size of Coventry, Cambridge, Derby and Brighton. 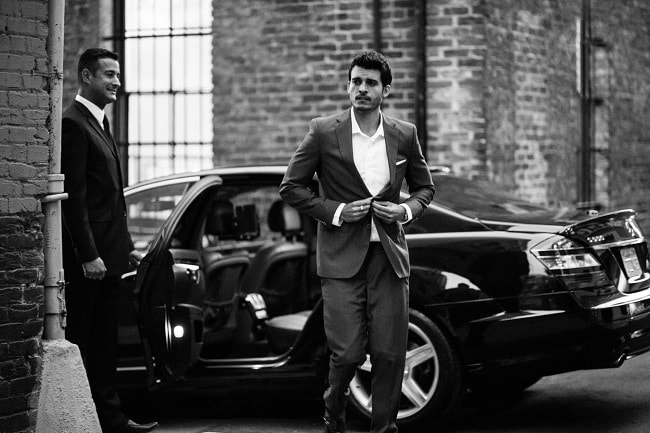 One would believe that a company predicted to have revenues of around $4bn and valued in the top 15% of firms in the S and P 500 will surely hit these locations soon, but perhaps it will be beaten to it. As well as Lyft and soon enough Google, smaller companies are muscling in on the act, targeting specific cities; as an example, Juno recently celebrated its millionth ride in New York, despite not yet being 18 months old.

Another competitor is Canadian-based TappCar, which has rewritten the rules for treatment of drivers by introducing unionized, collective bargaining agreements. Spokesman Pascal Ryffel said: “The idea for TappCar grew out of the realization that the taxi industry had no choice but to evolve given the arrival of the ‘sharing’ or ‘bit’ economy. Here in Edmonton the choice for taxi driver was stark: either drive for the existing taxi brokers where innovation was virtually non-existent, or drive for a ride-sharing company where the well-being of drivers (and indeed customers) would always come behind corporate profit. 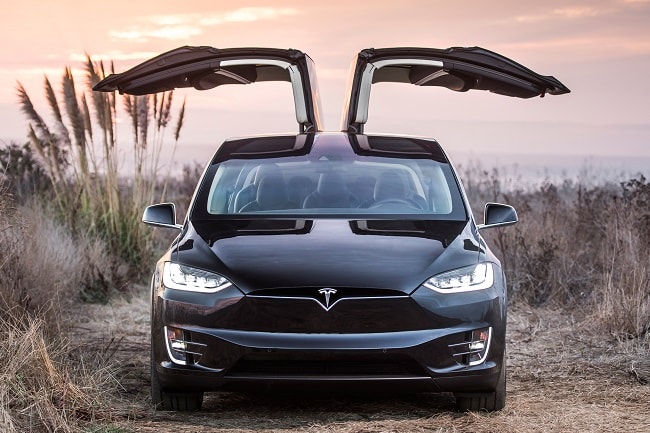 “We decided there was another way: we could create a company that was essentially a hybrid between the taxi industry and Uber; a company that cares about its drivers and passengers equally. Our business model is based on treating drivers fairly, guaranteeing high safety and quality in cars, and supporting the local community.” Will Uber be able to fight off competitors such as these across the world, or will the battleground of ridesharing eventually be taken over by more localised home-grown companies?

The final battleground of urban travel is environmentalism. Councillor McDonald is determined to implement plans that will see Nottingham become one of the UK's greenest cities. "Recent investment in environmentally-friendly transport services, including trams, greener buses and cycling is set to built on in the coming years," he said. 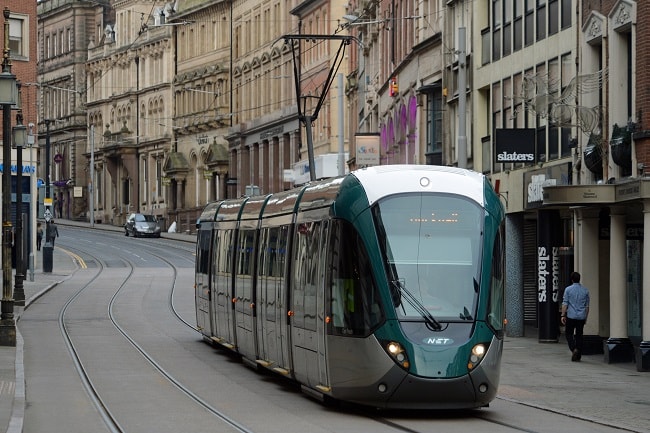 Individually, many of us are now learning to be more economical with our vehicle use by driving sensibly – click here to find out more – while perhaps technology is finally allaying some of the widespread fears of electric vehicles. One of those is ‘range anxiety’ – literally running out of charge with no options to recharge. But according to a very recent study by MIT modern electrical cars on full charge can cover 87% of of journeys on any given day. More charging stations are appearing worldwide and there are now 1.26m electric cars on the road. There’s still a concern about the lack of electrical usage in buses, freight and other non-car vehicles, and this remains one of the main hurdles.

With the infrastructure changes that will be needed to install refuelling stations, plus the slow uptake of many of the automobile powerhouses, don’t expect an immediate transition – instead, an era of many different types of fuel may co-exist. 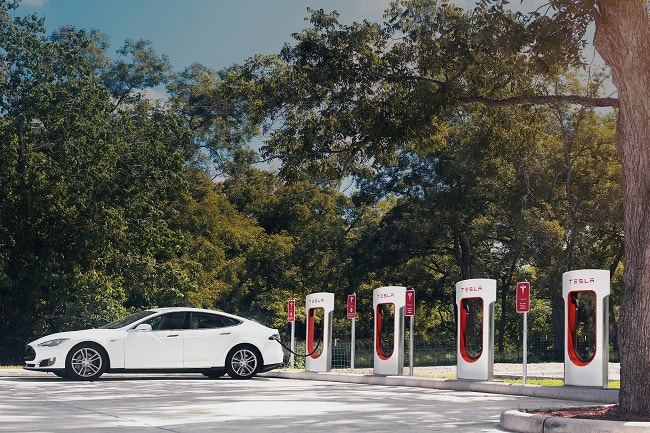 Looking ahead, maybe 15 years, we’ll be able to book a local company to take us on a journey for next to nothing, in an electric vehicle, via the shortest route possible thanks to a smart traffic layout modelled using mobile data. Maybe we’ll cycle on a bike specifically designed for our city. Perhaps we’ll take a solar powered bus. Maybe we’ll even take a hoverboard, or a mode of transport not yet conceived. Will we even drive our own vehicles? It’s going to be an interesting ride.