A GENTLEMAN’S JOURNEY OF GOING BALD

"I'M THE LAST MALE THAT WILL EVER GO BALD" 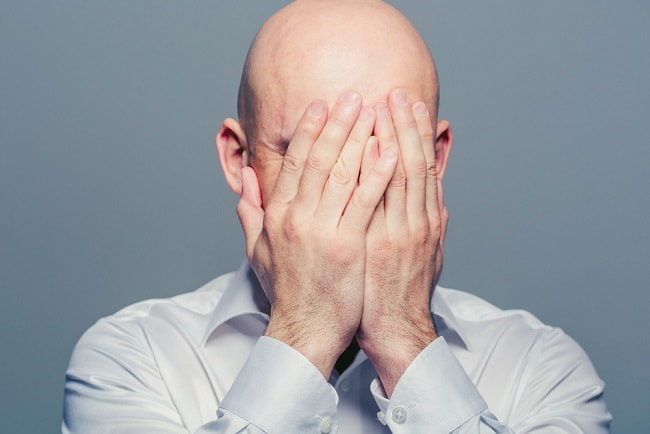 I tell my sober half on a regular basis, I'm the last male that will ever go bald. Many years from now my grandchildren (if they're not in juvenile facilities) will look at photos of me in my early twenties, the cow-lick hair line, not so much a haircut but a fine balancing act and ask how I survived in such traumatic Dickensian times? They will of course inherit my shortness and my pigeon-toed walk, but they'll dodge the male-pattern baldness thanks not only in the advances in hair cloning and FUE hair transplants, but from experimental genetic mutation that only the moderately rich can afford (I'm not saying I'm moderately rich by any means but my collection of signed James Bond memorabilia will certainly be worth a bob or two in 2055).

Essentially, and in short after my lengthy opening peroration, it can be heart breaking in an increasingly materialistic world to lose your hair in your twenties. The process itself can be drawn out in an excruciating way. It's not like feeling a loose tooth in the back of your mouth when you're ten years old only for it to dislodge fully into a Lion Bar a week later. It often starts with catching a slight thinning in the bathroom mirror as you step out of the shower. Then someone else confirms it at a dinner party a few months later and there it is, despite you kneading the surrounding hair into a particular spot to disguise such short comings. Talking of being short, it also compounds your inferiority. Not only do people have a good vantage point to look down on your hemorrhaging hairline, you're also battling short-man’s syndrome. It's hard to have any morsel of confidence when you've been dealt what I like to call the 'Two-Seven' in Gods Casino (two-Seven 0ff-suit is the worst hand in poker. Thankfully I'm not Two-Seven Off-suit because I have a little something called self-fortitude and an impeccable taste in music). 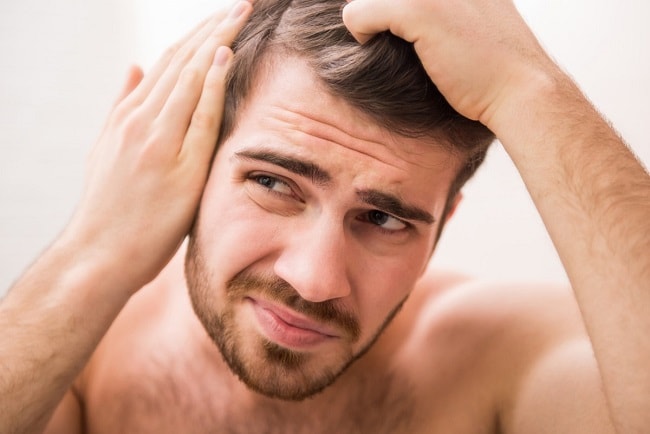 Having a sense of humour about your hair is all well and good, but the trouble is everyone thinks they're a comedian. Every social status is someone's inane attempt at being funny. It used to be that rock stars were the rock stars of their day. Now it's celebrity chefs or comedians filling that void. Just recently someone said I looked ill on Facebook. Smarted by the comment from a 'friend' but not wanting to be seen as uptight, I 'liked' his comment. He then went further by posting a picture of Tom Hanks from the movie Philadelphia and tagging me. I don't mind being the subject of jokes, us bald folk are easy targets and the incessant gags over the years have given us thick bald-skins. However, I've stopped feigning a laugh at crap jokes to appear affable, much like I don't stop my stride when people ask me to take a survey in the street. "Let's walk and talk." I tell them like I'm Al Pacino in Donnie Brasco. 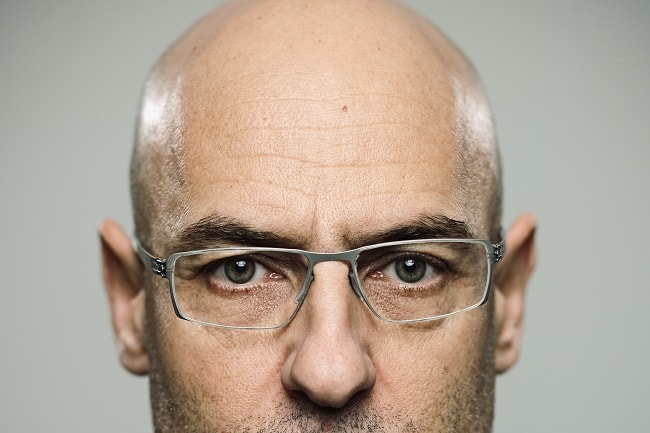 Nowadays, the best thing to do is like anything else, own it. If you have a crap car, own it. If you're fat, own it. You see how Jo Brand jokes about her weight? Do you think that's because she's self-effacing by nature or because she wants to be the first one to make the joke? If she owns the joke, you can't have it. By making fun out of yourself first, it nullifies every other jibe. Alternatively, you can look into FUE hair transplant treatments. I did, but then I'd lose that precious mantle of being the last human being to go bald. I've got to cling to something.