A MASTERCLASS WITH OLD FORESTER 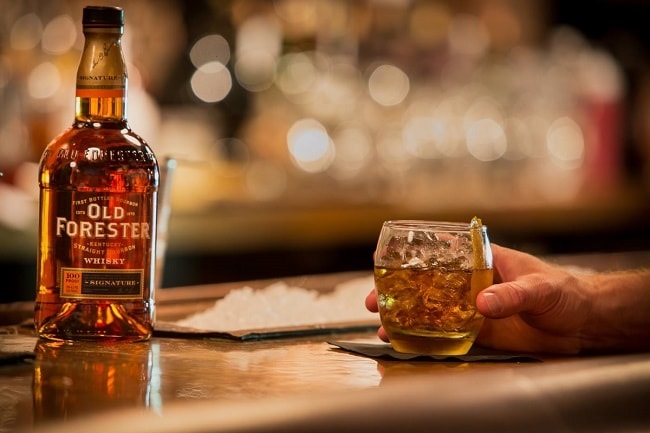 I took a tiny buck slip of paper to make some notes at a recent Old Forester masterclass this weekend at the Bourne and Hollingsworth Buildings in Clerkenwell. Truth is, I could have filled out an entire scrapbook with the titbits of knowledge that I accrued from Brand Ambassador, Nate Booker, who walked me through the tasting of Old Forester and the brand itself.

Old Forester, America’s first bottled Bourbon, is the only Bourbon to be distilled pre, post and during prohibition by the same founding family. In 1920, at the start of Prohibition, many distilleries closed, but Old Forester held one of only six federal licenses to continue producing whisky for medicinal purposes. This long-held experience in whisky making is carried through into the Old Forester Bourbon today. As America’s first bottled Bourbon, it enjoys a heritage as rich as its taste. 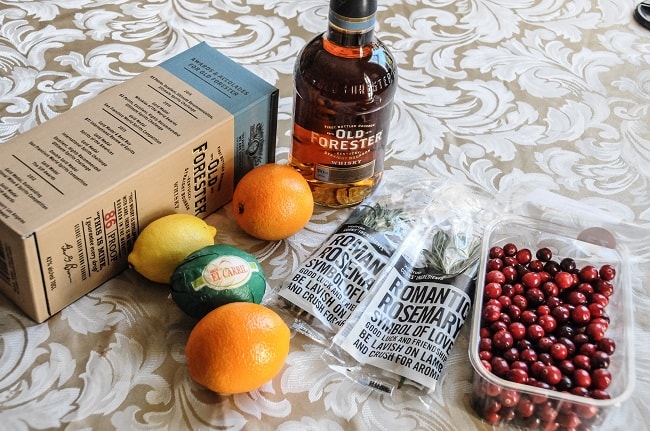 The first tasting of the Old Forester was served neat. I encountered some delicate top notes of Apple skin, Honeysuckle and even a little Black Tea. This was complemented with an undercurrent of Rye, Popcorn (of course, one of the clear hallmarks of a bourbon) and a dusting of Black Pepper. The malted barley gave it a rich syrupy texture. The Old Forester is an incredibly accessible introduction to Bourbon. Nate, an experienced Mixologist threw together a Smash, which isn’t unlike the Mojito, (though pre-dates the Mojito) although obviously swapping the white rum for bourbon. 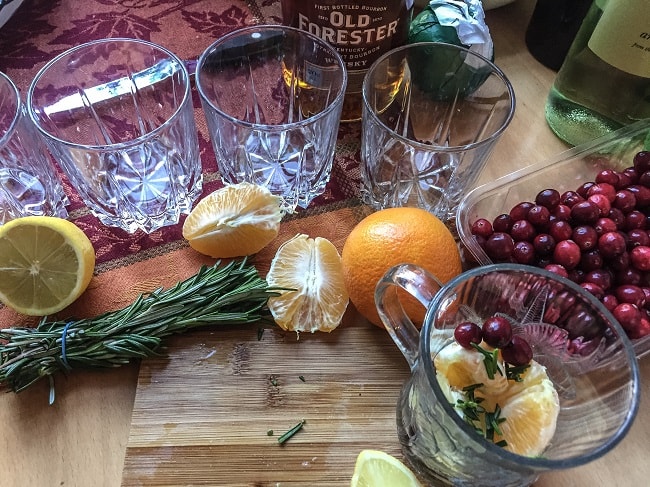 The result is a moreish citrus based cocktail, that happily nestles its feathers between the stalls of a Mint Julep and the aforementioned Mojito. Later that day I concocted the Montagu Smash at a house party in Montagu Square. This time replacing the mint with Rosemary (the symbol of love according to the wrapper) keeping the lemon, adding freshly squeezed orange and a casual layering of fresh cranberry. To nullify some of the acidic texture I added half a spoon of demerara brown sugar. The Old Forester available at Tesco for £30 is a highly versatile bourbon - admittedly I threw the kitchen sink at the improvised Montagu Smash, but I received nothing but lubricated laudatory comments from a multitude of guests. So why not give it a go and share with @oldforester on Instagram. 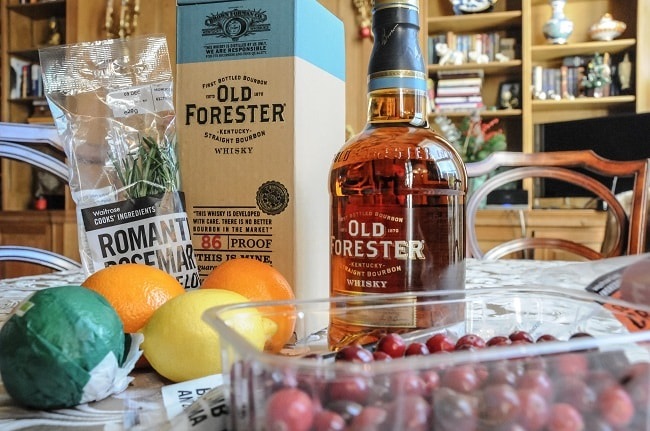