THE WARDROBE OF LIVE BY NIGHT 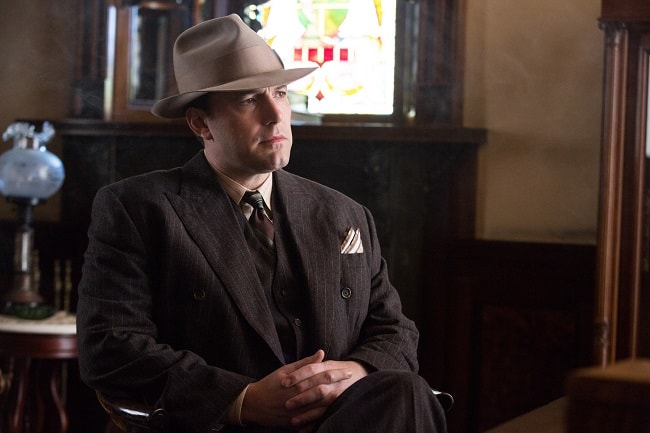 One of the films I'm looking forward to with eager anticipation this year is Live by Night. Ben Affleck writes, produces, and stars in this adaptation of Dennis Lehane's sprawling crime novel centering on the prodigal son of a prominent police chief, and his gradual descent into the criminal underworld.

From watching the trailer, I can see it drips moody gangster-noir goodness. The trailer sees Affleck exercising his broody charisma, delivering inimical, arresting dialogue "You're threatening me with people who are more powerful than you… so what am I talking to you for?" 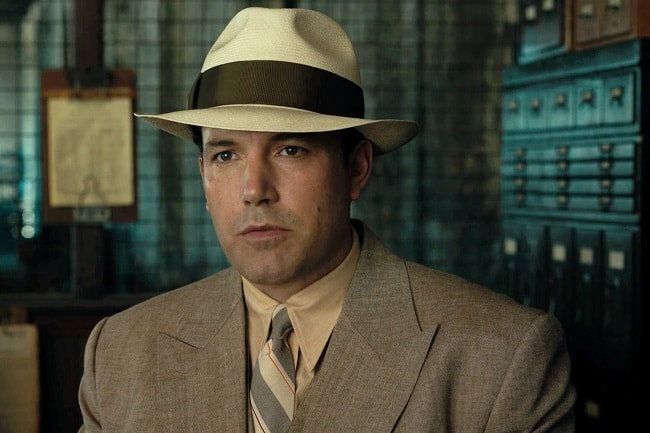 More notably the film harks back to an era which I have a particular penchant for; 20s America. Affleck gets to flex his gallant masculinity, not only with his slow careful eyes and his Hollywood jawline, but his perfectly executed wardrobe. Keep your eyes peeled for the immaculate off-white waistcoat, ornamented with a gold chain time piece, hung from the button-front closure, and finished in one of the four besom pockets. The look is finished with the coffee vertical-striped tie, hung with deft precision over the collar pin and the sleeves rolled on a camel linen shirt. Sleeves rolled invariably means someone is about to get their ass kicked. 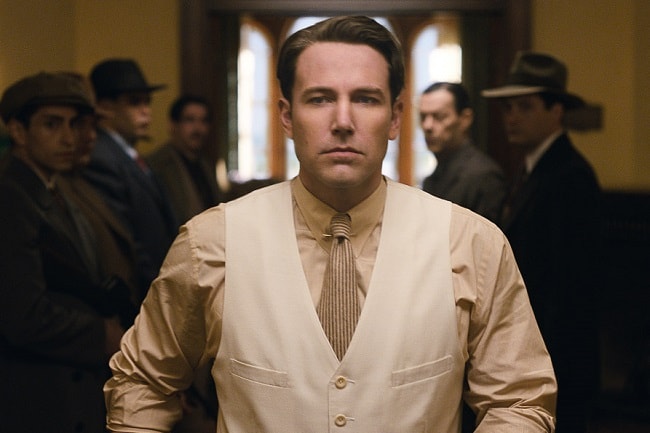 Whereas I'd normally opt for some contrast in the colouring to avoid looking like a wall of beige, Affleck can deliver this contrast thanks largely to his shadowy eyes and lustrous dark locks. Later you'll see some dynamic contrasting with an open exaggerated-collared black shirt under a thick cotton beige two piece. There is an array of Fedoras, snap-brimmed Panamas and Newsboys hats on show in the opening sequences and again Affleck will get to parade his masculinity with a thick notch-lapelled woolen coat and a rugged charcoal 3-piece suit - this time with wide-peaked lapels. There are now a couple of trailers bouncing around as we near the release, depending which one you watch (I recommend all) you'll also find Affleck rocking some British Tan burnished wing-tip brogues and my personal favourite, the Y-back braces. 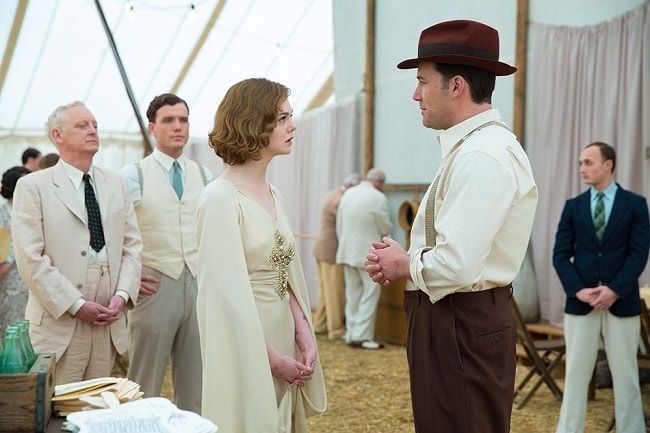 The film will need to go some distance in toppling The Untouchables as my favourite prohibition period film, but the wardrobe at least looks like it's worth the ticket price alone. Live By Night is released in UK cinemas January 13