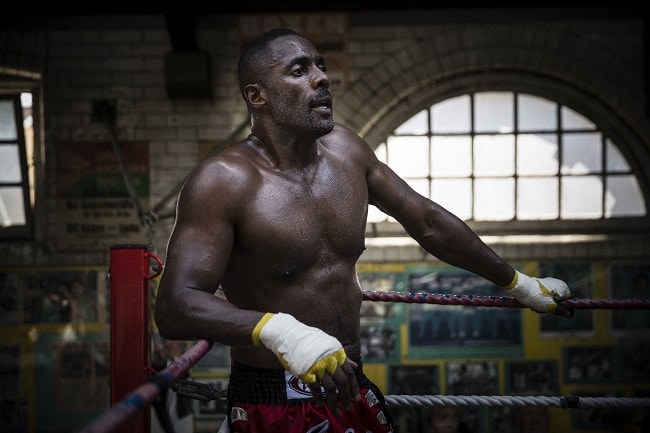 Idris Elba: Fighter is a three-part series that premieres tonight on the Discovery Channel. I'm of the faith that Idris Elba can do anything. Perhaps I've been lolled into a farcical reality, duped by his magnetism and unflinching charisma. Perhaps I've been utterly seduced by his ability to transgress into roles such as Mandela, by his rousing speech in Pacific Rim, by the way he decimated a door after being dumped by his missus in Luther.

However, upon hearing the news that he has taken a year off to train for a professional Kickboxing Match, even for this fervent Idris-phile, I was skeptical. AND worried. Idris's face is a thing of beauty, unspoiled nature, why would he risk damaging the cash register? On this voyage of discovery Idris has acquired the services of Warren Brown, Actor and former professional Muay Thai fighter, and three-time world Muay Thai Boxing Champion, Kieran Keddle. Warren spoke to MenswearStyle about his reaction when Idris told him he wanted to train for a professional fight. 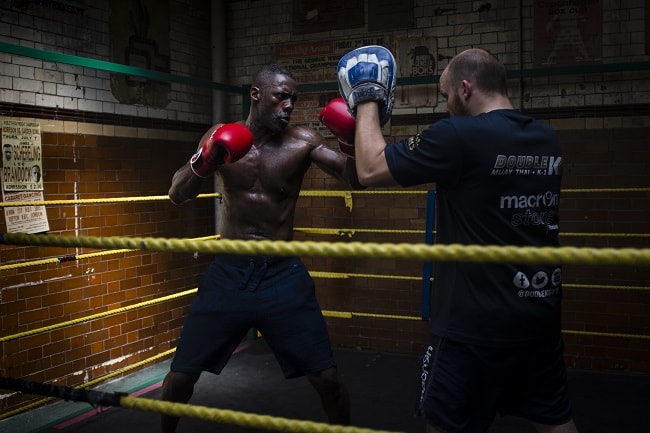 "I thought it was a fucking ridiculous crazy stupid bonkers idea. We had trained a bit in the past and we've been to some fights. bearing in mind his crazy schedule, so I thought it was a crazy idea. But we sat down, realised he was serious and when we started putting things in place it started to move very quickly." He starts training from a condition of indelicacy and after his inaugural session with Kieran he turns to the camera, dripping with sweat, and stoically announces 'That's it, I'm off the booze'. Kieran tells us how "It's not so much the booze, it's the lifestyle, the junk food - he hardly gets any sleep. He had to get in a pattern of sleeping well, he was allowed the odd night but not in the last couple of months leading up to the fight." 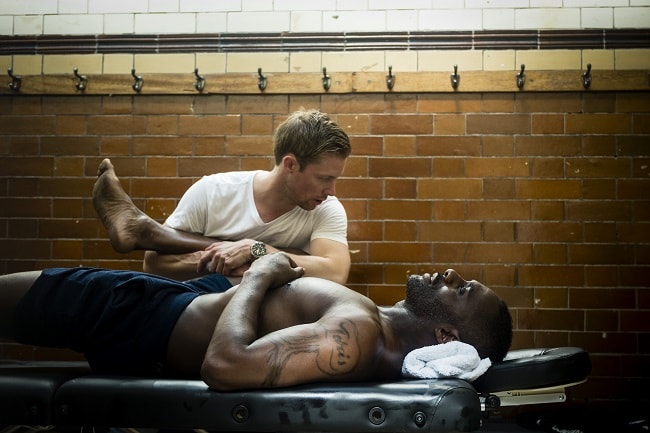 In the first episode you'll also see Idris overcome early adversity when he is forced to have knee surgery after his first sparring match. But whilst Idris is happy to play the roles of a tragedian on the big screen, he is fundamentally an achiever and wasn't going to use this as an excuse to slip quietly out of the back door. "It wasn't a knee injury it was a back injury from two years ago. He had a slipped disc and they had to fuse his discs together and it’s all linked it up. When he starts to train the first thing that was too tight were the hamstrings. When he started taking kicks they started to give way. We had to rebuild Idris from the ground up." 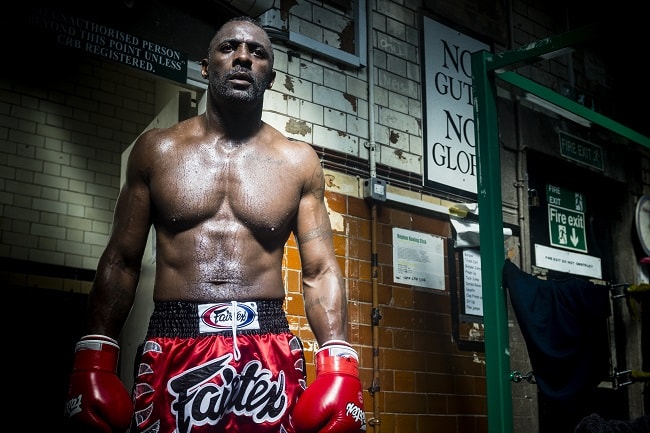 He returns to the gym in less than 6 weeks and is shortly flown to training camps in the far east where he spars far more experienced opponents. This heuristic method of training is compelling if not altogether wincing to watch as Idris becomes the recipient of a welter of blows from professional fighters - whom are told under no circumstances, to nanny him. Watch it, just simply watch it. It's box office, it's naked Idris. It's mad Idris. It's why we love the man.