THE HISTORY OF THE TUXEDO 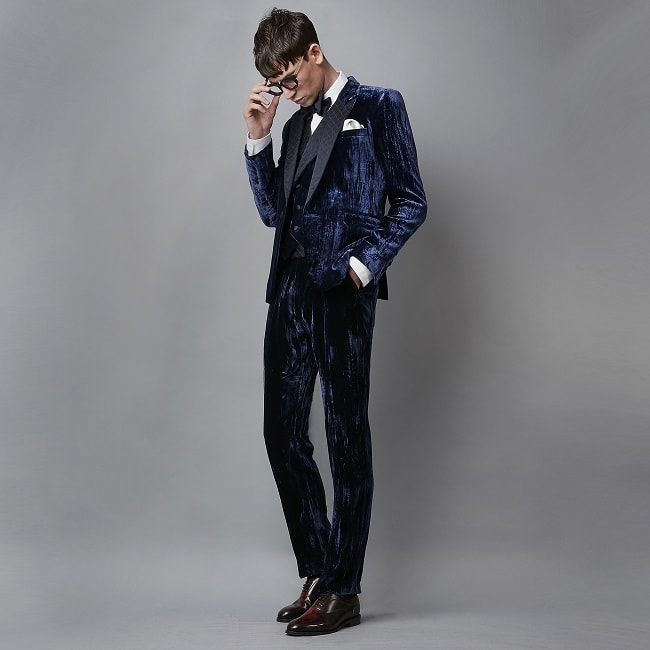 Last year, a certain event invitation issued a requisition for formalwear. Black-Tie, dinner jacket, the Tuxedo. A fitting shortly followed, I spent a king’s ransom on a pair of shoes that are now worth more than my car, and my fetishism for dinner jackets and the tuxedo in particular was born. On the latest episode of the MenswearStyle podcast I spoke to Simon Cundey, Owner and Managing Director of Henry Poole, who's family invented the Tuxedo. Simon's typically Anglophone voice was every bit as sonorous as you'd expect from a seventh generation Savile Row tailor.

He schooled me on the genesis of the Tuxedo that started with the dandy tailor Henry Poole when he was asked to dress poignant people in time - the Prince of Wales, the future King Edward VII and Napoleon who was residing in London at the time. In 1865, the Prince of Wales asked Henry Poole to cut a short celestial blue evening coat to be worn at informal dinners at Sandringham. The Americans christened the British DJ a tuxedo eponymously named after the Tuxedo Park Club, north of New York City. A certain James Brown Potter took a dalliance to the Princes jacket and when he frequented England, he asked Henry Poole to make him something similar. On his return to the United States, he introduced this new dinner jacket to the Tuxedo Club and New York’s fashionable social scene. Simon told MenswearStyle about what a typical Henry Poole customer asks for these days. 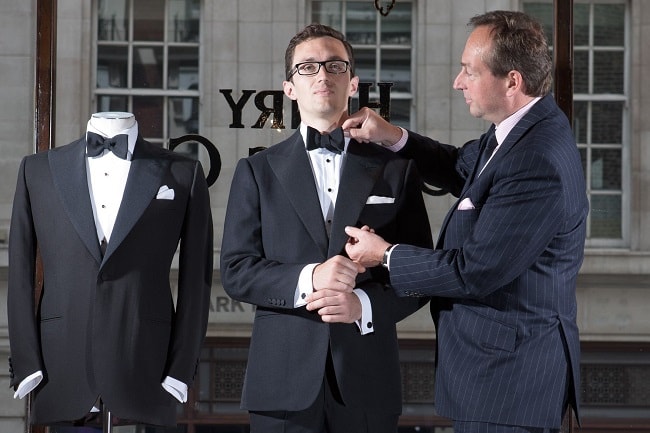 "The first thing we evaluate is what they want to wear, how they wear it and the climate in which it will be worn. For example, if someone is returning from summer months spent in Singapore, or the colder climates of Chicago, medium-to-weight is a popular choice of fabric, Midnight Blue is the traditional cloth, reason being it looks better in the evening light, whereas Black can look more Dusty Grey. Midnight Blue compliments the silk lining/facing. With regards to style we opt for the peaked lapels, jetted pockets, no vents, slim fit - the traditional look. Width of shoulders and lapels, these things all change - we don't follow fashion, we don't have a set style, we always give you something that will last. A legacy, generation to generation, it’s an iconic piece you'd pass on." - Simon Cundey. 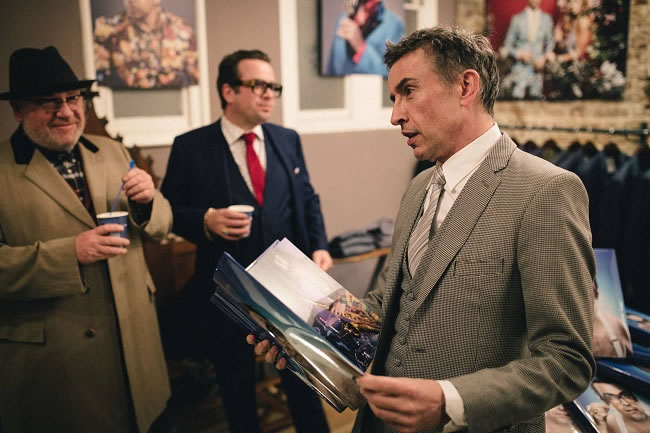 We also spoke to London and Brighton tailor Gresham Blake who told us that whilst he likes to modernise his dinner jackets, there are certain events that do not allow you to demur from tradition. He told MenswearStyle about tailoring a dinner jacket for Steve Coogan when he was invited to attend the Oscar ceremonies. "He wanted something fun, but then the brief came that if you're up for an award, you'd have to play it straight, keep it formal. We did a Midnight Blue, but we printed something on the inside of the pocket on the lining, we printed a huge Oscar and a pocket that said OSCAR IN HERE. He was nominated but didn't win. Shame." - Gresham Blake. 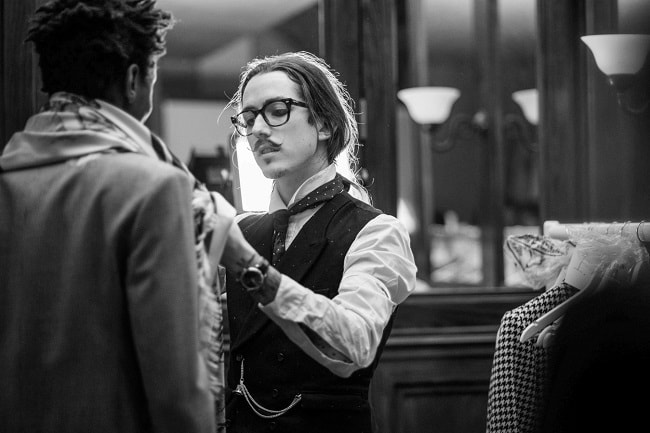 Another London Dandy tailor who also likes to play fast and loose with the rules of tradition is Joshua Kane. He told MenswearStyle that whilst he appreciates the rich heritage that Henry Poole has introduced and adhered to, the Dinner Jacket may not be as equable as people think. "I like to play around with the silhouettes. I understand Henry Poole has a real understanding of the heritage. But in terms of myself and my design ethos, I respect and love all the traditional elements, but I'm also a modernist, I want everything to have a twist, or difference or interpretation. My style is inspired by characters, the quirks of different personalities. I want to spice it up each season. Characters bring clothes to life and I try and infuse that into my designs." - Joshua Kane.

To hear more about the history of the Tuxedo and how it's evolved over time, check out the latest episode of the MenswearStyle podcast show and subscribe in iTunes to make sure you never miss a future episode.