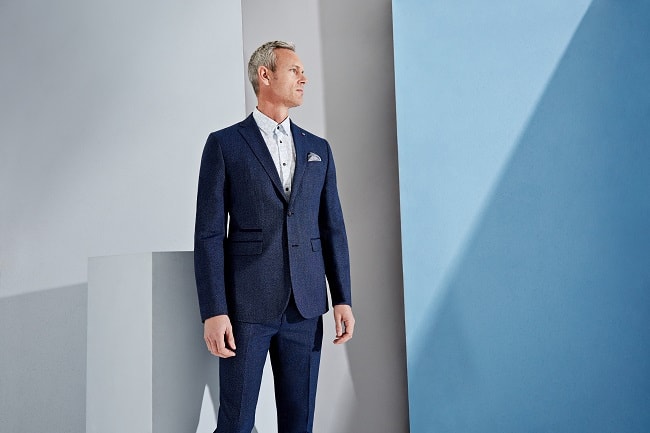 The T is for Tall capsule from Ted Baker has been unveiled and there's no denying that thanks to the many improvements in the standards of living, the past 150 years have seen humans steadily grow in size. So much so, in fact, that today the average European 16-year-old male is now 6 feet tall in his stylish Ted socks (not including raised platforms or Jedward-esque hairstyles).

Having witnessed more and more gents (who love his particular brand of fashion teamed with British mischief) have to settle for sartorial half measures, Ted Baker listened to his good friend (and one of Britain’s most successful all-time swimmers) Mark Foster and immediately promised to take matters into his own hands, once and for all. 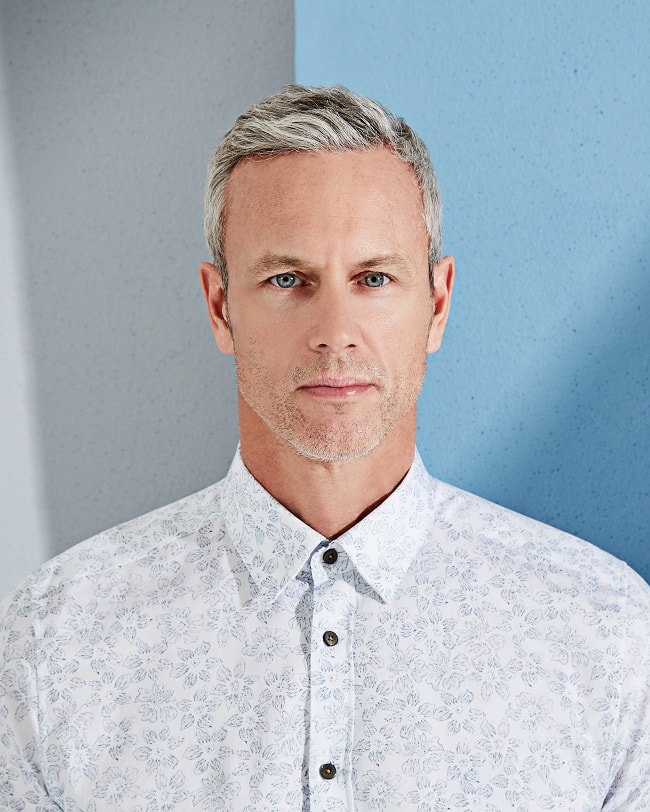 I have little sympathy for for tall people, however these chaps often share the same fate as my shorter kind. They disguise the ill-fit of their wardrobe by employing crude amendments such as rolling the jacket sleeves to the elbow. Such as the rarity of a perfect fit for a tall frame, some gentlemen even buy sartorial pieces knowing they'll need to visit a tailor to make the necessary adjustments before it can be worn. It's as perfunctory as a hat or car piece passing GO in Monopoly. But let's not cry too many a tear for the tall man. After all, the only woman on record to say she prefers them 'Small, Furry and Funny' was Mrs Doubtfire and even she was a man. And even he was a fictional character. Do I sound bitter? Good. 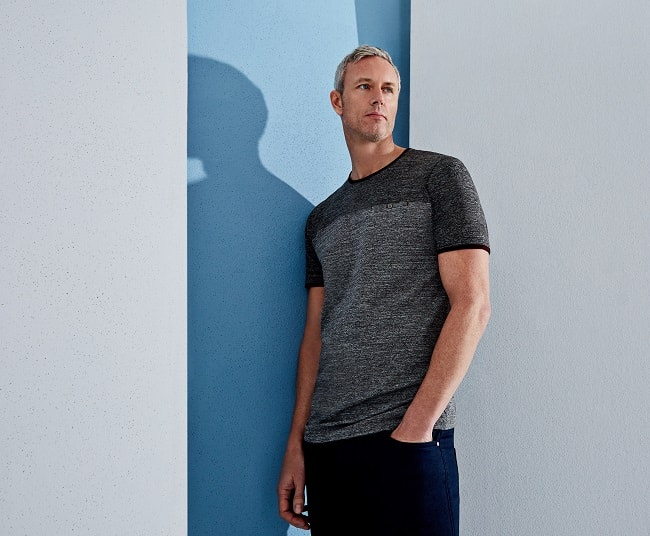 T for Tall has been created to fit those measuring in at 6’3 right up to 6’6 and covers all types of occasions – from three-piece suits and classic Ted shirts, to contrast collared polos, colour block knits, dress coats and a variety of coloured chinos. Mark looks a trip in that Oxford blue, marl-fleck suit. The blazer with the high notched lapels, marked with the duel-raised flap pockets have a sumptuous composition and the floral white shirt with pointed collars adds a playful casualness to the ensemble. Other noteworthy pieces are the chinos; crisp and modish. The contrast rolled cuffs at the hem belie Mark's lofty frame and dispel the myths of tall guys sporting turn-ups. 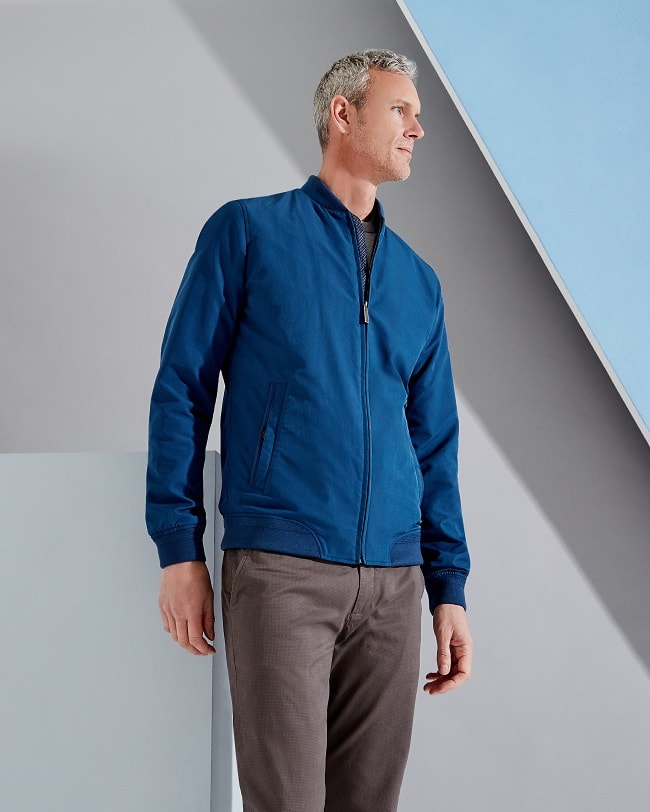 The collection is an ode to deft minimalism. Even the backdrops from the shoot depict indefinable blocks with hues of grey and blue, earmarked with shadows to lend perspective. Understandably, if you're a tall glass of water there's little cry for showiness to make you any more conspicuous. Will this season’s capsule be topped anytime soon? That will be a tall order. 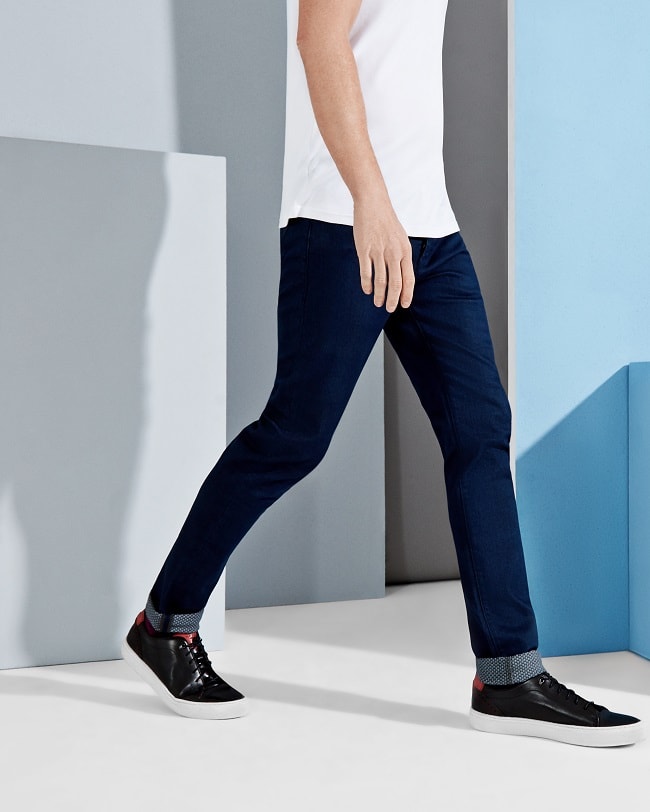 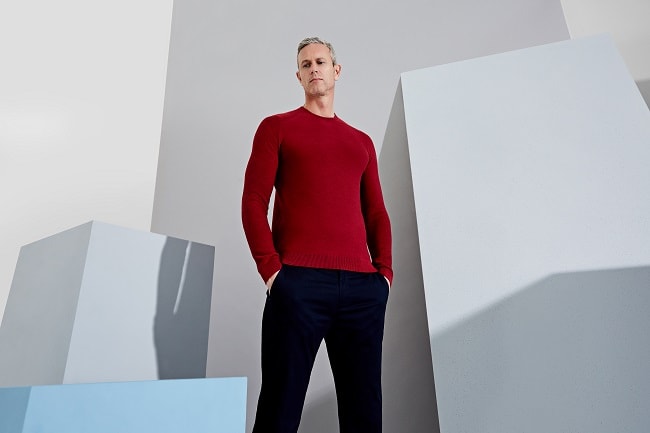 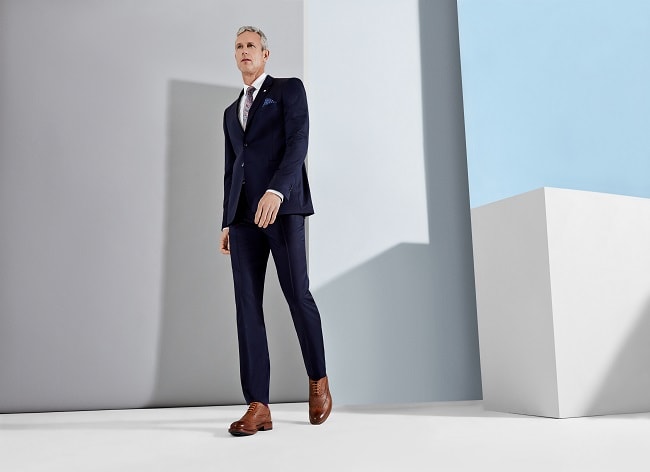