“SMILE THROUGH THE PAIN” 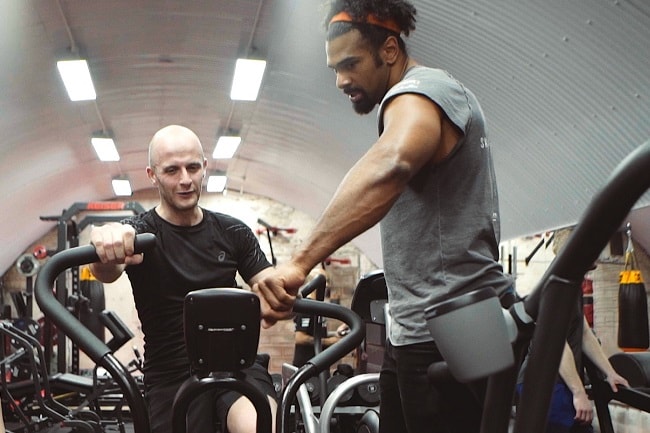 David had just finished a session, was hanging languidly over the ropes catching his breath. Our eyes locked because I was new to the room. This was his private gym in an undisclosed location in Vauxhall. "Pete Brooker" I announced firmly, his sweaty hand completely enveloping mine. "Put your gloves on man", he replied.

David's winding down his training now that his grudge match with Tony Bellew is only days away. Last time I was with David he spoke warmly about Derek Chisora, a man who threatened to shoot him after a press conference brawl. A man he beat by technical knockout in the 5th round at West Ham back in 2012. I asked him if he would be offering to kiss and make up with Tony Bellew once the fight was over. "It depends if he's able to get up, he might be struggling to speak." 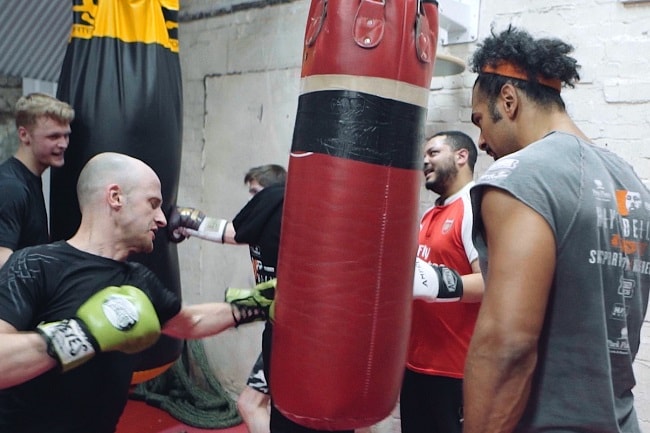 Both men are doing plenty of chest beating this week. Bellew has cited that Haye is nothing more than a diva, whilst Haye is just looking to dispatch what he sees as an irritant. To flick him away in a devastating fashion, like Superman flicking peanuts at a bar. Bellew has also announced on Sky Sports that he has Haye right where he wants him. He believes Haye's training in Miami has distracted him and his party lifestyle will be his undoing. Indeed, if you follow Haye on Instagram it does paint the picture of a man enjoying his downtime. Many think Haye is feigning indolence to lure Bellew into a false sense of security. Whether he believes he's just relaxing in the sea, or swimming 10k every morning. Whether he's enjoying mojitos on a power yacht or secretly chiseling himself into shape at 5th Street Gym (where Muhammed Ali trained) - the mind games will all be played out on Saturday night. 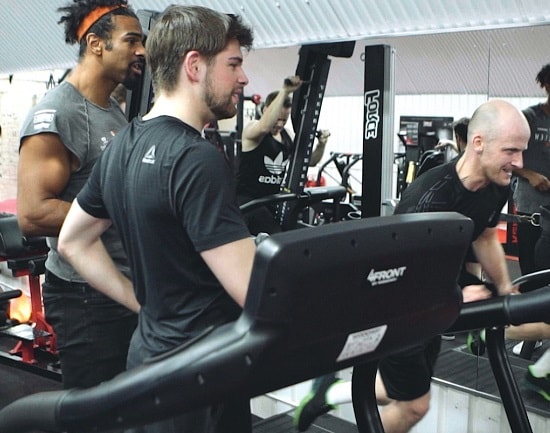 During my training session with David I was put through his conditioning routine. This consisted of sprawls, burpees, press ups, planks, and even something called 'bastards' (From a squat jump, crawl out to a press up and back again). "Smile through the pain", David would say. "Smile like you enjoy it. If you get knocked down, get up and smile. Get up, shake your head, pretend it didn't hurt. If you're hurt or tired, and your opponent senses that, it's like blood in the water to a shark. Smile through it all, you want this". 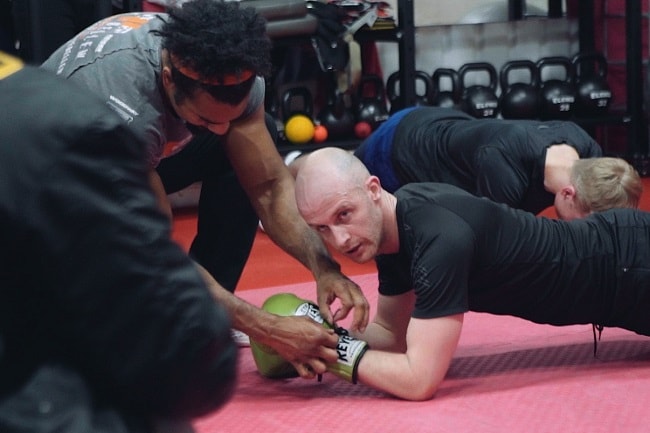 It was a grueling cardio that could destroy a man. Indeed, a fellow journalist fell slightly ill, shall we say. Looking back at the training videos my form lacked all kinds of symmetry on the heavy bag and I looked spent from the first minute. My quads were besieged with a gripping dull ache for the rest of the day. Later that night I'd slept continuously, dreaming of hearing my name being called to the ring. 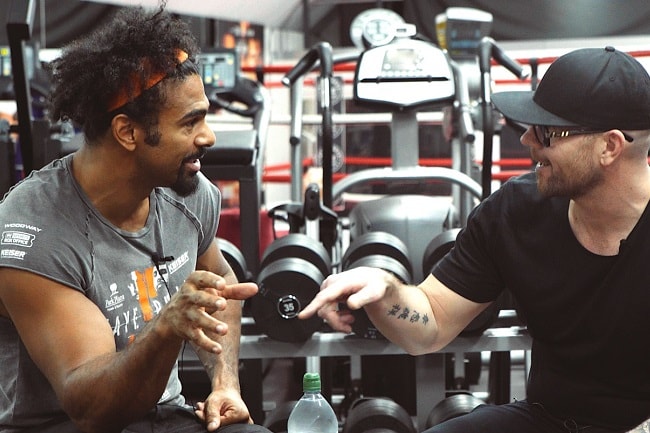 "In the blue corner, weighing in at 140 pounds, with no wins and one loss in a street fight in Huntingdon Town centre circa 1998, Pete The Pressure Cooker Brooooooooker". David Haye V Tony Bellew is exclusively live on Sky Sports Box Office on 4th March from The 02, London.