MUSICAL IMPRINTS WHO ARE STRIKING IT OUT IN THE FASHION LANDSCAPE 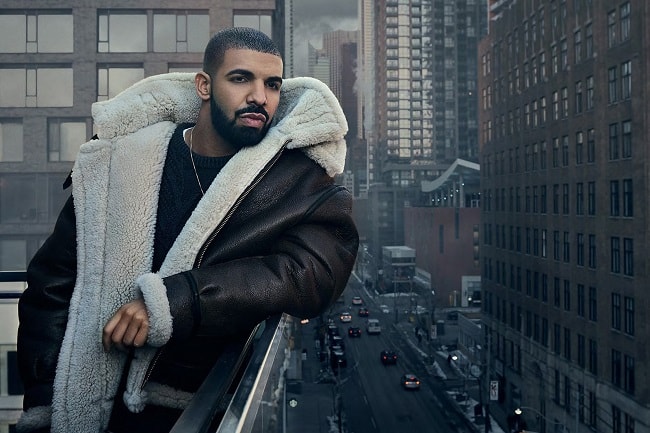 The first thought of a record label starting its own fashion brand brings to mind hip-hop moguls who take a streetwear basic, plaster their logo on it, and call it a day. But, as even concert merch has upped its game, a musical imprint looking to seriously strike it out in the fashion landscape needs to consider its every move: Mainly, its aesthetic must reflect both the label and appeal to the consumer not simply looking to buy artist merch, and it needs to compete with others in its echelon, be it streetwear, menswear, or somewhere inbetween. Several have failed to do this long term. Jay-Z’s Rocawear for instance, long ago carved out a niche in the urban gear world, but has neither had the innovation nor the style evolution to compete with newcomers like OVO or Kanye West’s various forays. The rapper, nearly a decade ago, stopped promoting it, although it continues to kick around. So, with these qualifiers in mind, which music label’s fashion efforts should you pay attention to?

If Drake supposedly started from the bottom, he has essentially brought October’s Very Own, or more commonly known as OVO, up with him as both his own imprint and a fashion label. While the former came first, OVO as a design concept developed by Drake and his tour manager Oliver El-Khatib began to flourish around 2010, when the two collaborated with Canada Goose on a parka. That initial concept not only led to other partnerships – with Canadian retailers Roots, Japanese shop Nepenthes, Jordan, and video game company Capcom – but also their own designs that overlap with Drizzy’s various tours and releases, the label’s own OVO Fest, his relationship with Cash Money Records, and appear in his music videos. Taking a page from various streetwear brands, OVO realizes the impact of exclusiveness, and thus, a new piece introduced on its blog or showing up in a music video sells out nearly instantly. At first, the Toronto-based rapper didn’t want to take the typical hip-hop clothing route, perhaps throwing shade at brands like G-Unit and Sean Jean in a 2011 GQ interview, where he said “And everybody else wants me to make it with the cheaper fabric and put it in Macy’s and ‘Oh don't worry we will make 100 million in the first year.’” He quickly followed that with, “I'm not ready for OVO to be that. Because OVO is still something I represent.” Since then, after appearances at boutique Colette and the occasional pop-up, OVO opened a brick-and-mortar store in Toronto in 2014 to showcase its sweatshirts, snapbacks, varsity jackets, and other pieces. 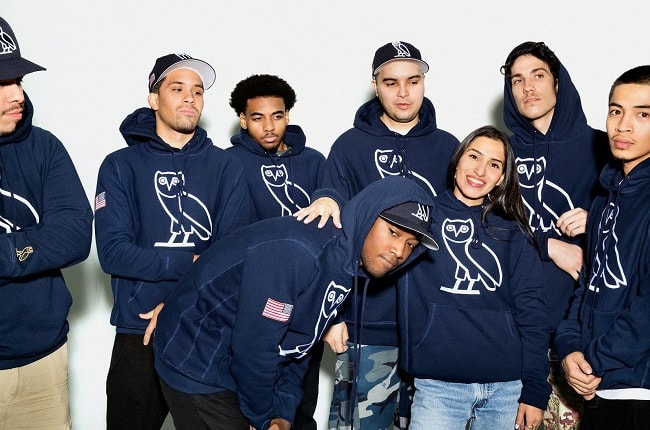 While Steve Aoki’s been accused of miming his DJ sets, especially with all the cake-throwing that goes on, no one can accuse him of faking his business sense. That applies not just to his Dim Mak music label, started in 1996 as an outlet for punk and indie acts, but further to its recent streetwear-leaning fashion efforts. Although Dim Mak has partnered with Atlantic Records and Ultra Music, its outlook is still very do-it-yourself. And, that’s worked as a solid platform for introducing acts as diverse as Pretty Girls Make Graves, Bloc Party, the Bloody Beetroots, MSTRKRFT, Fischerspooner, Datsik, Deorro, and Infected Mushroom to the public. As Aoki’s own DJing and production career continues to reach new levels, he started the Dim Mak Collection in 2014. Its Spring/Summer 2017 line, titled La Haine, marks its fourth outing and, straying far from assumptions, borrows skateboarding and punk influences instead of associating itself with the EDM scene. Pieces, too, aren’t your typical concert merch. Based on its recent New York Fashion Week presentation, where skateboarders rode in the clothes on two halfpipes, Dim Mak appears to be placing classic streetwear styles, like oversized jackets, hoodies, and snapbacks, ahead of any branding - instead sticking with staple prints like camouflage or gaining inspired from the work of artist David Choe. 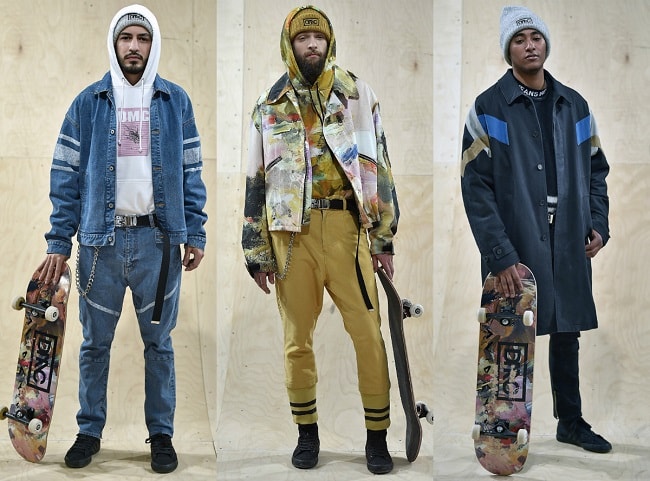 If any brand serves as the blueprint for doing style and music equally well, it’s Maison Kitsune, started as a concept in 2002 by Daft Punk manager Gildas Loaëc and Japanese architect Masaya Kuroki. Their first ready-to-wear collection appeared in 2005, predictably blending both Parisian and Tokyo minimalism and practicality. Since then, they’ve kept a similar aesthetic while cycling through such diverse influences as 1950s English rock, South Korean fashion, American pop culture and doing the occasional collaboration, such as the recent travel-inspired effort with Mr. Porter. The music side hasn’t been stagnant, either. Essentially operating in parallel, the label’s put out releases from such notable electronic acts as Boys Noize, Hot Chip, Simian Mobile Disco, La Roux, S’Express, and Yelle since its inception 15 years ago. 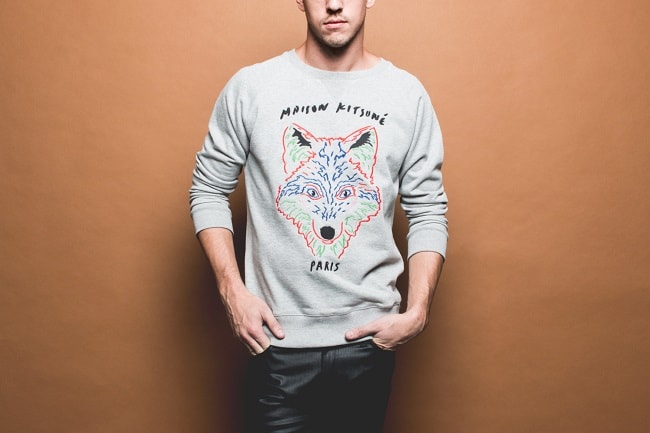 Every EDM DJ has his own label now, and Skrillex, following in the footsteps of Aoki, has been transforming his own OWSLA into both a dance music and fashion imprint. The former, at this point, is still a bit more developed. Since its start, OWSLA has promoted the careers of Porter Robinson and Zedd, and has since gotten behind one of the latest EDM stars, producer Marshmello. But, while its label is intrinsically woven into mainstream EDM culture, OWSLA’s merch hasn’t borrowed from the neon tank and kandi aesthetic seen at countless clubs and shows. Instead, its nascent efforts appear to align with the streetwear business model: Stay basic but useful, keep it abstract, do a few key collaborations, and eventually open a pop-up. OWSLA has since hit each marker - its unisex collection sticks with oversized silhouettes displaying the logo in a less-overt way. Furthermore, its American-made line, offering more than your basic tee, now encompasses hoodies, swim trunks, denim jackets, bombers and has included collaborations with Sus Boy, known for visuals at EDM shows, and Long Clothing Company. As of the end of 2016, Skrillex opened a pop-up for OWSLA’s apparel, using the space of a former gas station not far from the label’s downtown Los Angeles headquarters. 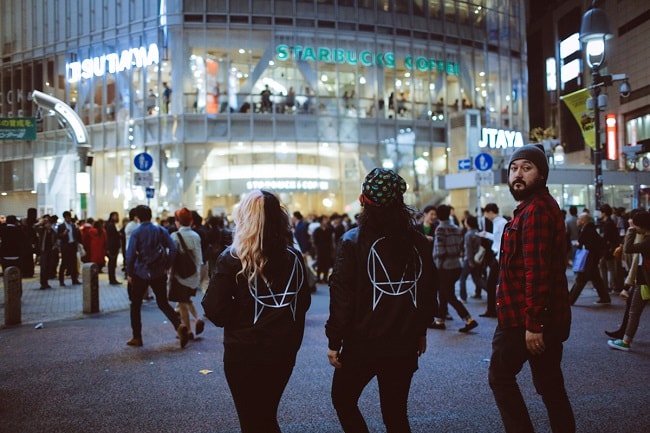