THESE MENSWEAR PIECES HAVE MORE THAN A FEW SEASONS BEHIND THEM 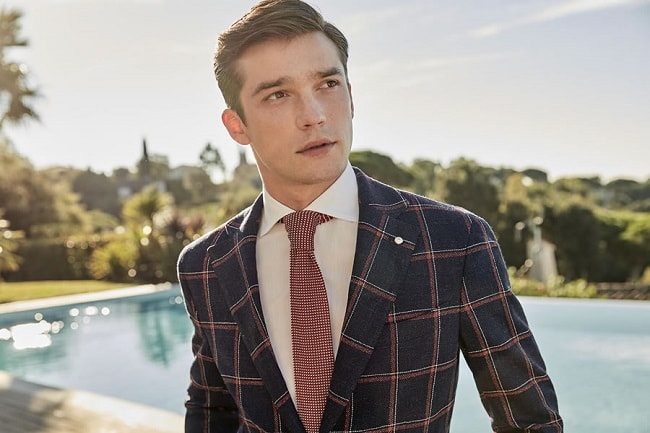 From London Fashion Week Men's through Milan Fashion Week, we’ve witnessed a bevy of trends appear on the runway, from bleached denim to sheer materials, from obvious military influences to workwear-inspired pieces like coveralls. But, while their presence indicates the overall direction in which menswear is headed, there’s a strong chance that this time next year most of these will have come and gone, and those fast-fashion pieces in your closet will never be worn again. However, for building your wardrobe of basics, which currently relevant pieces have more than a few seasons behind them? Moving beyond individual prints and colour combinations, we’ve compiled a few trends that have “classic” written all over them.

A trend that comes and goes exemplifies that it has strong staying power. Case in point, the wide-legged trouser. The silhouette was ubiquitous for the first half of the 20th century and, depending upon trend, regularly returned until the early 2000s, appearing in various incarnations through the 1970s and again in the ‘90s. Although style sensibilities have dictated how to wear it in previous decades, you can’t go wrong with a straight cut that offers just a bit more room through your thighs down to your ankles. The key to longevity appears to be structure – nothing too tight and definitely not too loose – and falling within this range essentially means you’ve picked out a wardrobe staple. 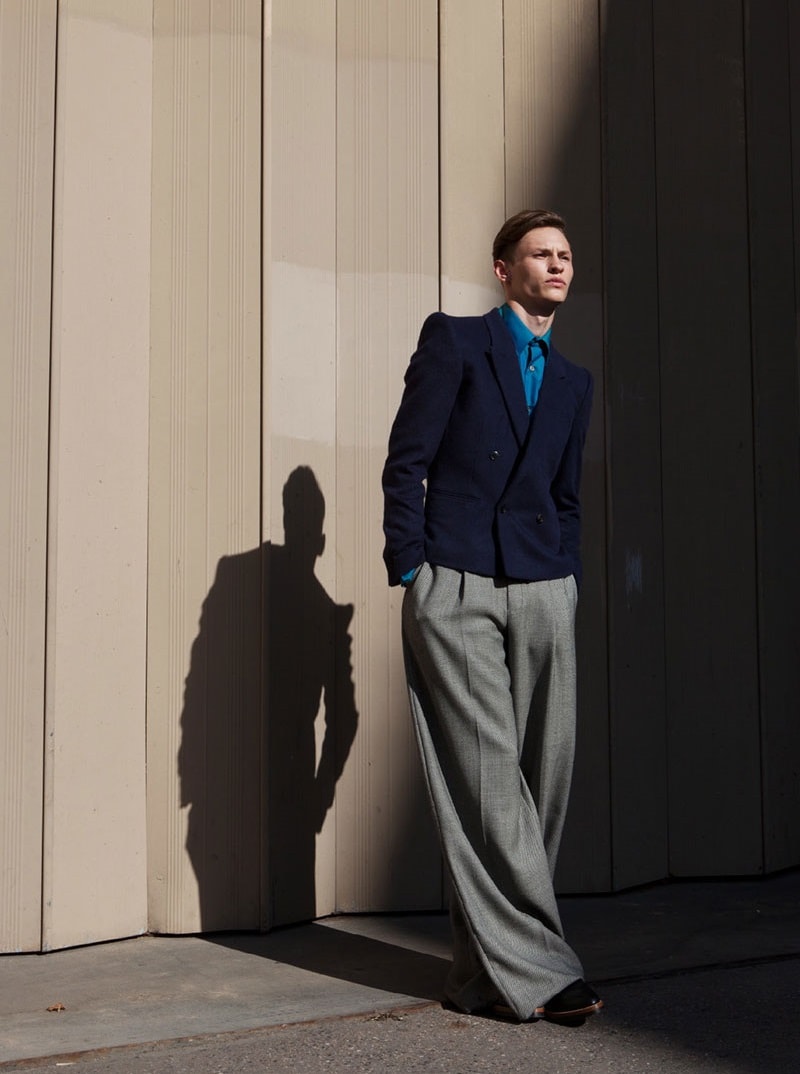 The newest check print on the block enters without much history behind it. Studying its perpendicular lines doesn’t bring up memories of argyle sweaters, tartan heritage prints, or even contrast-heavy buffalo plaid reminiscent of what a lumberjack might wear. Rather, windowpane checks were once sported by Clark Gable and the Duke of Winsor; yet, you don’t associate the print with either individual. Rather, it quietly entered public consciousness all the way back in 2009, through a topcoat worn by Johnny Depp in film Public Enemies, and has been here ever since, now seen on athletes and actors making red carpet appearances. However, what gives windowpane checks their staying power is, firstly, this lack of association – it can simply exist as a print without someone saying, theoretically, that you’re a “lumbersexual” – and second, the contrasts it evokes. Nothing about it is overly busy, yet the grid pattern goes several steps beyond a standard solid colour when added to your suit or button-down shirt. 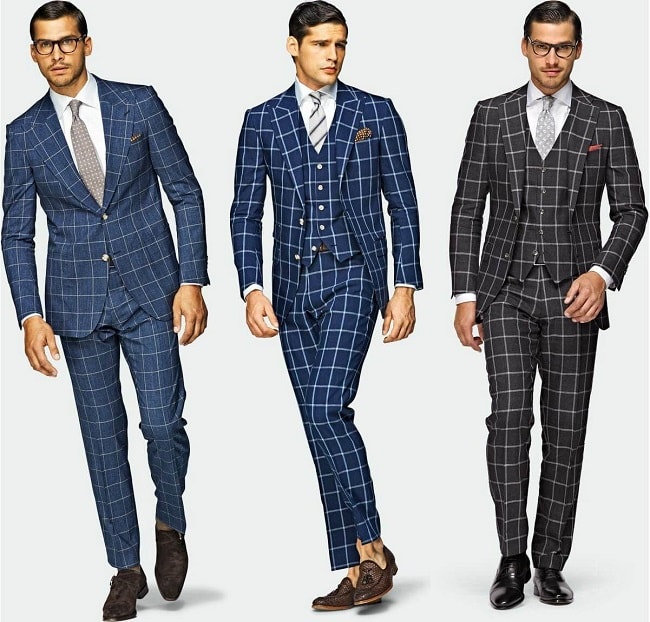 What man doesn’t own a bomber at this point? Although its cropped yet spacious silhouette has been the template for all-over prints to metallic hues to varsity and souvenir jackets, keeping it simple, again, prevents discovering that a pattern or colour-blocked combination suddenly seems dated. Of course, like other pieces mentioned here, the bomber’s one that has seen its relevancy and popularity weave in and out. Its origins go back to World War I, as a design to keep pilots warm, while many trace its everyday use and pop culture presence to James Dean’s iconic jacket in Rebel Without a Cause. More recently, it has been established that Ryan Gosling’s scorpion jacket in Drive revived it. But, while the metallic hue and embroidery only truly work on the silver screen, its silhouette – cropped and structured but never tight, and just retro enough without appearing old – made that lasting impression. As such, it’s a piece that, in its most basic form, feels comfortable without appearing slouchy, and gives off a slick, somewhat charming vibe without seeming overdone. 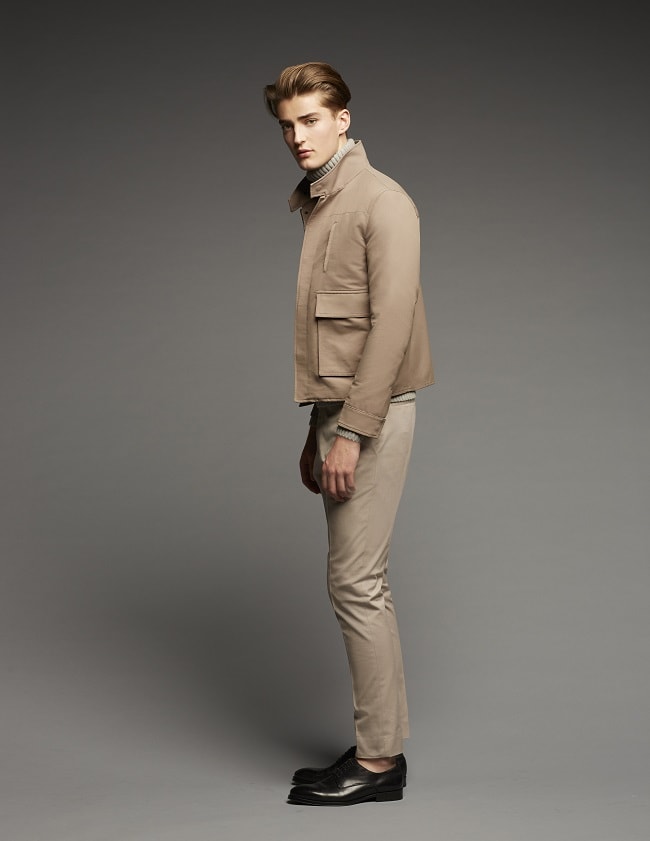 As one modern rule of layering, don’t just haphazardly place pieces on top of each other, hoping your style won’t be compromised for the sake of warmth. Instead, be strategic. That is, you line your hems up – together or in parallel – and overlay the collars, so that both are visible. This is where the V-neck sweater has found its niche. Moving beyond its jock connotations and chunky sweater vest awkwardness, modern styles stick to slimmer cuts, ribbed at the hem, that are easier to layer over a button down. Here, the collar gets some space, whether you want to keep it buttoned all the way up or open the top two, while the contrasting shade and cut add in a less-obtrusive structural element without creating a bulky, lumpy look. 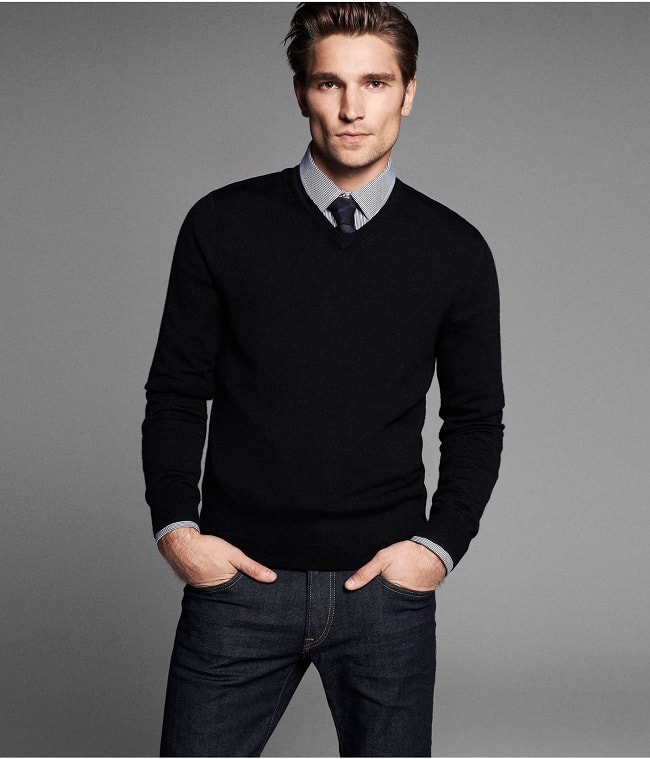 In one sense, modern menswear is full of paradoxes; You want to appear dressed up but feel relaxed, be bold while staying understated, and be influenced by streetwear trends without resorting to tees and jeans. The unstructured suit is another, with its slim yet not-quite-skinny cut, single-breast jacket, and flat-front pants. In a solid shade or with an all-over print, it’s one of those pieces that’s at home in multiple situations. For the man who thinks to himself, “I want to dress well without looking like I’m trying,” the unstructured suit is designed for you. Indirectly retro with a hint of dress-up-for-the-club character and very modern with its refined yet unstuffy aesthetic, it’s a combination that you continue returning to, even as trends and tastes change – essentially, all the makings of a classic. 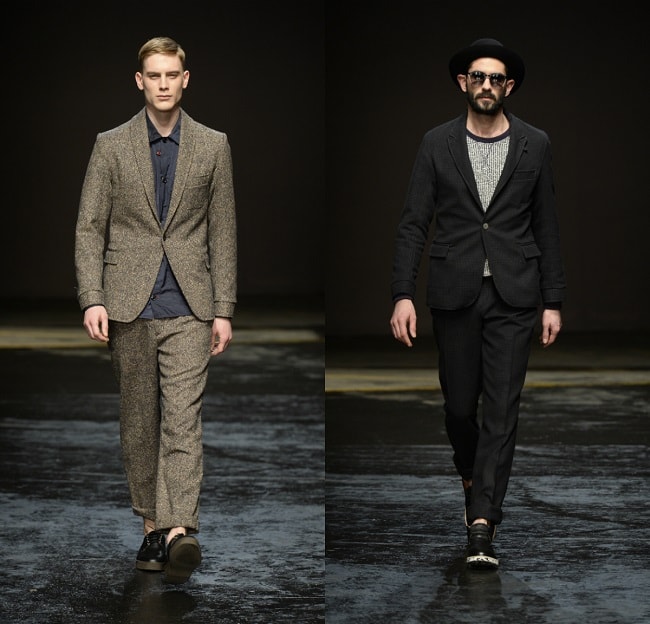