HOW TO STYLE WORKWEAR-INSPIRED FASHION

A MENSWEAR TREND THAT’S MOVED BEYOND THE AMERICANA NICHE 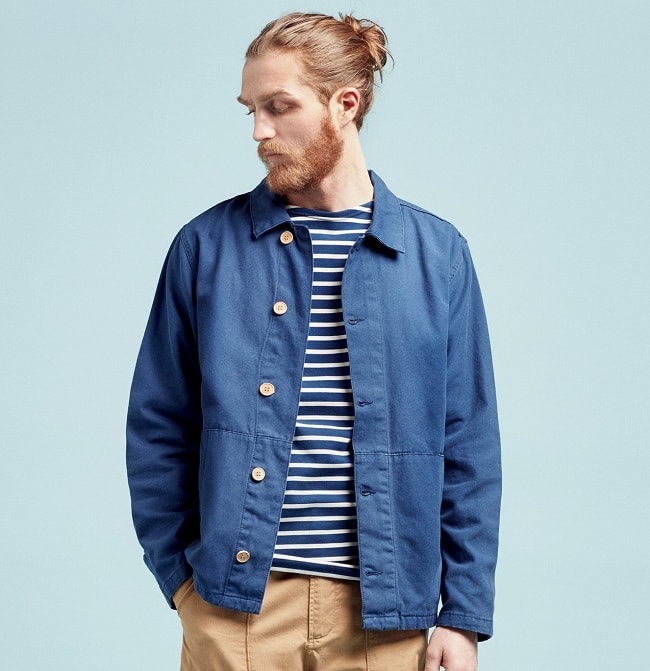 If you analyse the aesthetics of both menswear and workwear, juxtaposing silhouettes and materials, both appear at odds with each other. The latter’s positioned toward practicality – of staying warm for hours outdoors, handling harsh conditions, and lasting, day after day, through exposure to dirt and dust. The former, beyond immediate trends, leans more toward tailoring and appearing polished overall - with a balance between structure and relaxed fit, and classic pieces in of-the-moment prints that keep your look relevant. In short, it’s being a gentlemen versus being a hypebeast.

Yet, in spite of these differences, menswear and workwear do share some common ground beyond the occasional Americana look that pops up on Tumblr. Menswear aficionados ultimately want a classic piece that holds up; even if it mimics a timeless façade, the basic construction behind fast fashion simply won’t do for the guy seeking to build a dependable wardrobe. 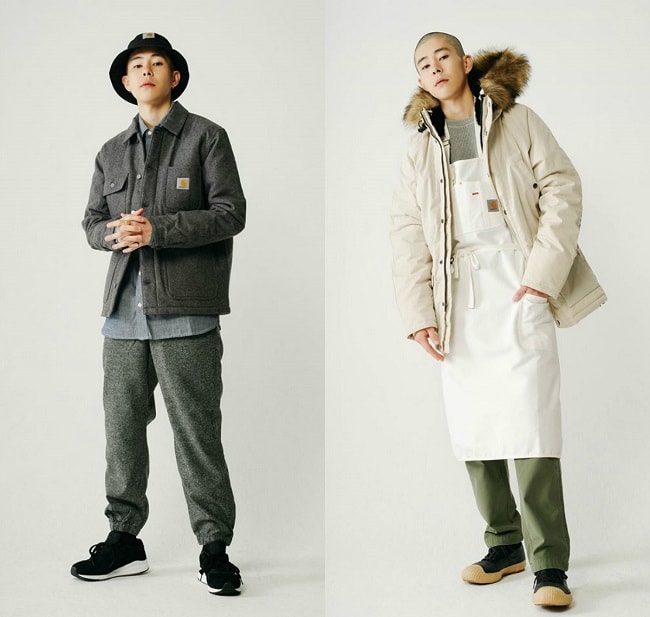 But, even with these similarities, what exactly is workwear and what’s workwear-inspired menswear, a trend that’s moved beyond the Americana niche of a few years ago and now, on the runways and in lookbooks, has a more established presence? For one, while the visuals are the same, pure workwear gears itself toward strength and warmth: Think cotton-duck fabrics, flannel linings, plaid shirt jackets, hi-viz colours, and water-resistant, slip-resistant and electrical hazard protection that has got your back in any place from a construction site to a cavernous warehouse. 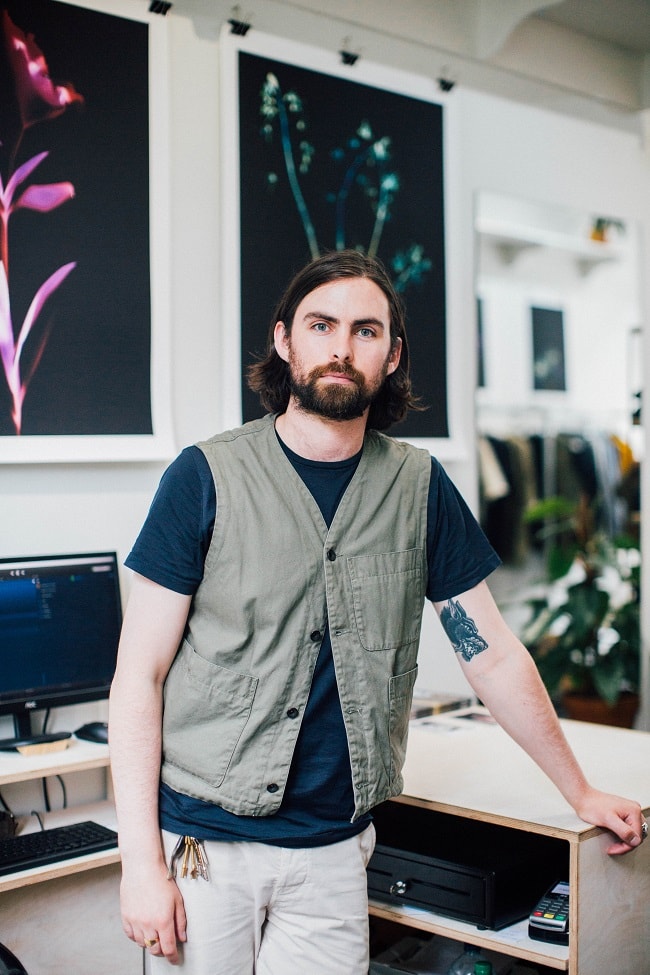 Workwear-inspired fashion, by contrast, begins here and goes down a different route: One of both streetwear appropriation and a respect for American heritage, particularly the first half of the 20th century, a period perhaps overly romanticised in the present, of American-made goods, hard labour, and the belief anyone could make it if they were driven enough. The point where these two split has resulted in fashion-leaning collections like Carhartt WIP and Dickies 1922 – both a blend of workwear construction, like denim and double-knee pants, military influences, and streetwear methodology like the occasional limited-edition brand collaboration. But, sticking solely with these two isn’t enough to capture its essence. Instead, consider the following wardrobe must-haves: 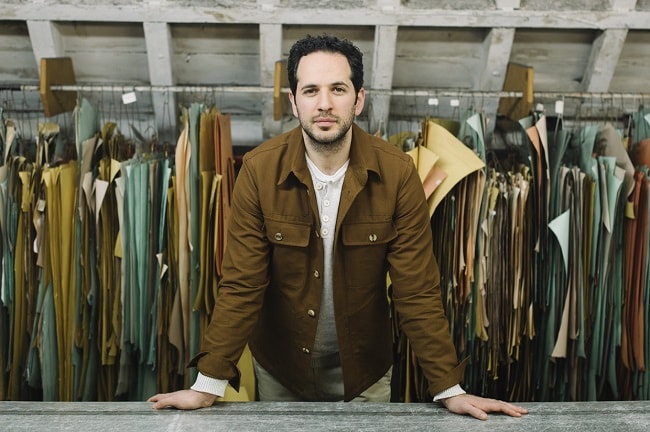 Although the work shirt might seem like a generalisation, its construction is rather simple. One, it should be somewhat structured with a shirt-tail hem you can tuck in, and defined shoulders. Two, its concept should be routed in both practicality and longevity: Two buttoned chest pockets, thicker materials, and even button snaps are all common features. Third, its colour and pattern should never be complicated, ideally staying within the realm of neutral, solid shades like black, tan, or navy and only venturing as far as denim, chambray, or lumberjack-inspired buffalo plaid. 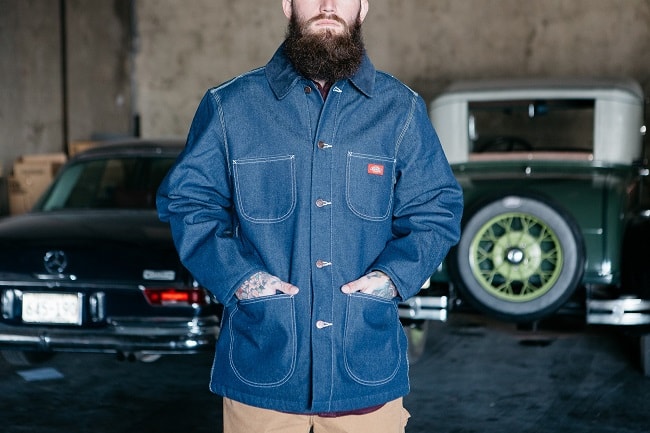 Whereas work shirts tend to have a singular design, bona fide work trousers cover a broader spectrum. In examining the possibilities and adapting to the theoretical conditions of a jobsite, anything from flannel-lined denim, double knees to hold a set of knee pads, and sturdy cotton duck trousers with extra pockets and loops – the style for which Carhartt’s known – all fit the bill. However, while true workwear has slowly gravitated toward transitional pieces, ones comfortable and flexible to wear both on the job and off. Workwear-inspired fashion bases itself on the rawness, strength, and structured wide-legged silhouette. Here, no-frills, classic denim, like Levi’s 501 style, to basic cotton duck, matches the look without adding extra weight. 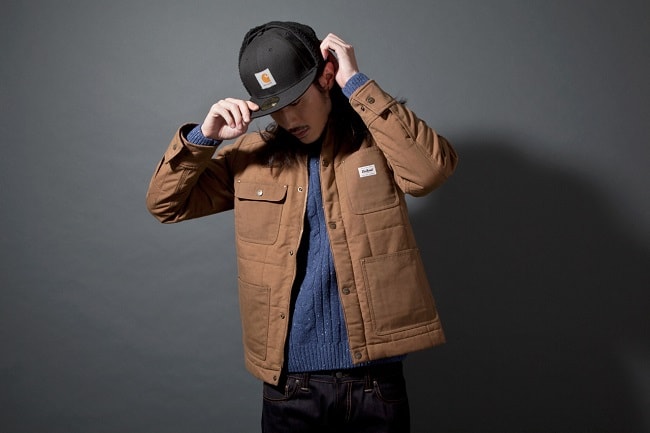 What makes a work jacket different from your everyday outerwear? Much like the trousers you pick, it all comes down to construction. True workwear sticks with the cotton duck or denim dichotomy, often adding a water-resistant finish in case you’ll be spending the day outdoors and lining – Sherpa or flannel for warmth without packing on additional bulk. But, unlike that Sherpa bomber you’ve got in your closet, the piece’s lines tend to be clean and straight with some structure, but still with some space to layer a hoodie under when you’re preparing for the cold. For workwear-inspired fashion, this essential goes through the least amount of change. The traditional twill-woven cotton designed to withstand repeat exposure to the elements embodies everything you’d want from an outer layer, while your traditional denim jacket takes the same style route albeit with less weight. 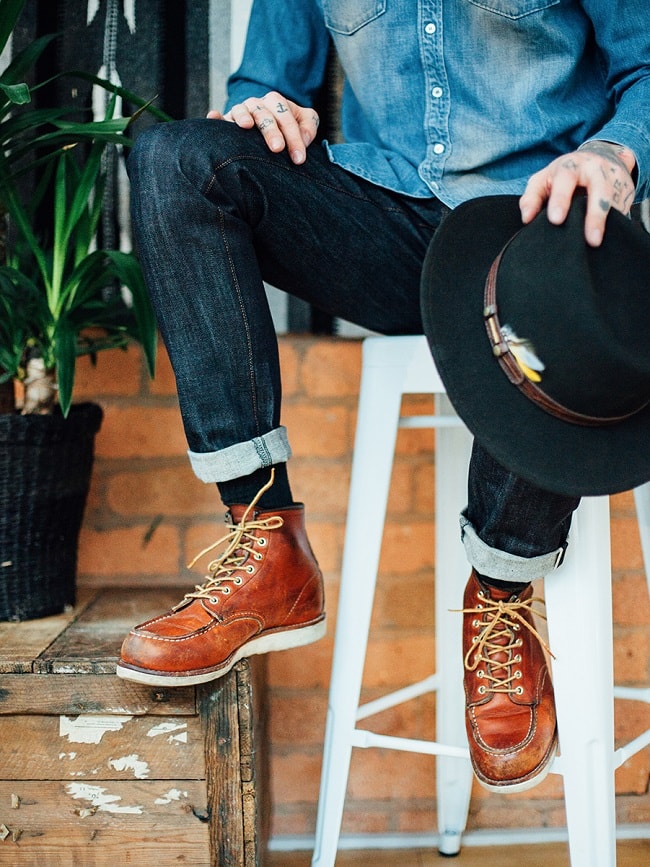 The traditional work boot – steel toe, thick, slip-resistant lugs, metatarsal protection, and insulated lining – looks good and performs well on the job, but its construction never feels quite right in everyday situations. Rather, for workwear inspiration, its best to stray away from the standard brands, unless you’re selecting a soft-toe pair from a stalwart like Red Wing or Chippewa, and apply the chunky-soled, laced-up model to an everyday option. Classic Timberland boots are a solid place to start, as are sneaker-style boots, desert boots, and anything with a combat-influenced silhouette.