IN CONVERSATION WITH CALLUM ILOTT

THE FUTURE OF BRITISH FORMULA ONE 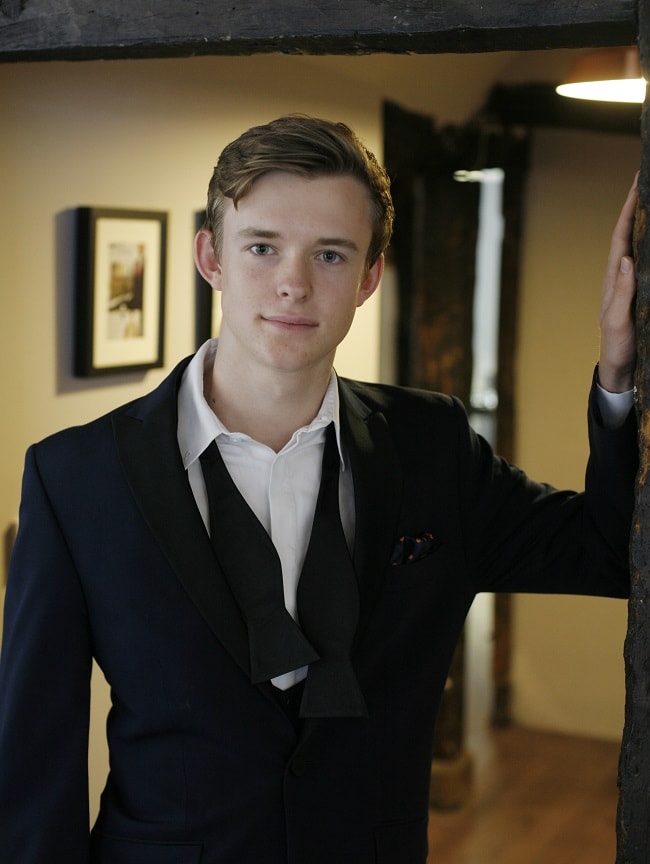 Introducing Callum Ilott, one of Britain’s upcoming young driving talents racing in this year’s FIA European F3 Championship. Callum’s development on the circuit has been rapid, becoming the first driver for Red Bull to make the switch from karts to F3. Now driving for the Prema Powerteam, the winners of the championship for the past 6 seasons, his progress is sure to be followed closely by teams across the racing sphere. We spoke to Callum Ilott earlier this week about his career ambitions and the transition between Karts and F3.

What are the common misconceptions about F3? What do people need to know?

“In the motorsport world, F3 is still regarded as one of the milestones on the way to F1; Hamilton, Rosberg and Senna, they were all winners in the category. The cars themselves are single seater pure racing cars and I guess, essentially miniature F1 cars. 0-60 is about the same as a McLaren P1 supercar yet only a third of the weight. The racing is frenetic; you’ve got a field of hungry young drivers racing hard for the entire 35-minute race - no cruising, we have to push all the way. And we are lucky that we get to race at iconic tracks around Europe such as Silverstone and Spa but we also visit some unique venues such as the street circuit in Pau or the really fast Norisring in Nuremberg. That place has a dark history as it was where the Nazi party rallies were held but now it is where we get one of the biggest crowds.” 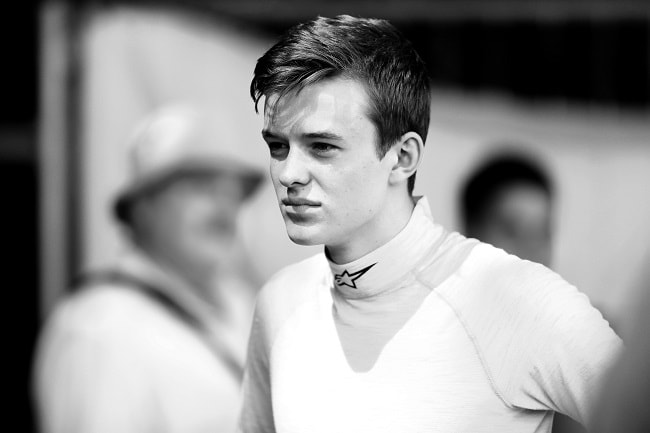 How difficult was the transition between Karting and F3? Senna said he had his best and most memorable races karting, do you share the same nostalgia?

“It was a big step, no question, but that was more the challenge of the expectations than the car itself. I was part of the Red Bull Junior Driver programme that first year. As with all Red Bull athletes, I was under pressure to perform and it was a really strong year in the category, something like 35 cars. I finished 12th overall and thought I did a reasonable job in my first ever year racing cars, I even got a podium but Red Bull must have needed more convincing as we parted company at the end of the season. Maybe it was a year too early but without them I wouldn’t have been able to progress. I learnt a lot, did some cool stuff and would drive for them again. The car side was less of step change, less than people expect. Yes, you’ve suddenly got a lot more power and downforce but after a few laps you think ‘actually it’s just another car’. You just adapt your reference points and build from there. It was the same when I tested the GP2 or F2 car as it is now called in Abu Dhabi last year. It’s reaching 280km/h on the straights but again you turn a few laps, and you still want to go quicker. I did love the karting. It was just pure racing really - developing your racecraft and lots of seat time in the kart. It’s a great community and as many of us were kids, it’s more family-oriented. Those were good times, prepping the kart with my Dad and then moving on to have a lot of independence; travelling across Europe alone. Definitely some nostalgia.” 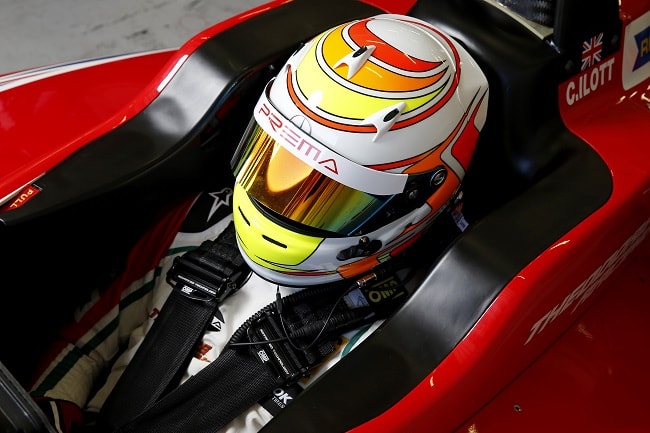 Is the end game to drive Formula 1 or do you have your sights on other formats?

“The goal is F1, it has been since I was seven and I’m going to keep pushing for that for as long as I can. It’s still early days; I’m 18 and this will be just my third year in cars. The only sticking point will be budgets; young drivers today either have to be bringing big bags of cash or be on a young driver programme. I don’t have the former so I’ve got to impress on track. 2017 is about making the right impression, building on the wins I secured last year and aiming for the championship title. If the F1 dream can’t happen I’m receptive to trying other categories. Le Mans in a sports car, racing at night looks pretty special.” 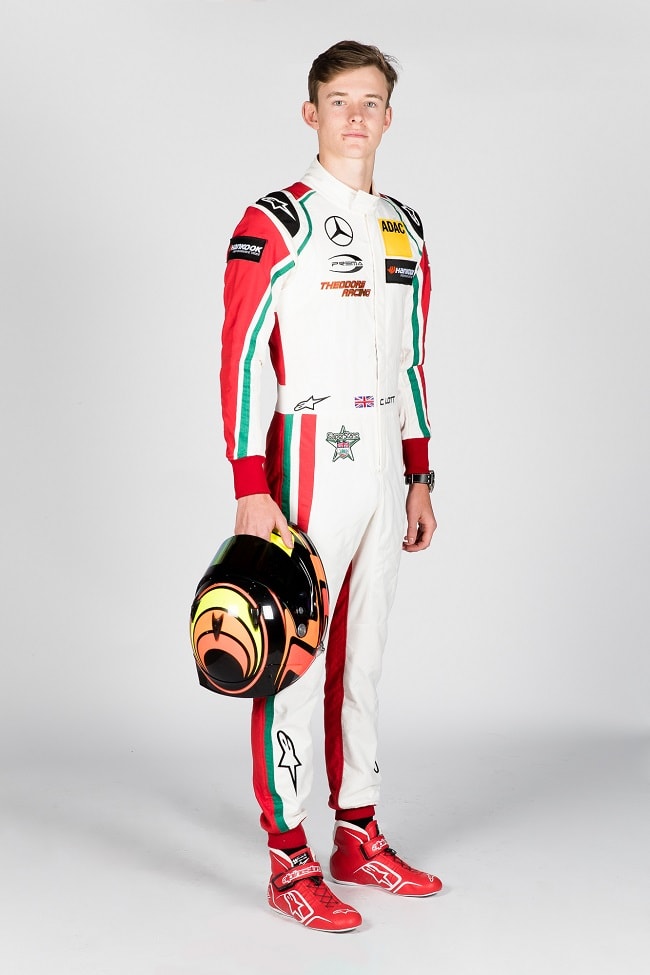 Do you have to maintain a certain weight and how tough is your training regime?

“Weight is important but most people seem to think I need to put more ballast on. This winter has been about building strength. I’m building a Ninja-warrior-esque training apparatus in the garden to be able to build my upper body strength and should have that finished pretty soon. I am careful about what I eat and tend to steer clear of the rubbish. That said I’m a teenager and occasionally I do want to go out with my mates or girlfriend but racing is the priority.” 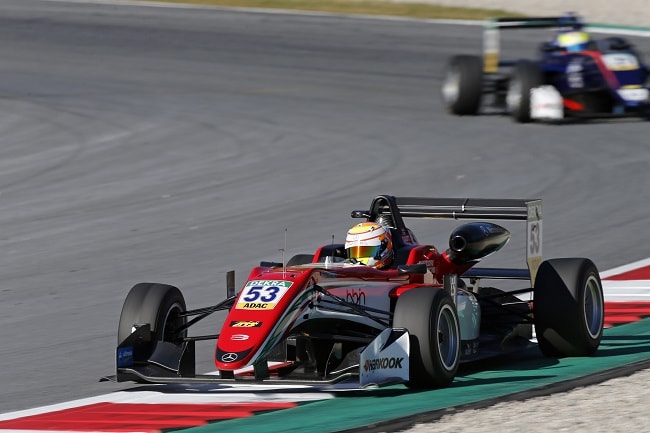 With your time massively monopolised with racing and traveling, can you share any tips on how to keep a balanced life living out of a suitcase?

“I guess to try to be as organised as possible. International adapters, spare charging leads and scans of your passport in case it gets lost are my best tips. I’m good at packing suitcases; we carry a lot of kit to a race weekend – race suit, flameproof underwear, gloves etc. and there is the race team kit we wear when we aren’t in the car. It’s not all about racing. Box sets and music are important so I’ve got my downloads and playlists sorted, and social media is a big help for keeping in touch. I prefer Snapchat and Instagram and with the latter I don’t put much racing stuff on there, it’s more of an escape” 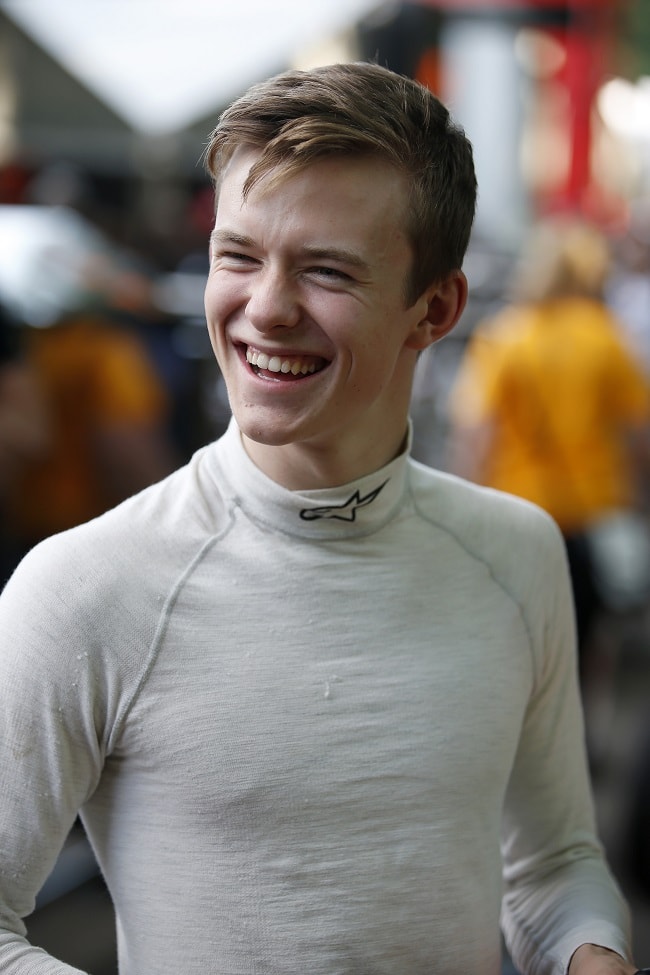 Do you have time to juggle any extracurricular activities such as college courses or Open University?

“Time is really tight, it’s one of the reasons I’ve put my A Levels on hold this year. I’m actually keen to do more coaching, helping other kart drivers make the transition to circuit racing. It’s rewarding and something I can relate to. The UK governing body now offers formal qualifications for driver coaching and I’m going to look at doing that this year. I’ll let you know if I pass”

What's your favourite Racing film other than Days of Thunder?

“This year my car will be 53 and its suggested I chose it after the Herbie VW Beetle films, so perhaps I’d better pick that one to keep the myth alive” 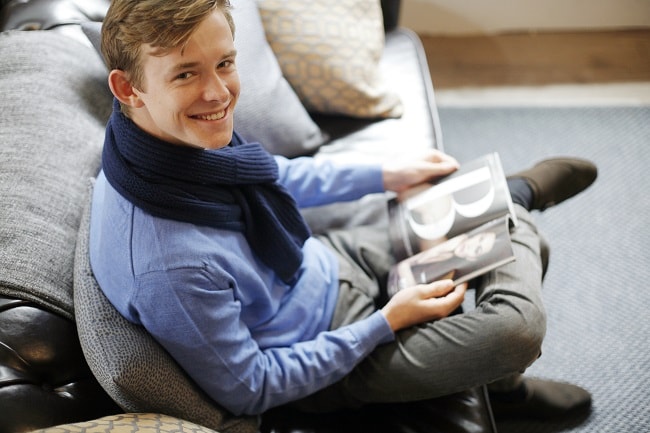