IN CONVERSATION WITH COLIN MORGAN 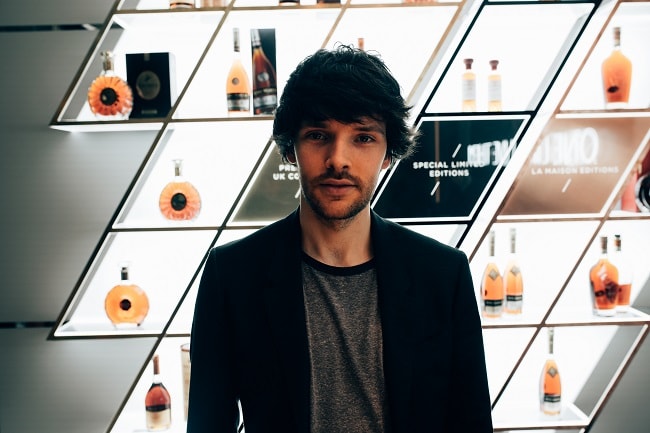 Colin Morgan is an Irish film, television, theatre and radio actor best known for playing the title character in the BBC fantasy series Merlin, the lead in The Living and the Dead, and main roles in Humans and The Fall; film roles in Testament of Youth, Legend and The Huntsman: Winter's War. Colin is constantly tipped by various magazines to be on the precipice of greatness. With his cherubic features and lustrous head of hair, he was also a lateral move for the likes of La Maison Remy Martin to invite him down for a private talk to its members during their recent stint in Soho the other month. We managed to catch up with Colin ourselves and ask about his aspirations and career highlights to date.

What has been your biggest career highlight to date?

“My very first professional job was playing the role of Vernon in the stage adaption of the novel Vernon God Little at the Young Vic Theatre in London. There are a lot of elements as to why it feels like a highlight; I was still at drama school when I got cast in it, I had never really been to London much before, Rufus Norris is a hugely talented director and the company of actors were just superb - and of course it was all new to me and I still look back on that first experience with fondness and with such appreciation for the luck I had in getting to do it. Since then, working recently on the BBC drama The Living And The Dead was another highlight because of the collaborative nature of it, which feels rare in television these days. The feeling of everyone working openly and creatively together as a team was unique and so rewarding and I feel that that project is really close to my heart and shines out as a highlight because of the creative work we all did together.” 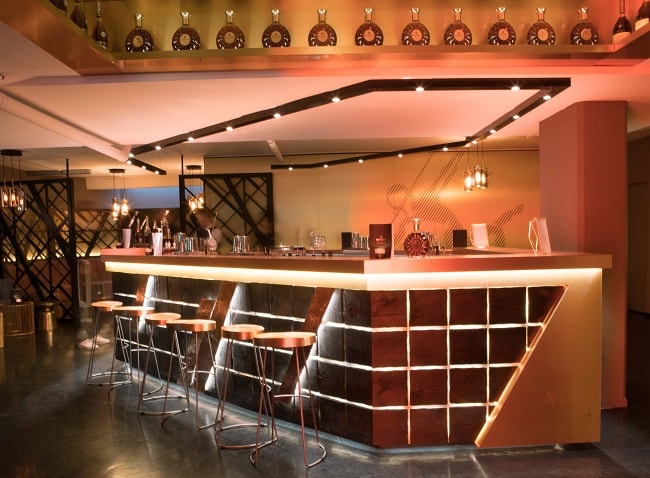 “I’m inspired by anyone who is passionate and dedicated to what they do, not just in acting and storytelling but in any arena, the commitment to a process is always an admirable thing and I can spot it so clearly in people and projects, even if the end result isn't successful or a spectacle - for me it isn't about that, it's about the process to get there and the results are really out of our control. I admire filmmakers and storytellers like Sam Mendes, Paul Thomas Anderson, Tim Burton. I admire writers like Tennessee Williams, John Steinbeck, Harold Pinter and current playwrights like Jez Butterworth and Conor McPhearson. Actors like Sean Penn, Paul Newman, Phillip Seymour Hoffman. Those are my rock-steady favourites, but I find I'm discovering inspiration every day.” 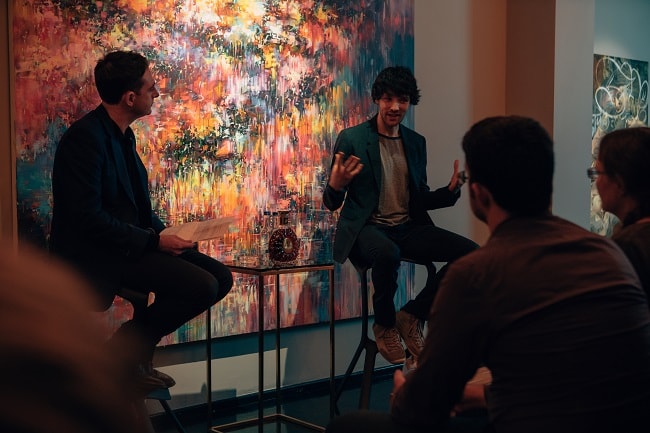 What have you been working on recently?

“I recently finished working on Rupert Everett's directorial debut called The Happy Prince. The film tells the story of the final years of Oscar Wilde's life. Rupert plays Oscar and also wrote the superb script, I think he's got a wonderful piece of work on his hands and I enjoyed the project so much. I play Alfred "Bosie" Douglas who was Oscar's friend/lover for a period of his life. Inhabiting Bosie was such a pleasure and honour for me, the project felt like a real adventure and complete departure into a different and challenging world; all the things I look for and hope for in a project. I believe it will be out and about later this year. I also recently gave a talk at La Maison Rémy Martin - a private members club, now in its third year. La Maison Rémy Martin celebrates multiple talents, encouraging members to celebrate their passions and skills and to be defined by many things rather than the one that that they do.” 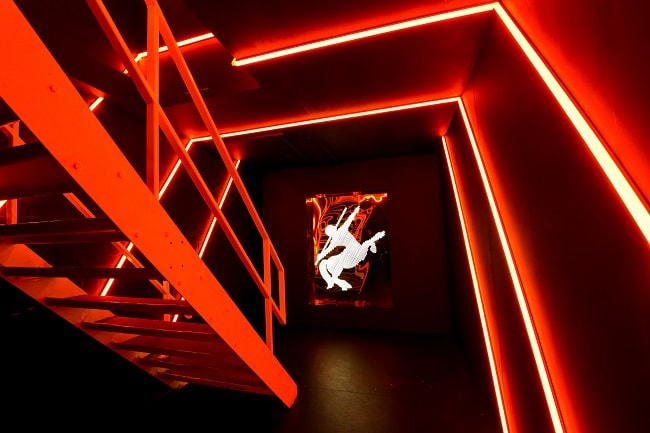 When did you realise you wanted to become an actor?

“I would definitely describe it as a natural instinct for me. I naturally gravitated towards elements of performance and expressing myself in those terms from a very young age, so I do feel that it has always been in my blood and I'm just lucky to be pursuing and living what I've always known. It takes people to really believe in you for that to happen and I could have all the natural instinct in the world but without people taking chances on me I wouldn't be able to be an actor, so I'm sort of constantly grateful for everything that has happened to come my way so far.” 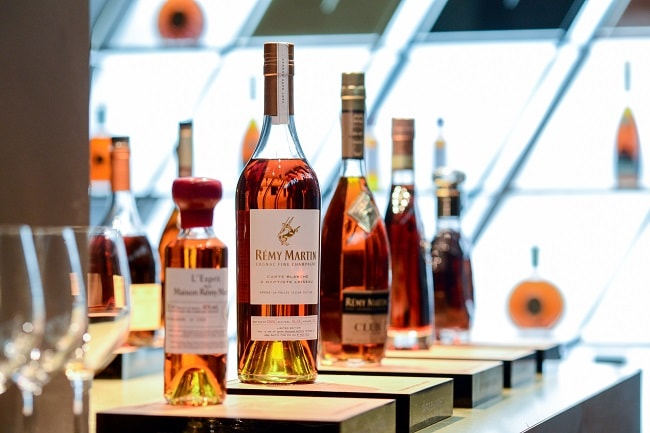 Was there anything specifically that drove or inspired this decision?

“As it has always felt instinctive I can't say that the initial influence came from anywhere or anyone other than somewhere inside myself. But that's not to say that I haven't been inspired and driven by some of the amazing talent that is out there in this business. Kevin Spacey is a real inspiration for any actor I think, his ethic and talent is a constant lesson for any aspiring actor. I've always loved Tim Burton movies and the creation of world's ulterior to our own, it’s what acting is all about too and I've always been drawn to films that create that. So, influences are always there and being discovered every day, we can never stop learning.” 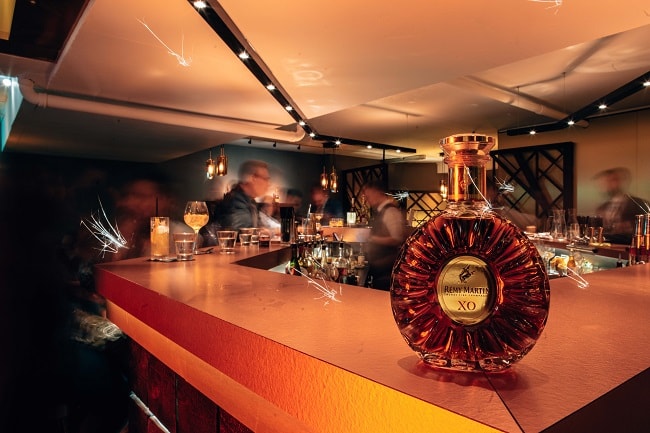 What has been your most challenging project to date?

“Challenge is what I look for in any project, and the definition of challenge can take many forms and is as diverse as the variety of roles out there and so I can't really pinpoint a challenging role that out-challenged another because they each have their own terms. I hope to always keep seeking out those challenges as I go forward, because once one challenge has been conquered it means that the next one needs to exceed that in a way.”

If you hadn’t have become an actor, what would you have liked to have been?

“I had no Plan B, I was encouraged in school to come up with one and I would do that to satisfy teachers without any real personal true intent, in my head I knew I was only ever going to pursue one thing. I guess it's that determination you need to pull you through, knowing there's no back-up and being prepared to fail, otherwise you'll never know if it was ever possible.”