CLOTHING COLLABORATIONS LIKE THIS COME AROUND ONCE A DECADE 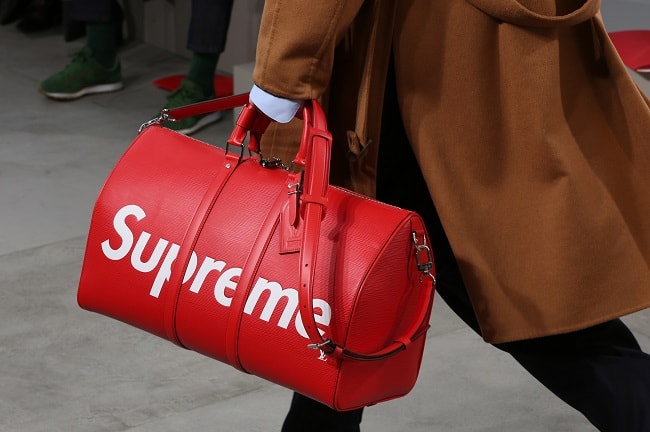 This month marks a monumental day in streetwear fashion. The Supreme x Louis Vuitton drop is finally here, after what felt like years of waiting. Arguably the biggest collaboration in clothing was greeted by tens of thousands of fashionistas, sneakerheads and pre-pubescent teenagers with mummy and daddy’s credit card, camping overnight and queuing around street corners since the release of the pop-up shop dates and locations 1 day prior on June 29th. With exclusive locations at London, Sydney, LA, Tokyo, Beijing, Miami, Paris and Seoul handpicked to be the chosen few.

The insane hype behind this collaboration has revived the seemingly below average year Supreme has been having due to releases being quieter than usual and sell out times creeping over 40 seconds online. With the help of A-list celebrities associated with Louis Vuitton, we’ve seen leaked pieces and images posted shortly after the grand unveiling at the LV show in Paris. From the Beckhams to Kate Moss and Travis Scott all flexing fits merging high end fashion and streetwear nonchalance. However, with the astronomical price tags, regular Supreme goers may be priced out of this collection. 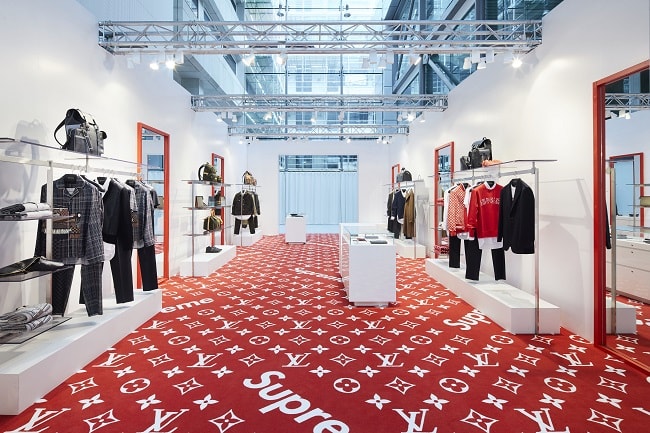 Most hyped items include the classic box logo T-shirt in a red and white colourway scattered with LV logos retailing for a cool $485, “What about the hoodie?” you ask. Well that comes in red only and will set you back at least $850. Obviously, the quality is there as always, but its Supreme... they can do whatever they want, it’ll still sell. Other sought-after items include the denim jacket at $2000, a leather varsity bomber jacket at $2344, sunglasses at $390, the Apollo backpack at $2580, the calf leather and monogram sneakers $965 and the Malle trunk at a whopping $68,000 (just in case you have that kind of change lying around). Even the lookbook was a work of art - starring James Jebbia sporting the varsity bomber - it’s the type of photo you look at and keep in the back of your mind to remind you that you’ll never be that cool. 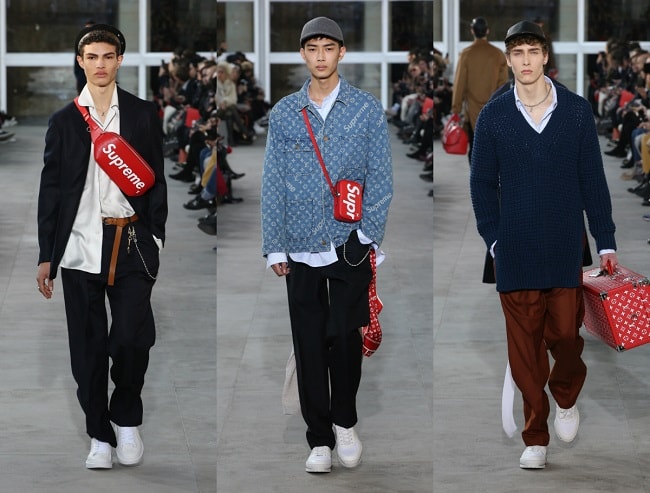 It seems Supreme have come a long way since 2000 when they released a series of skate decks, T-shirts and hats all branding the LV logo. A mere 2 weeks had passed and LV sent a cease and desist letter demanding that all products stopped being sold and remaining stock burned to circumvent the circulation of the products. It’ll be interesting to see how the rest of the month unfolds, with rumours confirmed today that there were more pop-up locations scheduled to open to release the coveted clothes. Another huge question is what will re-sell prices be on these items? With such high retail and the demand still as high as ever, T-shirts are likely to fetch over $2500 and hoodies at $6000 minimum. All we know is that as time passes the value is only going up. Clothing collaborations like this come around once a decade and if you’re lucky enough to get your hands on them they’re worth more than their weight in gold. 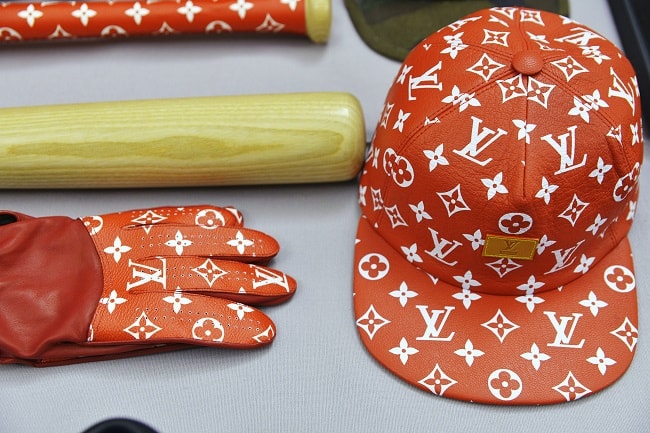 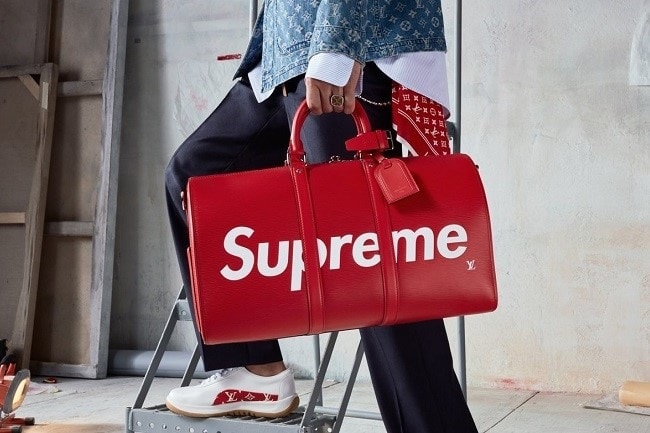