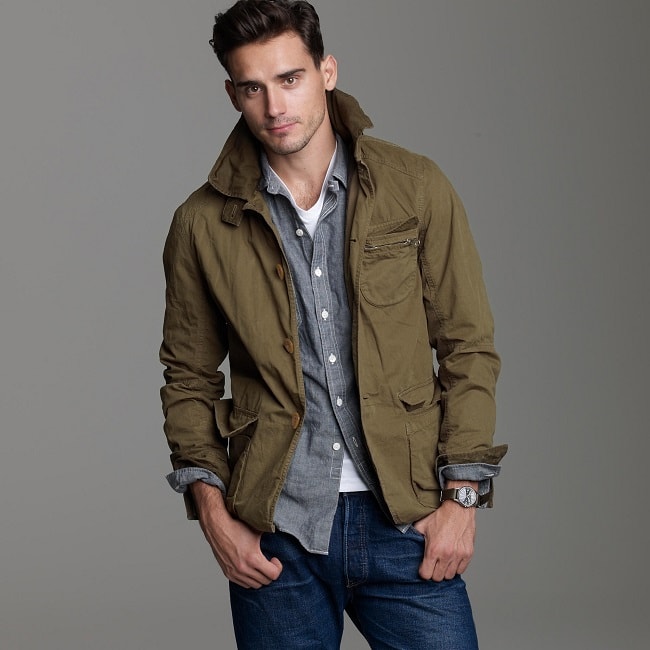 Saying military-inspired fashion maintains a strong presence on runways and in stores is stating the obvious. With a few years’ worth of olive drab, souvenir jackets, camouflage patterns, and button-downs adorned with epaulets, this overarching trend is less blink-and-you’ll-miss-it and more a subset existing across high-fashion and streetwear collections. However, not all such trends stand on equal footing, and between those low-key green hues and shiny, embroidered two-tone styles lies the utility jacket, which designers started adding to their runway presentations back in 2015. Its near-ubiquity a year later solidified its standing, and now, for 2017, practically every retailer, luxury to discount, throws in at least one interpretation. But, what specifically about the utility jacket elevates it to “essential” status?

If you examine the history of men’s fashion, you can trace a few modern-day basics back to military garb – even pieces, like the parka and trench coat, that have long since shed their battlefield origins. Its function-to-fashion progression begins with a garment designed to protect men in wartime and to accommodate his work on the field – specifically, having certain supplies ready to deploy at an instant and adapting to the conditions at hand without the wearer overheating or freezing to death. Today, tactical gear still abides by these principles, from MOLLE webbing giving vests and packs a modular aspect to multilayered, adaptable systems like the U.S. Army’s ECWCS. So, where does the utility jacket fit into all this? As its design no longer benefits the modern soldier, it instead mirrors the trajectory of other military-influenced menswear and streetwear staples, offering a pragmatic and rugged combination suited to everyday use. In addition to those mentioned above, other on-trend pieces of outerwear, such as the bomber jacket, pea coat, and Sherpa-lined flight jacket, share similar histories. 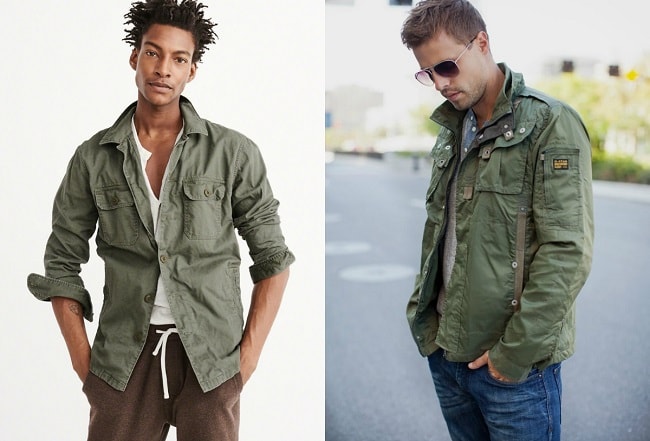 A true utility jacket, also known as a jungle or field jacket, had a lighter look conceived for warmer, tropical climates, but its construction utilised heavier canvas-like fabrics. In the present, however, this design has minimal practicality. While you can still find something like it at an army surplus store, the modern silhouette factors in balmy transitional seasons and, in response, has incorporated sportswear underpinnings. Specifically, nylon, cotton, and windbreaker materials transform its feel, which gravitates more toward an anorak or bomber and away from cotton duck-based workwear. 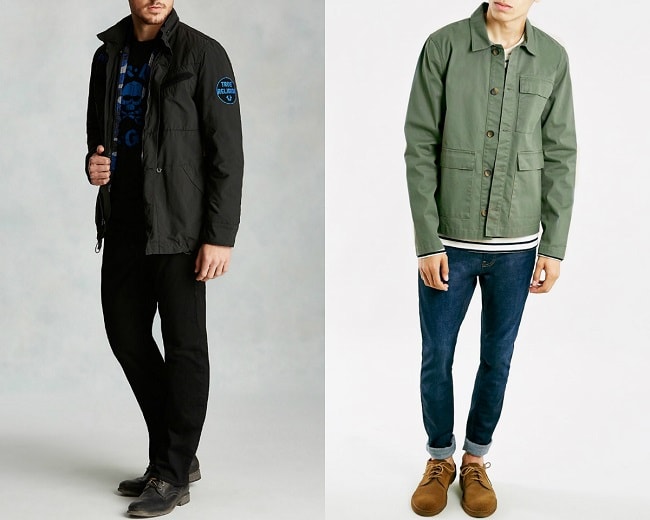 More Than One Theme

What does your jacket communicate? How designers style this piece and history’s and pop culture’s adaptations vary its message. For instance, amongst its runway iterations, Balmain unveiled it with a rugged, safari theme. Essentially, its inclusion implies that you’re off to explore uncharted terrain. Or, in more pedestrian terms, it signifies that you’re choosing your own path. Added to this is 1960s counterculture appropriation – which, looking back, took a paradoxical approach to the jacket’s representation. At the time, protesters – including artists like John Lennon – wore it to mean two things: One, that they supported the troops, but secondly, that they opposed the United States’ involvement in Vietnam. Building off this symbol, movie characters throughout the 1970s – Taxi Driver’s Travis Bickle (Robert De Niro) and Serpico’s Frank Serpico (Al Pacino), more prominently – sported it to signify dissention – not so much from supporting the war but from society in general. 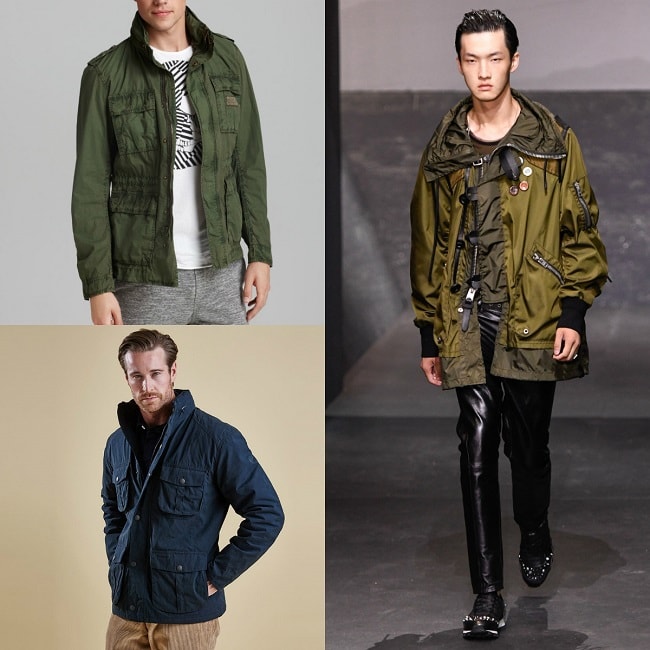 Even though the utility jacket’s origins are behind it, its functional construction continues to benefit the modern man. Specifically, much like how brands now craft their hiking, travelling, and outdoor gear, it includes a few pocket types: Less-obvious zippered ones for surreptitiously hiding your smaller belongings, deeper side pockets built for larger items – even something the size of a map, tablet, or paperback book – and buttoned chest pockets that expand its carrying and storage possibilities. No, you might not hold everything for a weekend jaunt in there, but when you want to keep those basics close by and accessible on a day-trip around the city, its multi-pocketed design reduces the need to bring along a separate satchel.