IS ‘COOLNESS’ FOR SALE?

Written by Harriet May de Vere in Business on the 17th July 2017 / Is ‘Coolness’ for Sale? 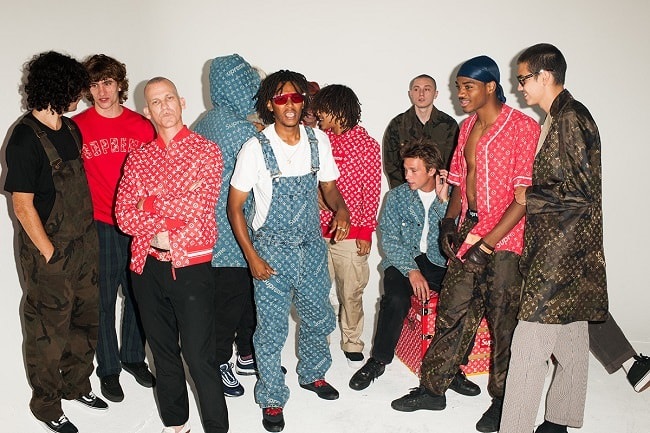 Imagine you were at that Skepta gig in May 2015, that free one in Shoreditch where so many people turned up the police had to cordon off whole streets. The last thing you remember is some over excitable moron jumping up and down and bashing into you. The next thing you know you’ve woken up two years later in hospital. It’s summer ’17. The first thing you do is turn on the TV.

You flick to the BBC to catch up on the news. Oh, Glastonbury’s on so it must be June. Hold up is that Jeremy Corbyn? Last thing you knew he was running for leader of the Labour party, what the hell is he doing there? Hold up, he’s just introduced hip hop supergroup Run the Jewels. You notice a lot of the crowd are wearing Nike tees, though as the camera zooms in you realise in place of ‘NIKE’ they read ‘CORBYN’. Confused, you turn off the TV. 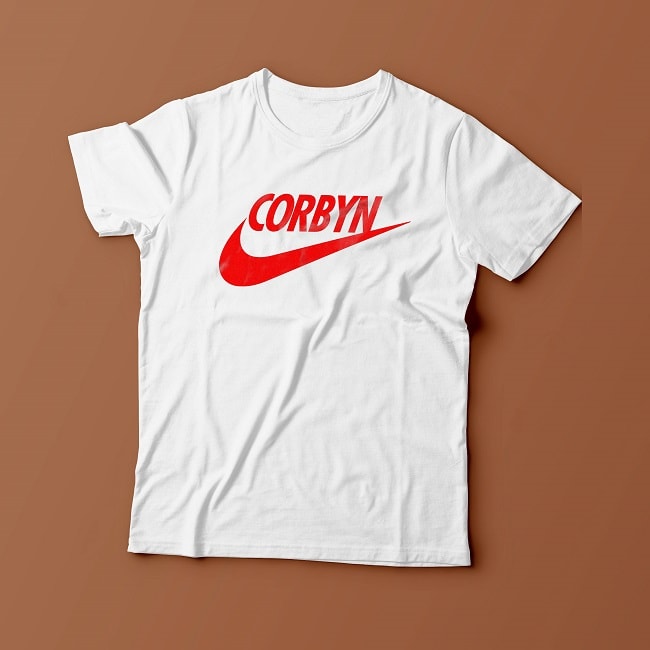 Mum has left your iPhone 5s next to your bed and you reach for it. A song from Run the Jewels’ second album was the last played. You open the BBC News app and read the top story; ‘US President Donald Trump to visit UK’. Donald Trump is president. DONALD TRUMP IS PRESIDENT? Bigoted, womanising, reality TV star Donald Trump is running the world. You must still be asleep. Well, if this is a dream you may as well enjoy it. Time for some light relief in the form of fashion, you must have missed some sick Supreme drops whilst you were out. You open HYPEBEAST. Wait, Supreme x Louis Vuitton? Gucci is now streetwear? What the fuck is going on? You press the panic button. 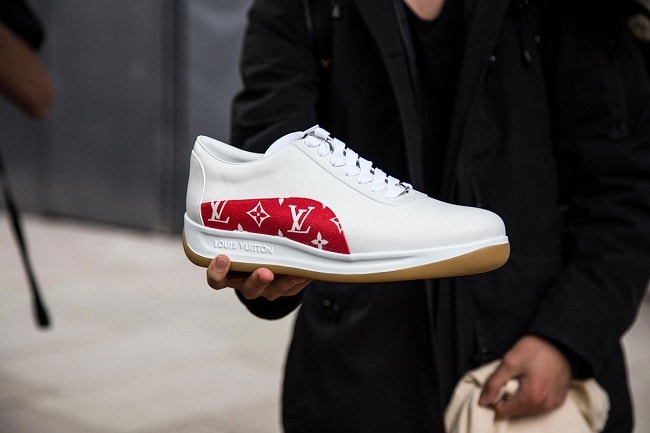 We’ve had a shocking couple of years by anyone’s standards. There’s been unrest across the worlds; both developing and wealthy. We’ve argued polarising politics, seen attacks on free speech and on expensive propaganda, and witnessed the combining of highbrow and street cultures. The Labour party’s being endorsed by grime stars. Everything’s in a muddle so let’s try and make sense of the easiest part, the fashion. Just as you thought we were irreconcilably divided, we start to see some inclusivity. Yes, fashion and the industry built around it is frivolous, excessive and to many, unimportant, but it’s also reactionary and - just like art - often reveals society’s traits. Jeremy Corbyn and Stormzy are hanging out and Louis Vuitton and Supreme are collaborating. People are fighting to get their hands on those brands you wore in your youth. Fila (x Gosha Rubchinskiy), Kappa (x Gosha Rubchinskiy), Champion (x Vetements) even Donnay, the brand your mum would buy you whilst you begged for Adidas, is selling again. Whether it’s nostalgia for a rose-tinted past or that their audience is too young to remember them the first time, they’re all back on top and proving their worth. The untouchables, those politicians and fashion houses with millions of pounds and years of reputation behind them, are climbing over themselves to work with these faded brands. But what are these higher-ups getting out of it? 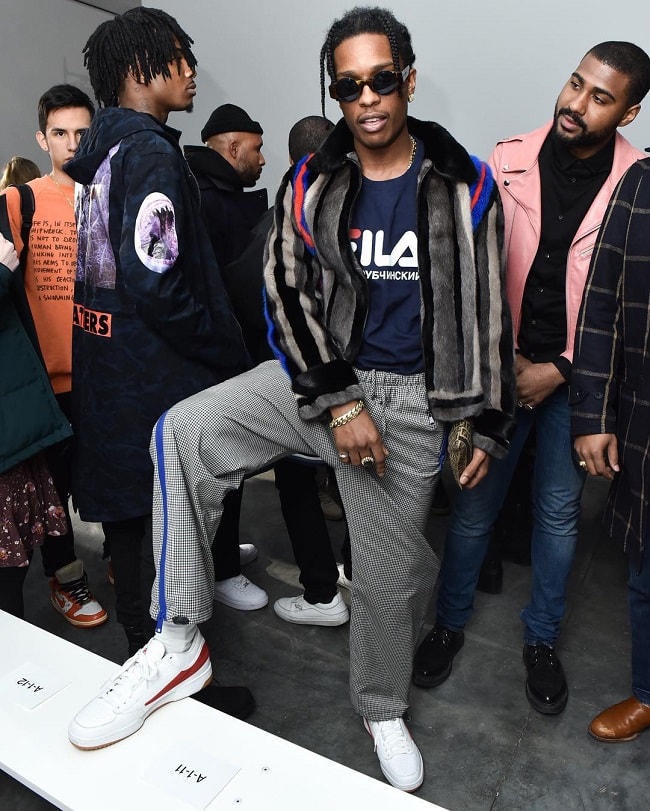 The answer is validation. In 2017 the zeitgeist is fixated on streetwear. It has been elevated from the street, it’s on the stage, the catwalk, in the office. Millennials of all genders, sexualities and social standing wear it, trade it and design it. They’ve never known life without social media and know how to use it to get what they want, setting up selling platforms like Wavey Garms and Depop to dictate their own values of brands far out of the reach of greedy corporate hands. Fashion houses want a part of this, the ‘cool’ factor that the young clamour towards. Is it possible to buy it? On paper it would appear that yes, it is for sale. Supreme lending their name to Louis Vuitton appears proof of that, but that undefinable quality of coolness has never been exchanged for money. Just this week Supreme fans have been expressing their outrage at news that the collection will no longer be sold in store or online, so potentially only the influencers and celebs who got their jammy hands on it at the initial pop up shops in June will ever own it. Supreme fans are left crying ‘sell out’ on the brand’s Instagram, whilst Louis Vuitton happily continues plugging the rest of their $28.1 billion business. Supreme has managed to stay slightly below the mainstream’s radar since its 1994 birth, could this be the final Supreme Brick that sinks them? 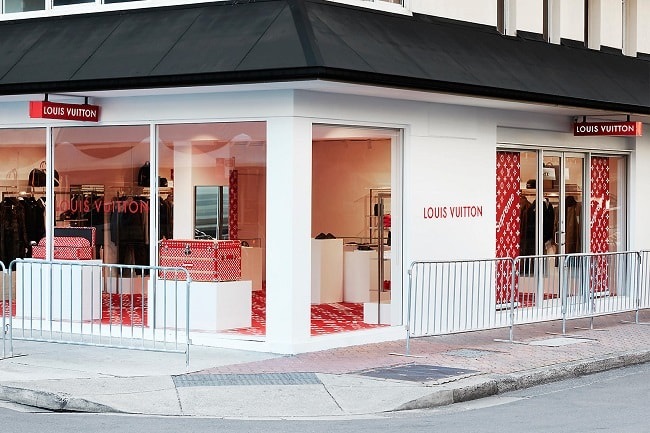 When the streetwear trend ends - and it will end - it won’t be the conglomerates left struggling. Just as they have for decades, the fashion houses will appropriate the next trend. Since Alessandro Michele was made the creative director at Gucci in 2015, he has stayed ahead of the game. Avoiding collaborations, he concentrated on making a definitive Gucci aesthetic that’s so strong (some might say excessive) that there’s hardly room for a potential collaborator to make a mark. Michele occasionally works with artists whose work he can manipulate to the Gucci aesthetic, working with small-time graphic designers or illustrators he’s discovered through Instagram, never with other brands. His only collaborator in fashion is fashion’s archives, in particular - whether they want to be or not - those who have copied Gucci. He has turned the street-based industry for replicas on its head, sending £795 versions of those logo-swarmed sweaters widely-bootlegged in the 1980s down the runway, and even emblazoning the Resort 2018 collection’s dresses and tees with the deliberate misspelling ‘GUCCY’. As is vital in the fashion racket, he is always one step ahead, and people queue to buy his vests and tracksuit bottoms to wear with their limited-edition trainers and rare vintage streetwear. 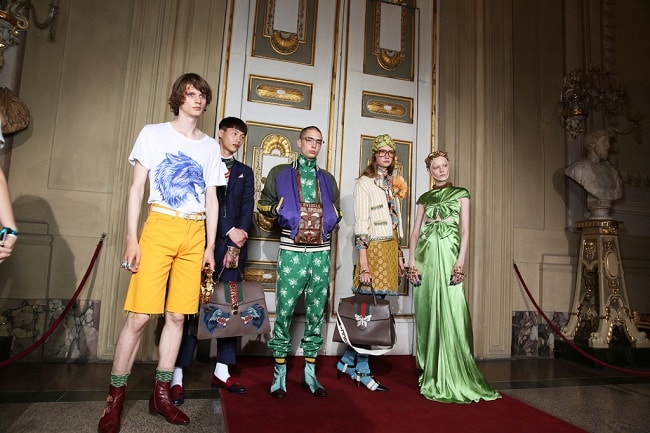 As we know in fashion, and hope in politics, everything goes full circle. Do you consider yourself a hypebeast? Have you got a walk-in wardrobe full of rare Gosha and Supreme? Hold on to those garms; in thirty years when your grandkids’ friends are after them, they’ll make you enough to buy Louis Vuitton.