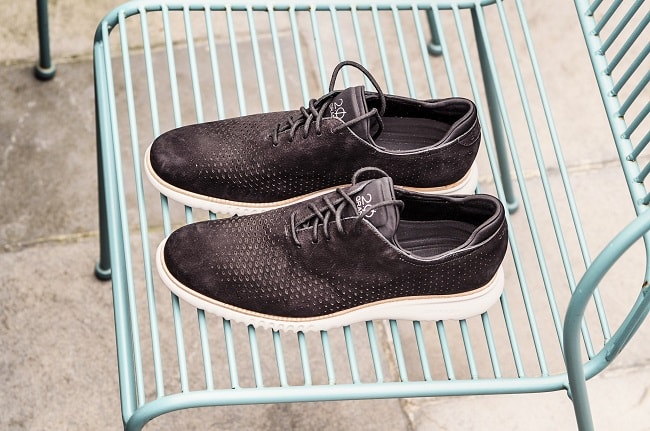 Founded in the US in 1928, Cole Haan was the vision of two men, Trafton Cole and Eddie Haan, who set out to deliver beautiful crafted products. Fast-forward 88 years and this mantra remains true today. Cole Haan’s groundbreaking reinvention of the dress shoe and sneaker unites traditional craft with modern engineering. Each innovation working harmoniously with the next to create flexibility and comfort based on featherweight construction methods. Craft, style and engineering combine to deliver Cole Haan’s operating system for footwear, Grand.ØS. The family of innovative footwear delivers four major benefits: greater flexibility, reduced weight, increased cushioning and breathability.

The ultra-light GrandPrø Tennis shoe is a vintage-inspired sneaker, updated with a thoroughly modern operating system. What it lacks in weight, it makes up for in style. Utilising proprietary Grand.ØS technology, GrandPrø Tennis delivers an innovative spin on a classic silhouette. Grand.ØS is an operating system designed to drastically reduce weight, mimic the foot’s natural flexibility, offer dynamic breathability and provide responsive cushioning for maximum comfort. The men’s GrandPrø Tennis shoe weighs less than a third of the average leather court shoe, weighing-in at 8.8 ounces (based on a men’s leather court shoe in size 8.5 – may vary according to style, material and size). 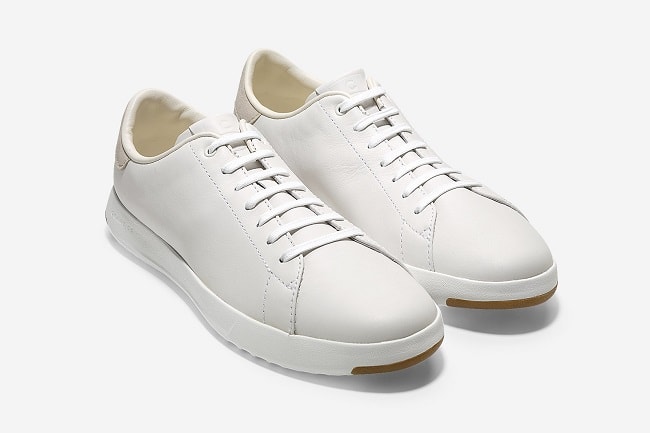 Crafted in rich leather and completed with a premium burnished finish and baroque accents, this progressive wingtip brogue is one of the most lightweight classic-inspired shoes around. Cushioned with Cole Haan’s proprietary Grand.ØS technology for ultimate comfort, the ØriginalGrand looks as amazing with a sharply tailored suit as it does with a pair of selvedgeedge denims. 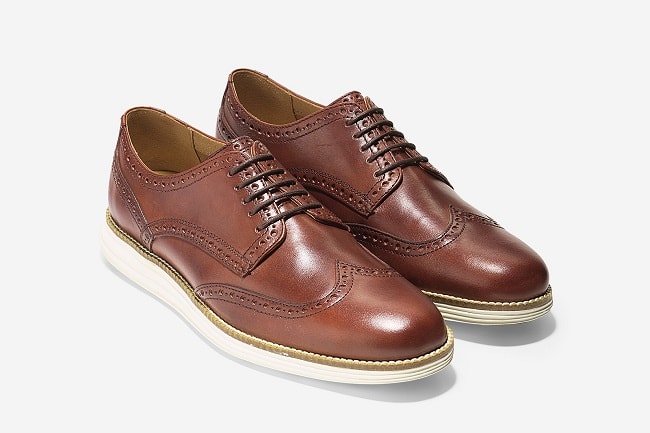 The ZerøGrand Stitchlite Oxford, ZerøGrand Wingtip Oxford and ZerøGrand Chukka are the pinnacle expressions of the Grand.ØS system. ZerøGrand features Grand.ØS, Cole Haan’s proprietary design platform which combines engineered insoles and outsoles with liners and uppers that move with each step. Grand.ØS replaces the heavy steel shanks traditionally used for support with a unique cushioning compound that is stronger, more flexible and longer lasting, reducing the overall weight and slimming down the shoe’s outsole. 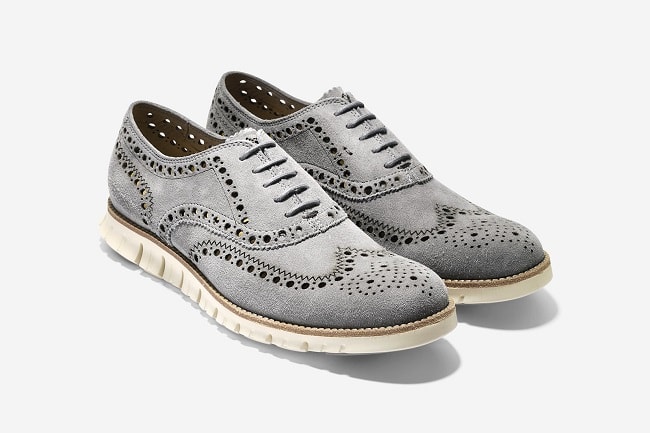 The 2.ZerøGrand is an evolution of Cole Haan’s ZerøGrand technology. Designed to mimic the natural motion of the human foot, the 2.ZerøGrand delivers a level of flexibility and cushioning that rivals top-of-the-line running shoes. An anatomically contoured Grand.ØS energy foam foot-bed cradles the foot for superior weight distribution and cushioning, while airflow channels and moisture-wicking materials assist in keeping feet comfortable. Our favourites are Cole Haan’s 2.ZERØGRAND Laser Wingtip Oxford which is a modern take on the timeless Oxford shoe. The style is a next-generation Oxford that integrates craftsmanship with athletic innovations to provide the ultimate comfort without compromising on style. 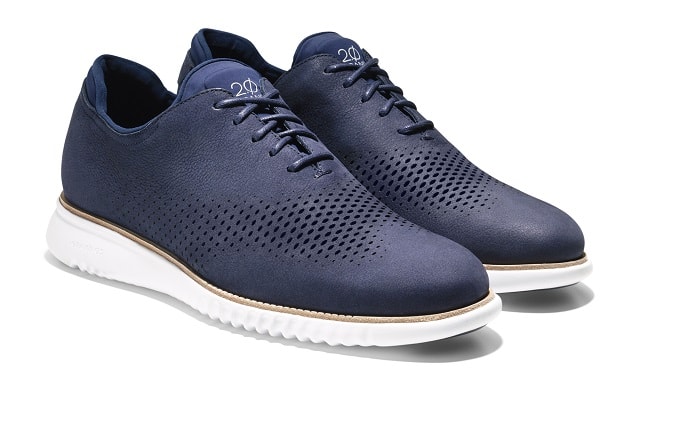