NOTHING MORE THAN A GRATINGLY IRONIC STATEMENT

Written by Ivan Yaskey in Trends on the 4th August 2017 / Is Normcore Still Relevant? 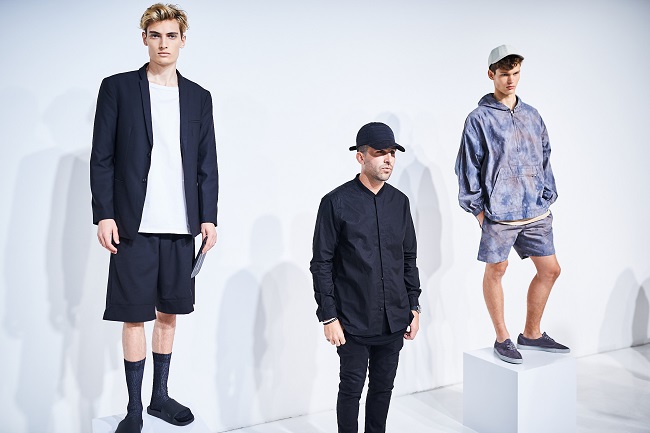 Can you think of a positive adjective to describe normcore? The trend having its moment in both streetwear and menswear circles from 2013 through 2015 embodied everything painfully retro: dated looks designers and Instagrammers alike forced on us, the worst of revived ‘90s styles, and anti-fashion that was never stylish in the first place. After all, what teen or young adult, circa 1995, truly wanted to dress like Jerry Seinfeld, Steve Jobs, or worse, his own dad? We all had far more interesting rock stars and hip-hop icons to emulate, and rave culture’s baggy, psychedelic-patterned pieces did the shapeless silhouette far better.

Yet, a sloppy, can’t-bother vibe is exactly what oversized khakis, awkward bucket hats, polo shirts, Champion sweatshirts, and orthopedic sandals conjured. Slap some sickles and Cyrillic lettering on it, and it suddenly turns into post-Soviet fashion, but without it, normcore is, at its best, incredibly boring. So, if it’s just behind us, why bring it up now? Even though trends themselves go through 20-year cycles, hence the sudden interest in everything ‘90s, normcore bowed out for a brief moment, and has returned in an evolved form – one that’s more mature this time around, realises it’s nothing more than a gratingly ironic statement, and understands its limitations. 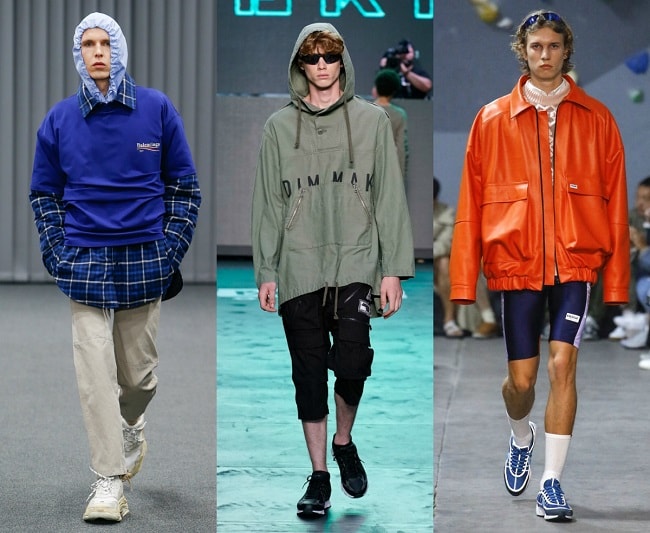 If you look at the trajectory of American consumerist culture, universal buying power hit its peak in the early-to-mid 2000s – a gluttonous time, looking back on it, of tacky trucker hats, bedazzled trousers, overpriced homes with easy-to-obtain mortgages, and fuel-guzzling SUVs. While, maybe in a few years, this period further exemplified by 24-7 celebrity coverage might be remembered fondly, it’s the road to here – the 1990s – that’s having its moment. So, fittingly, KFC’s recent foray into fashion yearns for these glory days with a series of normcore-influenced silhouettes serving as the backdrop to logo and slogan graphics and fried chicken-based patterns. The limited line of apparel and accessories sticks with the essentials – T-shirts, sweatshirts with raglan sleeves, and patterned socks, along with buttons. More literally, Apple finally made its early ‘90s trainers available to the public. Once only sold to company employees, a style based on old running and cross-training shoes emerged over 10 years ago on eBay by accident. While trainers now, more practically, help you out with a lighter, streamlined form, the bulky design and monochrome look here remind you of a template that’s since greatly evolved. 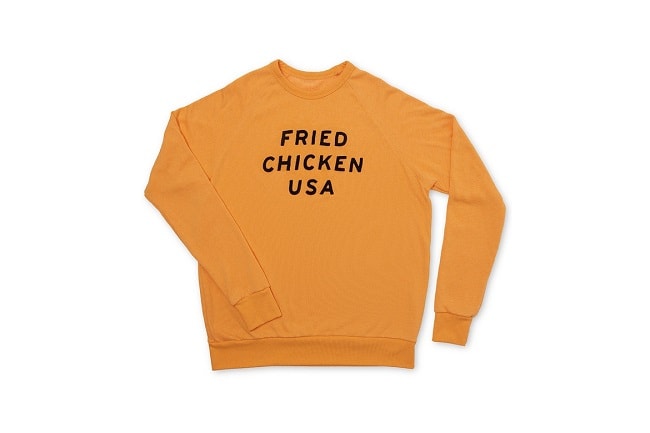 The Apple shoe signifies another normcore offshoot: the “Ugly” trainer trend. Whether it’s for this specific novelty piece or high-fashion versions like the Balenciaga Triple-S, sneakerheads have been pining for what can best be described as a “dad shoe". Not to be confused with a “dad cap,” a lightweight, unstructured, five-panel design your father may have worn 20 years ago on his weekends off, a “dad shoe" looks like something you’d see in an ‘80s fitness video crossed with a clunky ‘90s casual trainer – all leather, a thick outsole, and a puffy, single-colour appearance. These days, no fitness-minded man would be caught dead in something this impractical. But, on the collectable, vintage-minded end, these normcore styles look back toward the New Balance 990 – a thicker, rubber-soled shoe – or the Nike Cortez, an all-suede, two-tone combination with a textured outsole. The results, better suited for sitting on a shelf, exaggerate the proportions and tend to incorporate more colours than the originals once had. 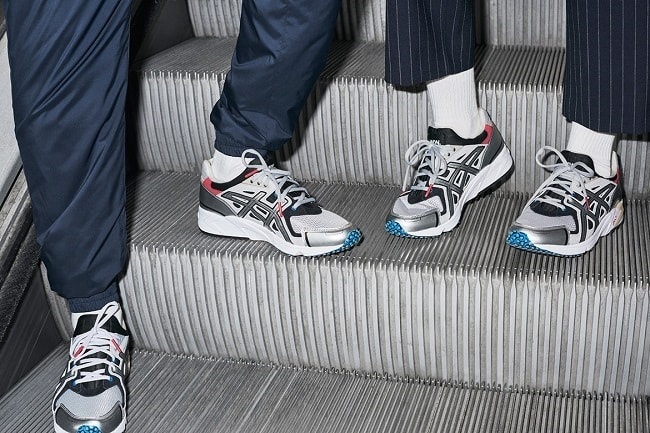 Starting with SS17 collections, silhouettes like large bombers, wide-legged cargoes, and unstructured "dad caps", most in a palette of browns, white, and tans, hint at normcore’s normalcy in streetwear collections, with Stampd taking a more literal approach. Yet, Steve Aoki’s latest Dim Mak Collection, titled Build Series, sees this concept as more than just a context-free admiration for all things retro. Spliced with artwork from graffiti artist David Choe and various political slogans, Build Series appears to react to the current Trump presidency, doing its own version of “Make America Great Again” with “Paradise” and “Land of The Free.” Yet, rather than the bright red hue and American flag iconography popular amongst Trump’s supporters, the other side of the United States’ supposed glory days emerges through barbed wire, guard dogs, and razor blade palm trees. However, the symbolism isn’t always as overt.

For instance, press coverage accompanying Prada’s AW17 show of oversized, pleated pants and slouchy sweaters emphasises that these more shapeless styles represent a return to normalcy – or, more specifically, the stability of and pathway to a middle-class lifestyle the ‘90s still seemed to have. Being able to have a house and not care about what you wear have become the new “aspirational,” whether that’s mirroring former President Obama’s “dad style" – high-waist, pleated, stone wash jeans and Asics trainers, for instance – or settling into practical, comfortable fashion, such as the pieces described above or the “Officecore” styles seen in recent collections by Gosha Rubchinskiy and Vetements. Essentially, by the late ‘90s, finding yourself in a reality like that depicted in Office Space appeared to be a droning, dead-end fate; now, with fewer opportunities to get ahead, that consistency seems like a pipe dream. 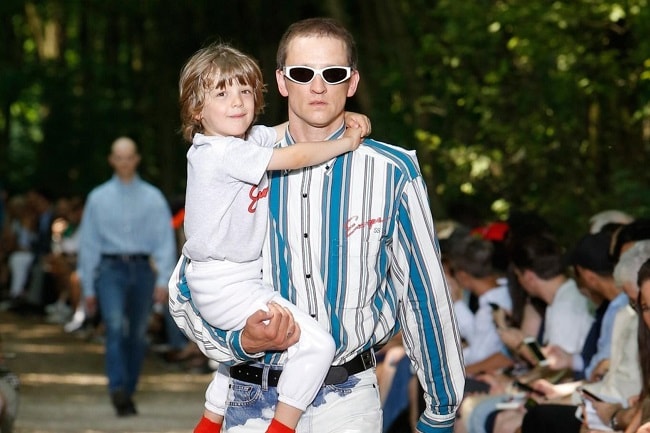 Along the same lines as athleisure, gorpcore sees apparel from traditional outdoor and camping brands being worn as casualwear. Spurred by hip-hop stars like A$AP Rocky and Drake sporting puffer jackets, gorpcore – named after the trail mix acronym for “good old raisins and peanuts,” if you didn’t get the reference – takes the same practical approach as normcore. Only, this time, that winking irony of appropriating cringingly awful 20-year-old styles gets replaced with a sense of function. And, if you’ve ever worked with outdoor gear, puffers, hoodies, fleece, and windbreakers from brands like The North Face, Arc’Teryx, Stone Island, and Patagonia essentially do double duty. While they’re not particularly on-trend, their streamlined forms are easily integrated with everyday pieces, and at the same time, their usually lightweight and packable construction comes fortified with water-resistant, windproof, and breathable properties. 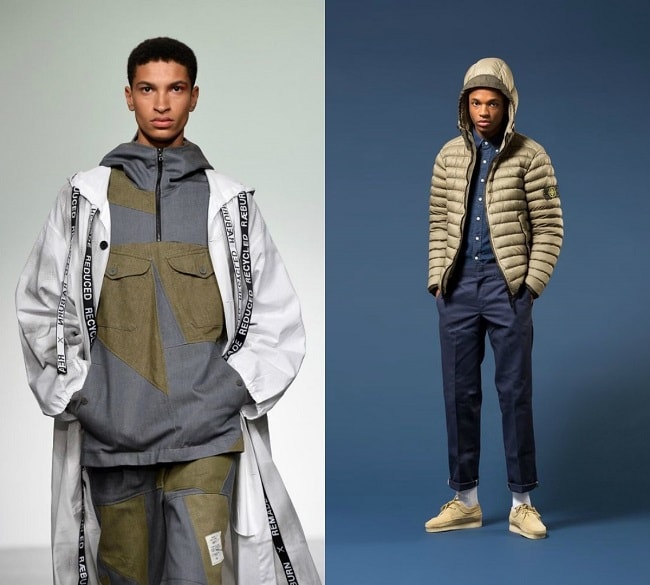 In short, you’ve got a seemingly basic jacket that keeps you dry, doesn’t feel particularly heavy, and lets your body breathe. But, the key to doing gorpcore is not looking like you’re about to go backpacking in the wilderness or camping out for the weekend. As such, one of these jackets or even a waistpack shouldn’t be paired with thick, padded gloves, a balaclava, walking boots, and shell pants. Instead, this water-repelling, warmth-retaining essential looks best in the city with no-nonsense streetwear basics – jeans or painter trousers, Converse or Vans trainers, and a sweatshirt or button-down underneath.