ONE OF THE MOST INFLUENTIAL DESIGNERS OF HIS GENERATION 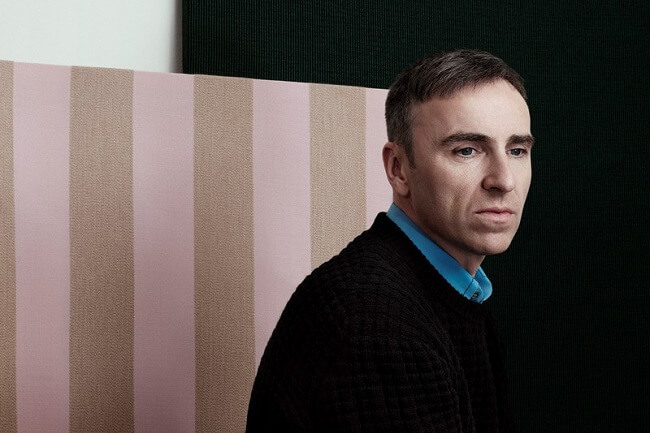 At first glance, Raf Simons’ appearance gives away very little about his god-like reputation within the world of fashion. The Calvin Klein Creative Director’s trademark black jumper, black dress trousers and battered Adidas Stan Smiths are a good visual metaphor for his minimalist roots. However, they are in stark contrast to his eye-catching runway shows for his eponymous menswear label, or the dazzling, floral couture he designed whilst serving as Creative Director at the helm of Dior.

The 49-year-old is, without a shadow of a doubt, one of the most influential designers of his generation and is held in esteem by anyone with so much as a passing interest in fashion. All of this on its own is impressive by anyone’s standards but the unconventional route that Simons took into fashion makes his status today all the more awe-inspiring. 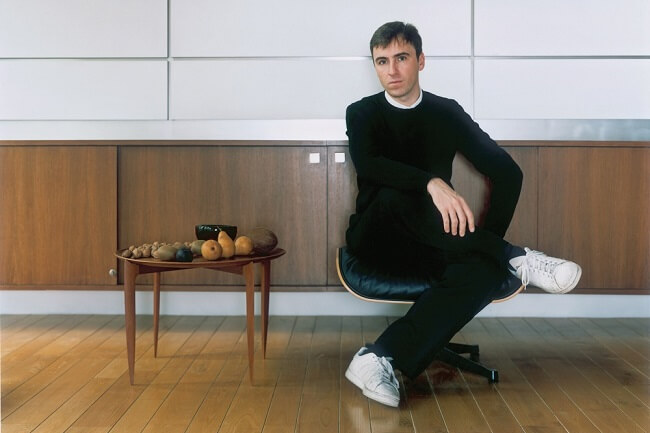 Growing up in the small town of Neerpelt in Belgium, Raf Simons made his first major step toward his current position when he began a course in industrial and furniture design at a college in Genk. During his studies Simons secured an internship with Belgian fashion designer Walter Van Beirendonck - in spite of having previously seen fashion as “a bit superficial” and “all glitz and glamour”. Keen to alter his intern’s perception, Beirendonck took Simons to Paris Fashion Week where he saw his first runway show - fellow Belgian Martin Margiela’s 1991 ‘all-white’ show – it was at this point, Simons says, that he knew he wanted to be a fashion designer: “I walked out of it and I thought, ‘that’s what I’m going to do’. That show is the reason I became a fashion designer.” 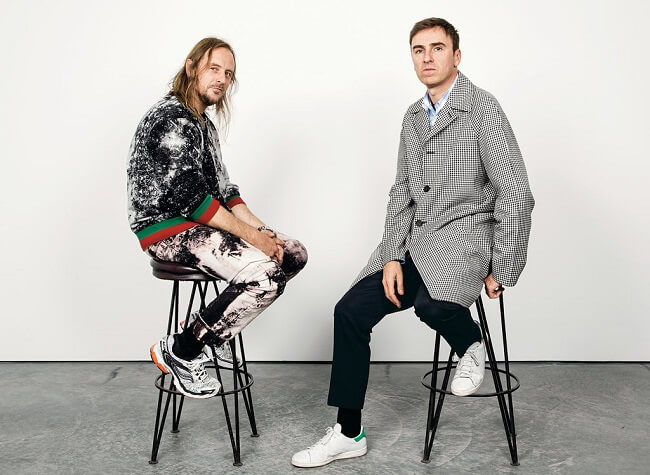 Four years later in 1995, Simons founded his now legendary, namesake menswear label and presented his first few collections on 8mm film. These early works caught the attention of the fashion community and earned him a spot at Paris Fashion Week in 1997. Following his debut runway show, Raf continued with his menswear label, as well as doing work for the likes of V Magazine and Ruffo Research. Shortly after, in 2000, he secured a teaching position in the fashion department at the University of Applied Arts in Vienna, a position he would hold for five years until he made the biggest leap in his career thus far. 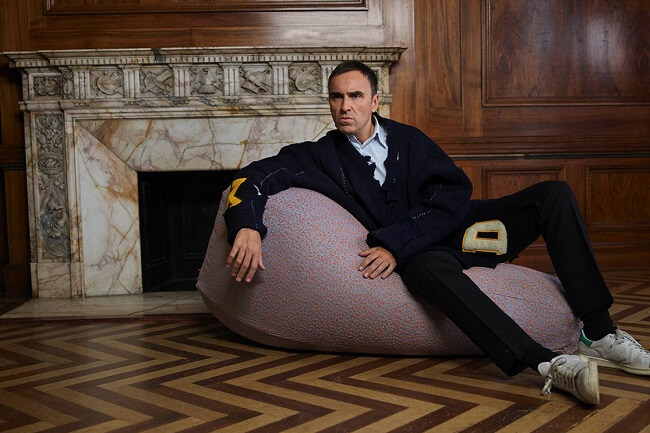 In 2005 Raf Simons was appointed Creative Director for luxury German fashion house, Jil Sander. He stayed in his role there until 2012 when he was replaced by Jil Sander herself who returned to resume her old position, leaving Raf to step down. In the months following his departure the rumour mill was working overtime with speculation about where he might end up next. That was until April of the same year when it was announced that Simons would be replacing John Galliano, following his dismissal, as Creative Director of one of the most revered fashion houses on the face of the earth, Dior. 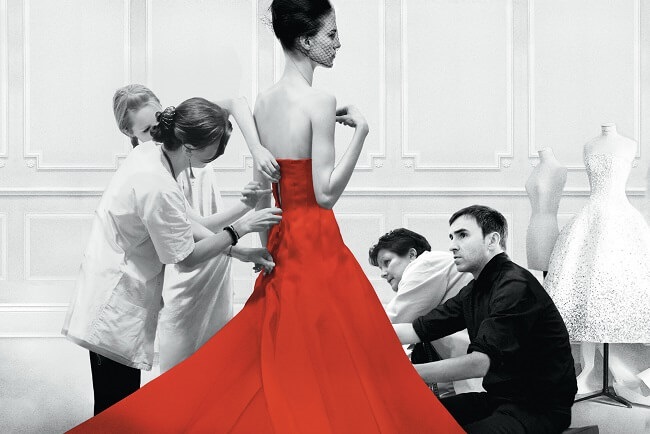 Simons’ move to Dior thrust him, not just into the high-fashion spotlight, but also into the public eye in a way that he hadn’t been before. This introduced his work to an entirely new audience and earned him legions of new fans in the process. His first couture show at Dior was a colossal success and even had the feature film – Dior and I - made about it. With hype around the designer growing all the time, German sportswear behemoths Adidas signed a contract with Raf to collaborate on a line of footwear. Their first joint effort was, of course, Raf’s take on his favourite Adidas silhouette, the Stan Smith. His version featured a premium leather upper, perforated ‘R’ detailing to the sides and was released season by season in a variety of interesting colours. Since then the pair have gone on to release some of the most hyped footwear in recent history, including the opinion polarising Ozweego. 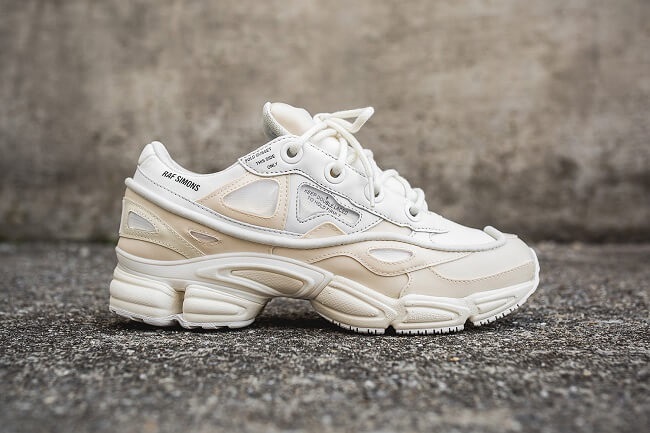 After several very successful years at Dior, Simons shocked the fashion world when he announced in October 2015 that he would be leaving the legendary French fashion house. His decision resulted in him ranking as Google’s top trending fashion designer of 2016. In the years that followed Raf Simons continued with his label before it was announced in August 2016 that he was to be hired by Calvin Klein as their Chief Creative Officer. His first show with CK held at New York Fashion Week this year. Prior to this, eager fashion fanatics had their appetites whet with images of Stranger Things star, Millie Bobby Brown, modelling some of the first CK designs since Raf has been in charge.