'I LIKE TO ENTERTAIN. THE MOST IMPORTANT THING IS TO MAKE PEOPLE THINK.' - THOM BROWNE 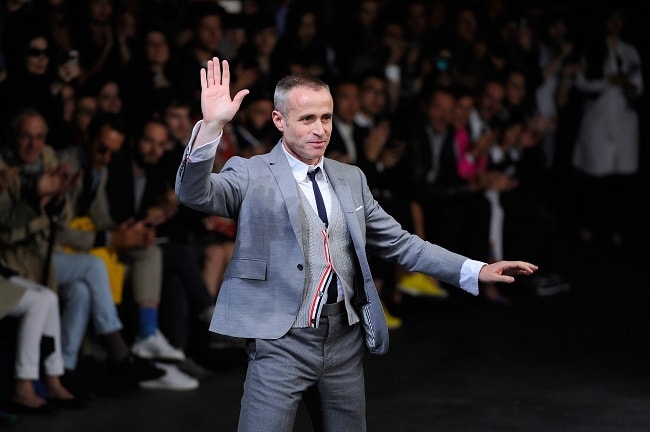 Thom Browne is an internationally renowned designer for both men and women with stores in New York, Tokyo, Seoul and Hong Kong. He has concessions in numerous luxury boutiques around the world, and in London you'll discover him in Selfridges and Dover Street Market. Or simply shop the Thom Browne collection on SSENSE.com

Wait a minute, this guy is wearing shorts with a suit. Not a usual business attire look we're familiar with. But hey, if Nick Wooster and Thom Browne can pull it off, we're game. But when did this become a thing you may ask. Read on. 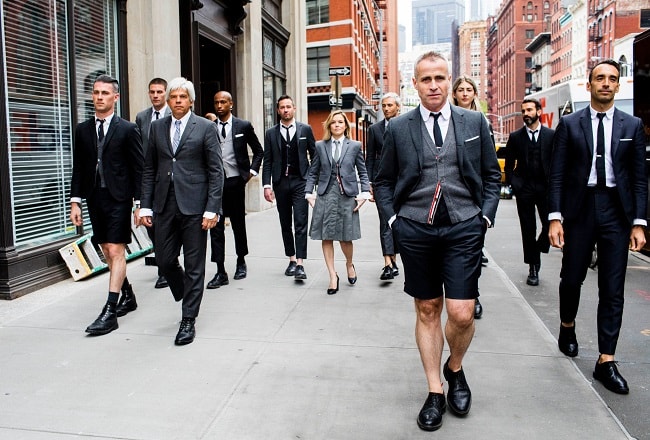 Thom Browne revels in being provocative. His theatrical formalwear makes you question his approach to design, philosophy and message. However, regardless of how divisive his collections are viewed, they're not incendiary. They're not without utility. Thom Browne argues that when something is made that well then it can never go out of fashion. 'The best collections and designers in the world, you know what they've done, what they've stood for. You have an image in your head when you think of their name, not the clothes, but establishing an aesthetic.' 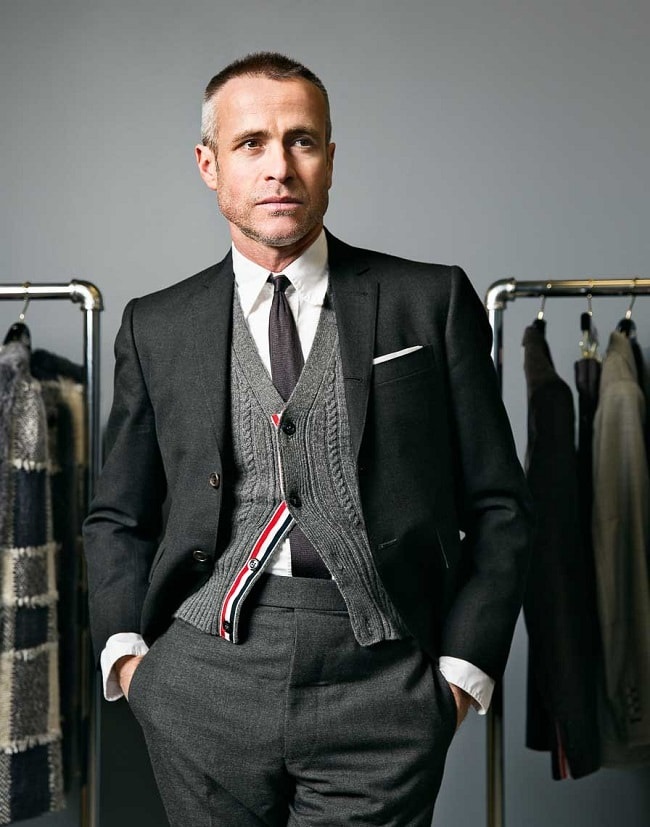 Since his launch in 2001 with 5 bespoke suits, seen by appointment only, he has scooped up numerous accolades winning CFDA designer of the year award in 2006 and again in 2013. Arguably he became a household name when Michelle Obama wore a Thom Browne navy silk jacquard coat and dress in a checked pattern (that the designer said was based on a men’s necktie fabric) for her husband’s 2013 inauguration. His unexpectedly proportioned outfits (namely the aforementioned shorts or 3/4 length suit trousers with jacket), may have accelerated him into the public zeitgeist but his brand would not have survived if his clothes were not tailored with remarkable precision and quality. 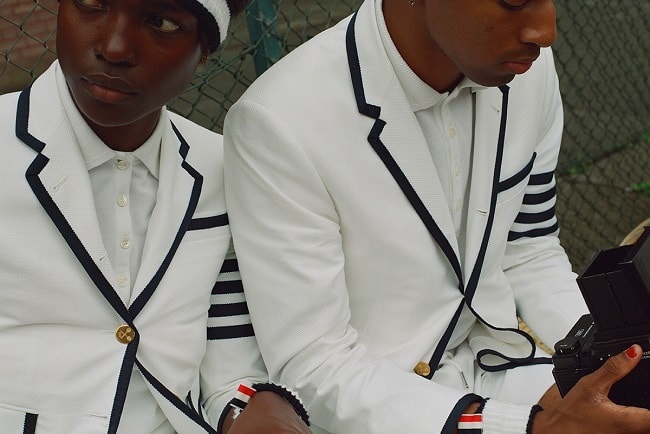 'It still has to have function. I would never put something in front of people just to provoke. You have to introduce classic ideas in a collection and have them still relevant whether its fabrics, or shapes, even the way it is shown.' The recently launched Tennis Capsule collection has once again proved that Thom Browne explores innovation through augmenting traditional design. The forward pleated trouser in brilliant white still boasts his signature radical proportions along with the high waist point and the shortening of the jacket. The asymmetrical contrast navy stripes on arm and thigh, reminds the end user that you won't be mistaken for a tennis official if seen wearing, more over an aficionado of contemporary menswear. It leaves plenty of space for interpretation and imagination. 'People do interpret them in different ways. It’s nice to have people having different experiences when they see my work.'