A GASTRONOMIC TOUR OF SPAIN WITH GIN MARE

FROM SAN SEBASTIÁN TO JEREZ 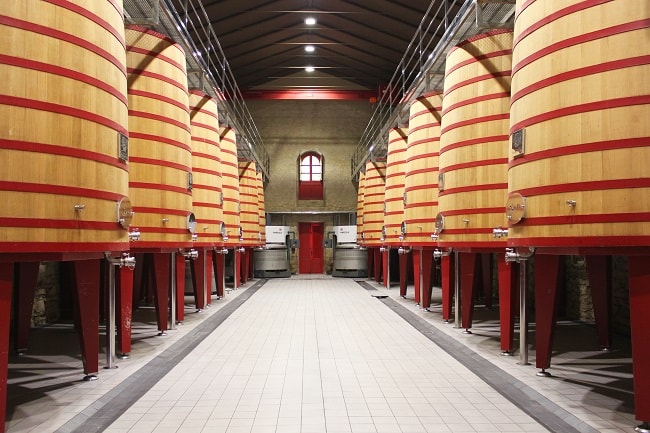 Even if the British sunshine seems to be on a hiatus… when you think of Summer it hopefully means great food, weather, wine and a few top-notch G&T's! To indulge in some summer celebrations, MenswearStyle were kindly invited by Gin Mare to take a gastronomic tour of Spain. This three-day whirlwind trip started right in the north of Spain, in San Sebastián and finished far in the south in Jerez. We had the opportunity to visit places hidden in the depths of the Spanish countryside, as well as the opportunity to try some of the best food and alcohol the country can produce.

It was at our first stop, driving from Bilbao airport to San Sebastián, that we visited the world-renown Basque Culinary Centre. This James Bond-esque building offers some of the best courses in the world for students interested in becoming super-star chefs. Not only do they offer degrees in cooking but also 7 masters degrees including Sommelier Studies and Food Tourism. An uber modern and chic university which was founded in 2009 and designed by Vauum Architects. The students are in seriously good hands as they have some of the finest chefs in the world acting as their 'International Advisory Committee' which includes Ferran Adria, Massimo Bottura, Dan Barber and Heston Blumenthal. 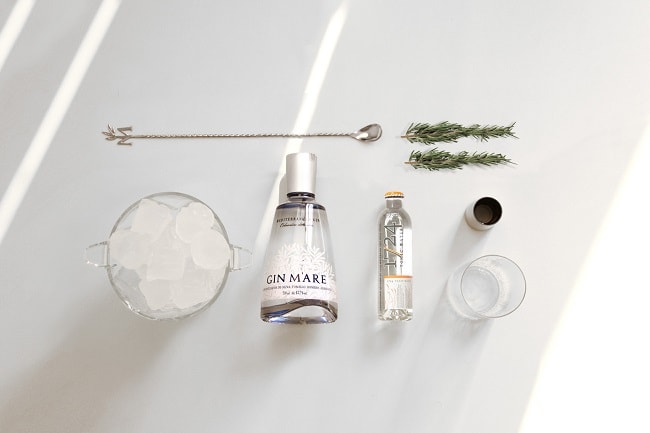 From our quick culinary stop-off, we drove to the beautifully quaint town of Ezcaray where we found ourselves at the boutique hotel (and my personal favourite of the tour) Gastronomico Echaurren. A minimal but elegantly designed hotel and I would recommend this place to anyone. The town is incredibly peaceful with just the sound of the cow bells ringing out over the Rio Oja and with a ski resort just an hour away it isn’t just a Summer destination. Inside the Echaurren hotel is a Michelin starred restaurant from chef Francis Paniego. Here we enjoyed some exceptional food where Paniego takes inspiration from his grandmother’s traditional recipes and gives them a modern twist. Particular stand-outs were the local white asparagus, pochas (white bean stew) and camerros cheese with honey and sesame seeds. No Spanish meal would be complete without some delicious wines, including a Riojan white wine that isn't even available anymore (due to a lack of particular grapes) and of course a classic Gin Mare gin and tonic with cucumber, which is always a refreshing end to a superb meal. 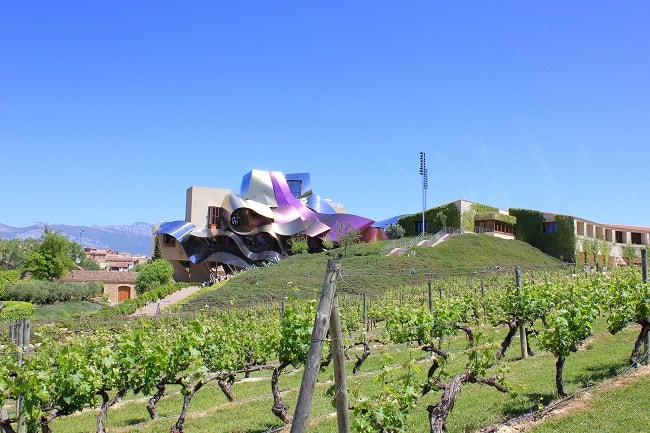 The following morning, we started to drive south. With Madrid as our end goal for the day, we drove through the heart of La Rioja. Eagles soared above us up in the rocky mountains of the region, as we stopped at the picturesque source of 22 Artesian Water. You may be thinking it is just water, however it differs to other mineral water as it is simply filtered through the limestone mountains and down to 500m below the earth. It is a totally natural process where there is no contamination from chemicals, is very low in sodium, and therefore is extremely pleasant to drink. The water flows constantly at 22 degrees, hence the name, and no pump or multiple filters are needed. This water is especially great for wine drinkers as its perfect to use to cleanse the palate after a few sips. That way you don’t lose the taste of the wine and you can simply enjoy it more. 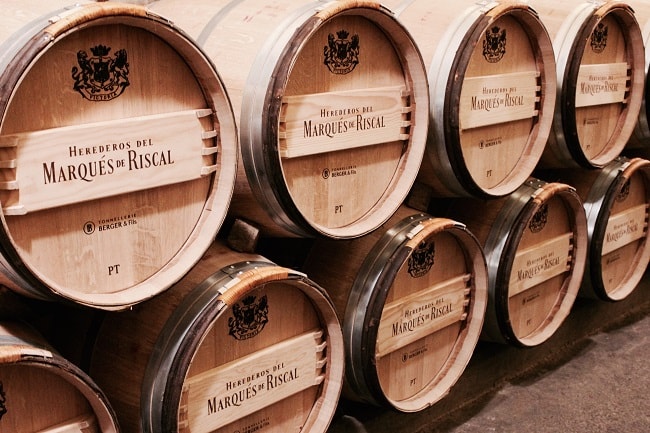 From here we drove to Elciego where we visited the Marques de Riscal vineyard. You may be familiar with the area if you are interested in architecture, as the vineyard is connected to the incredible Frank Gehry Hotel. When it came to designing this extremely modern building, Gehry was determined for it to reflect the ‘excitement and joy’ of wine, even with its colourful roofing. The pink is supposed to represent the burgundy of red Rioja and the gold for the mesh on the bottle. There are many people whose opinions are divided over the look of this hotel, sat in the middle of the countryside, however it cannot be denied it is spectacular to look at. Obviously as well as the five-star hotel and Caudalie Spa, it is home to some delicious wine. They grow 3 types of grape here with some of the vines being over 45 years old. The incredible wine cellars were originally founded in 1862, so there is a huge amount of history behind this winery, however the Marques de Riscal white wine has only been produced from the 1970s. If you love your wine, this a perfect place for a tour to witness the fusion between modern technology with original methods to produce the famous fruity Riojan wine. 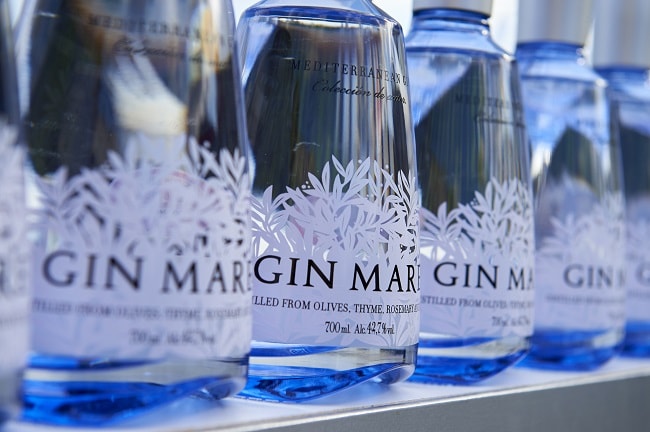 Jumping into the bus again, we were whisked off to Madrid. We stayed at a sleek hotel called the Urso, situated between the Chamberí and Chueca district. The Urso is a very smart five-star boutique hotel and another I can highly recommend. If you can’t stay here, then definitely take time to eat in the restaurant attached to the hotel, Media Ración. The idea behind the food here, from the translation of its name, is to enjoy small portions of delicious dishes. This is exactly what we did; with classic Spanish tapas which were easily some of the best tapas I have ever had. An early morning wake up call meant a fast train (around 3 hours) from Madrid to Jerez. It was a very comfortable journey speeding through more beautiful countryside. After arriving in this Andulsian city, we took a drive up a dirt track to a place that looked like it was out of a Western film. However, we were actually at the home of the independent and family-owned vineyard of Ximénez-Spinola. Founded in 1729, still to this day run by a younger generation of the family, they use the unique Pedro Ximénez grape to produce delicious wine, brandy and sherry. Sherry is one I originally related to as a tipple that my grandfather may sip on over the festive period and one I would not choose myself, however this particular sherry is so unique and smooth to taste that I may have become a serious fan. They have also created a hybrid spirit here by the name Ysabel Regina. It is a mixture of Spanish brandy (30%) with Cognac (70%) that is matured in Pedro Ximénez barrels to create a truly unique taste. 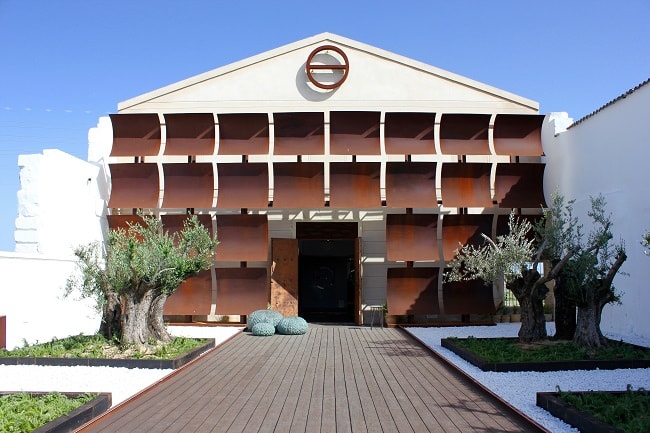 The final stop on our epic journey was parking up at El Puerto de Santa Maria, near Cadiz, and having lunch at Aponiente. If you haven’t heard of it, please don’t stop reading, as it is simply one of the most incredible restaurants I have had the opportunity of experiencing. If you are ever in area, it is an absolute must and a place worth saving up for. Sitting high on the list of the top 50 restaurants in the world, rockstar Spanish Chef Ángel León (commonly known as ‘el chef del mar’) has created something quite special here. Situated on the side of a dusty road leading to the sea, Aponiente doesn’t immediately jump out at you, however gazing past the restaurant’s icon you catch a glance of a huge metal door and the awaiting maître d’s. Never have I experienced so much attention to detail in a restaurant before with the food, the design of the restaurant and the service. After being greeted and shown to a briefing room, situated in the courtyard of the restaurant, we sat and sipped on sherry whilst we were treated to exquisite tiny bites as a teaser to the main meal. The focus being on fish sourced from the surrounding river and sea, we ate morsels of moray skin, cuttlefish profiterole’s, marinated dog fish alongside a refreshing oyster Gin Mare gin and tonic with algae. Quite surreal. 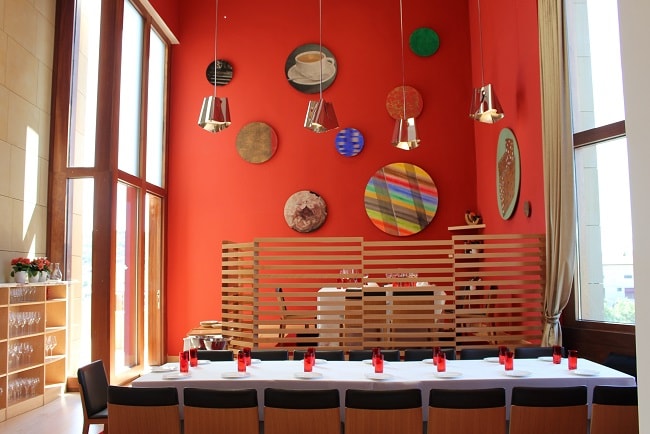 We were taken to meet the man himself, Ángel León, who is a culinary celebrity in Spain, so much so he appeared on the TV in my hotel room in Madrid the night before. I could write a whole article on this restaurant alone, there is just so much to talk about and be amazed by with this place. The restaurant sits in an 19th Century mill and totally maintains the nautical theme with its abstract fish tail chairs and port hole windows. We were treated to their 18-course tasting menu where each serving was just as mind-blowing as the next. ‘Sea sausage’ was one of the first courses. Although it had the appearance of chorizo and salami, it was actually a sausage created from discarded fish. Iodine soup with clams followed, served in gigantic coral-like bowls, along with ‘rice with plankton and spiny murex’ (served in Christian Lacroix plates no less). Every course was a work of art, not forgetting the petit fours as one of numerous desserts and the variations of tea which were presented in a book. A major highlight, was trying a grapefruit cocktail with a certain unique ingredient. This restaurant has its own marine biologist, who not only assists with the ingredients on the menu, but who has come together with León to create a drink that glows in the dark using bioluminescent plankton. It literally was something from another planet as we stood in the darkness watching our drinks come alive. Aponiente is clearly not your usual fancy fish restaurant and you have to try it to believe it. 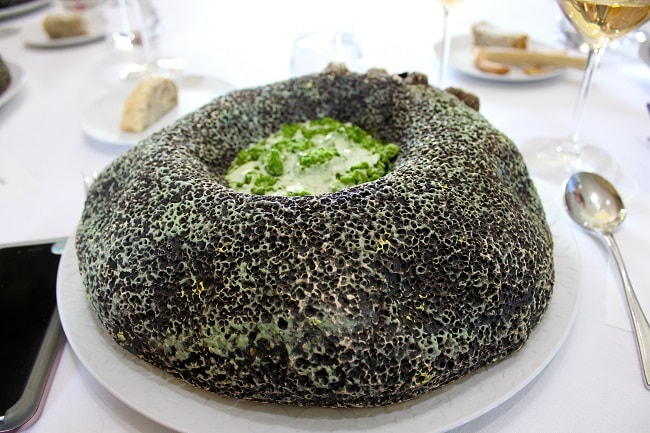 At the end of the trip I really felt like I had seen many different sides to Spain and it certainly made me want to go back and discover more. For me personally I think Spain has some of the best food in the world and they definitely know how to serve a proper G&T! A huge thank you to Gin Mare for taking us on such a fascinating trip. It remains one of my favourite gins which can be enjoyed in a simple classic or mixing it up in a smoked negroni, basil gimlet or fruity martini. As a very versatile gin, it seemed to be a perfect accompaniment to our tasting tour of Spain. 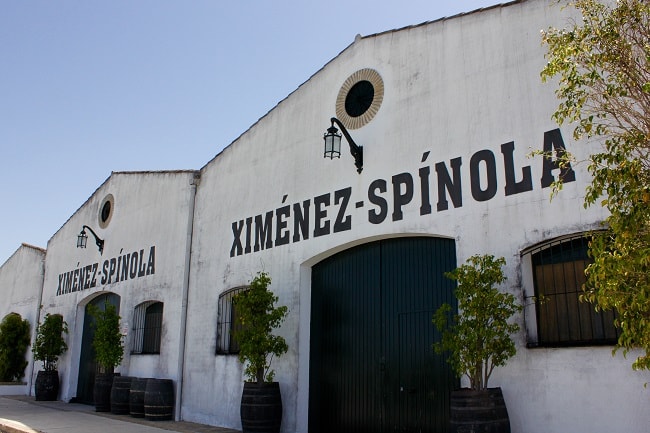