CHANGING UP THE RULES OF LAYERING 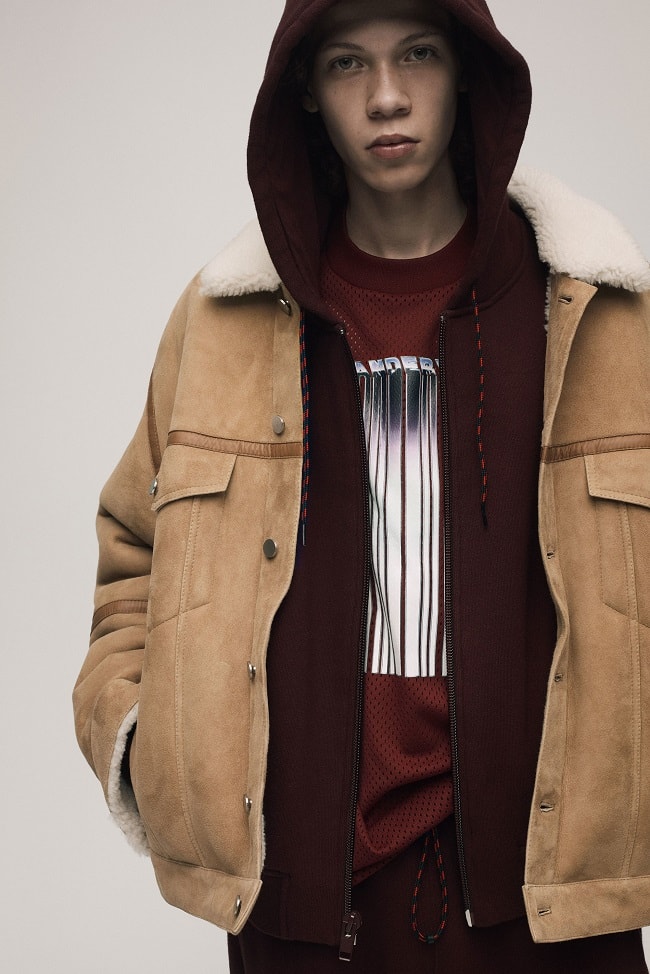 As cooler weather sets in, you know the drill: Layer up to stay warm without looking or feeling uncomfortable and awkward. The rules, thus far, typically involve starting with a button-down, adding a quarter-zip or a V-neck sweater preferably with a finer knit, and matching that with a pair of structured trousers and either a blazer or a more substantial coat. Or, for a more casual option, there’s always the Grunge-influenced combination: Start with a T-shirt and jeans, throw a flannel or over-shirt on top, and go with a shearling-trimmed denim jacket. But, as plenty of runway presentations reveal, layering doesn’t have to be an either-or scenario. Rather, designers have started changing up the rules.

When you stick with traditional layering, you keep each piece visible, tuck in the loose ends, and streamline your overall silhouette. Yet, both AW17 and SS18 presentations at Paris Fashion Week indicate a total reversal: Excluding your trousers, the longest garment becomes the base – a button-down with longer shirttail hems, for instance – and a shorter, cropped garment goes on top – usually, a sweater or buttoned vest hitting the hips. At the same time, those longer, looser shirt-tails hang right over your preferably skinny and structured trousers, adding a third contrast. Playing up the seemingly out-of-sync ratio are contrasting prints: As one common theme, a plaid or check patterned shirt clashes against a bold, striped sweater. 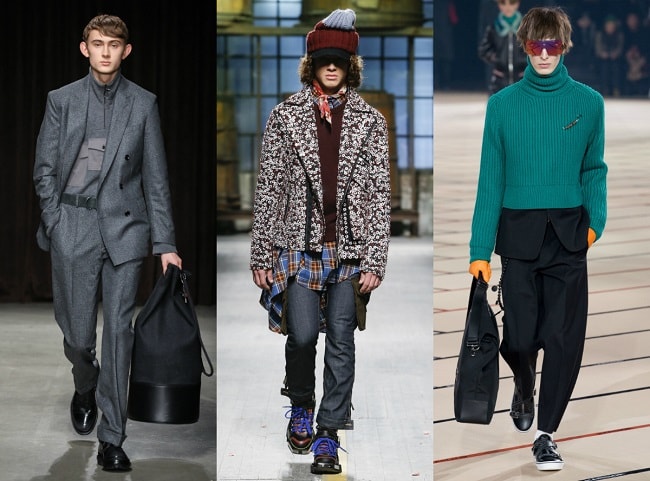 Layering, by default, is purely practical: You’ve got to hold onto body heat when it’s cool, and adjust when the temperature goes up. That being said, there’s a difference between layering for the outdoors – for instance, with moisture-wicking base garments, a fleece mid layer, and a waterproof shell jacket – and doing it partially for style, and that aspect comes down to colours, patterns, and textures. Here, what’s considered the rule of three comes into play: When you’re starting with a mock neck or button-down shirt, introducing a sweater and finishing it off with a shearling bomber or pea coat, no two pieces should be the same shade. Match, yes they should, for everyday use, but that goes more along the lines of balancing your greys, navy, and blacks with light shades, pops of colour, and statement prints. Or, if you’re not finding that precise balance point, runway trends point to an amalgamation of pattern-clashing and uneven layers: Cobble a floral print, checks, and stripes together just because you can. 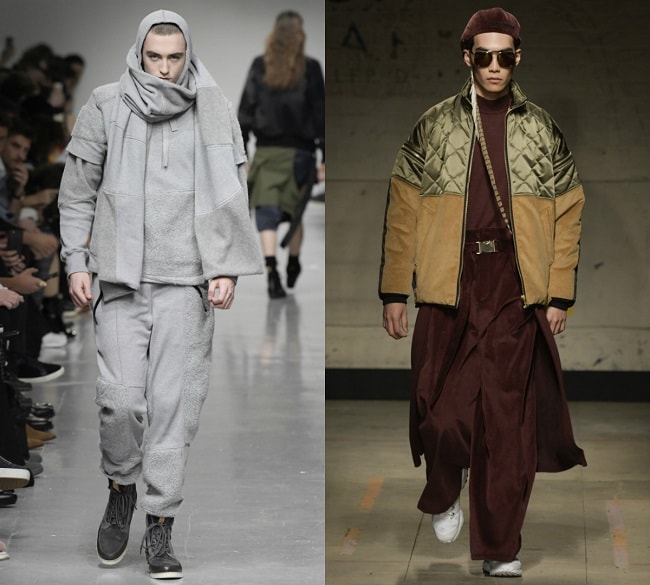 As another alternative, diverge from the “Which colour?” decision entirely, pinpointing your sights on monochrome. Y-3’s AW17 show exemplifies the notion that layering doesn’t always come down to colours and prints and, instead, can distinguish itself through uneven lengths and asymmetrical silhouettes. In line with long-standing streetwear concepts and the more-recent jumpsuit phenomenon, this trend isn’t simply taking the template and painting it a single shade. That’s too easy. Rather, in further using Y-3’s example, opt for pieces of different lengths and cuts – thinner or even jogger pants, a longer billowing jacket, and a shirt or two with either a cropped length and loose fit or a longer hem. The result essentially resembles the male equivalent of a women’s handkerchief skirt from the mid-2000s. 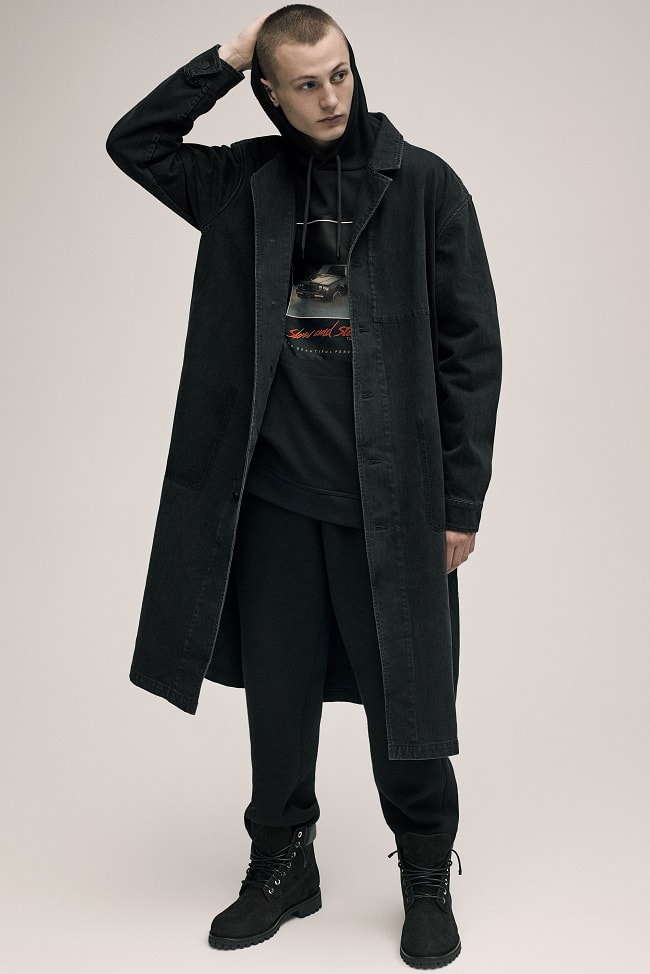 Who says you just have to wear one? Cold weather doesn’t always call for a cumbersome puffer, especially when you’ll end up looking like George Costanza and his fur-trimmed Gore-Tex number. Appearing like you’re heading off to the Antarctic doesn’t work when you’re walking around the city all day, so, to be pragmatic and far more stylish, just layer your jackets. But, there’s also a method to this. It’s not as simple as picking two from your closet and putting them on. The result, in that case, makes you resemble Bender from The Breakfast Club. Instead, factor in the contrasts – where the hems fall, the materials used, and how the collars overlap. Keep it short with a silk souvenir jacket under your shearling-trimmed suede bomber, or dress down your camel coat with a structured and partially-buttoned denim work jacket underneath. 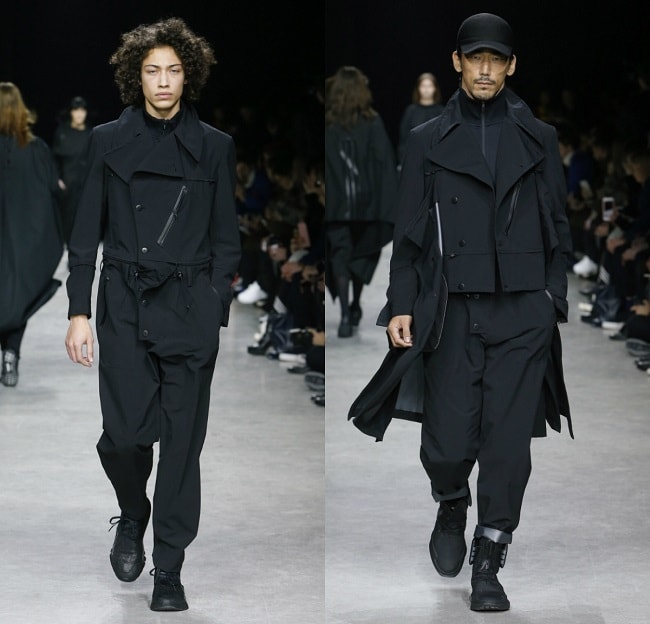 As a kid, you might’ve had a relative hand you a long, chunky cable knit sweater with a mock neck, and after you protested its obviously large size, you simply got told, “You’ll grow into it.” This time around, however, there’s no waiting for this garment to eventually fit. As J.W. Anderson’s AW17 runway showed, oversized, baggy sweaters, preferably with a visible knit, are the key to staying warm. Yes, the cut clearly gives it a youthful quality, but simultaneously, it acts as a layer: A piece that overlaps with trousers or jeans and can additionally be tossed over any lighter, fitted shirt underneath. 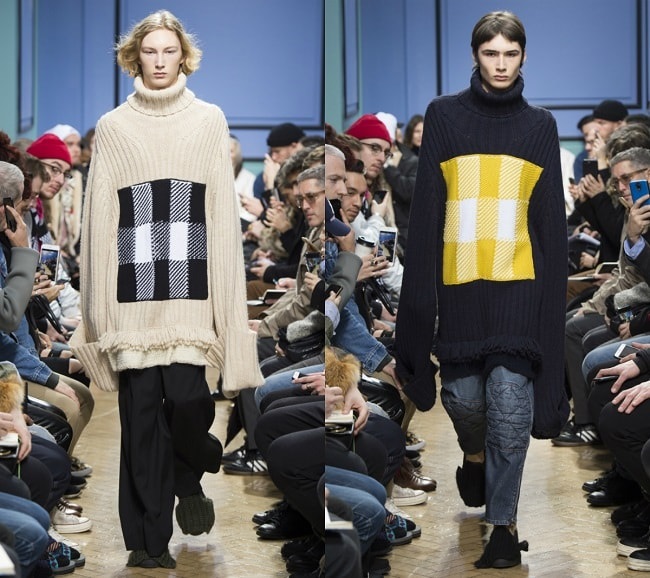