A SMALL SUV WITH A BIG PERSONALITY 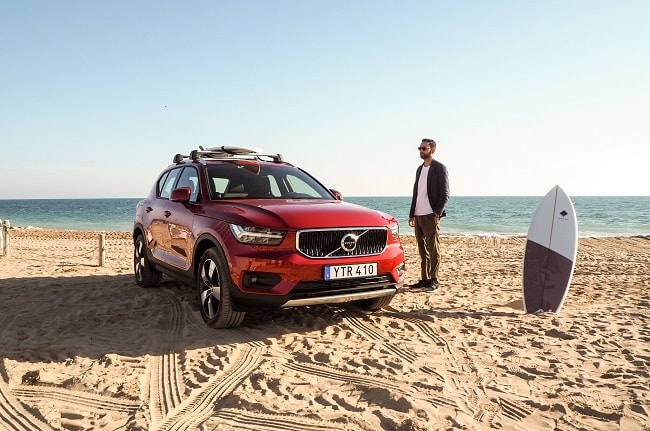 Heading out to the beautiful city of Barcelona in the middle of winter, to be greeted with 20 degrees sunshine, was a real treat. I was here to test out the new Volvo XC40 small SUV with a group of lifestyle bloggers and journalists from different parts of Europe. There was even a pro cyclist and a few parent bloggers in our group, which reflects the outdoors, lifestyle, family and sports personalities this car has. Our plan of action was to discover the vast city but to also complete a role play task with our partnered companion (In my case, Jeremy). The new Volvo XC40 has a neat car sharing service operated via an app which allows you and your family and friends (the ones you trust) to share the car without the need for keys. By using the app, the main owner can see/manage requests to use the car via Volvo on Call with a new digital key technology and if you grant access they’re then able to locate the car via an interactive map and unlock it on arrival without keys. So, the first task of our trip was, yes, you’ve guessed it - to locate our assigned car using the app.

This is exactly why you should always pay attention to the welcome briefings, you never know when you’re going to get put on the spot. We were at a Speakeasy bar called Paradiso enjoying mocktails and food whilst being talked through the app service. Thankfully I was listening intently and was able to operate the app at ease - the car looked to be parked near the train station about a 10-minute walk away. So, off me and Jeremy went in search of our vehicle with excitement. You’d think that once you arrive at a car park and saw a hundred or more cars, that it would be rather difficult to locate one in particular, but you can make the car honk its horn and flash its lights directly from the app, which certainly would be amusing to use in specific scenarios and would also be super annoying for your neighbours – but it really is essential for locating the car quickly. 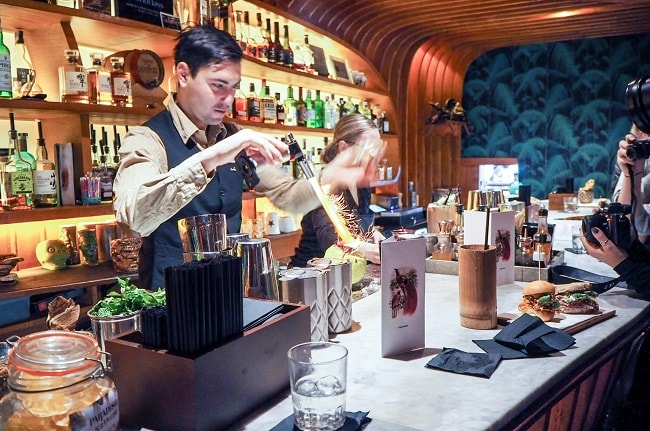 Another part of the role play was that a friend of ours was surfing at the beach and wanted to borrow the car for a couple of hours whilst we were relaxing at the beach. So, we mapped it out and followed the route to a specific part of Barcelona’s very long beach. This took us to a great surfboard making hut called Hav surfboards which was fascinating and cool venue. Whilst speaking to the chaps about surfing it was clear how dangerous this sport can be. So, it was a great time to also learn about the safety aspects of the XC40. Volvo’s approach to safety and user experience builds on a philosophy it calls the Circle of Life: a constant improvement of standards and technologies, based on consumer insights and real-life data. Safety and driver-assistance features include Volvo’s semi-autonomous Pilot Assist system, the latest generation of City Safety, Run-off Road Protection and Mitigation, Cross Traffic Alert with auto brake, and the 360° camera that helps drivers manoeuvre their car into tight parking spaces. “Modern city life presents complex challenges for drivers, pedestrians, cyclists and other road users. With the XC40, we aim to reduce the so-called cognitive load on the driver. While our safety and driver-assistance systems actively identify and mitigate potential conflicts, you as a driver can relax more and therefore enjoy city driving,” said Malin Ekholm, Vice President Volvo Cars Safety Centre. 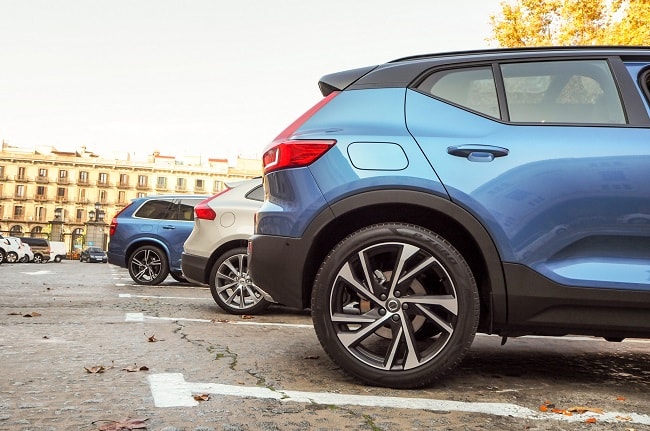 It was such an idyllic secluded part of the beach with sailing boats and surfers out at sea. I could have stayed here a while and camped next to our XC40 on the sand, ordered a few more of those mocktails and soaked up the rays for the remainder of the afternoon. However, we had to complete our task and I’m a professional – the next part of the test drive was a fun route which took us through the busy streets of Barcelona to experience urban driving (driving this car is effortless and smooth, which has now left me wondering why we all drive manuals here in the UK? Automatics are so much easier to drive.) and up the hills to see some amazing view over the city, before finishing our route at the Hidden Factory for presentations to learn about the design of the car. This venue was exactly how it described itself, very hidden and an old industrial factory. You walk down a small side street, bang on a door filled with graffiti at a building which has seen better days, and walk up 4 flights of stairs which wouldn’t pass health and safety checks here in the UK. However, the character and charm of the art filled room we arrived in for tapas and drinks before being talked through the engineering and design aspects was perfectly matched for the occasion and perfectly represented the character and personality of the car itself. 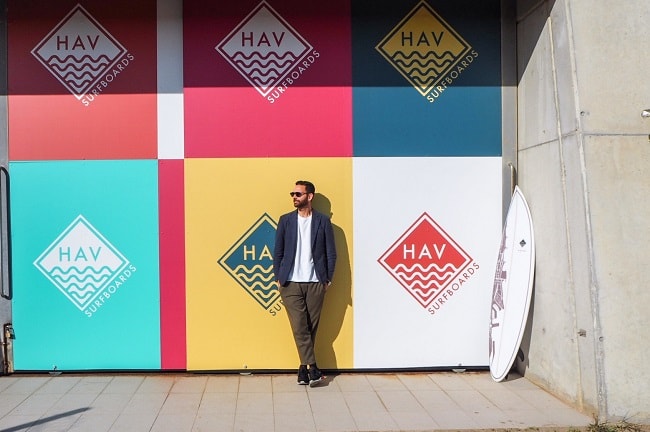 With dozens of possible exterior and interior colour combinations, the choice of the individual is at the centre with the new colourful Volvo XC40. “We wanted the XC40 to be a fresh, creative and distinctive member of the Volvo line-up, allowing its drivers to put their personality in their driveway. XC40 drivers are interested in fashion, design and popular culture, and often live in large, vibrant cities. They want a car that reflects their personality. The XC40 is that car,” said Thomas Ingenlath, Chief Design Officer at Volvo Cars. Street fashion, city architecture, high-end designer goods and popular culture were all sources of inspiration as Volvo’s design team defined materials, patterns and colour options. On the outside, a broad selection of possible colour combinations ranges from a solid, monochromatic theme to dual compositions in vivid colours that lends themselves to self-expression, while the interior options deliver a truly youthful and premium feel. New interior colour choices in the XC40 include a warm Lava Orange carpet, an Oxide Red upholstery, and a range of new and distinctive trims and materials with designs inspired by urban architecture and cartography. Natural, felt-based carpets, headliners and door inserts deliver a modern touch. 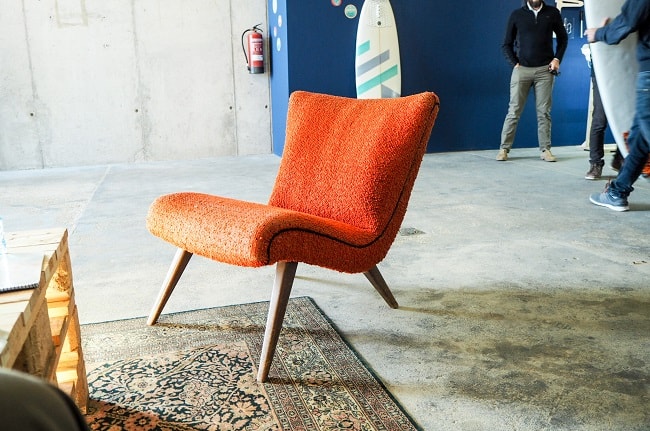 A great feature of the inside of this car for me is all the storage compartments it offers. You wouldn’t believe the trash currently sitting inside my car. There’s even a hardboiled egg from a few weeks back still sitting in its shell rolling around. However, I digress. In order to provide better storage space in the doors, Volvo designers chose a radical new approach. By moving speakers from the door and developing a world-first, air-ventilated dashboard-mounted subwoofer, Volvo created enough storage in the door compartment for a laptop and a tablet, or a couple of water bottles. A small fold-away hook has been added to the glove compartment, allowing you to secure small shopping bags. Both front seats offer a storage space under the seat, which is large enough to take a mini tablet or other smaller items. Inside also offers slots for credit cards that can be neatly inserted into the dashboard, making them readily available when needed. In the tunnel console, under the armrest, there is a large storage area with room for a tissue box and a removable bin allows you to discard and quickly get rid of waste (bye bye, hardboiled egg). 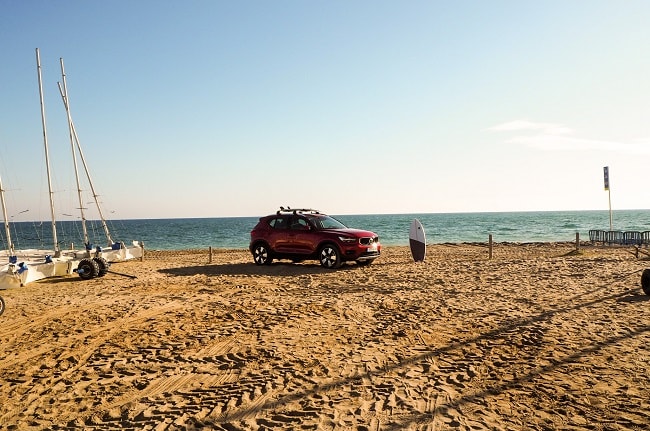 One of the biggest innovation services that this car brings is the new 'Care by Volvo' subscription service which makes having a car as transparent, easy and hassle free as having a phone: a national, ready-negotiated monthly fee, combined with getting a new car every 24 months. Once ordered you can drive away in a new Volvo without having to worry about the traditional extras such as deposits, insurances, taxes, service fees and geographical or customer age-related differences. Furthermore, Care by Volvo will offer a range of digital concierge services, such as fuelling, cleaning, service pick-up and e-commerce delivery to the boot of the car – genius! 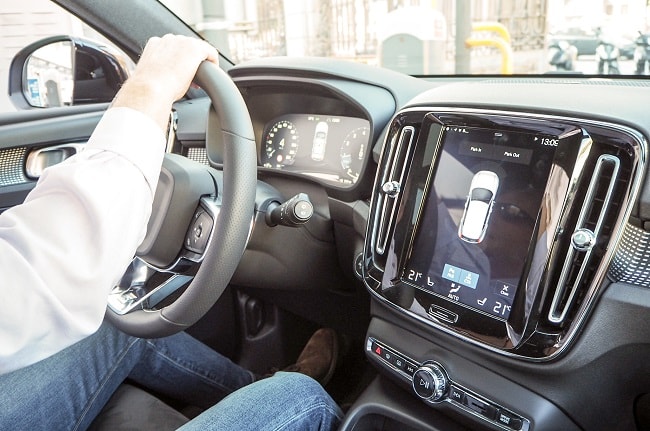 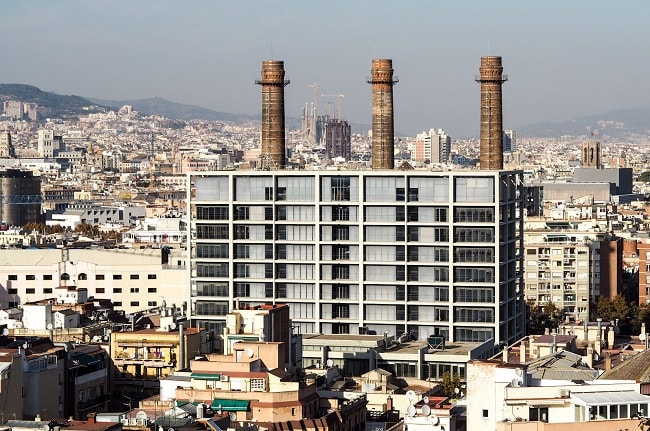 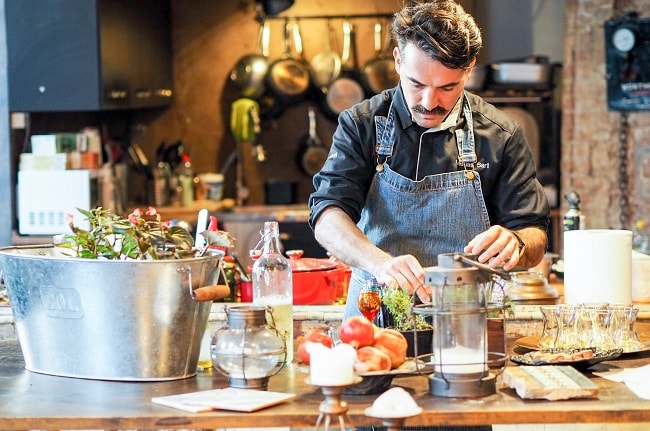 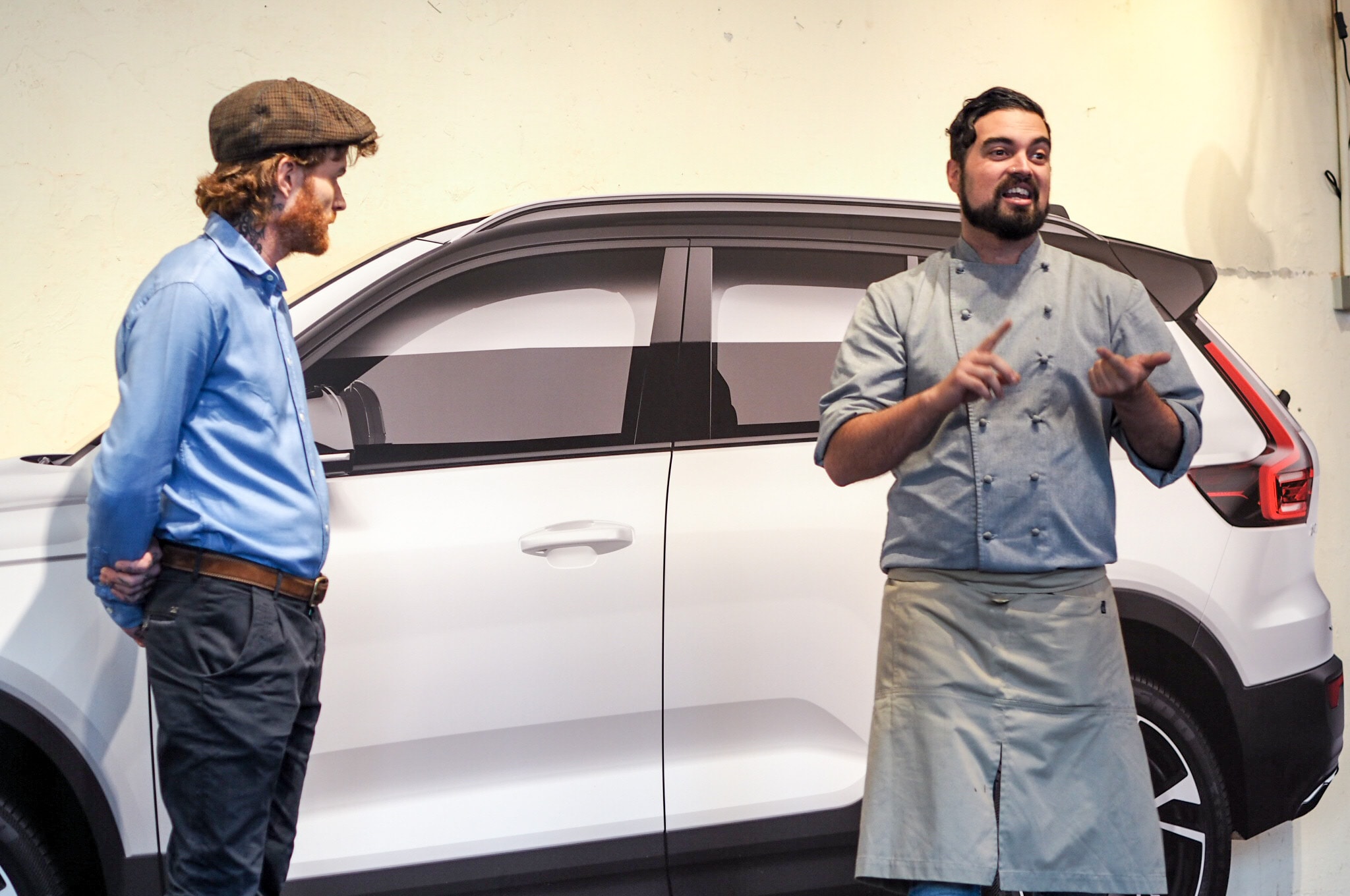