WHY TEENAGERS ARE NOW VAPING MORE 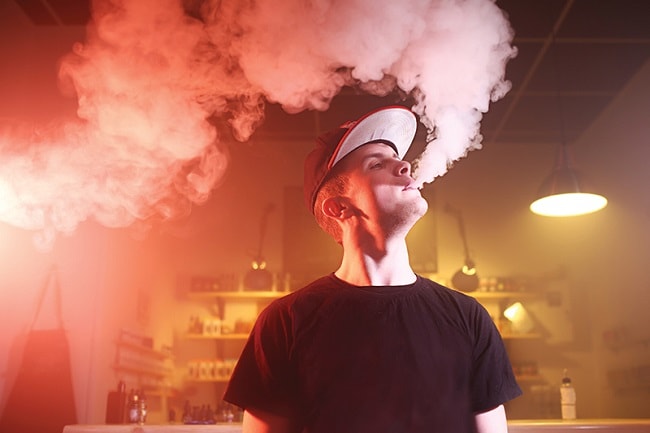 According to a recent study by the National Institute of Drug Abuse, traditional cigarette smoking has sharply declined, while the use of e-cigarettes has become more popular among teenagers and twenty-somethings in the United States. The report has been conducted by the University of Michigan and found that 16.6% of the interviewed high school teenagers had tried vaping as compared to only 9.7% who had smoked a traditional cigarette. 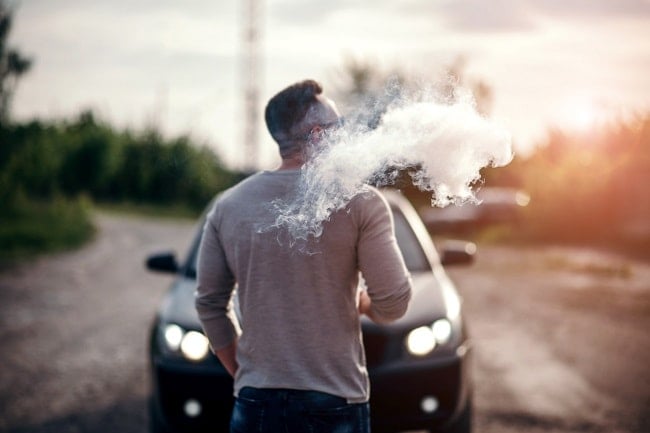 SMOKING VS VAPING: SIMILARITIES AND DIFFERENCES

Smoking: Simply speaking, smoking refers to the burning of a substance (most commonly tobacco) that produces smoke which is then inhaled or tasted. Smokers can enjoy a cigarette, a cigar, or can use an additional medium (such as hookah) to get their daily puff of nicotine. Then again, hookah can also be used for vaping as well, so we’ll leave that out for the sake of clarity. A traditional cigarette contains nicotine, tar, carbon monoxide, and it is considered highly addictive due to the excessive presence of nicotine in the tobacco-rolled paper. Smoking is banned in most public areas such as restaurants, schools, airports, and more. Second-hand smoking can lead to cancer, asthma, or a number of other respiratory ailments. Long-term smoking has been shown to cause yellow teeth, bad breath, hypertension, lower sex drive, and a number of other health issues that cumulatively can lead to an early death. 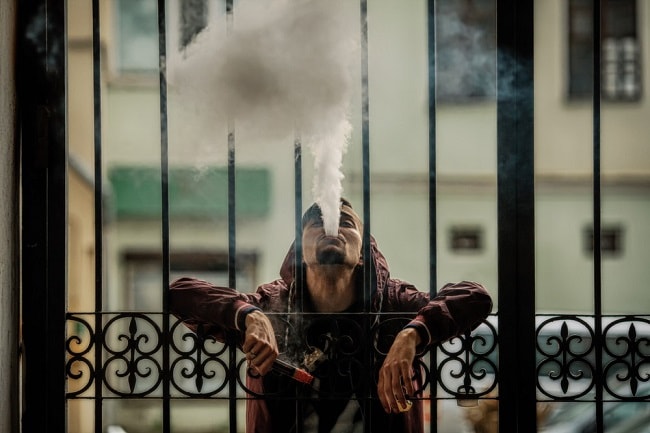 Vaping: Vaping is a practice in which a person typically uses an electronic device known as an “e-cigarette” to simulate the smoking experience without subjecting themselves to the growing health concerns of traditional smoking. Meanwhile, depending on their preference, the vaper has several of these electronic devices to his disposal, including an e-cigarette, a personal vaporizer (PV), or an electronic nicotine delivery system (ENDS). Additionally, the majority of these vaping devices consist of a cartridge (usually filled with e-liquid, more commonly referred to as vape juice), a battery, heating elements, flavours or solvents according to the his preference, and more. In fact, stores like Vaper Empire have dozens of flavours of e-juice and a handful of devices to choose from, creating a variety of options to meet any vaper connoisseur’s personal preference. The usage of electronic cigarettes is considered largely unrestricted, but there are some countries that have outright banned e-cigarettes, including Singapore, Malaysia, Thailand, and more. E-cigarettes do not contain tar, lingering odour, or carbon monoxide. There is no current evidence of harmful second-hand exposure to e-cigarette vapor, however more research is needed. Thus far, we can clearly see that smoking is more harmful, more addictive, and significantly more dangerous than vaping, so it’s no wonder that teens are choosing to vape more and smoke less. But it gets better. 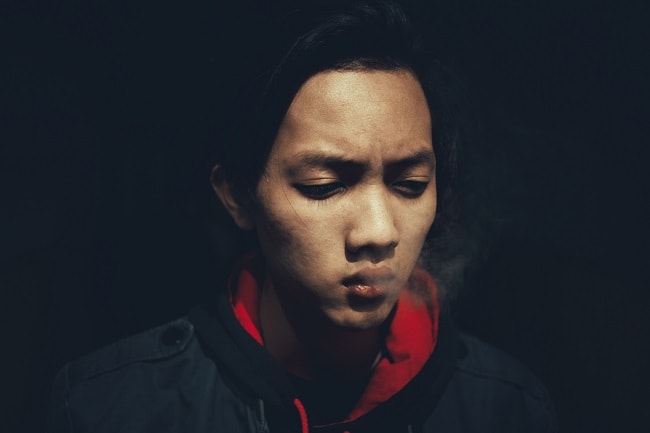 Smoking: As we stated, traditional cigarettes are very addictive and are constantly shown to have some significantly serious health consequences for long-term users. In fact – according to the same study – cigarettes are the leading preventable cause of death in the United States alone. Additionally, cigarettes are known to contain a substance called “formaldehyde”, which is very harmful when inhaled, ingested, or otherwise applied to humans in large doses. This substance has also been shown to be present in e-cigarette vapor as well, but in smaller quantities when compared to a traditional cigarette smoke. As of now, further evidence is needed to determine whether or not the formaldehyde found in e-cigarette vapor is deemed safe to inhale. To summarize, smoking traditional cigarettes can lead to the following medical conditions: Various forms of cancer (throat, mouth, lung, bladder), Bronchitis, Bleeding gums, Impaired physical and athletic ability, Hypertension, Cardiovascular disease, Ear infections, Tonsillitis. Finally, research has shown that exposure to a second-hand smoke (also known as environmental tobacco smoke or ETS) can be just as dangerous as smoking itself. According to the same study, there is no safe level of exposure to secondhand smoke. 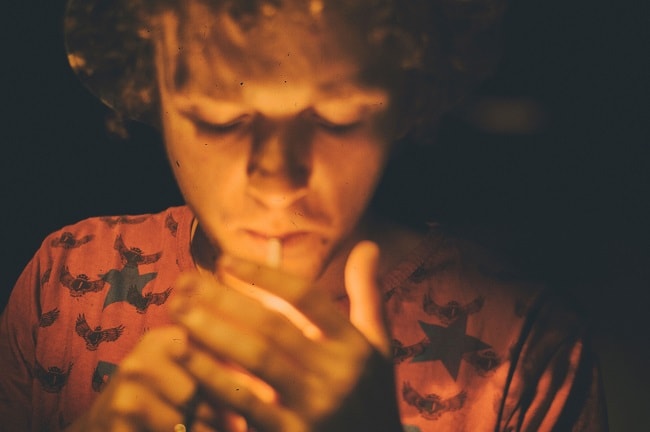 Vaping: There is no evidence to show that long-term vaping could potentially lead to serious health concerns for e-cigarette connoisseurs. What’s more, vaping is considered a much safer and healthier alternative than traditional smoking. In fact, a recent longitudinal study from Dr. Maciej Goniewicz et al has proven that e-cigarette vapor contains far less toxicants and carcinogens in comparison to classical tobacco smoke. The researchers measured 17 tobacco markers in the urine samples collected from 20 smokers. The biomarkers were collected prior and after a switch from smoking to an e-cigarette pen has been made. Some of these markers included: eight volatile organic compounds (crotonaldehyde, 1,3-butadiene, acrolein, benzene, acrylonitrile acrylamide, propylene oxide, and ethylene oxide), several polycyclic aromatic hydrocarbons (phenanthrene, fluorine, naphthalene, and pyrene), and more. The results showed a significant decrease in all biomarker levels (except two) after the participants switched from smoking to vaping. Dr. Maciej Goniewicz then concludes that switching from tobacco to electronic cigarettes substantially reduces the amount of carcinogens and toxicants in the body, which clearly shows that e-cigs are the safer alternative to smoking. This is yet another proven variable that could potentially explain why teens are preferring vaping over smoking in the long run. 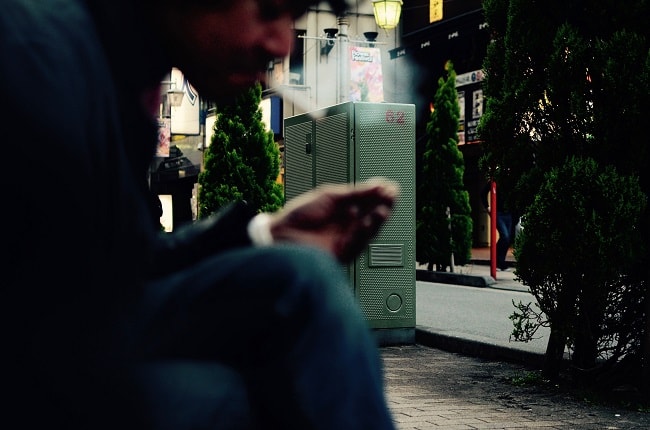 Smoking: The price of smoking varies depending on your city, the brand you smoke, and the quantity of your smoking as well. However, in order to simplify things a bit, we’re just going consider the average cost for smokers who buy at least one pack of cigarettes per day. According to original research, the average cost for one pack of Marlboro comes in at $7.26 (ranging from $4.98 to $13.50 across a number of countries in the United States). For individuals who smoke one cigarette pack per day, this surmounts to a sub-total of about $2,650 of average cost for a full year of smoking.

Vaping: A simple e-cig starter kit costs about $39.95, and it comes with 10 e-juice cartridges as well. An additional five-pack cartridge bundle comes in at $9.95. If a vaping enthusiast uses two cartridges per day, they’ll blitz through 730 e-juice cartridges in a period of one year. This equals to approximately 144 five-pack cartridge bundles (minus the 10 cartridges included with the purchase of a starting kit) in a year, for a total cost of $1,433. That’s a sub-total of $1,473 for a full year of vaping (down to the nearest cent). Taking all of these factors into consideration could very well be the reason why teens are choosing to use e-cigarettes instead of the more dangerous, more expensive, and less-healthy alternative that is the traditional tobacco cigarette.

For those of you who have the habit, do you...