IN CONVERSATION WITH KILLIAN CROWLEY

WE SPEAK TO THE CHEF DE PARTIE AHEAD OF S.PELLEGRINO'S GRAND FINAL OF YOUNG CHEF OF THE YEAR 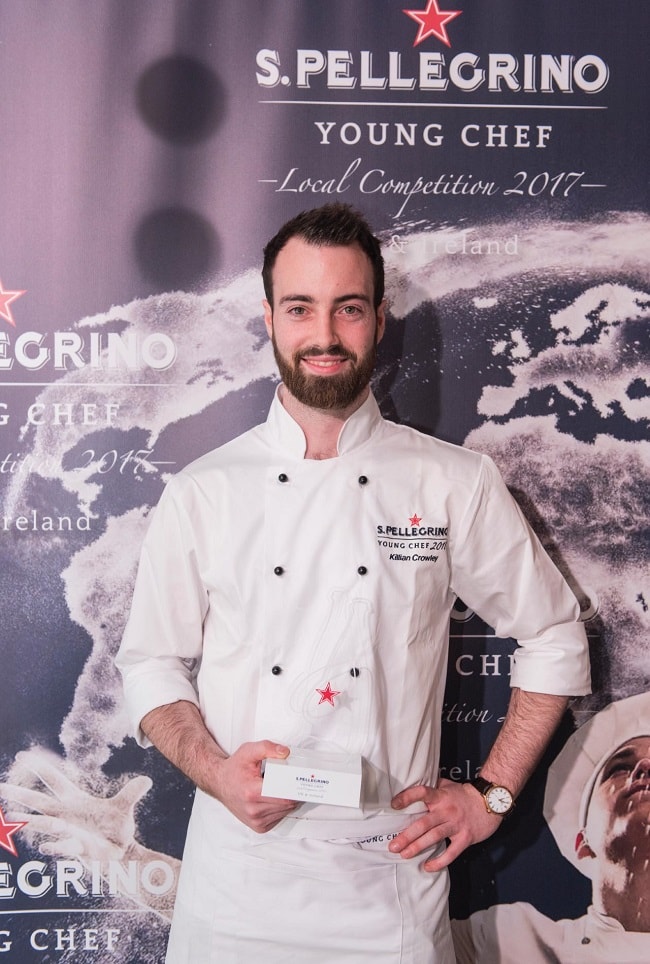 For a selection of the world's best young chefs (aged 30 or under), this weekend may prove to be one of the most important times in their career. After a tough few preliminary rounds throughout last year, the Young Chef of the Year competition will finally come to an exciting close in Milan over 11th-13th May. Back on 20th November, MenswearStyle were kindly invited to the regional finals for UK and Ireland of the S.Pellegrino's Young Chef of the Year at Aveqia in the centre of London. It was a fantastic event to be a part of, being able to sit and watch the talented chefs create incredible dishes live in front of the four prestigious judges. This is not just any competition, the judges included Michelin star Angela Hartnett and Alyn Williams (who would continue on after this round to become the winner's mentor for the Grand Final). Each of the ten regional finalists were judged according to the five 'Golden Rules' of the famous Italian international education and training centre, the ALMA. The categories the judges had to consider were; ingredients, skill, genius, beauty and message.

There were some spectacular dishes presented to the panel of judges, and visiting press, on the night with every delivered plate enticing everyone to take out their smartphones for the perfect Instagram-worthy shot! At the end of each dish, the chefs would come forward to explain their choice of ingredients and inspiration behind it. Whilst the judges deliberated at the end of the evening, we all discussed our favourite dishes and it was clear that choosing a winner was going to be an extremely tough decision to make. However, there was a stand-out course on the night and the judges came to the unanimous conclusion that the winner was Ireland's Killian Crowley. This talented chef de partie from Michellin-starred Aniar in Galway produced a beautifully simple and delicious dish of turbot, kohlrabi and sea purslane. Killian will now be taking this dish with him to Milan to compete against 20 other international Young Chefs and prove to the 'Seven Sages' panel that his is worthy of the title. Since the competition in London, MenswearStyle had the opportunity to catch up with Killian to talk to him about the process and his winning signature dish. From the calibre of chefs and the standard of food produced in the regional final, there is no doubt the competition will be extremely tough in the Grand Finale in Milan. Saying this, I have no doubt that with the culinary skills and passion for the craft from Killian - under the guidance of the Westbury's Alyn Williams and Murano's Angela Hartnett - he has a strong chance of being chosen as Best Young Chef in the World. 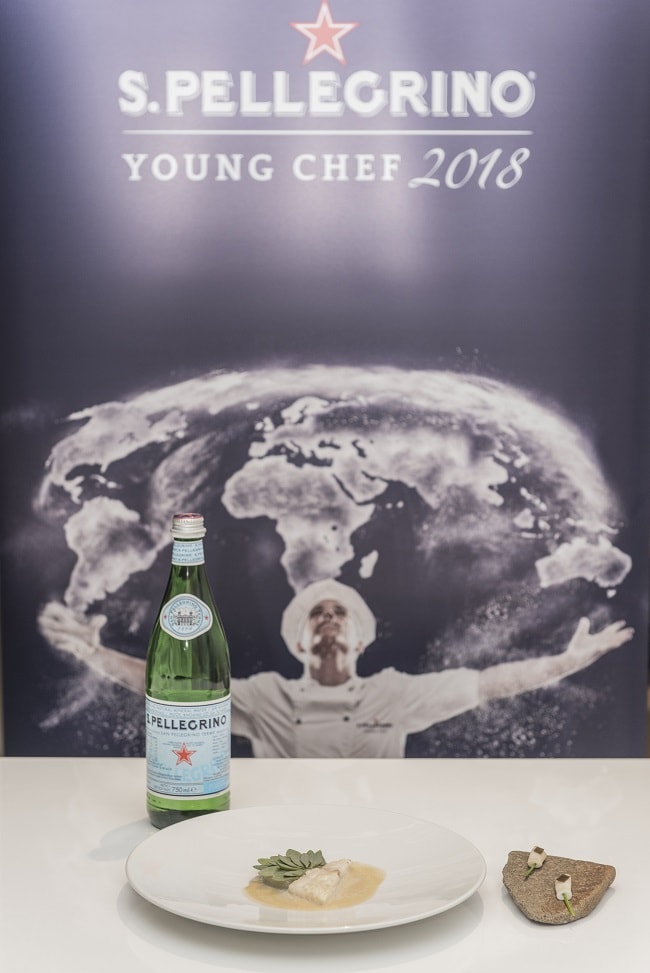 Congratulations Killian on getting through to the Grand Final of Young Chef of the Year! Could you explain the process as to how you reached this stage?

“Thank you very much. It’s straight forward - you apply through the S.Pellegrino website with your CV and recipe, then if it’s good enough to be chosen, you go through the semi-final in London. If you win the semi-final you go to the global final in Milan, representing Ireland and UK.”

How long have you been a chef? Was there anything in particular that made you choose this path?

“I started cookery school in Belgium when I was 15 years old. I’m 25 now so we’ll say 10 years. I started to work in the kitchen when I was 16 during my days off. I really love food and sitting around a table to have food. In the kitchen environment, I found everything that I needed at the time: structure, discipline, respect and expressing yourself through learning how to be proud of who you are and what you do. It really was a school of life for me, and at the same time I was learning a craft. I was really fortunate to know from a young age what I wanted to do.”

What do you find most challenging about being a chef?

“I thought cooking would be, but actually it’s not, that’s the fun part. I really enjoy learning everything related to food from the history of a plate or the real origins from an ingredient. I believe the most exciting time is when you are out of your comfort zone. I really enjoy the challenge, it’s really hard to keep yourself outside that comfort zone, to make sure you are constantly progressing. Building yourself up as a chef and sharing with people are all really important. The recipe is not a big deal anymore.” 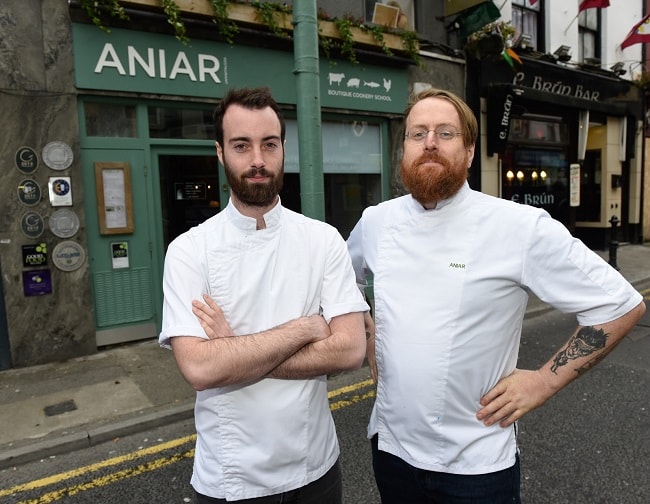 You work at the Michelin star Aniar in Galway. What made you decide to work in Ireland?

“Well my Dad is Irish and being from the continent all my life, I had never heard of Irish food before, so I thought I would have a look. What I found here was the best kept secret. Amazing people with incredible produce and stunning areas all over the country. Ireland has nothing to be ashamed of, compared to other great nations of food. Working at Aniar with JP McMahon helps a lot in terms of produce, and sustainability. He taught me a new approach to food, which is very important. It’s easy to make a decision to work with someone, but the real question is what makes you stay? Usually it’s simple things - respect and people. JP understood that before a lot of people. As a chef, and hopefully one day, entrepreneur, that is the basic you need to have.”

You created a beautiful turbot dish for your chosen plate, can you explain where the idea came from?

“I live in a stunning city called Galway. You don't need much here to get inspired, you have everything. Mountains, rivers, fields, the ocean… my dish is based on the best produce I could find in Galway. Oysters from Connemara, wild line caught turbot from the Atlantic, seaweed and sea vegetables from the Irish seashore and a beautiful kohlrabi from the garden. That’s all you need.”

How are you feeling about the international Grand Finale? Do you feel confident with your final signature dish?

“I’m really excited and very lucky to be part of it and wearing the Irish flag in an international food competition. When you do a competition like this, you go for the win. My goal was to win Ireland and the UK and the rest is only a bonus and an opportunity for the Irish food scene. I have a lot of support from everywhere. The Team in Aniar is fantastic, they push me a lot. JP gives me a lot of freedom to practice and a lot of advice too. It’s amazing for me to be surrounded by so many great people!” 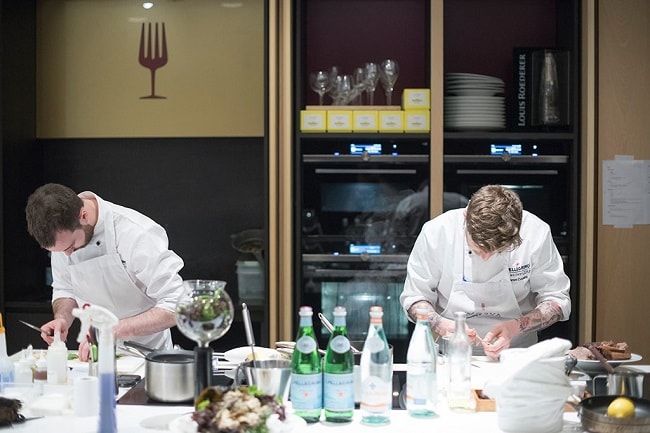 What advice has your mentor, Angela Hartnett, given you?

“She’s amazing! She helped me a lot and found the right words to correct me and make the dish better. I’ll do the dish the way I have been doing it for nearly a year now. No time for regrets, I’m here to focus on the objective and make it happen.”

When you won at the London UK and Ireland final, Angela called your dish 'simplicity at its best'. Do you tend to follow the less is more rule when you create your dishes?

“Yes, I really like that. It’s easier to cook, easier to understand, and easier to teach. The hard work is done with the sourcing of the produce. It’s like everything in life, simple but good - probably an Irish way to think.”

How do you think you will celebrate if you win?

“If I win or not, I will spend my time, as usual, surrounded by great people - all the people who were behind me to support me! I win from the experience more than the victory itself.” 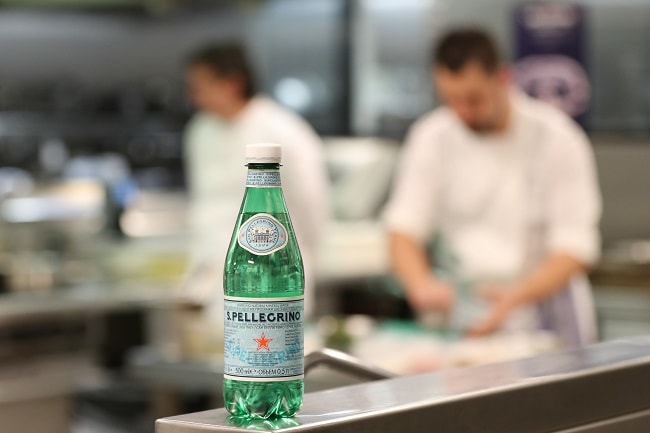