IN CONVERSATION WITH LOUIE THRELFALL

AGE BEFORE BEAUTY IS COMING TO BBC ONE THIS SUMMER 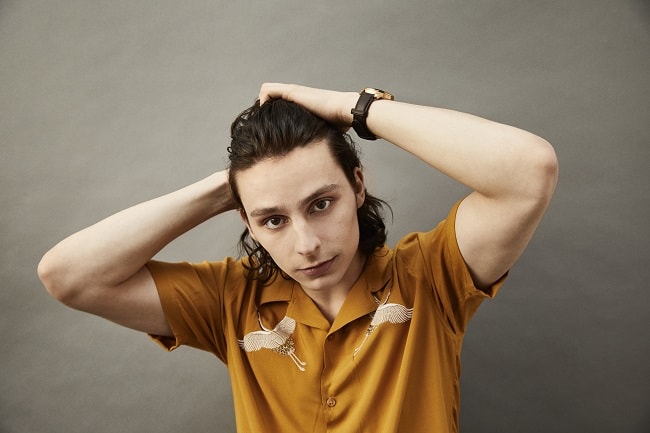 This summer sees a new flagship BBC One drama coming to our TV screens. Already being tipped as a hit series, the hype has started amongst critics as it is the next project from Debbie Horsfield: writer of the award-winning programme Poldark. Don't expect post-revolutionary action and adventure with Aidan Turner riding around on horseback as this time Horsfield has written a more modern storyline; revolving around the lives of a dysfunctional family who own Mirrorbel Beauty Salon in the Northern Quarter in Manchester. Exploring the challenges of youth, age and long-term relationships, the six-part series comes with some very familiar British TV actors and actresses including Robson Green, Polly Walker and Lisa Riley. There are also some fresh faces on the scene and MenswearStyle had the opportunity to interview one of the stars, Louie Threlfall.

Recently graduated from theatre school, Louie has taken on the role of Tyler: a true Mancunian, Tyler has found his own sense of style at the young age of 19 which leads him to follow his passion and study fashion in Leeds. As the storyline develops, Tyler's strong relationship with his working family becomes increasingly evident and even has an impact on the outcome of his family's future. Aside from their own business and personal struggles, Louie's character has his own challenges to deal with, including discussing his sexuality. Speaking to the young actor, it is clear just how much Threlfall enjoyed filming this intriguing and humbling series. He has come fresh out of the blocks from studying acting at school and has already gained a respected amount of experience from appearing on the stage, in shows such as David Copperfield and Richard III. To go straight into a BBC series must be quite daunting, especially considering his fellow cast, however Louie appears to have taken it all in his stride and we look forward to seeing how he progresses and, of course, where the storyline leads. 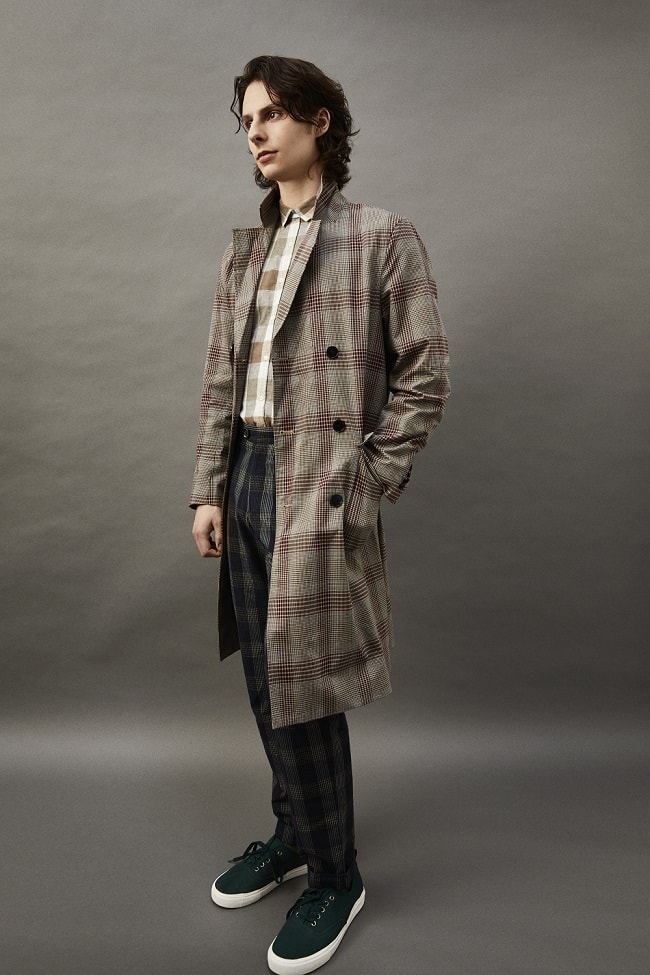 You are about to play 19 year old Tyler in a new BBC series, could you tell us more about your role in Age Before Beauty?

“As the series begins, Tyler is on his way to study fashion in Leeds. He’s Manchester born and bred, and has spent a lot of his life helping his mother, Belle’s (Polly Walker) business at the Mirrorbel Beauty Salon in the Northern Quarter. Tyler is probably what you would call a Mum’s boy. When he’s back down in Manchester, he’s spending a lot of time helping out the family business. He shares a close bond with his twin sister Lexie (Lucy Polgar), they share everything together. His relationship to his aunties, in particular tattoo-artist Tina (Lisa Riley), goes through bigger journeys. Lexie and Tina are close enough to him that he can talk with them about his lifestyle and relationship advice with boys. It’s not something that he discusses often with his parents, even though they know he’s an openly gay man. Tyler comes more into his own as the story develops.”

What has it been like working with such a well-known British TV cast?

“I’m going to out myself here: I didn't have what you would call the best foreknowledge of the body of work which some of our cast had achieved. I felt a bit silly during our first meet in rehearsal when I asked Lisa if she had done a lot of soap television in the past. She was so polite about it though and we’ve laughed ever since. If we were having a tiring day, you could bet that someone would do or say something that would start a chain of hysterical laughter.” 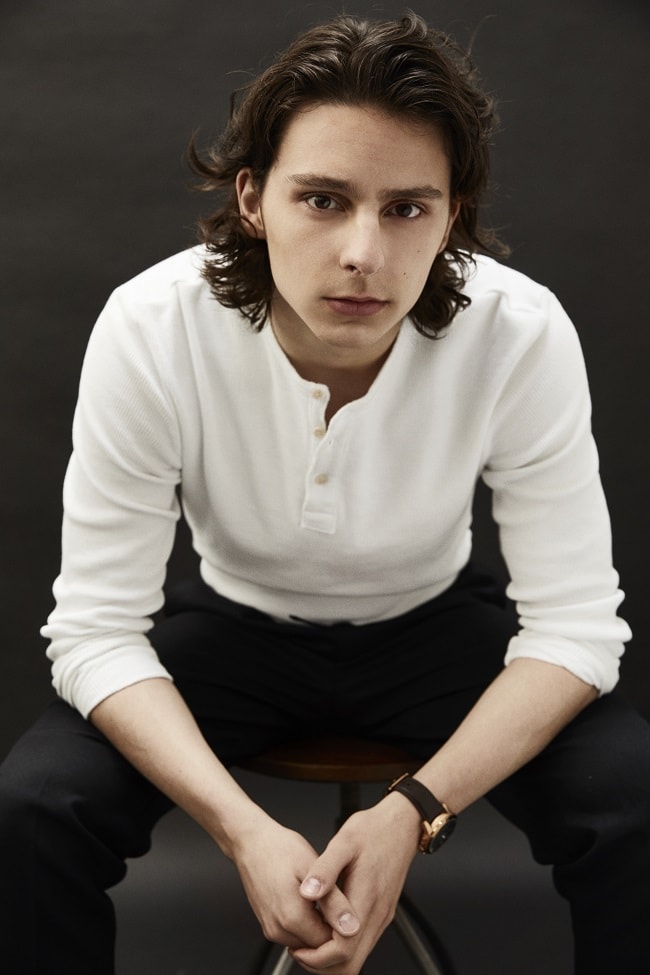 Has anyone in particular in the cast offered you any acting words of wisdom?

“Lisa gave me a lot of invaluable advice on how to live life in the business as happily as I could. I would be doing a scene opposite her, we’d walk away and she’d say 'See? Not so bad was it?' That meant a lot, because you can make a big deal of what you’re doing in your head but it’s better to relax and have fun. Struan is an absolutely amazing guy. It was easy to sit and chat to him between scenes. Sometimes if I felt confused about something in or out of a scene, he'd simplify it for me in a heartbeat. At some point, every one of them taught me a lesson. They were all great.”

Where does your love of acting come from?

“It’s as simple as when I was really young, I just liked performing. As I grew and evolved so did my love for acting, but it developed into an appreciation of telling stories and having them told to me - the way they made me feel and how I wanted to give that feeling to others. I once met an employee at a museum in Manchester, she told me how much she appreciated actors because they have 'the power to change the way people think'. It reminds you of the importance of the arts. Cinema became a big influence on my interest in the craft. At some point, quite early on in my life, I just knew that I was driven to tell stories, anything from freeing people of concern to showing them a dark side of the human condition. It can be a really fulfilling job. I once heard someone describe this profession as 'addictive'. They weren’t wrong.” 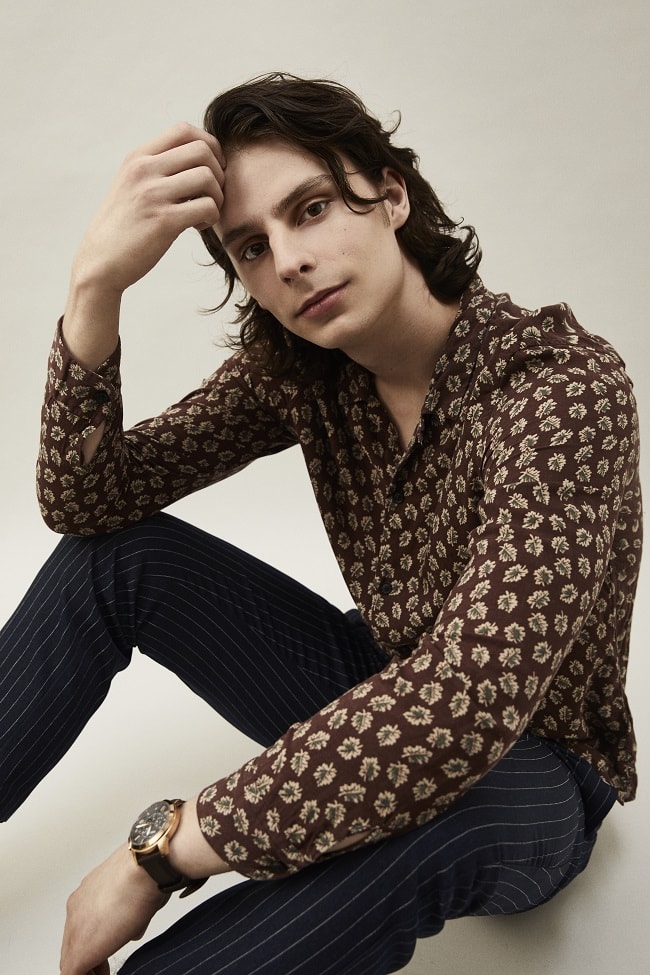 Your character, Tyler, is really passionate about fashion, does that ring true in your day-to-day life outside of acting?

“I wouldn’t say I have the same level of passion as Tyler does. But I do like how fashion works and the way that, much like with acting, it’s never finished. My friends will definitely attest to my comfy days (which are most), when I’d literally just walk out in a baggy shirt, sweat trousers and sandals; especially on hot days like we’ve had recently. Not to say I don’t pay attention. I know for certain that I got to wear clothes that I wouldn’t have touched in a million years in real life on this show. Not because it wasn’t stylish, on the contrary, it was on this show I learned that mustard yellow is my colour. I suppose I’m not necessarily one for skinny jeans or tight-fitting jackets that don’t reach my waist, not in my day-to-day life. But the clothes I wore for Tyler helped me very much in the process of discovering who he was. Garments are so important to transform, they just give you a physical sensation different from your own, which is invaluable help.”

The show has been predicted as a new hit series, do you agree? If so, why do you think that is?

“I certainly hope it will be! I’ve seen the first episode with cast and crew and it looks fantastic. I give most of the credit to Debbie, she is the creator after all. She’s created such a brilliant world that we all recognise, even when it has occasional fun forays into the fantastical. There are a few surprises which I’m very excited to see what audiences think of. The visual style is just gorgeous - before anything even touched the screen in post-production, the colours popped like nothing else. It’s hard to sum up any project’s total worth, but it has pretty much everything you would ask for, from the fun moments to the dark ones. I feel like it’ll appeal to a lot of people, it’s a timely story.” 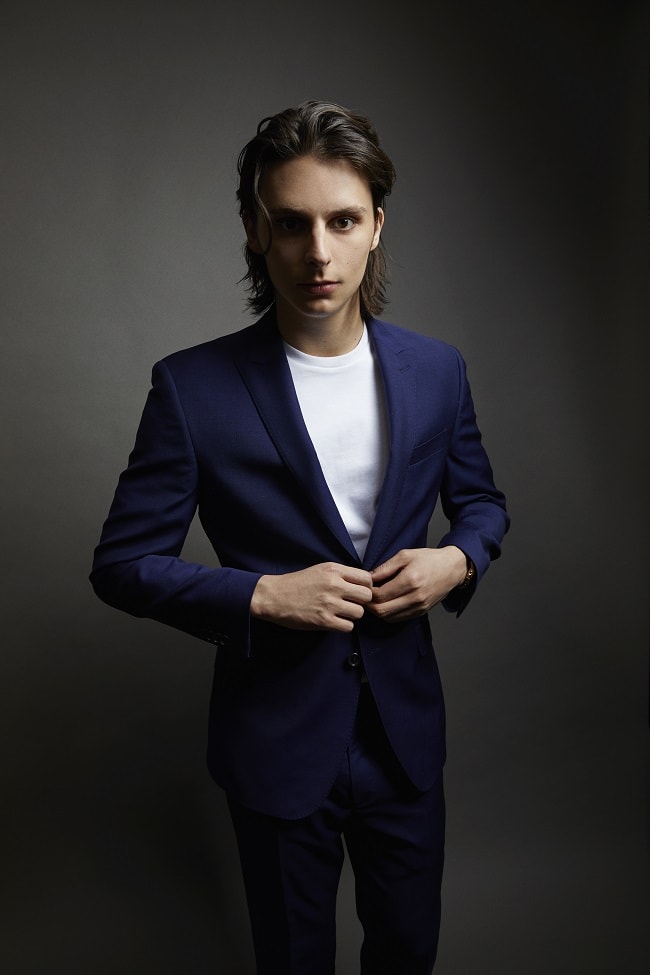 Debbie Horsfield famously wrote Poldark, do you feel there is any pressure to stand up to her previous successes?

“I don’t think anyone should feel any pressure in that sense. The show stands on its own as good television. Our wonderful and omniscient director, Paul Norton-Walker, has a brilliant understanding of Debbie’s writing and seemed to know precisely how to translate it to screen from the start. Artists and creatives tend to compare their current work to their past projects, as is only natural in the pursuit of perfection, but I think we all knew what we were doing and where we were going with it very early on.”

You have played some interesting roles out on stage, do you have a preference for theatre or TV?

“I have so much love for both, each for different reasons, all of which I won’t be able to list here. On stage, if you feel like one performance wasn’t very strong, you have the opportunity to try again the next time and keep working on it. It’s a long-term process working on the same play every night and keeping it fresh, playful and truthful. On screen, the camera doesn’t lie. If you show it anything inauthentic, there is a very high chance the viewers will see it. The fun, and sometimes tricky part of that is adjusting the work to be even more grounded, or at the very least to be not as dramatic. The techniques on how to navigate a scene differs on the stage too.” 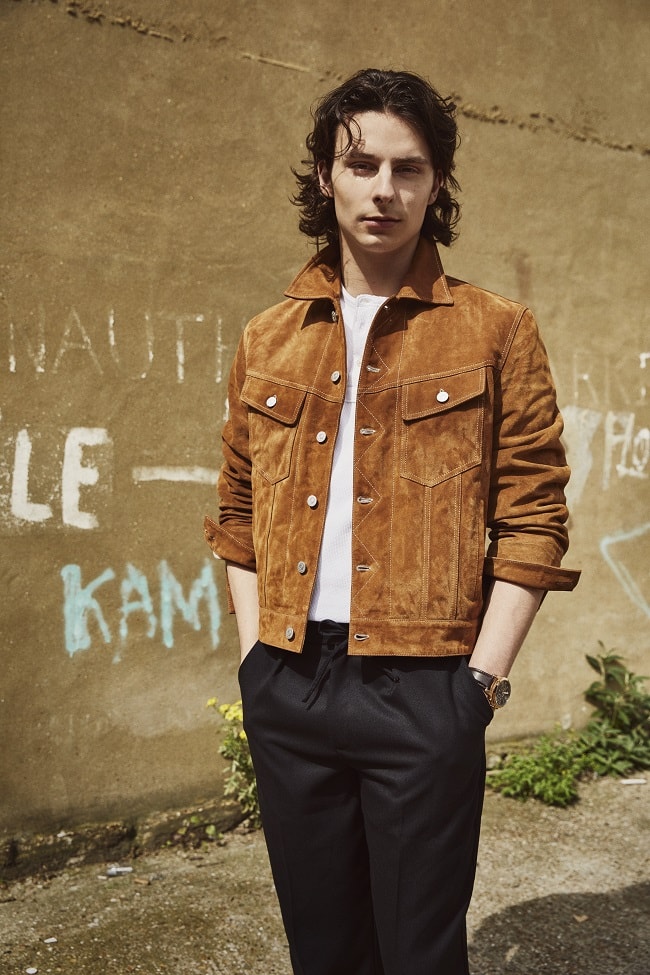 What would be your dream role to play?

“I love to transform. I have even more fun the more I get to play around with a character that is really far away from what you’d maybe expect of me. I’ve been lucky enough to be able to throw myself into some demanding roles in the past. Those are the dream roles to me. Full disclosure though, I do dream of performing in historical theatres like in Stratford Upon-Avon and in London ones like The Old Vic. The stage is admittedly one of my favourite places to be. Oh yeah, I would also love to be an Avenger. Jack Sparrow needs a prequel. Does Kylo Ren need a son? Hit me up Disney.”