SOMETIMES, LESS IS MORE, AND FORMER RUGBY INTERNATIONALS BRIAN O’DRISCOLL AND LAWRENCE DALLAGLIO CAN TESTIFY TO THAT 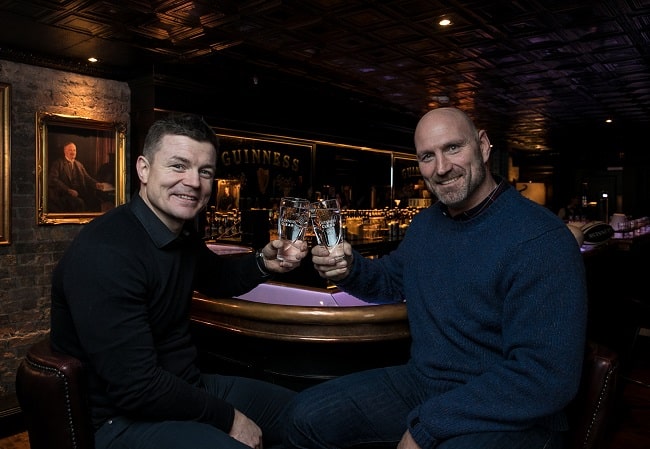 The Guinness brand has launched its new global responsible drinking campaign to encourage moderation amongst the millions of adult fans that will be watching and enjoying the 2019 Guinness Six Nations kicking off this coming Friday, 1st February 2019. The team behind Guinness knows there’s nothing better than spending time with friends and enjoying the rugby with a pint of the black stuff in hand but are also aware that sometimes, less is more and swapping Guinness for water or choosing not to drink alcohol at all should be celebrated. To this end the Guinness team has launched a new tongue-in-cheek product - Guinness Clear. Guinness Clear is 100% H20 and available from all good taps nationwide. Guinness is rebranding water as Guinness Clear to make ordering water an active and positive choice.

Former Irish international rugby player Brian O’Driscoll and former English international and World Cup winning rugby player Lawrence Dallaglio were at St. James’s Gate to launch the #GuinnessClear campaign and encourage all rugby fans to drink responsibly throughout the Six Nations by drinking Guinness Clear to moderate their drinking choices. Guinness Clear will be treated just like any new Guinness beer with a new TV ad going live in GB & Ireland. There will also be a social media campaign along with a heavy presence at Home Nations’ stadiums, including branded water fonts and Guinness Clear sampling teams giving water to match day goers. By drinking plenty of water at a social occasion, the body is kept hydrated and it helps people to moderate their drinking. Water is a positive choice and should be celebrated. 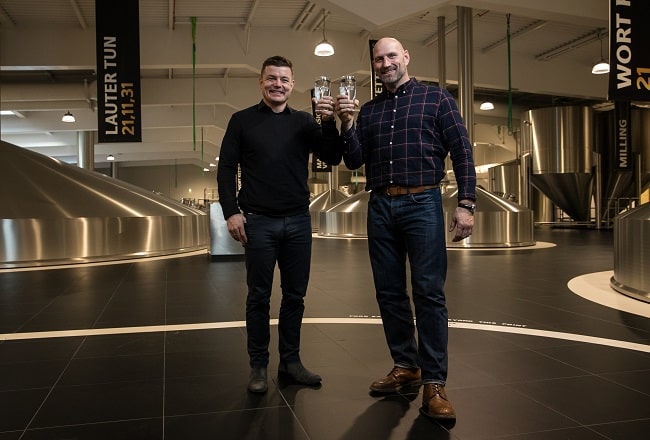 Speaking at the launch of Guinness Clear Lawrence Dallaglio said: “Guinness Clear is a positive initiative with a great message, it engages with people and sports fans alike and reminds people to have fun while at the same time being aware of responsible drinking. I’ll certainly be mindful of it myself as the Guinness Six Nations kicks off.”

Mark Sandys, Global Head of Beer, Baileys and Smirnoff at Diageo also added: “At Guinness, responsible drinking is something we take very seriously. With the launch of Six Nations we wanted to ensure we delivered this important message to sports fans in a compelling way and so Guinness Clear was born. We think the light-hearted approach delivered through our product launch will drive conversation and put responsible drinking to front of mind throughout the Six Nations and beyond. We want to make sure that ordering water, no matter the context, is an active and positive choice by the millions of fans who will be watching and attending the Six Nations over the next six weeks” 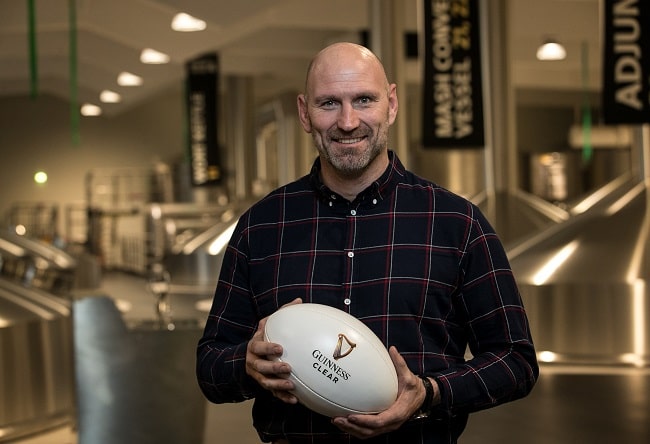 The Guinness Six Nations 2019 kicks off this coming Friday in Paris for an encounter between France and Wales that sets up a very exciting weekend of rugby with Ireland taking on old rivals England in Dublin, and Scotland taking on Italy at BT Murrayfield – a weekend that is bound to whet the appetite for the Championship that lies ahead!