HOW TO COMBAT YOUR FEARS AND IMPROVE CONFIDENCE 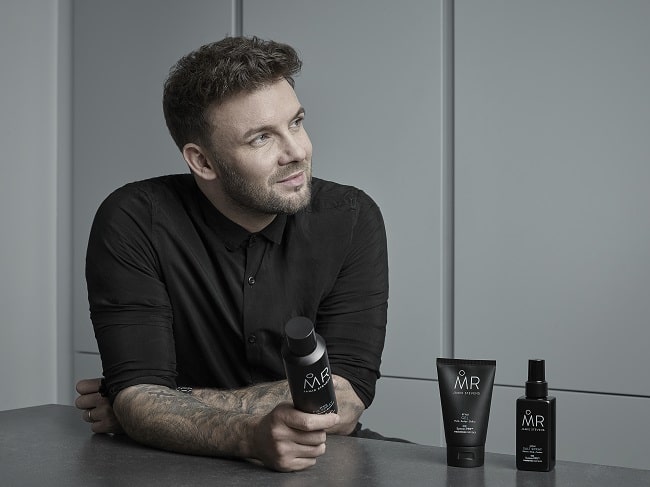 Celebrity hairdresser Jamie Stevens is 3 times winner of British Men’s Hairdresser of the Year and his clients include Leonardo di Caprio, Hugh Grant, Olly Murs and Calum Best. As founder of the MR. range of products for men’s thinning hair, who better to give us some tips and tricks. "As a hairdresser, I see first-hand the effect hair loss has on men’s confidence - we did a survey of 2000 men in which they said they’d rather have a small penis, be cheated on by their partner or have their whole internet history made public than lose their hair." The survey also showed that a fifth thought that thinning hair would make them less attractive, and a quarter are worried that it makes them look older than they are.

Hair loss is a big concern and causes real fear and anxiety for a lot of men, whether they care to admit it or not. "As someone who has thinning hair myself, I hope that getting men talking about the issue will stop them suffering in silence whilst also addressing how prolific and serious it can be for self-esteem and confidence." 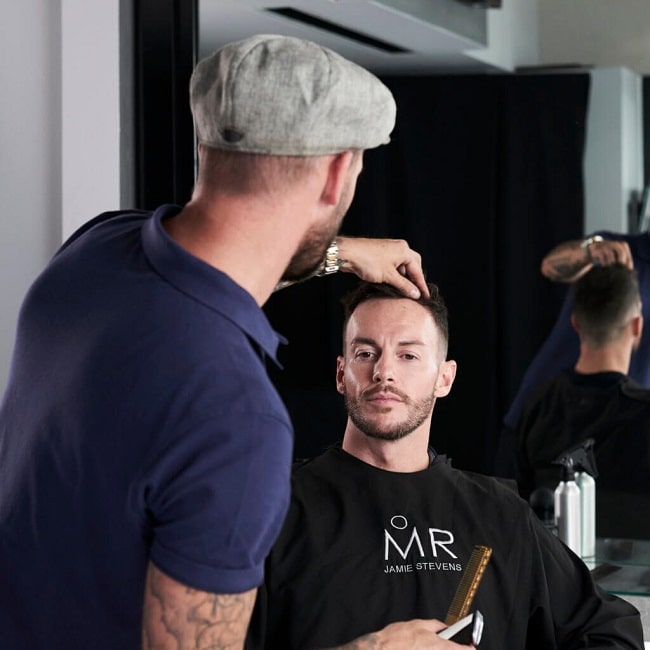 It’s super common, one-fifth of all men will experience some sort of hair loss by age 20; 25% of men start going bald by age 30, and 70% of men at some point in their lives will be affected by male pattern baldness. If you start early, there are products that work to delay the effect of thinning hair and to cover up if a transplant isn’t financially viable. There’s no rule about when to shave your head and there’s plenty of options for men with thinning hair. "Clever haircuts can make hair look thicker, and both hair fibres and disguise spray will cover a balding spot really effectively, so shaving the head isn’t actually a necessity." Hair plugs and a hair transplant in Turkey are both more expensive but long term options for men who really don’t want to be bald. However, there does come a point with hair loss when shaving is the best option, but some men go too early - "Prince William is a good example, I don’t think he needed the buzz cut as soon as he did." 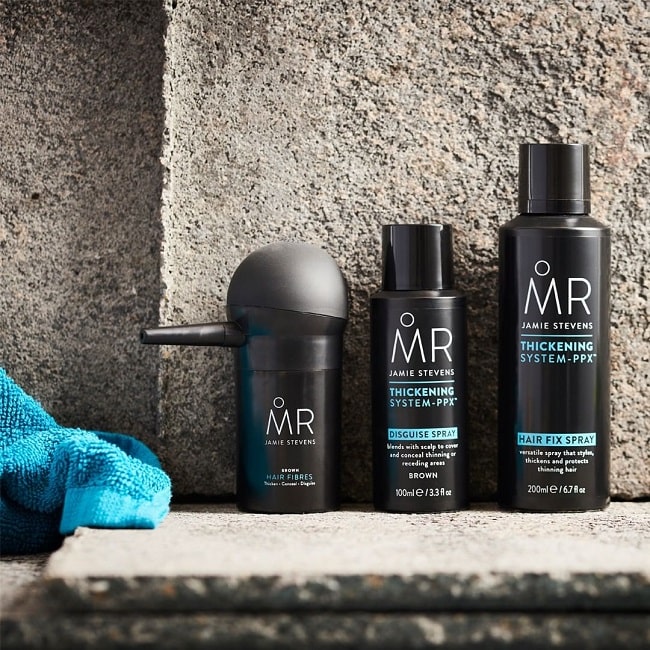 Male pattern baldness ranges from completely losing all your hair, to just receding or thinning in certain areas. Genetics affect different areas of the hair. The top area of the hair will thin and fall out, but the gene that affects the hair below the recession and occipital bone (known as the 'Friar Tuck' area) means this doesn’t thin or fall out in tandem with the top. "My advice is; if seen early enough there are some great products out there to really make a difference - starting treatment early means you can hang on to hair for longer." Do your research, just type in 'hair loss solutions for men' on Google. MR. Jamie Stevens has been formulated specifically to thicken hair from the shampoo, conditioner and treatment to the styling products. The simple top tip for cutting thinning hair is always make sure that the back and sides of the hair is cut shorter and thinner than the top, which makes the top area look thicker and fuller. 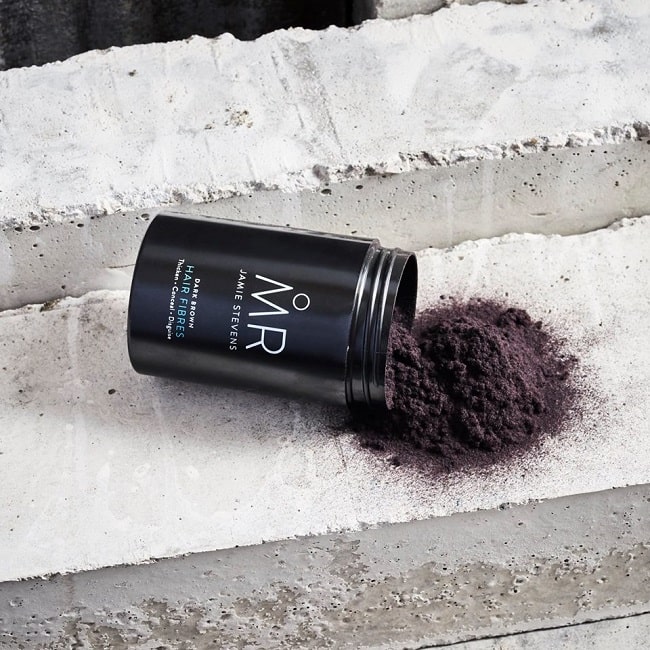 A great haircut should set out to give the thickest possible effect from the start. "We need to focus on what the problem areas are and where you can maximise the look, and what you feel the most conscious about. My 2 main go-to looks are what I feel can give the most bang for buck in terms of covering some areas and giving a thicker illusion." As a rule for hair, the shorter and blunter thin hair is cut, the thicker it will look. Longer hair weighs more and may leave more scalp exposed. "For men struggling with a receding hairline I’d opt for a French crop style taking the back and sides shorter than the top and cutting the top shorter towards the crown getting slightly longer towards the front." Here we have more options; if the recession is high, you can keep more length and work in a short on-trend fringe, keeping it choppier and more textured. However, you shouldn't have too much length in the front as it can separate and make the hair look thinner. If the recession isn’t too far back, keep a bit more length and wear it in a cool short choppy quiff. 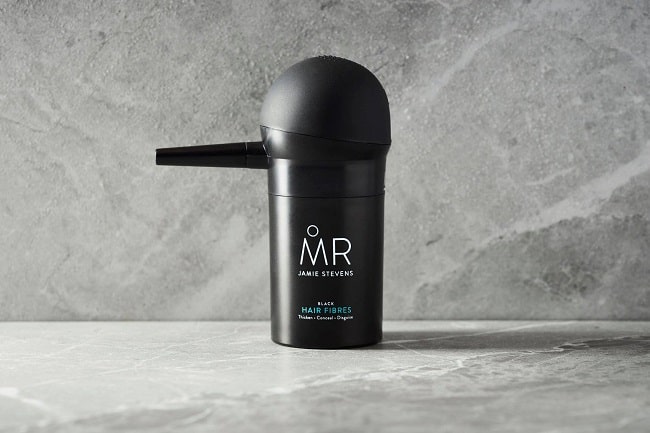 If the recession isn’t the most troublesome area or you’re comfortable with it but your hair is thinning through the middle and crown area, try a groomed-back look. This allows you to maintain the length and cover your trouble areas by styling it back. "On the sides I tend to go for a shorter fade as this helps thicken up the top visually." Styling is key here so using a good texture product like MR. sea spray will give hold and texture, allowing you to get volume in through the front that will further help to disguise the thinning areas. Set in place with a small amount of MR. paste and finish with MR fix to hold in place and ensure it’ll last the day. Try colouring; thinning hair may benefit from a different permanent or semi-permanent colour, as normally the darker hair is, the thicker it looks. "Colour also swells the hair shaft making it appear thicker. Avoid blonde though - lighter hair is much more transparent so it’ll make the hair you do have look much thinner, whereas darker hair looks more dense and thicker." 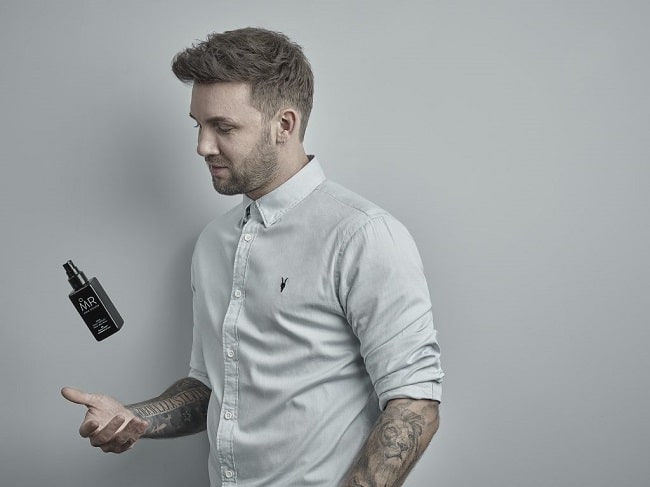 Use a spray on thickener; Two products Jamie recommends for hair that’s thinning or ‘departing’ are the MR. Disguise Spray – it’s a water-resistant spray which when sprayed on the scalp instantly disguises the light scalp thinning areas. Then there's the MR. Fibres which are coloured, microscopic shredded plant extracts which have been statically charged. These are just sprinkled onto the hair and patted down on the thinning areas, where they attach themselves to individual hair strands. "Once both these products have been applied it’s like an instant hair transplant, but the result is out of the bottle, pain-free and much cheaper." A quick tip tip for any man right now is not rub your hair with a towel when its wet as thin hair is more fragile and prone to break (just pat dry instead). Also, change your pillowcase to a silk one, as this causes less damage to the hair as you get less friction when you sleep. Also, don't overload with finishing products. Hair will always look thinner when it's wet compared to when it's dry, so avoid wet gels or waxes. Pastes and clays are best as they’re more matte.