HIS CONTRIBUTIONS SET HIM APART FROM OTHER DESIGNERS OF HIS TIME 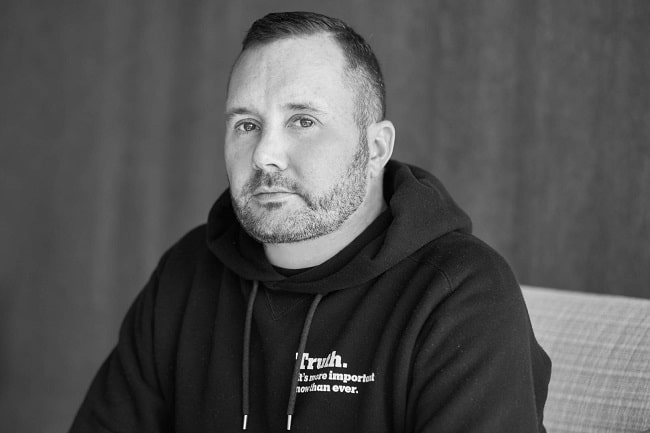 Man of the moment Kim Jones has not long unveiled his latest Dior Homme collection in Paris, and he’s already being hailed as the visionary that Dior needed. After his surprising departure from Louis Vuitton, there was no clear path for the designer at any brand. That is – because he was in high demand from all of them. The likes of Burberry and Versace were all supposedly in talks with the fashion icon. Finally, he settled, rather impulsively, with Dior Homme. He cited one of the main reasons as the fact he just “wanted a change”. Not someone who’s ever been comfortable with conformity, Kim Jones continues to push boundaries in both the collections he releases and his own personal style. He’s long been a fan of streetwear, though you should never call it that in front of him.

His dedication to the industry hasn’t exactly been subtle, thanks to his work with an array of brands and designers since his early 20s. He was awarded twice the Menswear Designer of the Year by the British Fashion Council for 2009 and 2011, both for this work at Dunhill and for his own label. Furthermore, in 2018, he was honoured with The Fashion Awards’ Trailblazer, a recognition of his work in regards to his “always-on cultured zeitgeist”. His love for travel stemming from when he was a child (having lived in Botswana, Ethiopia, Tanzania, Kenya and the Caribbean) has clearly inspired his work as a fashion designer. In fact, he frequently confesses his love for Africa and admires the work of conservationists and wildlife photographers who inspire his pieces. 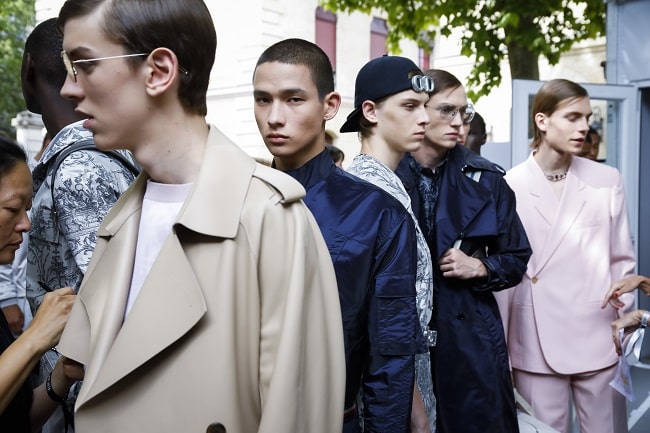 Previously, Jones has made a point of collaborating with some of the industry’s hottest names – who just happen to be his closest friends. creative artist KAWS and legendary Japanese illustrator Hajime Sorayama were both drafted in to set the catwalk alight at the SS19 show and AW19 respectively. Highlights from the SS19 show included the alternative tailored blazers and trousers, white shirts with sheer floral decoration at the waist and imaginative pearlescent puffer jackets. There were, of course, an abundance of brazenly branded logo sweatshirts too. The technology was a recurring theme for the AW19 collection, with a pre-party at Tokyo’s famous Robot Restaurant featuring a dinner show showcasing Japan’s love to kitschy characters and robots. Jones has overtly stated that Sorayama’s seductive cyborgs from the ’80s were also a huge influence on the collection. 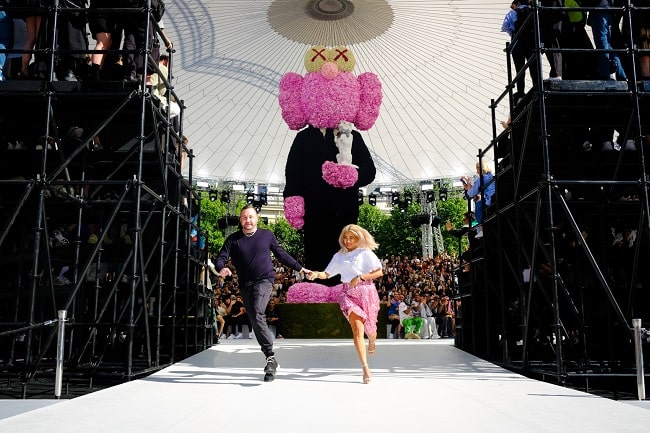 Jones has always been a pioneer for athletic streetwear (see in fact how his designs contaminated European and British gym apparel brands), so it makes sense that he’s perused his love of reworking couture for the modern crowd in his latest Dior collection. Known for his effortlessly edgy, athleisure approach to menswear design, Jones set the bar high at Paris Fashion Week. He featured pieces with his almost-signature motifs, the designs were adorned on jackets, knits, tees and sweaters to name a few. His loyal celebrity following didn’t let him down either, with a red carpet-worthy front row comprised of Kate Moss, Naomi Campbell, Robert Pattinson and Christian Ricci. During his time at Dunhill, the designer formed close bonds with the elite, such as A$AP Rocky and Kanye who have supported his ventures ever since. 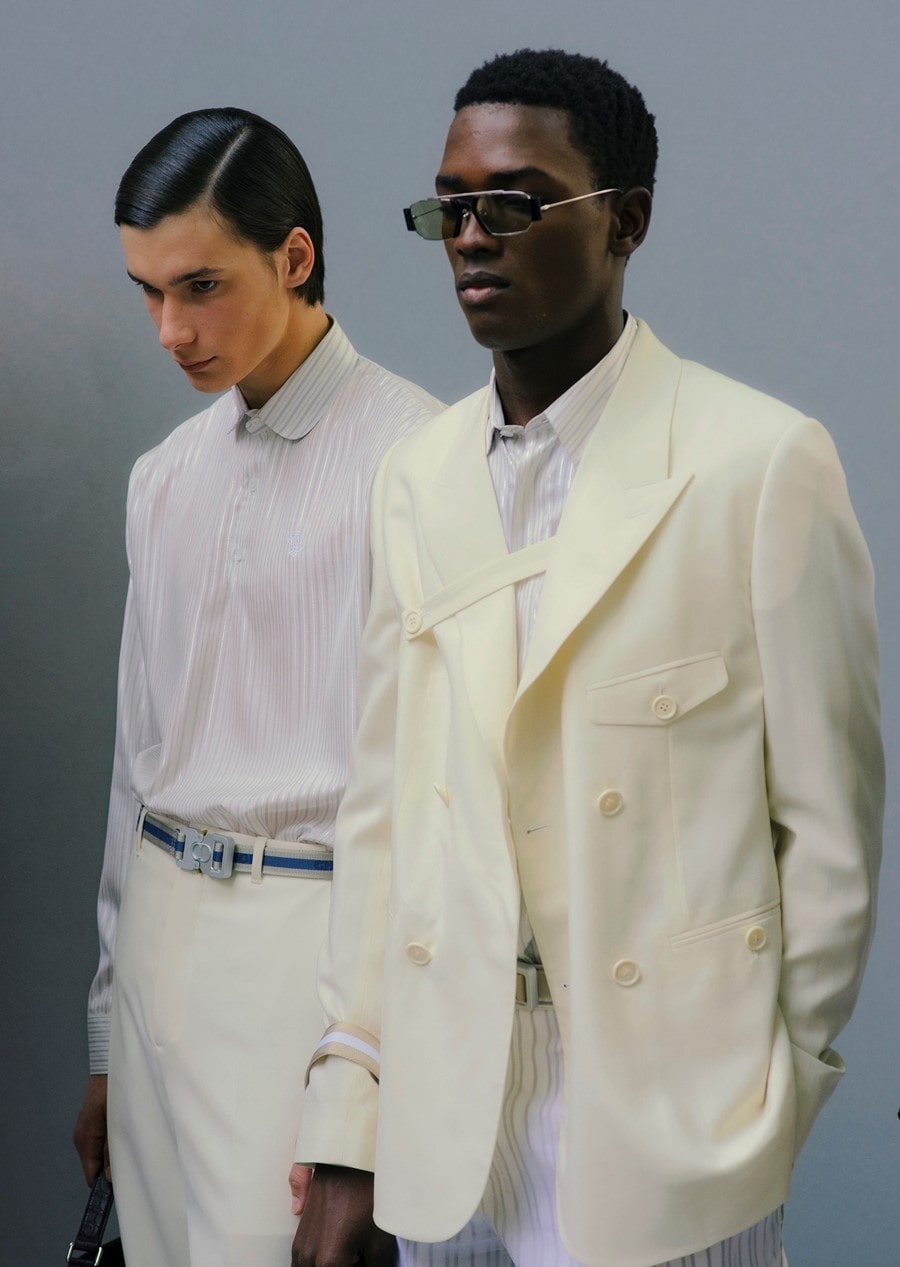 Kim Jones isn’t simply an icon of style for his creations. His contributions to the culture of fashion and the industry as a whole have set him apart from other designers of his time. He’s immersed himself in a fashion far beyond the clothes he wears and the collections he releases. What’s more, at just 39 years old, Jones still has a whole lifetime of awe-inspiring work ahead of him.