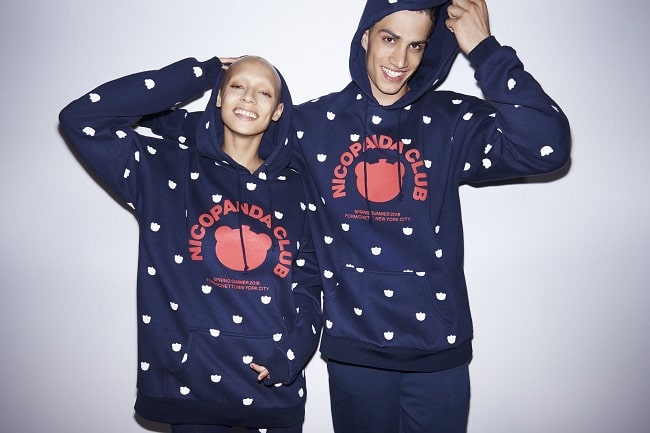 In 2019, what’s good enough for the guys is good enough for the girls, too – assuming it comes in the right size. In more and more runway presentations, such crosspollination is evident: You’ll spot womenswear-esque accoutrements on male models, while menswear fits don’t look particularly butch in the women’s presentations. The latest Oscars followed this pattern: A visible percentage of female actresses stepped out onto the red carpet in suits – and not the pantsuit variety – and a handful of male stars wore more androgynous silhouettes, including Black Panther’s Chadwick Boseman. Although most would be quick to dismiss this shift as a large-scale Gigi Hadid-Zayn Malik switch off, after their off-the-mark Vogue cover story, it’s part of a greater cultural swell, one – for the time being – where unisex and genderless fashion are less taboo. Let’s go back to the beginning:

Somewhere in the late ‘00s

Although unisex and genderless fashion have appeared at various points in history, modern dabbling stretches back to the 1960s’ second-wave feminism movement and goes through ‘70s, ‘80s, and ‘90s versions of androgyny. The late ‘90s and early ‘00s experienced a nadir in many ways: Tacky, tawdry, and heavily gendered clothing for both sexes. Just as a guy wouldn’t want much to do with a thinly constructed, hanky-hem skirt, oversized bowling shirts held minimal appeal for women. Yet, on the high-fashion end, Rick Owens and Raf Simons brought in brief bursts of androgyny, through shapeless, dress-like silhouettes that appeared almost futuristic: They resembled sci-fi films where everyone dons the same drab coverall. The next decade, Hood by Air, Nicopanda, and J.W. Anderson followed with their own interpretations: Frilly and overly pink for the former Lady Gaga stylist to ‘70s-esque for J.W. Anderson. By 2015, GQ declared gender-neutral fashion the “new normal.” 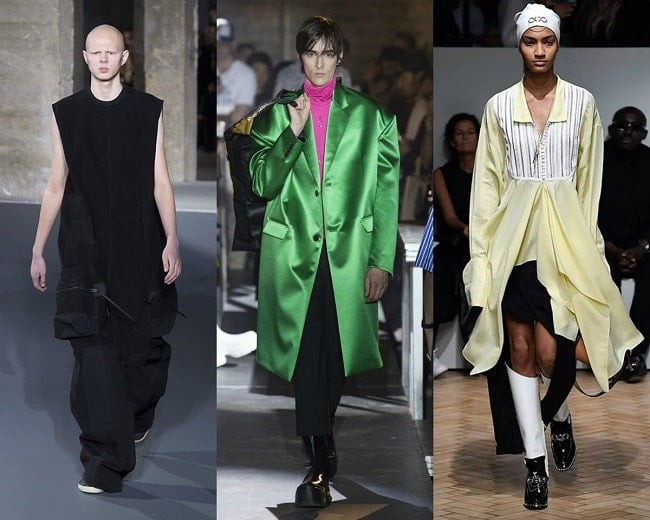 Yet, this “new normal” strictly applied to runway presentations that were, in spite of their gender-bending intentions, nearly binary. Androgynous models, like Andreja Pejic in a wedding dress and Erika Linder for Tom Ford, visually symbolised this crossover, while the actual designs themselves simply paired typical women’s fits and accents – whether tulle, bows, or skirts – with menswear pieces offering a stronger foundation. In spite of these seemingly looser boundaries, most interpretations felt like a strange grab-bag that wouldn’t really work for everyday wear. How many of us could wear Nicopanda to the office, save for their hoodies? In one sense, Jaden Smith casually wearing a skirt in a Louis Vuitton ad normalised it. As much flack as he’s gotten for riding his parents’ coattails, that campaign, which he first previewed on Instagram, took the polish and myth off: The fact is, we can all do this to some extent. Although ‘90s rock stars, including Kurt Cobain and Billy Corgan, attempted to convey that by wearing dresses and women’s accessories on stage, it felt forced and awkward at the time. Smith’s casualness – plus better campaign photography – set the foundation for Ezra Miller’s getups on the Fantastic Beasts: The Crimes of Grindelwald promotional tour and for Harry Styles’ occasionally womenswear-sourced looks. 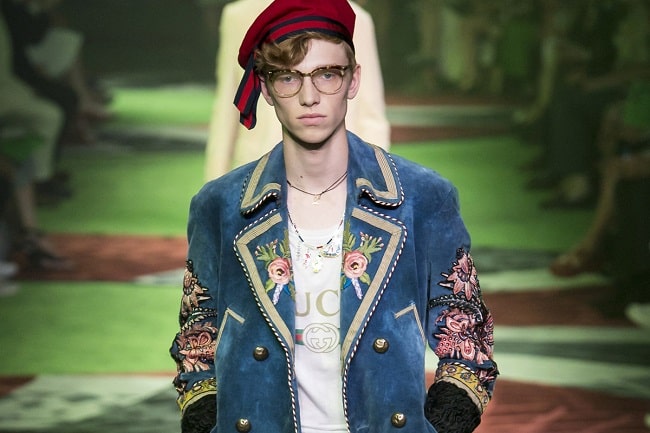 Taking from two extremes creates an average, but it’s a medium place that never quite fits. It’s too much of one thing or not enough of another. As such, the next evolution in gender-neutral fashion is the fluid collection. Although pieces have separate men’s and women’s sizing and cuts, materials and colours indicate some kind of connection. Public School, back in 2015, introduced its womenswear debut through the context of its more-established menswear line, using the same fabrics without resorting to androgynous silhouettes. Since then, other women’s brands – Christopher Kane, Isabel Marant, and more recently, LVMH Prize Winner Marine Serre – have introduced related menswear collections, all based on the belief that certain original elements drew male shoppers. Coed Fashion Week shows often illustrate this. While some proclaim that blended shows make separate menswear presentations obsolete, viewers get a better sense of that fluidity once men’s and women’s silhouettes get mixed together. Sizing might not quite be unisex – although men’s sizing down to XXS makes certain pieces more accessible to women – but that suit-versus-gown dichotomy is less evident. Gucci is one such example: From jackets and knits to pussy-bow blouses, Alessandro Michele’s ritzy bohemian vision appears to fit everyone. 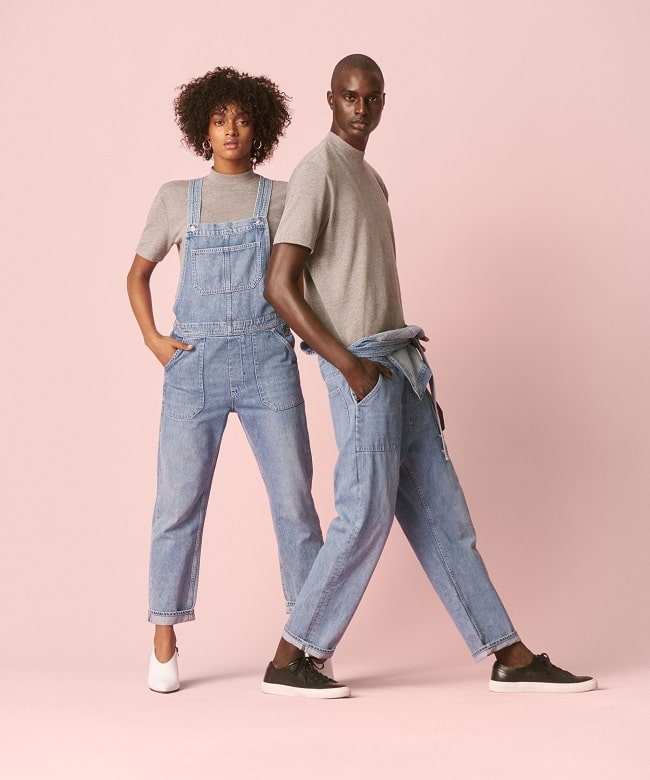 The “Clothing for Everybody” Movement

Gen Z has distinguished itself from its older Millennial sibling in several regards – particularly that, according to a survey from The Fawcett Society, over 40 percent of adults 18 to 24 believe that gender isn’t binary. Brands have started adjusting their strategies to court a new consumer that prefers the fluidity and ambiguity of streetwear to the defined boundaries of smart-casual basics. Beyond just looking at the omnipresent streetwear influences, the gender-blurred brand has emerged. Rad Hourani paved the way roughly 10 years ago, but over the past few years, Charles Jeffrey Loverboy and Eckhaus Latta have proven that ‘90s-esque fits – club kid and elevated skate culture, respectively – look good on everyone. On the everyday end, the menswear-for-women brand – with Wildfang being one of the most prominent – eliminates the need for women to seek out and tailor smaller-sized men’s pieces. H&M and Zara, too, have dabbled in unisex collections that, somewhat disappointingly, don’t go beyond low-key streetwear fits. 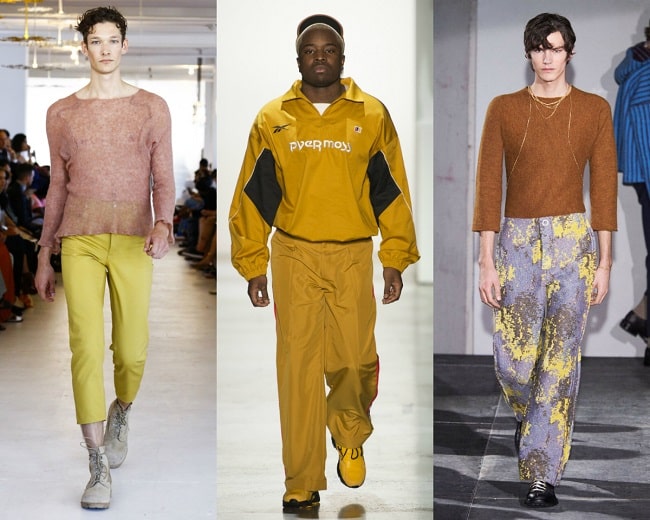 Selfridges, in a sense, attempted to alleviate the awkwardness of shopping alone in the women’s section with its Agender pop-up, a unisex shop conceived by designer Faye Toogood that carries genderless and unisex pieces from 45 established and up-and-coming labels. Shoppers, here, have the option of browsing just by colour, fit, and style – no gender attached. As perhaps the apex of all this, the CFDA added a unisex/non-binary category to its annual award, with unisex label Pyer Moss winning the latest prize. The LVMH Prize for Young Fashion Designers, while not having a proper unisex category, has also seen an influx in gender-free brands. For 2019, unisex labels Hed Mayner, Kenneth Izex, Bethany Williams, and PHIPPS are among this year’s eight finalists. 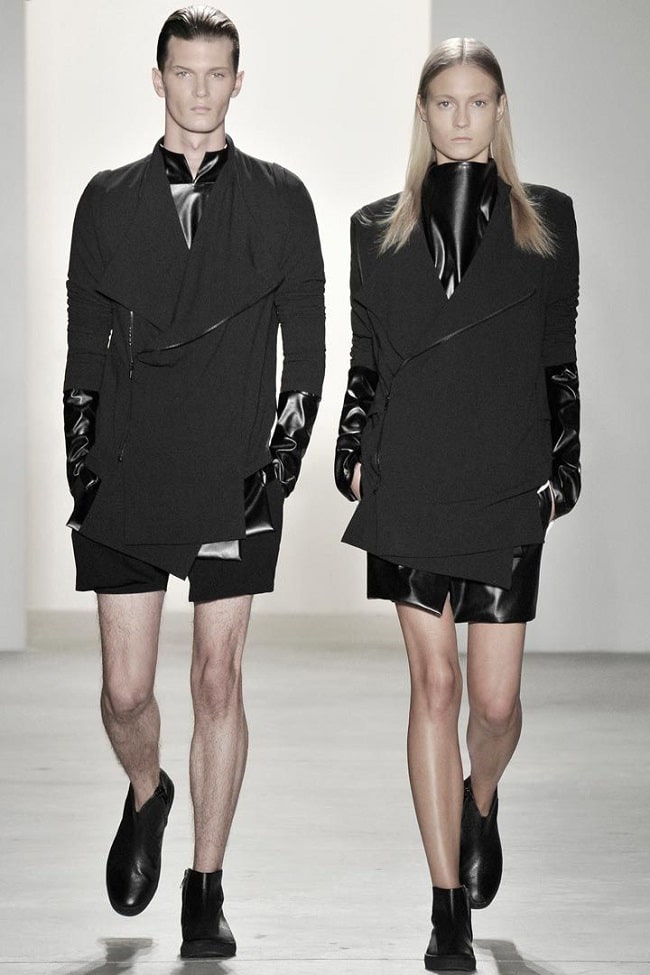 Would you ever buy 'Unisex' Clothing? #Style #Fashion