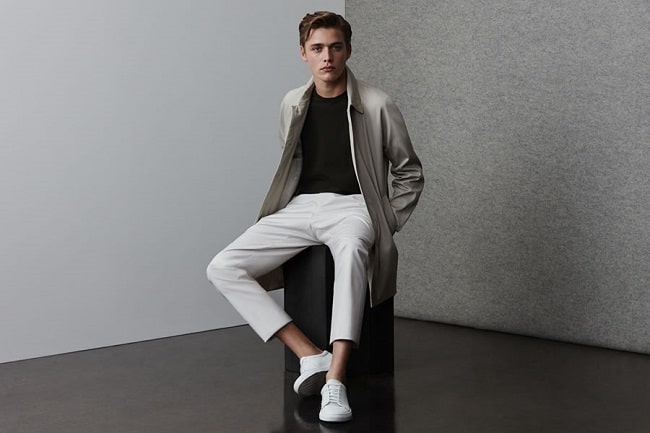 We’re living in an antithetical Horders world. Contrary to the image of homes (and wardrobes) packed to the gills in all sorts of stuff, this post-Marie Kondo landscape means paring down (and even paring down again) your belongings. That “Does it spark joy?” concept has even crept into the aesthetically excessive streetwear market: Back in February, multiple sources reported that Grailed.com saw an influx of listings. If you’re not caught up in the hype (and don’t want to spend a month’s salary on Depop), it’s a simple solution for grabbing that impossible-to-find collab collection. But, this to-the-bare-minimum approach that’s an inch above ascetic has also shed light on minimalist menswear, and what it means, in this day and age, to truly keep things down to basics. For a head’s up, it’s far more than cleaning out your wardrobes and feeling satisfied. Although, that idea itself makes a solid starting spot. Let’s explore what it means to be minimalist in a menswear sense:

Where All This Minimalism Comes From

Men’s fashion is so full of patterns, flashy colours, and once-and-done limited-edition collaborations, you’d think we were living back in the ‘80s. Not aesthetically, of course. Instead, menswear’s going through its own Dynasty-meets-Wall Street era where flaunting your (high dollar) style is expected, and greed is good. Only, it’s for the latest Supreme drop and not, say, that house in the suburbs. Especially at last year’s London Fashion Week, runway presentations illustrated this change. Tailoring took a distant backseat until recently; taking its place, neon, slouchy fits, glossy fabrics, and ‘90s-based silhouettes eclipsed what we’ve all considered menswear’s cornerstone. Yet, this past year, suiting gained some of its lost ground and, by absorbing some streetwear-fueled elements, hinted at its essentialness to hypebeasts. Minimalism marks a secondary reaction. Think smaller – and fewer – collections, neutral colours, and fits rooted in no particular place in time. On the other hand, minimalism shouldn’t be confused with classic or timeless style. There’s some overlap – for instance, pieces should last multiple seasons, and quality over quantity is expected. But, “classic” often evokes mid-20th century silhouettes that return at regular intervals. As one strong example, the camp collar shirt fits into these categories. On the other hand, if you add beach chair stripes, it’s still “classic” – you could, for instance, easily picture a Kennedy, both past and present, wearing one at Martha’s Vineyard. The print, however, edges it out of minimalist fashion. It’s simply too busy and not versatile enough to have staying power. 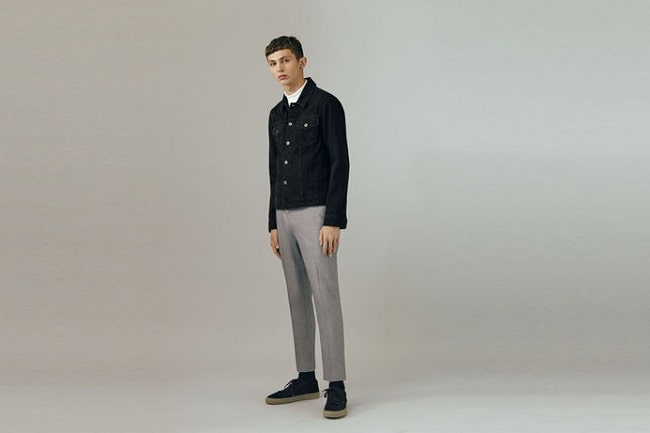 So, then, if all prints are out but some silhouettes are in, what counts as truly minimalist? To start, minimalist menswear ends up being both an approach to your wardrobe, and a specific aesthetic. As a foundation, the whole point is to keep your clothing choices down to the most versatile pieces. To sum it up, it’s the whole “build up your basics” approach you’ve read about on countless menswear websites, but taken to an extreme. Whatever you own should pair well with everything else in your wardrobe. There should be no “I don’t have anything to wear today!” moments that eventually propel you to go shopping, and fill your wardrobe with more stuff you don’t have space for (and that won’t match most of the items already there). In one sense, it’s the menswear equivalent of Henry Ford’s interchangeable parts concept. 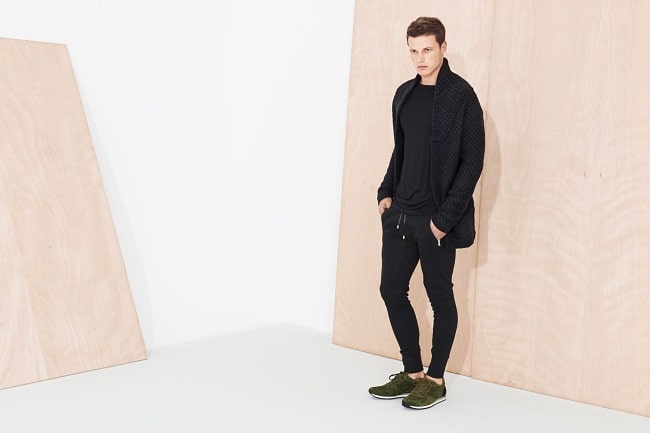 Yet, if you’re strategic enough, you could play this card when it comes to prints. Instead, minimalist menswear is visually built upon multiple pre-existing concepts: the clean lines and stark yet basic colours of ‘60s and ‘70s artistic minimalism, that whole Scandinavian fashion wave from a few years ago, the current appreciation for utilitarian Japanese fashion, and the admiration-bordering-on-obsession for “perfectly effortless” French style. It’s the male version of “French women don’t get fat”: Those blokes across the English Channel always look so put together. Visually, the product appears as the clothing equivalent of contemporary décor: Modern but not trendy, angular and clean but not harsh, and fluid without appearing flowy or baggy. Colours stay around the white-grey-black trifecta, with excursions into navy and tan. A single pop of colour is fine on occasion – but nothing more. Nothing should be too tight, but neither should it fully consume your frame. And, above all, nothing about it should ever appear calculated. By that point, “try hard” is more than a whiff. 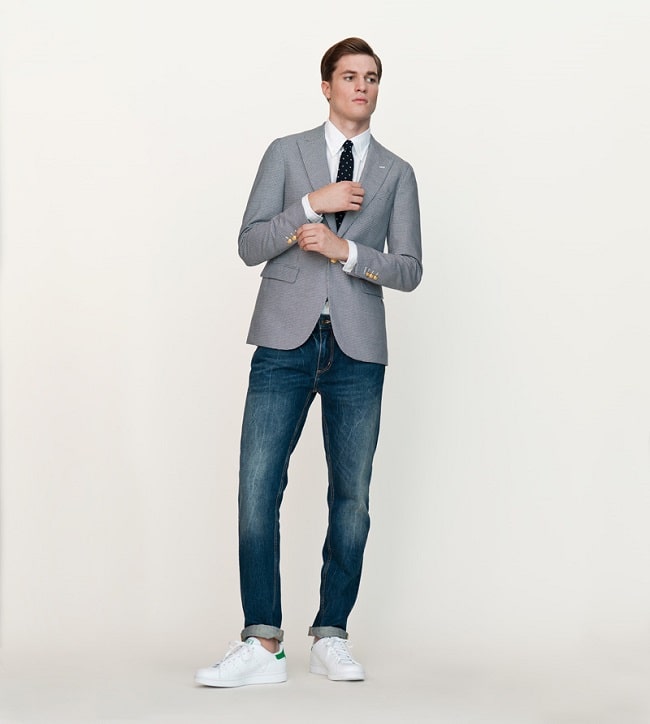 To some extent, you should already be able to do this with the items in your wardrobe. We’ve all got some black jeans, a white tee, and a grey unstructured blazer hanging around, and those lace-up boots you wear to work should finish you off. But, if this is where it begins and ends, evaluating your wardrobe might be in order. To begin, look at every piece, and think about what you can wear with it. If it won’t match at least half of the items, it likely won’t fit the bill. Depending upon how extreme you’re willing to go, some purging might be necessary. The goal, here, is to have several “parts” that fit in and work with most of the items in your wardrobe without having your daily looks seem same-sy. On the other end, Richard Gere’s Armani wardrobe in American Gigolo is aspirational minimalism. Beyond just the whole business-as-pleasure concept, those blurred lines carry over to the flick’s apparel choices: The grey and tanned Armani suits never come off as forced, and even proper business dress appears literally and figuratively buttoned down. So, looking at this through a more modern lens, your style should never be “too much” of anything. Tailoring shouldn’t look too precise, so that everything seems too boxy and angular. A suit should seem “off the rack” – as if you slipped it on and it fit nearly perfectly. It should be good enough that you can go without adjustments. 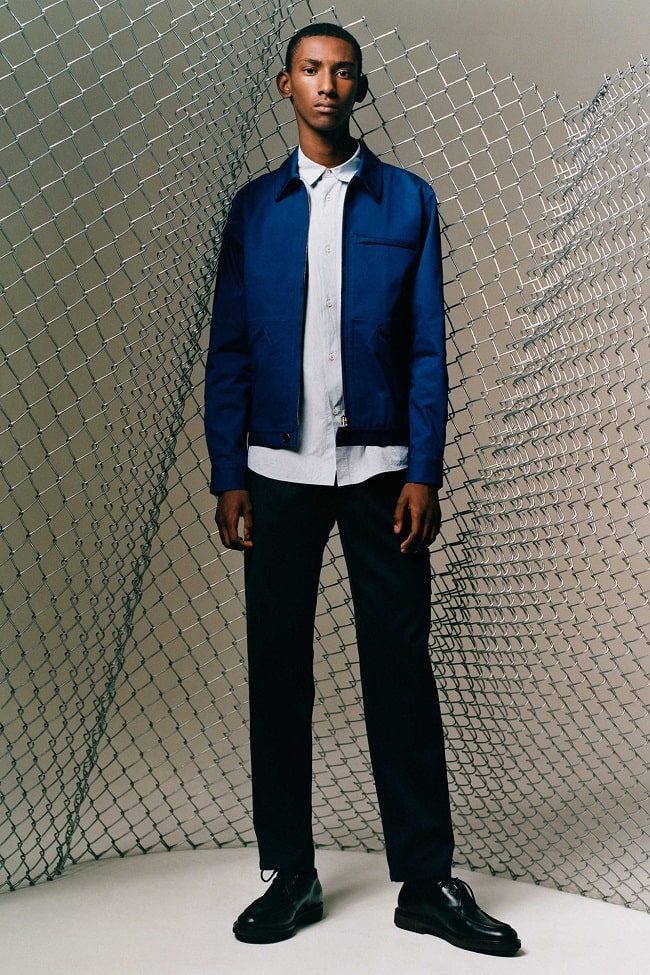 Colours, too, shouldn’t get too monochrome, but there shouldn’t be so many that your eye doesn’t know where to focus. Some say look to the rules of three, and others advise you to always take away one item before you dress. Either way, realise that sporting white, black, navy, and grey at once appears too busy, even though you’re staying within the most versatile palette. As well, think beyond T-shirts and jeans. They’re a crutch for many men and an easy place to cling to. Yet, especially for the job, you’ve got to expand your horizons. Minimalism’s equally adaptable to chinos, polos, and button-fronts. A grey blazer and a black bomber then let you change things up based on the setting. As the final piece to all this, activewear isn’t exempt. Although your gym kit easily falls within the realm of black, white, and a bit of grey, minimalism’s practical side also surfaces here. Pieces need to look good – no clinging tanks or baggy joggers – and need to function. Moisture-wicking is the minimum, and breathable, cooling fabrics give you the most mileage.