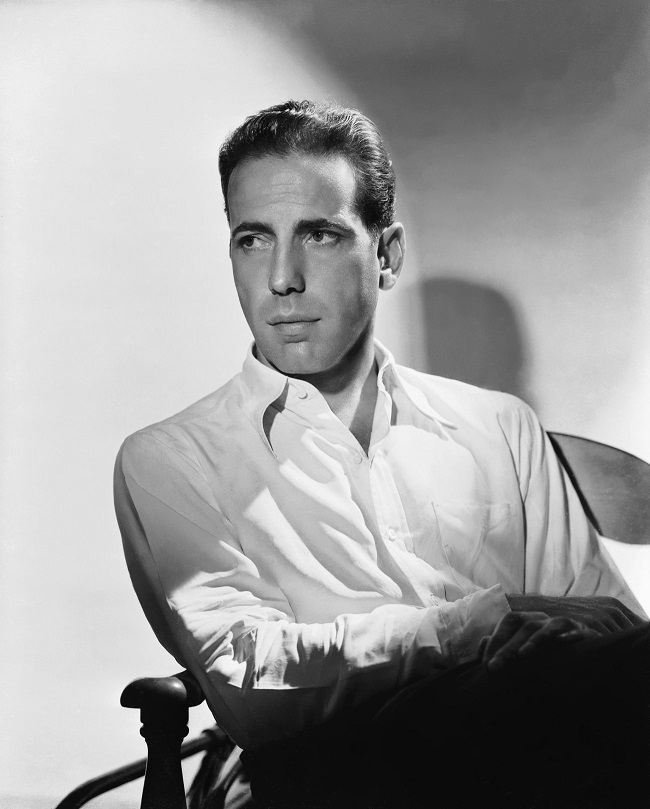 The male workwear wardrobe has evolved, with the strict business suit now replaced with sneakers and sweatshirts. Opening the doors to the historical workwear wardrobe, Woodhouse Clothing has picked out the most popular fashion trends from every decade in the last century, exploring how and why they’ve changed so much. Woodhouse Clothing teamed with Former Vogue Australia Editor and fashion trends expert, Tony Glenville to answer some key questions on how key historical events including WW2 impacted fashion.

During the 1940s fabric rationing and cutbacks in clothing production meant clothes were basic. Most men were at war wearing uniform, and colours were dark, getting notably brighter when the war came to an end. 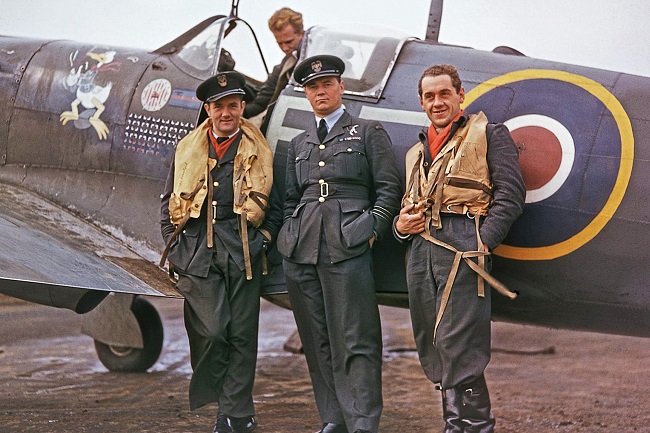 Class structure was still very much part of everyday life, it had been shattered by the war but working people in manual and dirty and hard jobs, both male and female, were very different to those in office jobs. Things like the mills and the mines still employed a lot of people for a few years after the war. Outside toilets were common until the end of the 1950s. It was an old fashioned pre-war world and very grey until 1953. When the war ended two things happened; firstly rationing continued (1941-1949 - eight bloody years!) and secondly men were demobbed and given a demob suit. According to figures, 75,000 were made a week, so sizing was often not great! Many men went back to looking for a job and working in factories and manual labour became big. Men changed from smarter clothes to workwear to preserve their suits and more formal clothing. 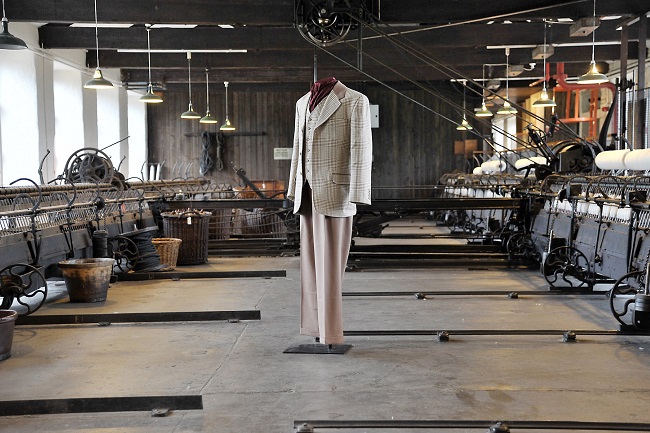 The Queen’s Coronation in 1953 saw the end of rationing and the arrival of gold, colour and pomp and ceremony. Suddenly everyone wanted a television to watch it on, but many couldn’t afford this luxury, like a fridge or a Hoover they were not for everyone! It’s another world and only 60 years ago! Clothes rationing and the coupons required during the war to purchase clothes, plus fabric shortages, meant clothes were precious.

Mend and Make Do

Make do and mend was the slogan, and motto, of those years to extend the life of clothes and since ready to wear and off the peg fashions were still not huge operations, everyone was in the same boat. 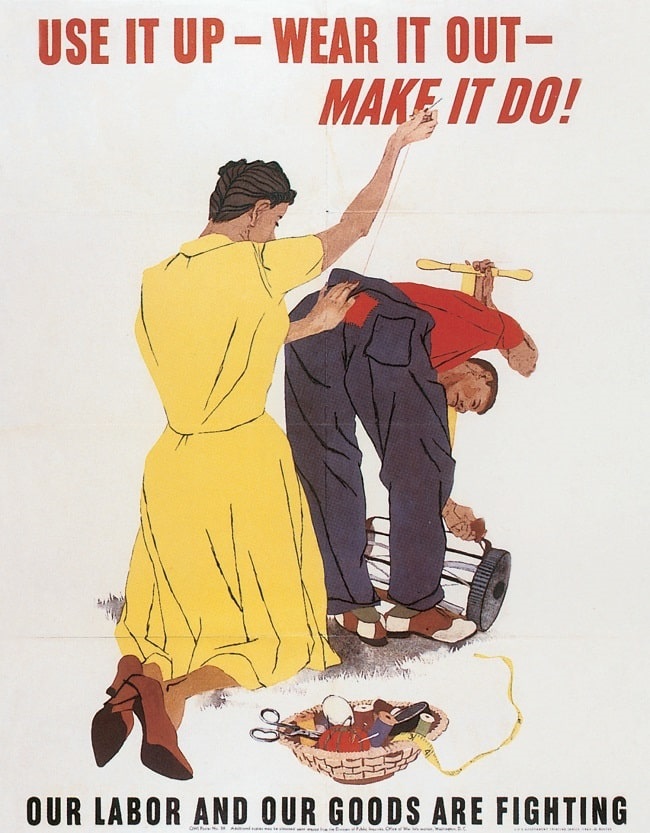 Fashion Ration - Men wore utility clothing to work due to the rationing of fabric. This meant no pockets, no cuffs, and no embellishment.

Demob suits - Preceding the war, all servicemen returning home were issued with a formal three-piece suit, many of these were made by a company called Burtons.

Military Jackets - The military jackets we see today are inspired from the RAF pilots in the 1940s. Navy blue with gold buttons, the uniform was sleek and stylish.

Key colours – Colours stayed similar the 1930s as the country went through a time of loss and mourning. The cheap fabric also effected the choice of colours that were worn during the decade. 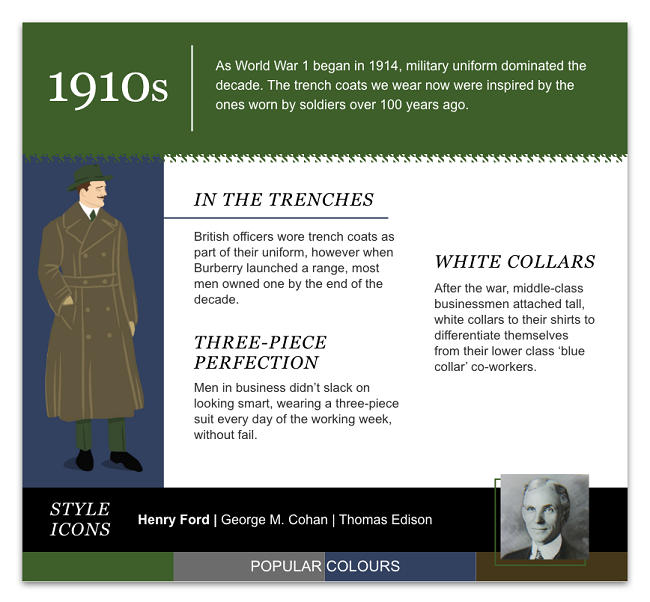 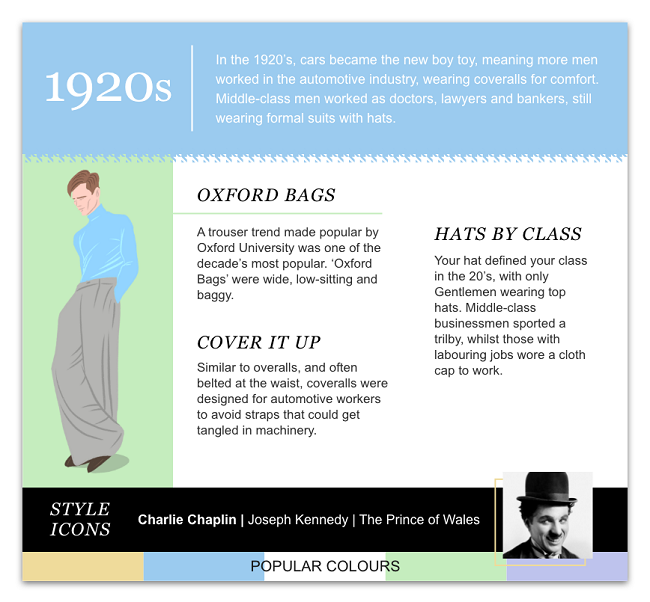 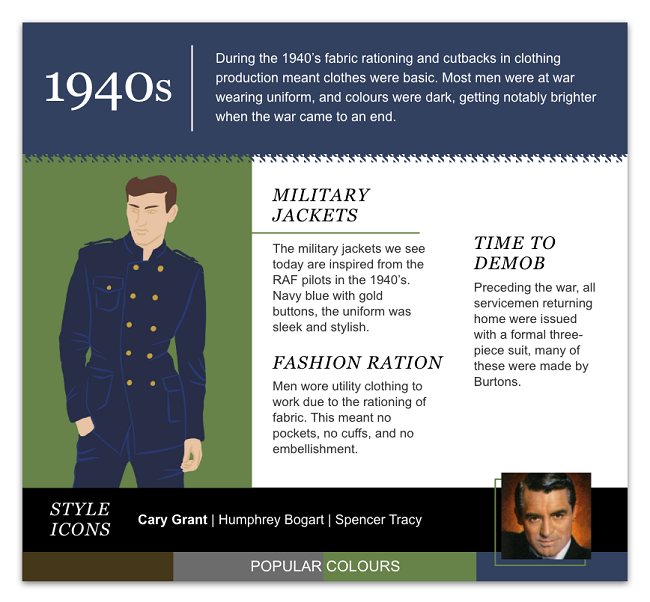 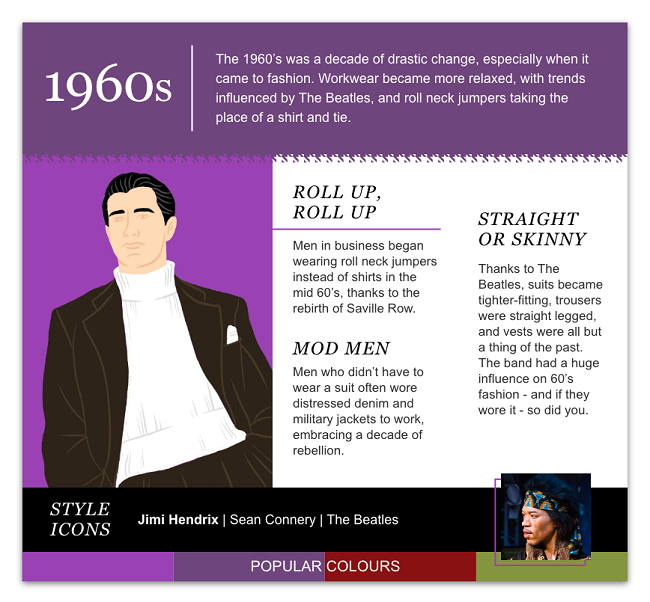 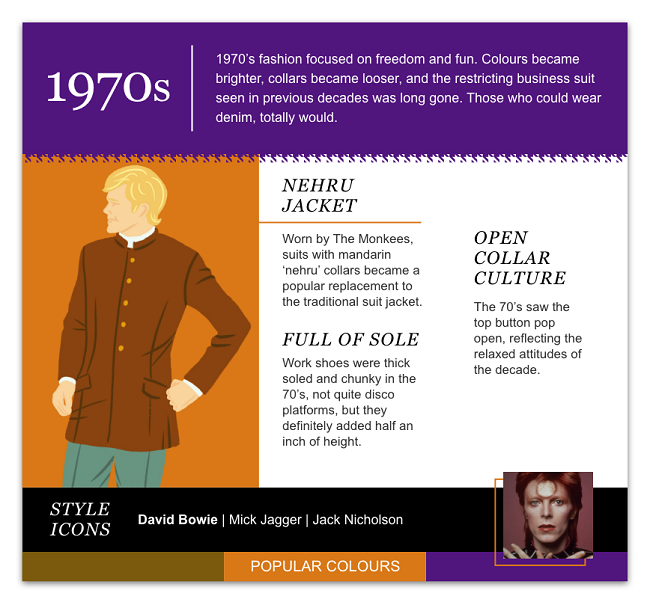 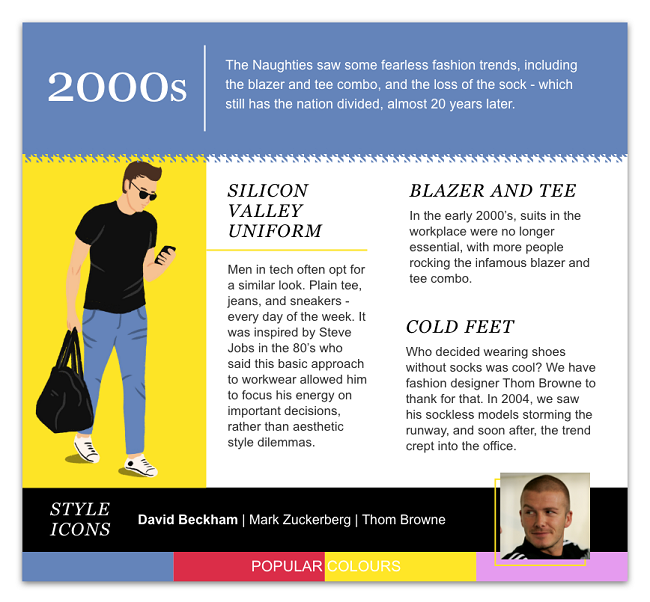